In the latest evolution of Prada Extends - a series of live events across the globe created with and curated by British-Canadian electronic musician Richie Hawtin aka Plastikman, harnessing the power of music to unite - the concept arrived in Miami, an epicenter of culture and design, on December 1, 2022, for a unique celebration.

A Prada collaborator who has devised original soundtracks for a number of the brand’s runway shows, Richie Hawtin first devised the Prada Extends project in 2021 – it launched in November of that year at the Tanks of Tate Modern in London, with a second installment alighting in Tokyo in July 2022. In each, DJs and visual artists are challenged to create site-specific physical interactions to connect concepts, aesthetics and humanity - to extend Prada’s distinct identity into new spheres, to ignite diverse and dynamic cultural conversation.

‘Prada Extends Miami is the third chapter of our creative incubator, bringing like-minded musicians and visual artists together in a night of beautiful aesthetics and frequencies. Prada Extends Miami focuses on the bridge that Miami has always created between the Latin community and their early adoption and innovation in electronic music. The event took place perfectly in the surroundings of Art Basel, further emphasizing the strong connection between fashion, music and art,’ explains Richie Hawtin.

For the third edition, Hawtin has curated a line-up to reflect the powerful link Miami has always represented between the Latin community and electronic music, selecting a broad range of electronic-influenced artists. The line-up this time includes, along Richie Hawtin himself, Colombian multi-instrumentalist, producer and DJ Ela Minus, 22-year-old Buenos Aires-born rapper Sofia Gabanna and Slim Soledad, a DJ and multidisciplinary artist from São Paulo, also known as a member of queer collective Chernobyl. Their evocative music is fused with visual arts from an array of diverse talents: digital artist and creative coder Paola Olea, who works across generative imagery, interactive virtual reality and augmented reality; Colombian new media artist and designer Juan David Figueroa who is focused on a multidisciplinary understanding of the arts that derives from experimentation; Argentinian audiovisual artists QUALIA.AV aka Adrián Lex; and the Orlando-based interactive experience designer and audiovisual artist Ginger Leigh, aka SYNTHESTRUCT. 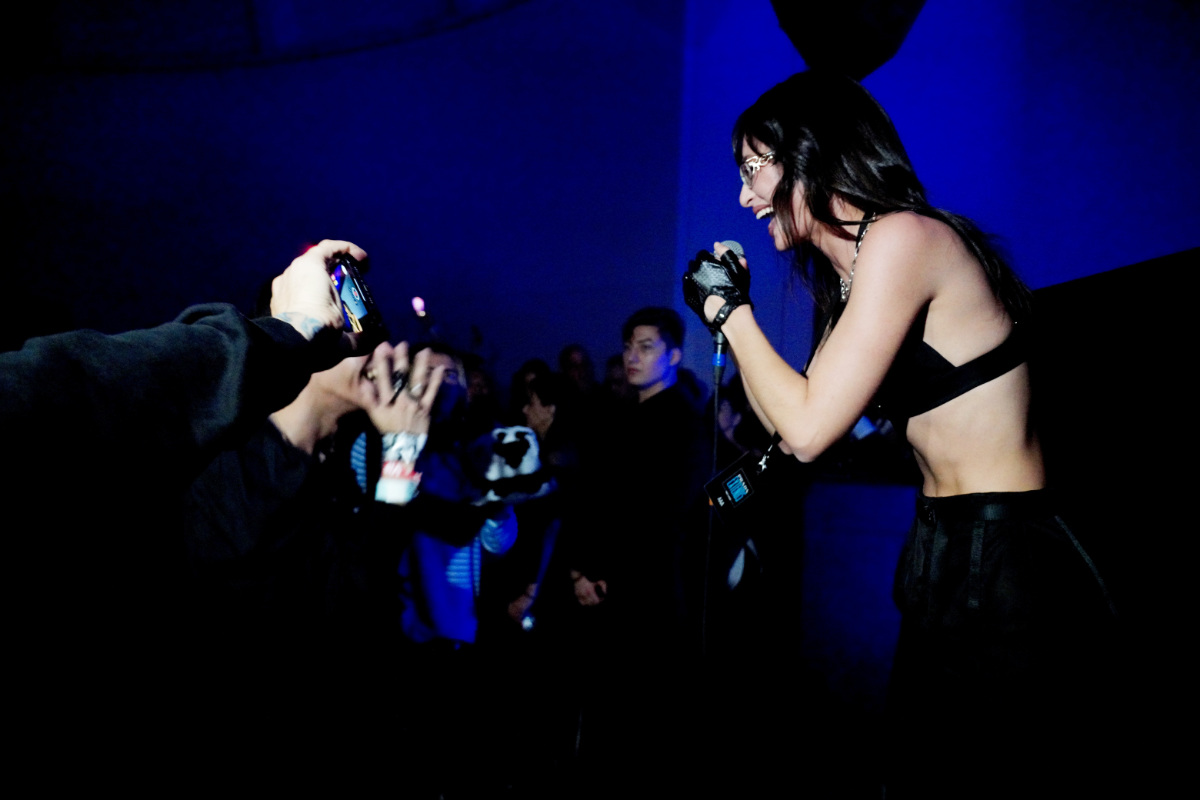 Prada Extends Miami was staged in Faena Forum, a 43,000 square foot space devised by Alan Faena and OMA. In the energetic landscape of Miami, the multifaceted and ever-transforming space is a modern echo of the ancient civic and architectural concept of the forum - a nucleus of life and society, a place to bring together people to engage and debate. It is a reflection of the central tenet of Prada Extends - a cultural arena, to inspire new ideas. 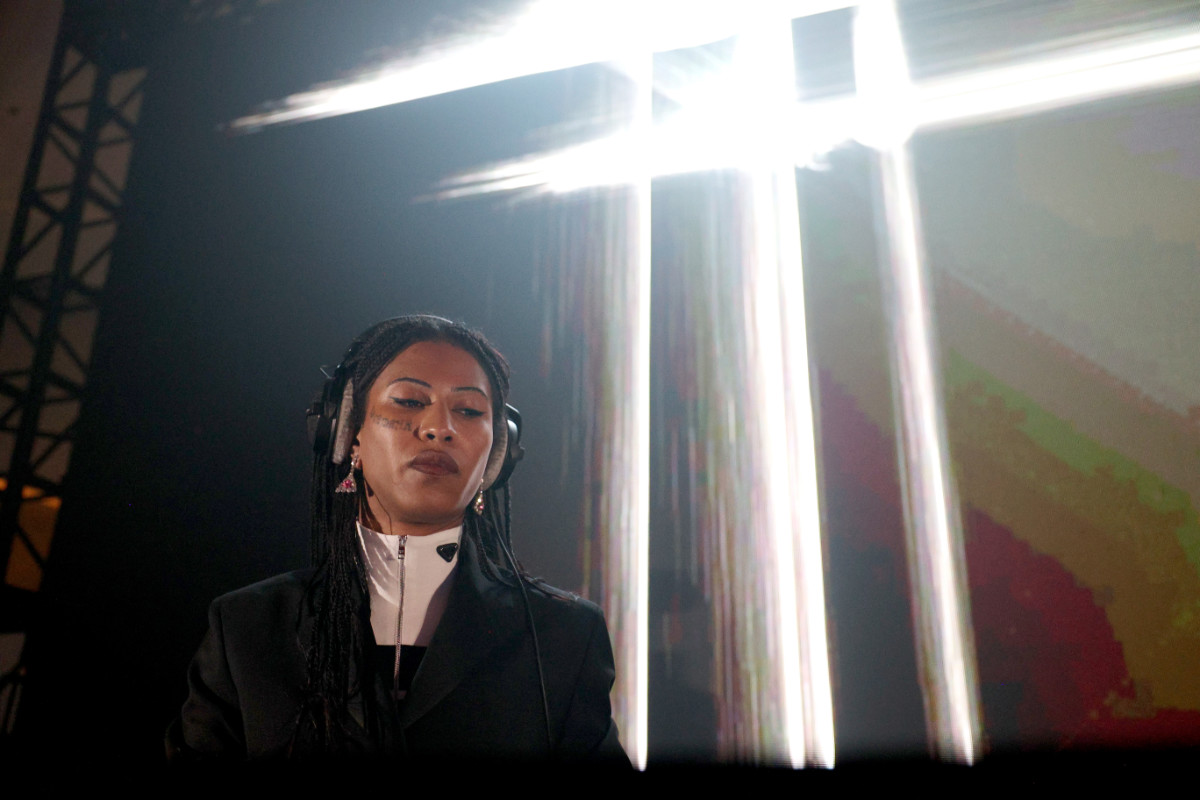 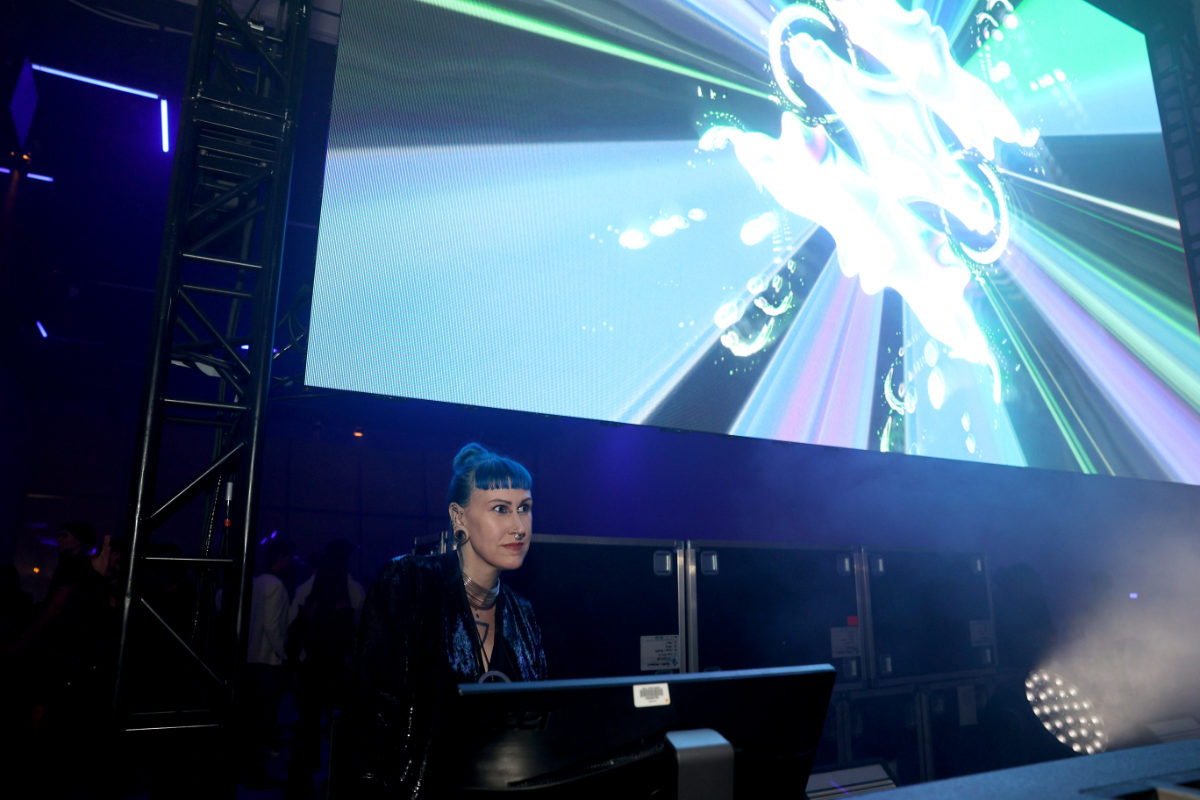