A marriage proposal is a magical moment, whether you are building up the courage to ask the big question, or joyously answering with a “Yes to Love”. 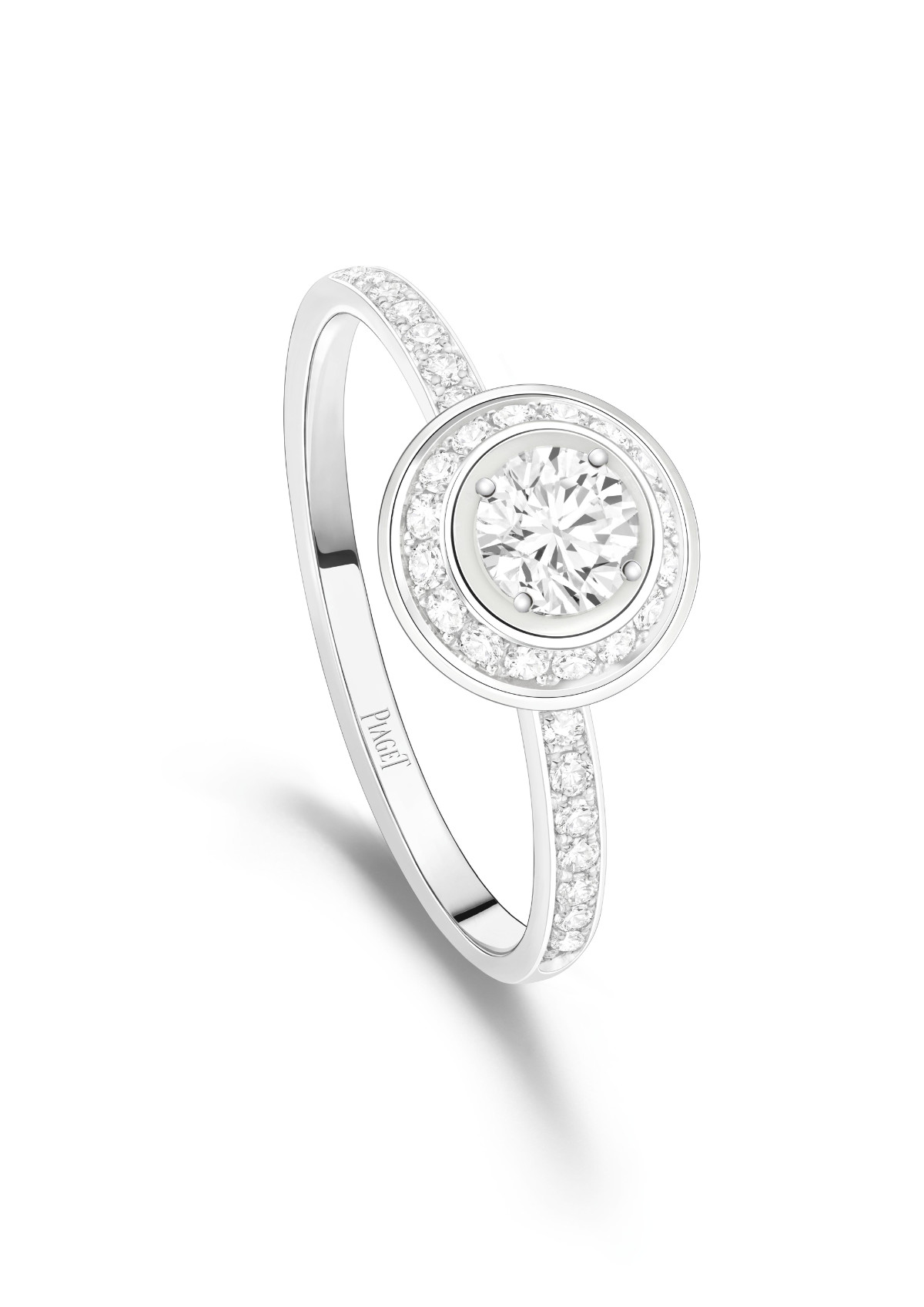 A PIAGET DIAMOND ENGAGEMENT RING IS A MESSAGE OF LOVE AND A PROMISE TO A LIFETIME OF JOYFUL ADVENTURES TOGETHER.

Combining the best of Piaget’s design with the finest craftsmanship, Piaget’s creators, gemmologists, gem setters, and jewellers work together in the creation of each engagement ring, sharing a savoir-faire that has been preciously preserved in the Maison’s ateliers for almost 150 years. Each creation is adorned with diamonds that meet the most demanding criteria in terms of their colour, clarity, cut, and carats, so that they illuminate those who have truly said yes to love and remind them every day of their love for each other.

The Piaget Possession platinum ring has been meticulously crafted around a central diamond of approx. 0.3 ct that is framed by a turning band also set with brilliantcut diamonds. This playful ring with its spinning elements will remind you of how love makes your head spin. 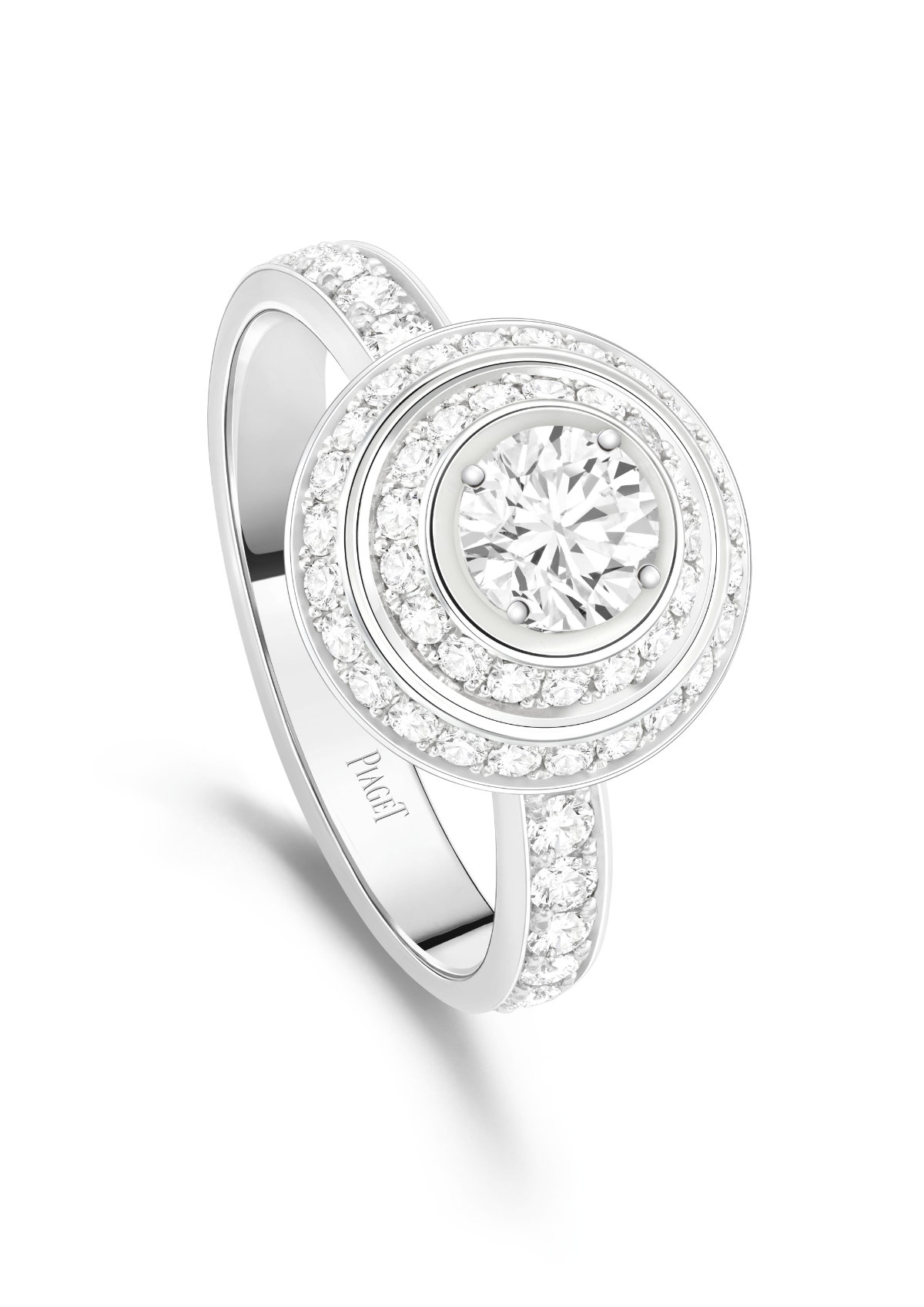 What better way to celebrate a future life together than with this Piaget Possession platinum ring with two turning diamond rings that dance around an exquisitely-cut solitaire diamond of approx. 0.5 ct. to celebrate the magic and wonder of a lifetime of love makes your head spin.

Piaget epitomizes daring creativity – a quality that has continued to permeate through the Maison since its beginnings in 1874. From his first workshop in La Côte-aux-Fées, Georges-Edouard Piaget devoted himself to crafting high-precision movements in a feat that formed the very foundations of our pioneering name. In the late 1950s, Piaget unveiled the ultra-thin movements that would later become the Maison’s trademark and the cornerstone of the Altiplano collection. As a true innovator of the watch and jewellery world, Piaget strongly believed in creativity and artistic values. It is within the walls of our “Ateliers de l’Extraordinaire” where master artisans continue to harness rare skills that have been preserved and perfected from generation to generation, transforming gold, stones and precious gems into dazzling works of art. Through its pursuit of masterful craftsmanship, the Maison has created emblems of daring excellence channeled into its collections including Altiplano, Piaget Polo, Limelight Gala, Possession, Piaget Sunlight, Piaget Rose and Extremely Piaget.