A LIMITED-EDITION CHINESE ZODIAC TIMEPIECE FOR THE YEAR OF TIGER

This Chinese new year marks the year of the tiger, the king of the jungle in Chinese culture. The tiger is associated with power, dignity, and fortune. Like the tiger, people born under this zodiac sign are often considered to be ambitious, self-confident, courageous, powerful, noble, wealthy, smart, magisterial, and have an acute sense of justice. Even though they are authoritative, they have a cute and charming side when you know them well.

Piaget joins the Chinese New Year festivities this year with an Altiplano timepiece featuring a fearless tiger in cloisonné grand feu enamel. Meticulously crafted by master-enameller Anita Porchet, this limited edition of 38 timepieces depicts the tiger in all its splendour, roaring across the dial in all its majesty. The timepiece is housed in a 38 mm 18K white gold case set with 78 brilliant-cut diamonds and is powered by the Maison’s ultra-thin, manual-winding 430P movement, attesting to Piaget’s expertise in ultra-thin watchmaking, gem-setting, and artistic craftsmanship excellence. 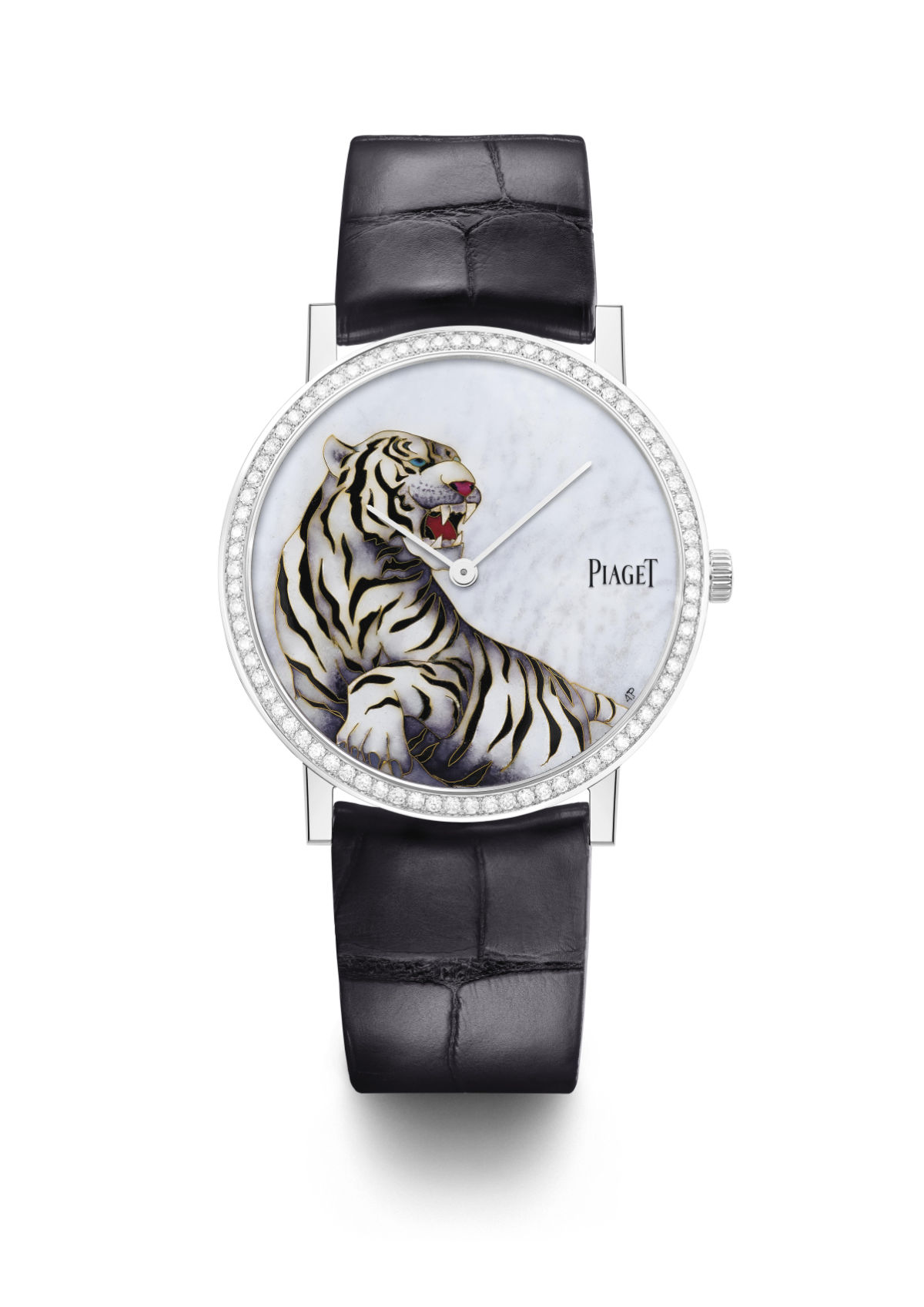 Anita Porchet has been collaborating with Piaget since 2006, and is renowned for her mastery of all the enamelling techniques. The cloisonné technique used for this Altiplano watch is a 4000-year-old decorative art. It starts with a transfer of the design onto the surface of the dial using gold ribbons to create miniature partitions, or cloisons, in which the different enamel pigments are placed. The dial is then fired in the kiln multiple times at temperatures between 820oC and 850oC. Once finished, the dial is varnished, capturing the image forever. 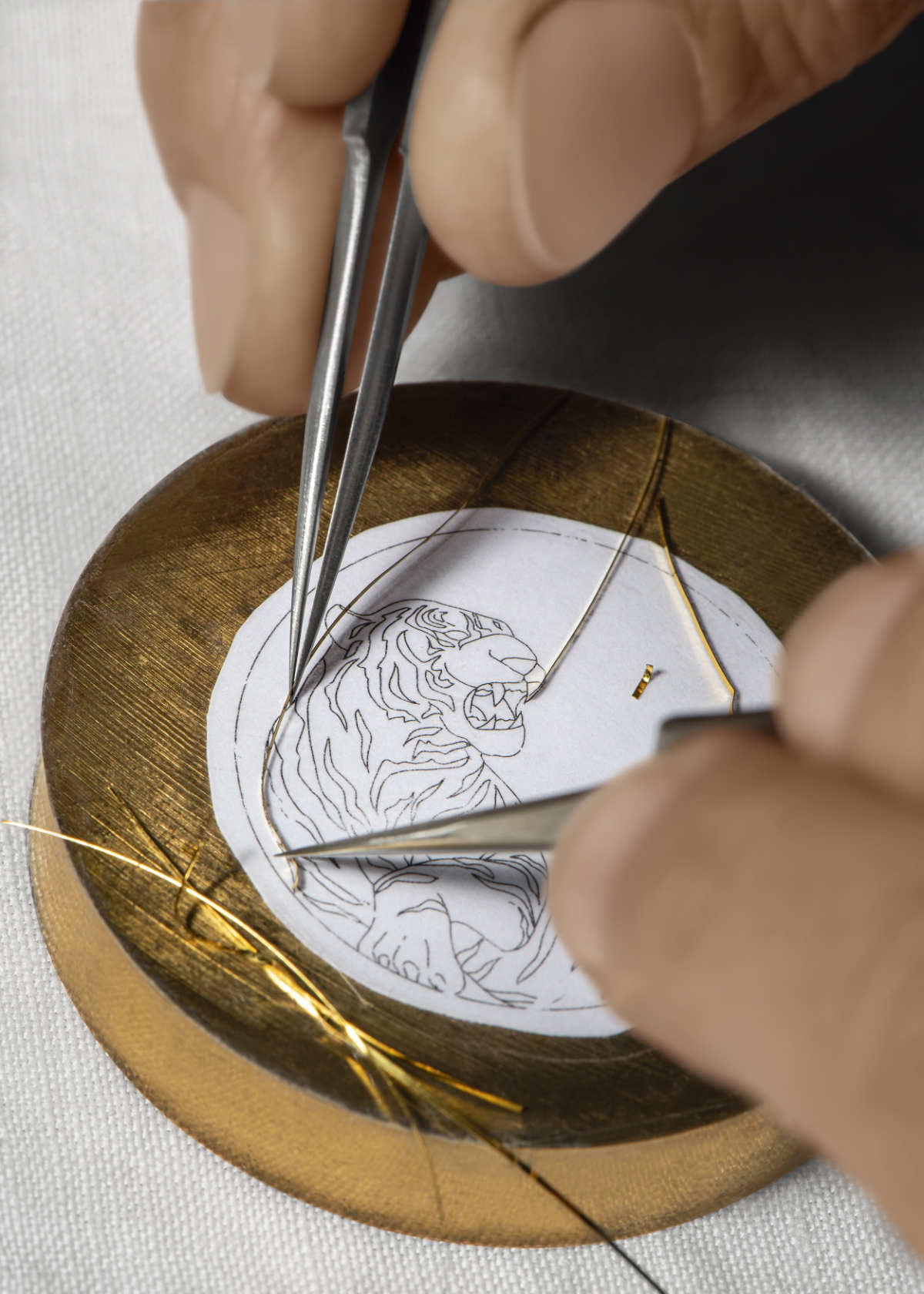 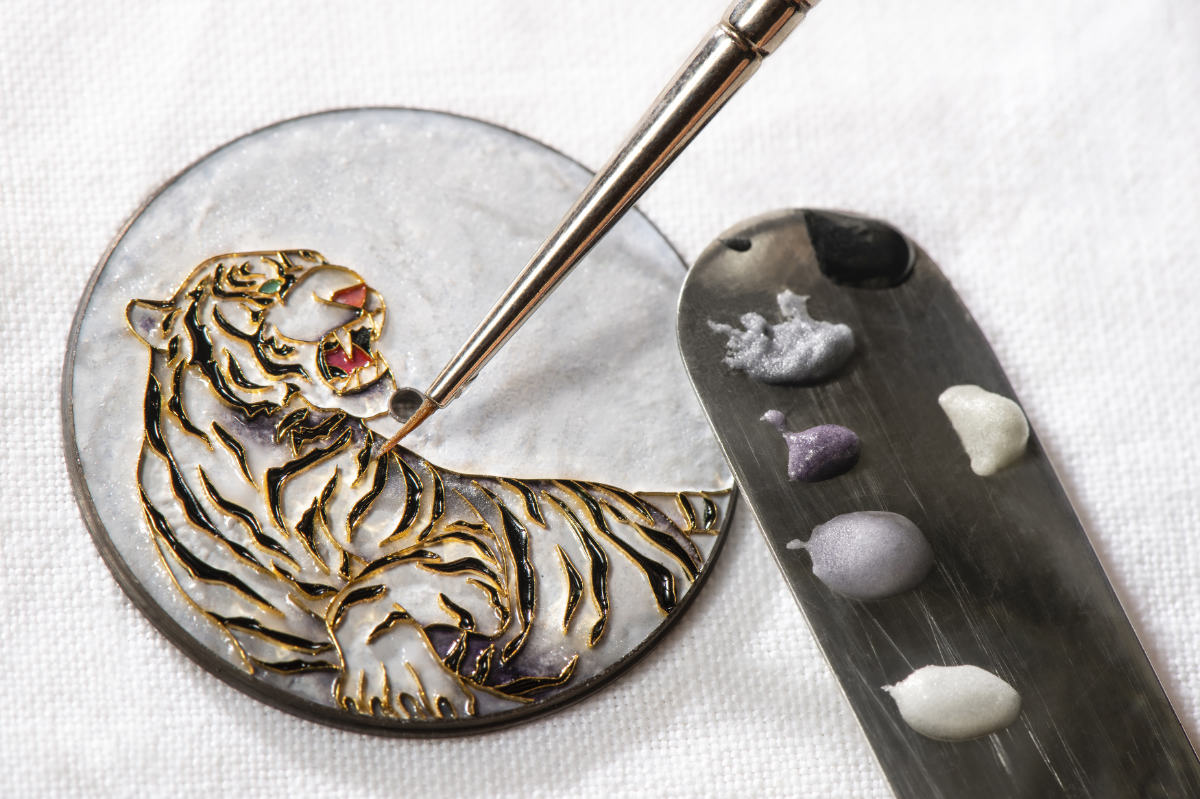 THE CELEBRATIONS CONTINUE WITH POSSESSION 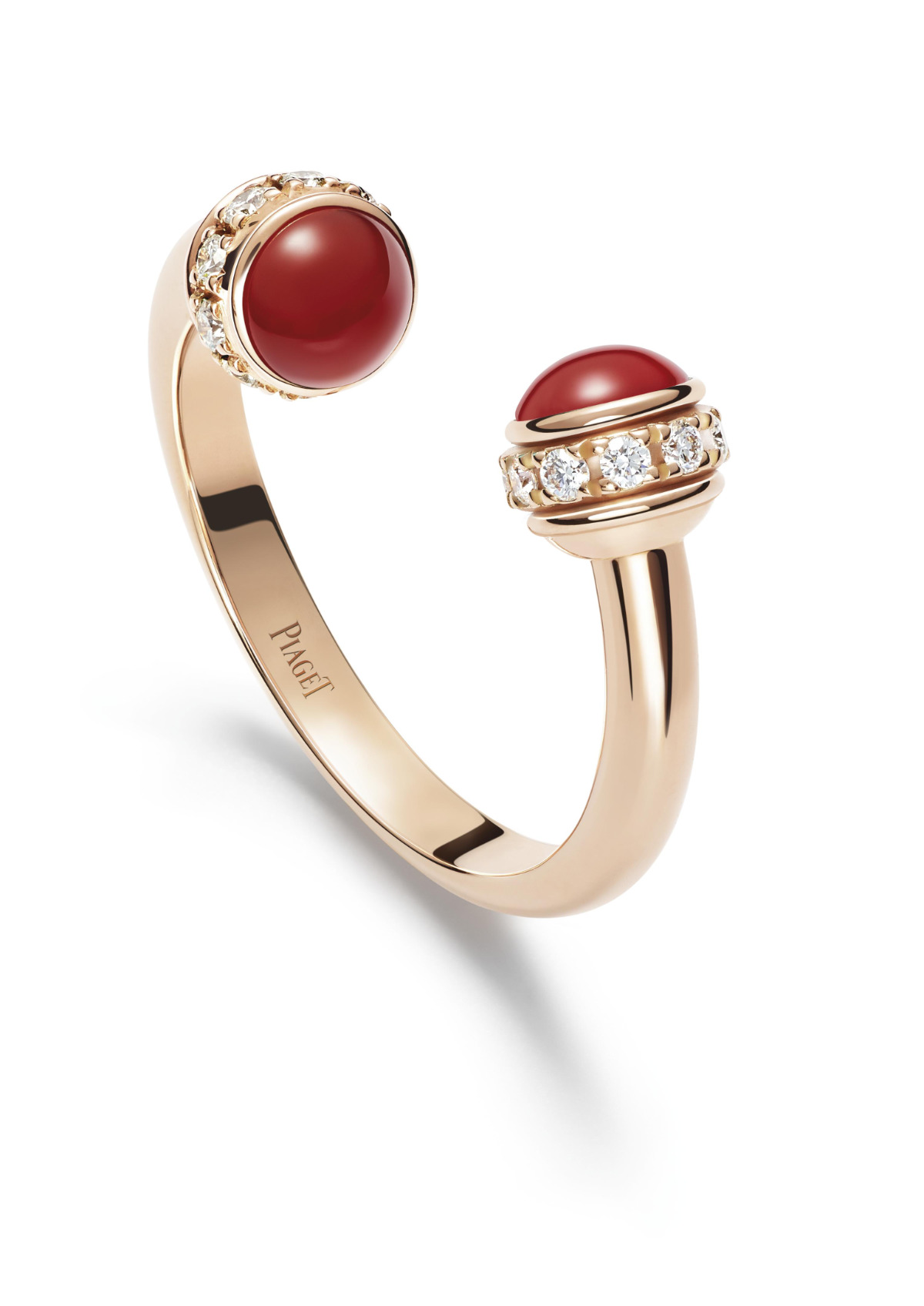 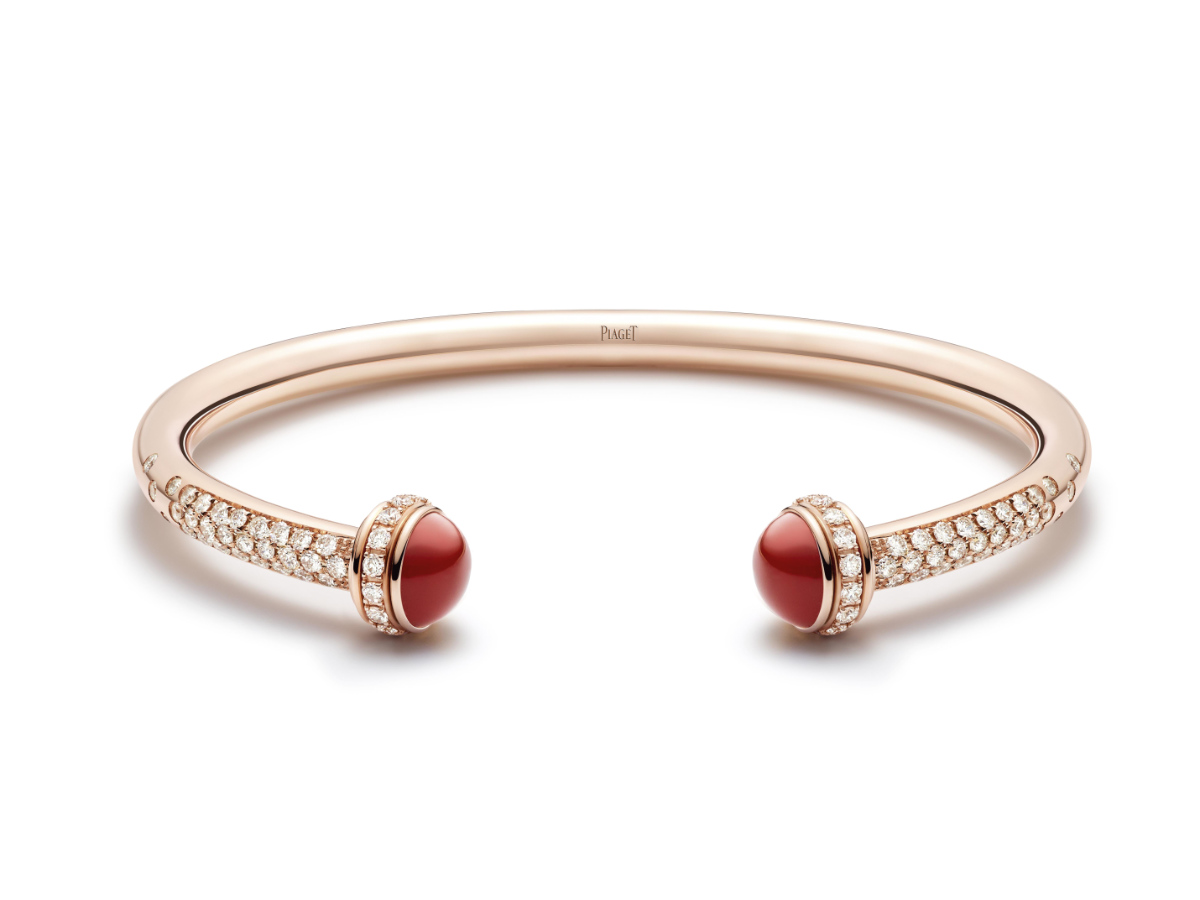 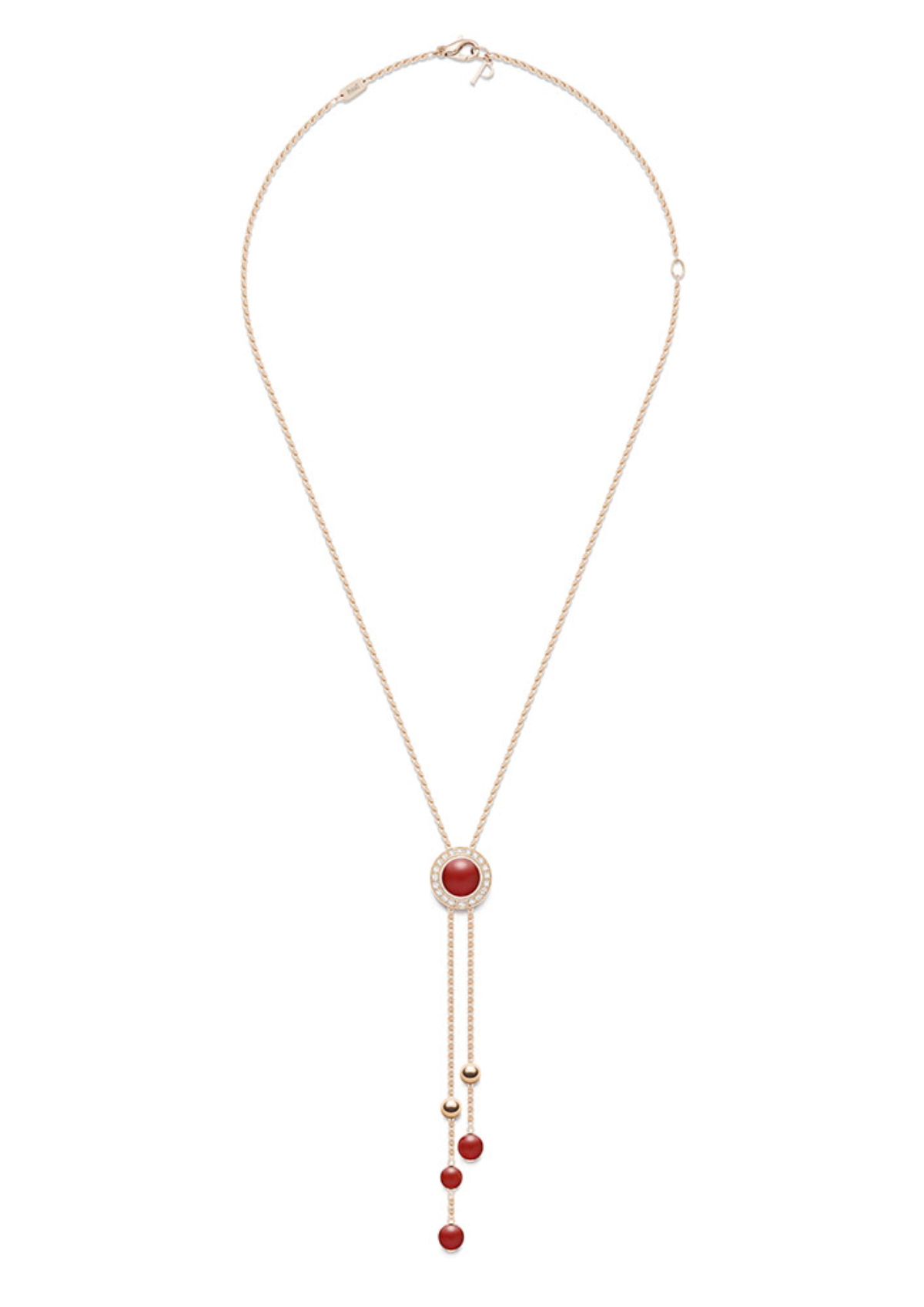 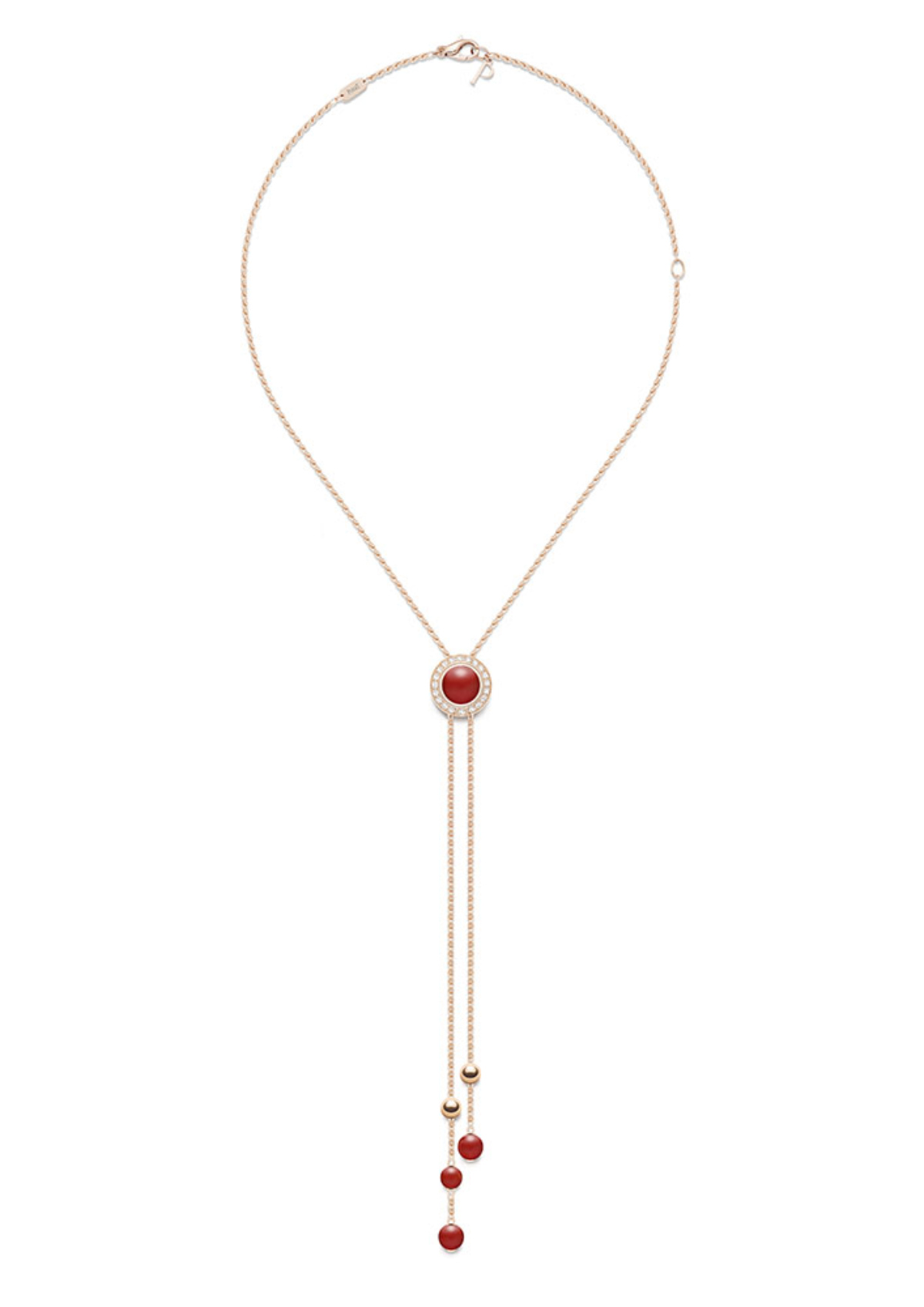 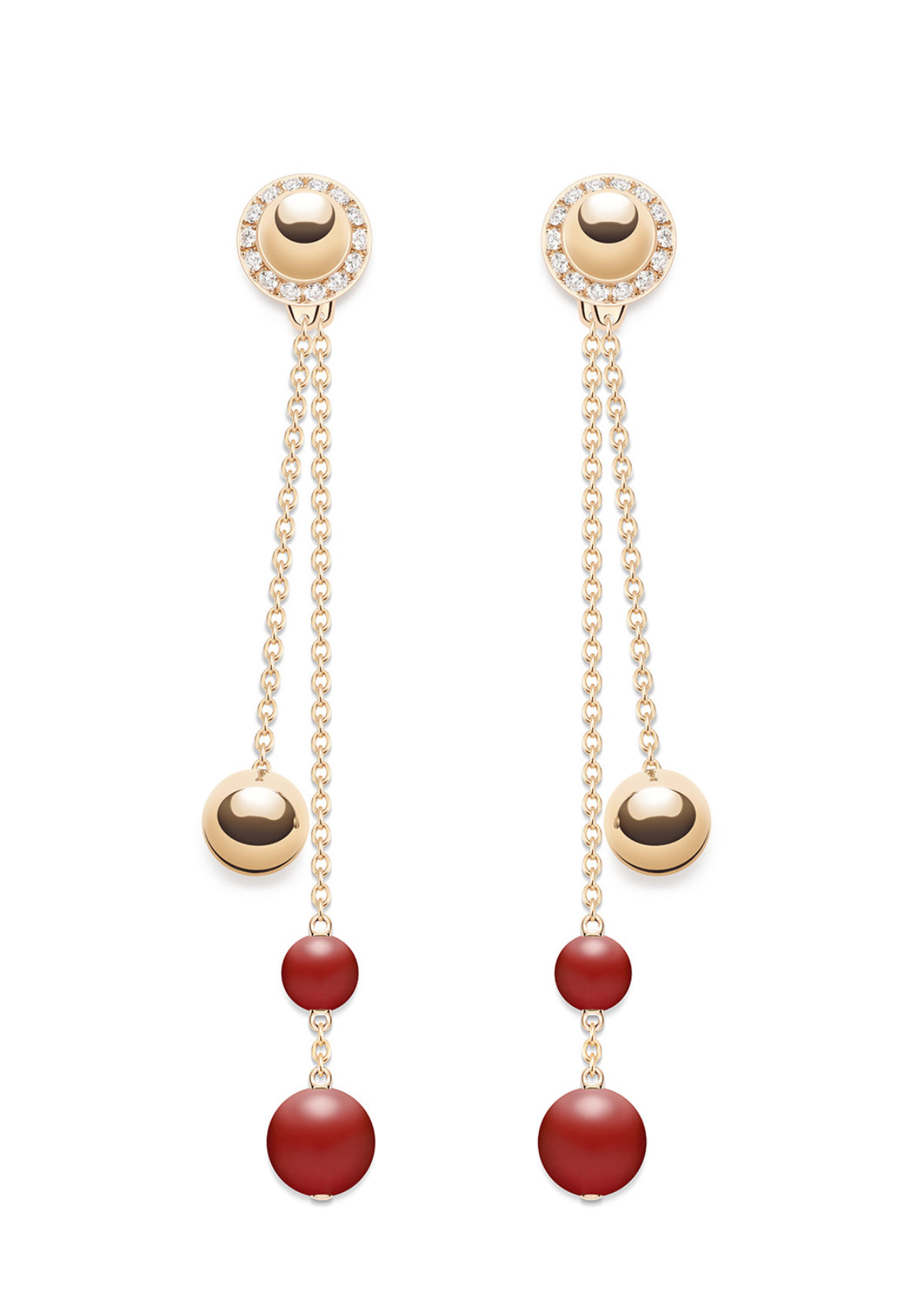 A number of exquisite creations featuring red Carnelian beads also join the celebrations with a Possession Open Ring, a Possession Sliding Pendant, a Possession Open Bangle, and Possession Gold Bead Earrings, which are all set with diamonds. Carnelians are appreciated for their powers to give courage, positivity, and success – all properties that are associated with the traits of the tiger and are perfect for starting the new year in style. An 18K rose gold Possession Ring is also available with two turning bands fully paved in sparkling diamonds. 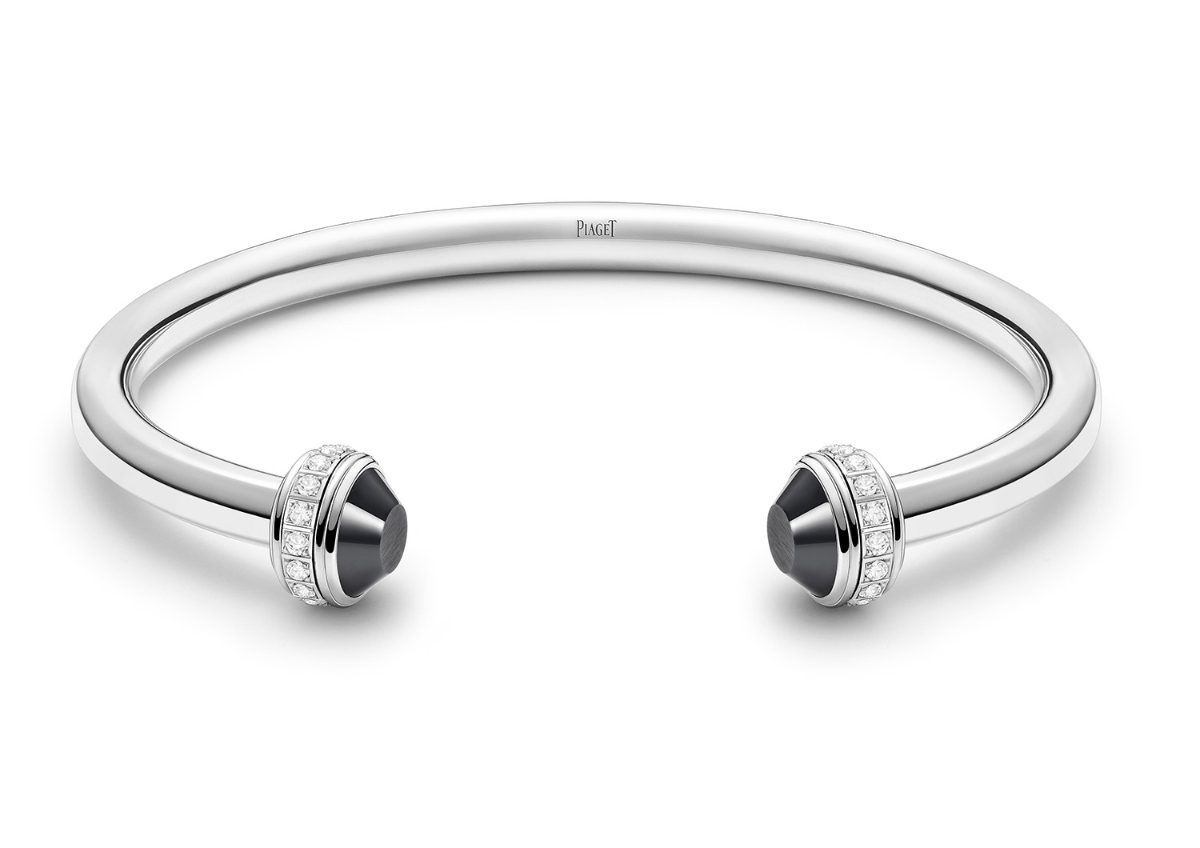 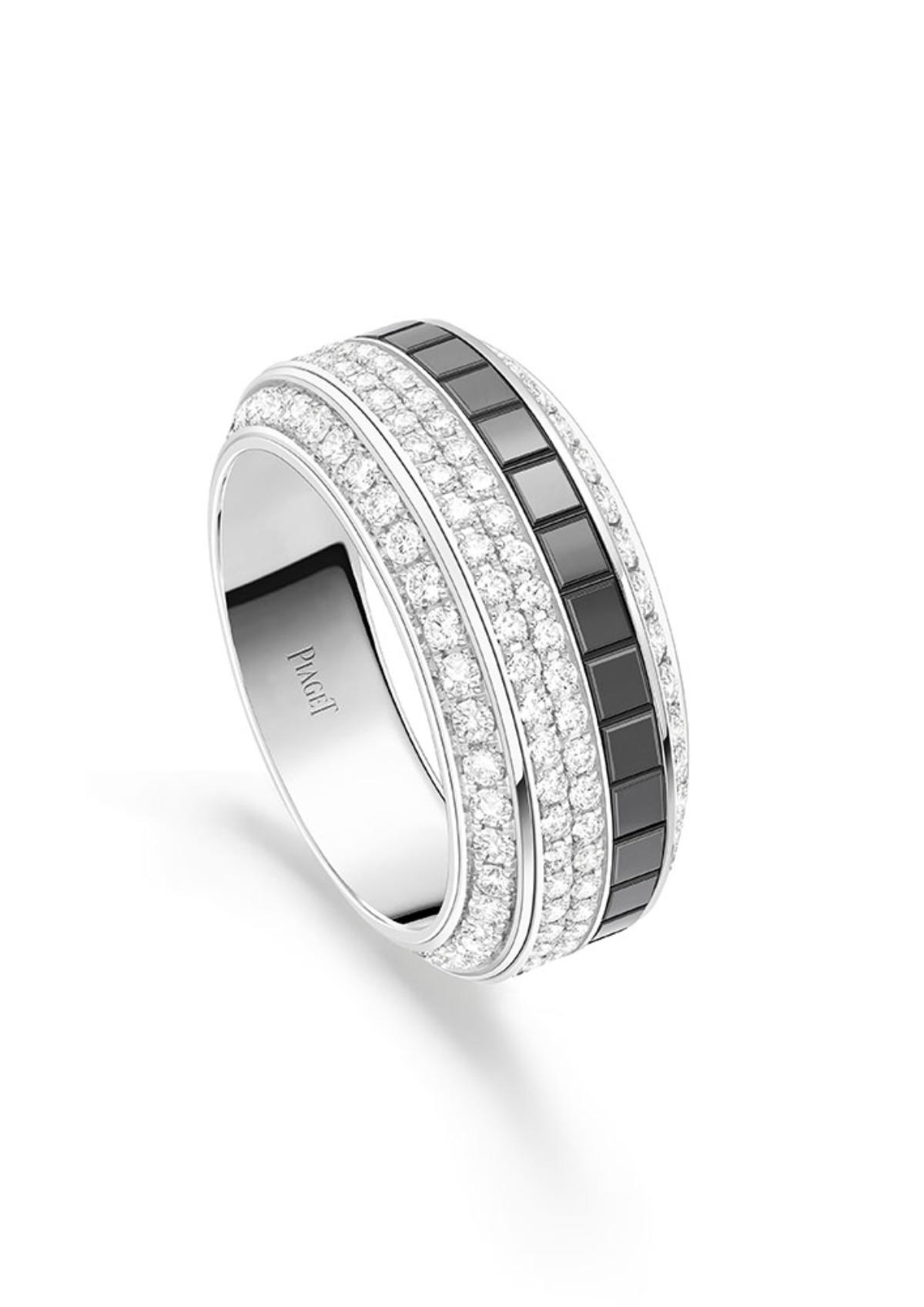 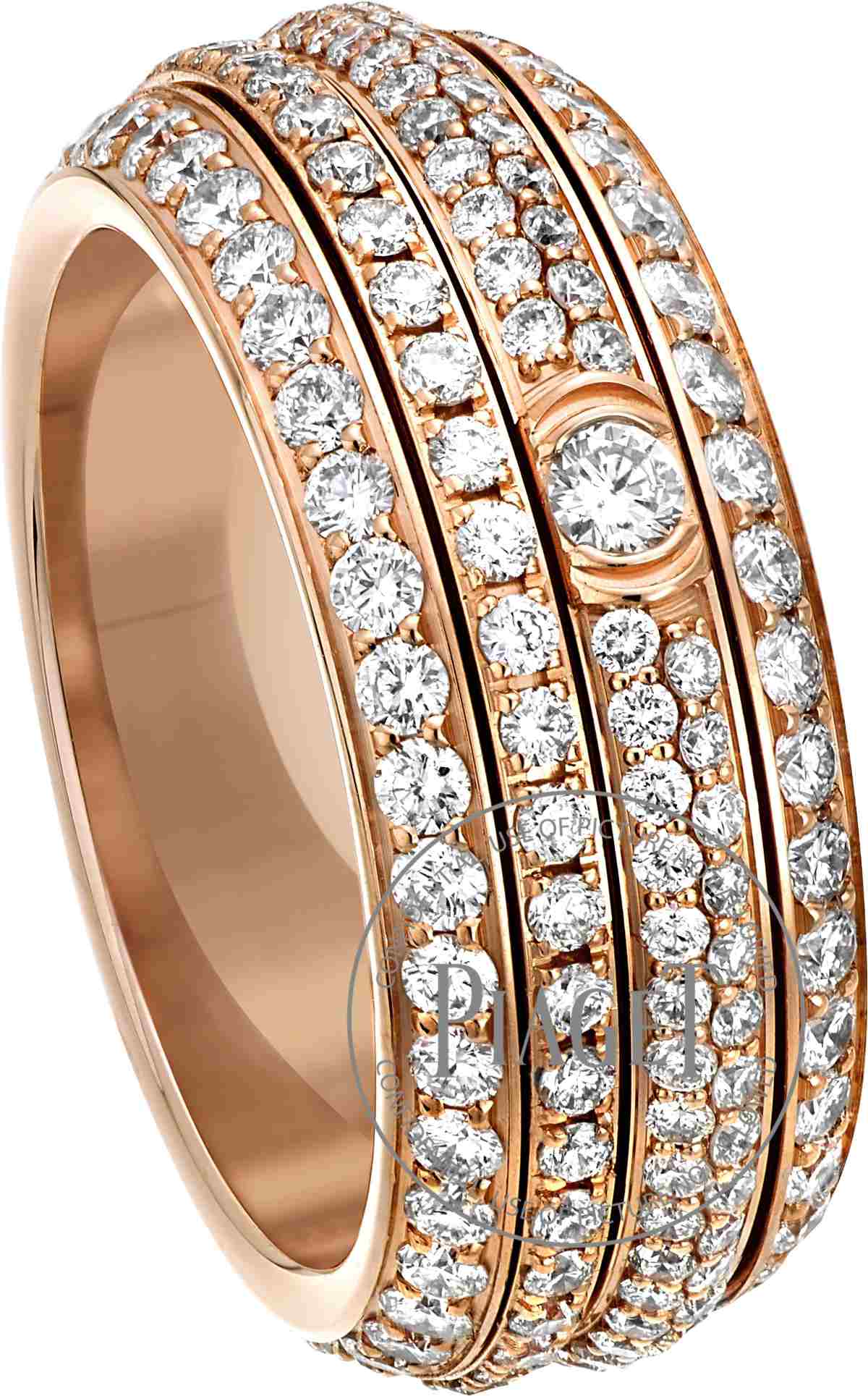 Piaget is launching in China, as a worldwide premiere, a new Possession watch in red, a colour that is associated with luck, joy, and happiness in Chinese culture. To welcome in the new year, discover this Possession timepiece in 18K rose gold with a mother-of-pearl dial, ruby indexes, and an iconic turning external ring set with brilliant-cut diamonds and one half-moon set ruby. 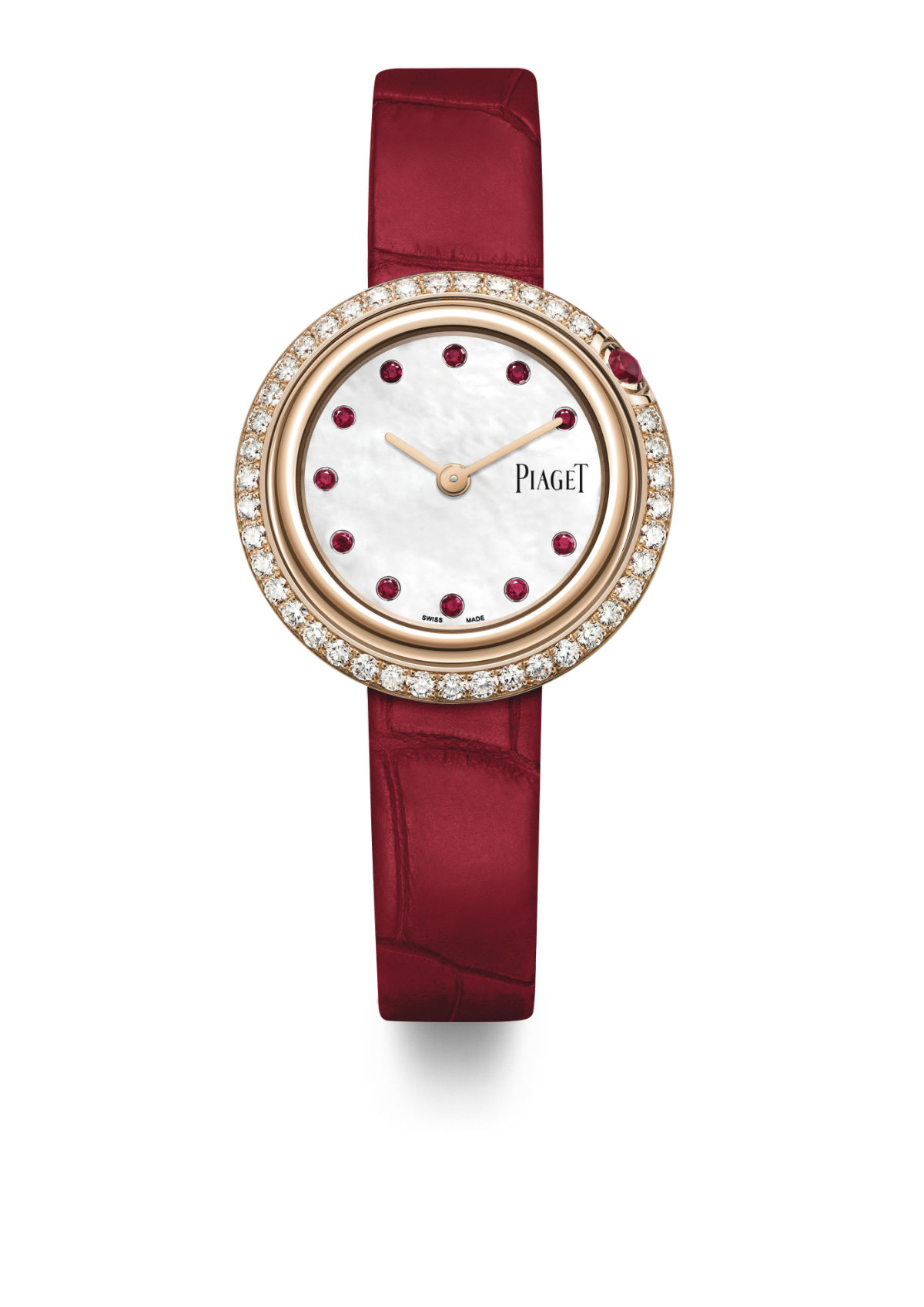