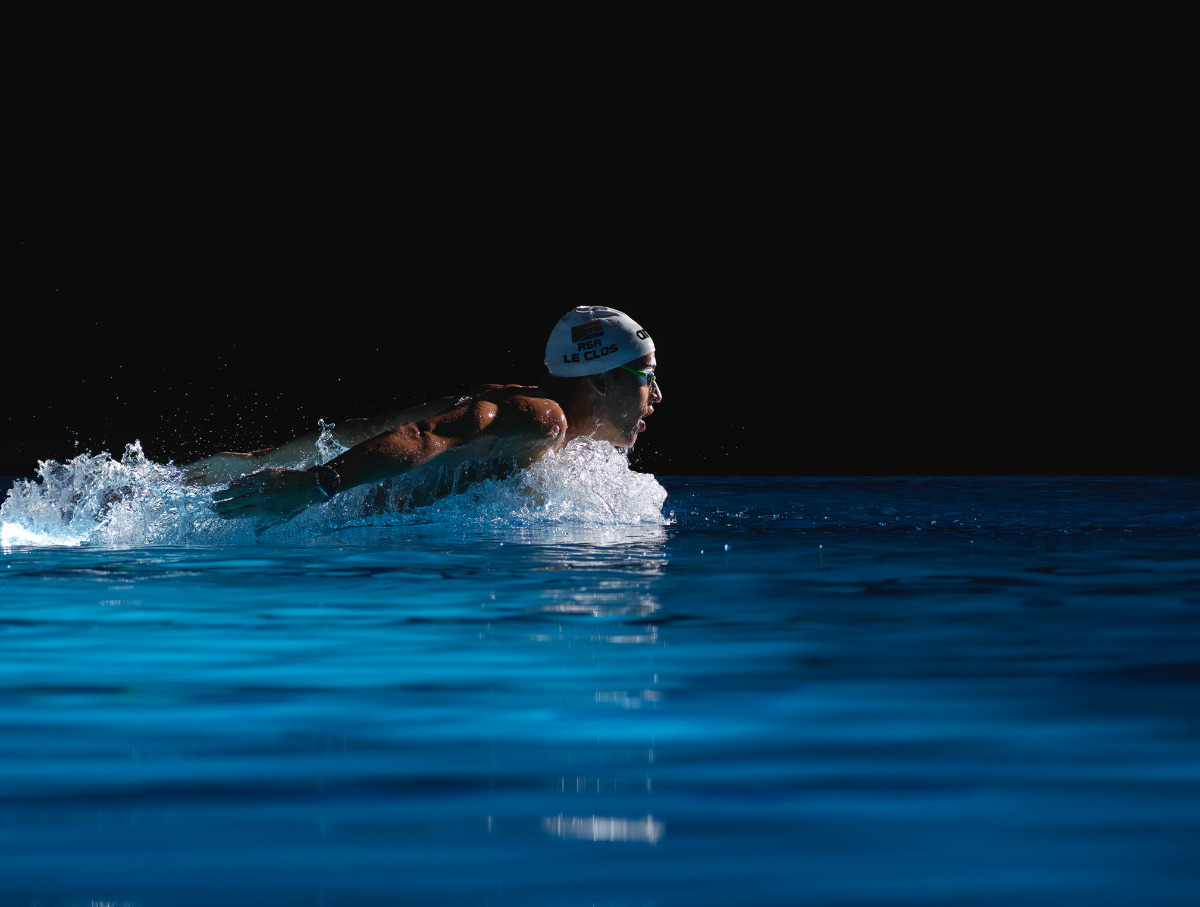 This summer, the very best aquatic athletes will gather in Budapest for the 19th FINA World Championships. Taking place from the 18th of June to the 3rd of July, the event will give competitors a chance to achieve victory in the water and cement their names in sporting history. 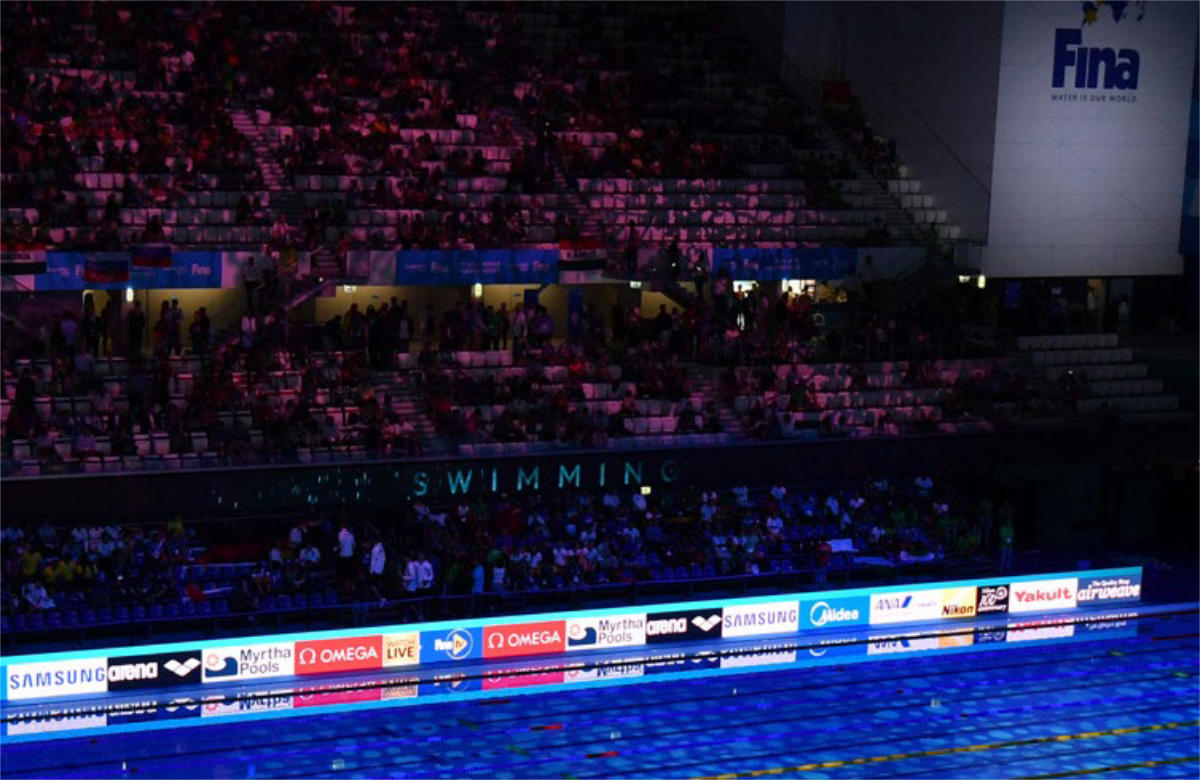 As well as timing every second of action, OMEGA’s role in aquatic sports has included the development of the most vital timekeeping technologies. Evolved over time, these innovative pieces of equipment ensure that no result is ever left in doubt, and that even the closest finishes can be accurately recorded.

Mechanical stopwatches are a thing of the past. Today, OMEGA counts the seconds on its quartz-driven Quantum Timer, with an enhanced resolution of one millionth of a second. 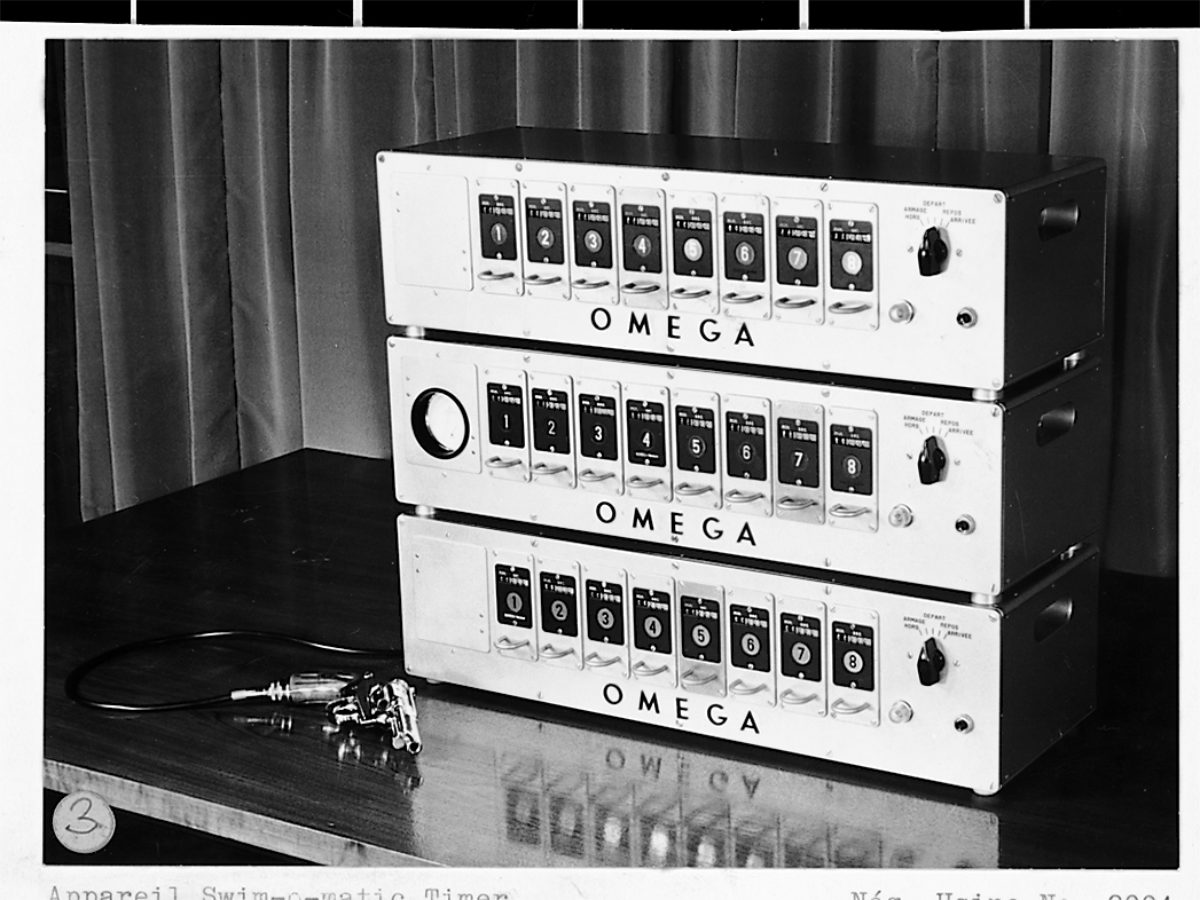 This year in Budapest, OMEGA technology will be used across all the various sports, which include swimming, diving, water polo, open water, and artistic swimming. 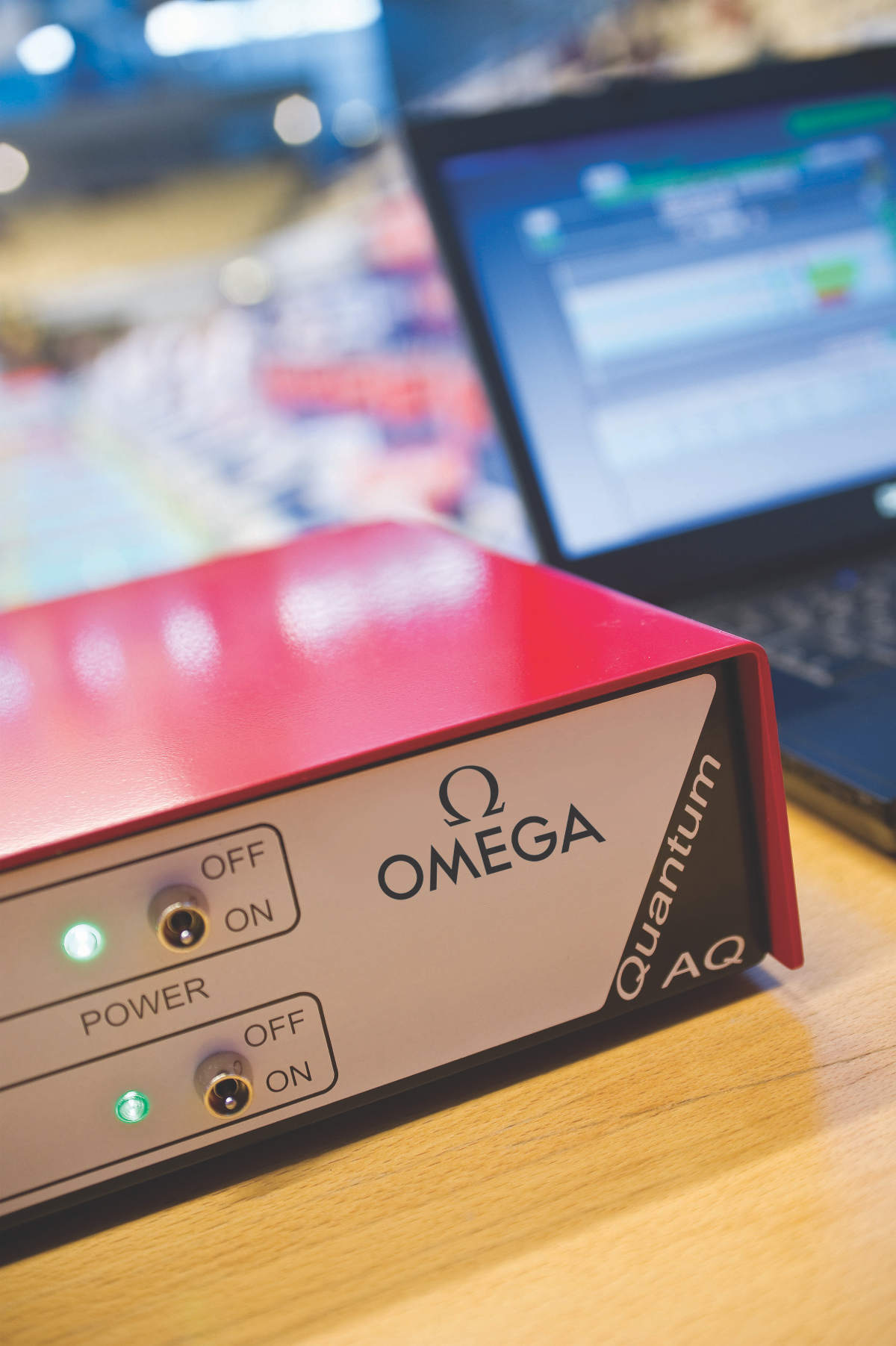 Since 1967, touchpads have proven to be the most precise way to measure time in swimming. As soon as an athlete hits the touchpad at the end of a race (exerting a pressure between 1.5 and 2.5 kg ), their time is automatically stopped, and a precise finish time is given. 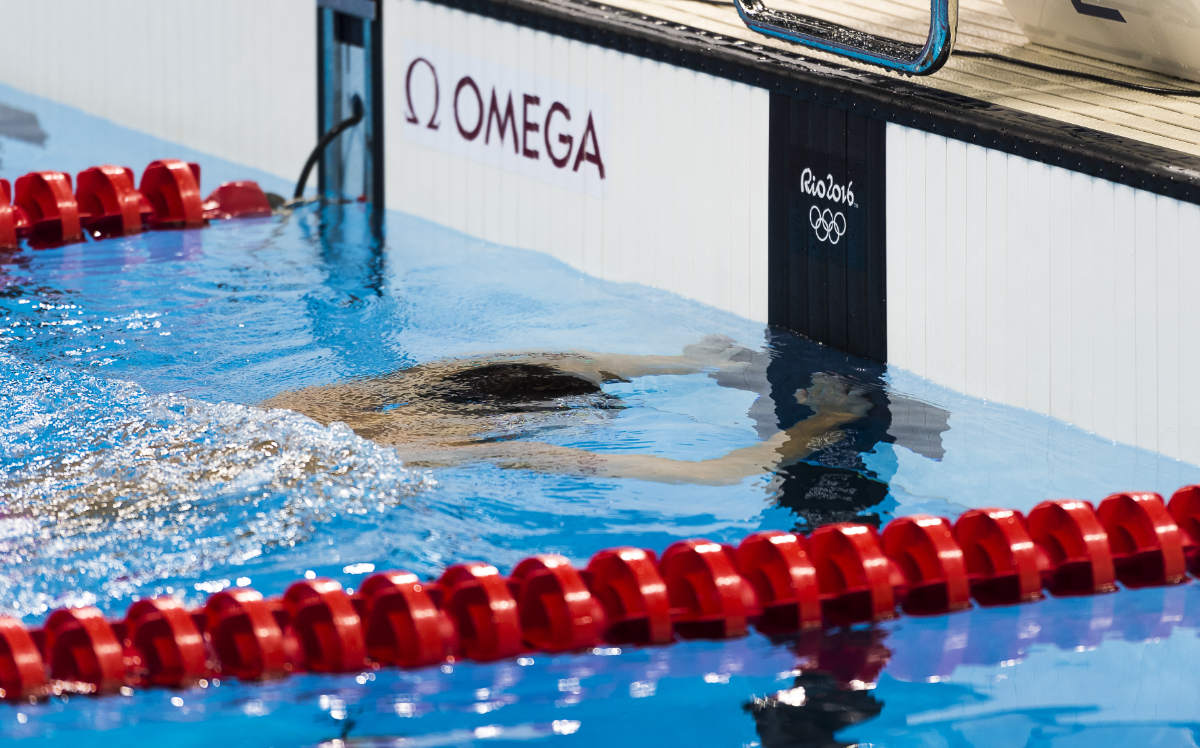 Mounted on the starting blocks, the Swimming Light Show lets athletes and spectators know the results of a race – with a single dot indicating first place, two dots showing who came second, and three dots of light confirming the third place finisher. 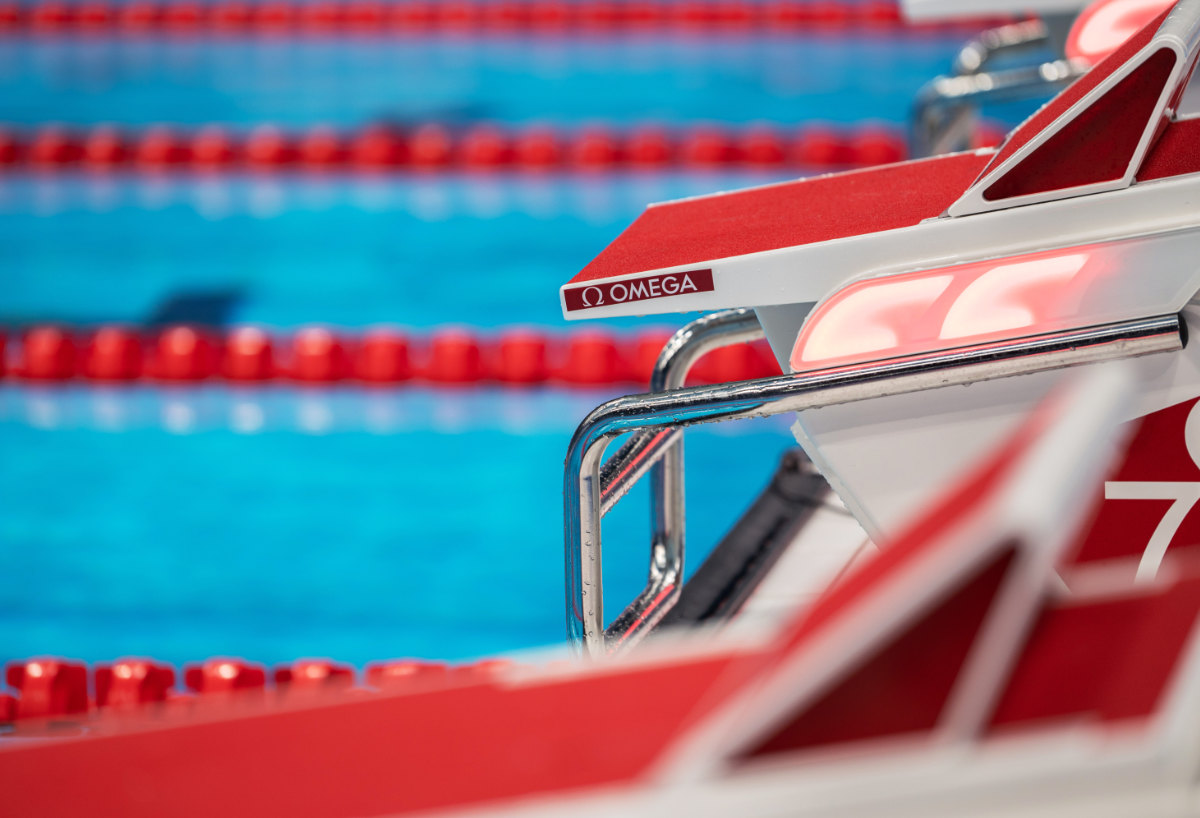 Each starting block has false start detection systems and acoustic start devices to ensure each competitor hears the start signal at the exact same moment. The OMEGA backstroke ledge also improves the push and trajectory for backstroke swimmers, by enabling the competitor to take a higher position in respect to the water level at the start phase. The height of the backstroke ledge can be adjusted to several different positions so that each competitor can select their preferred angle. 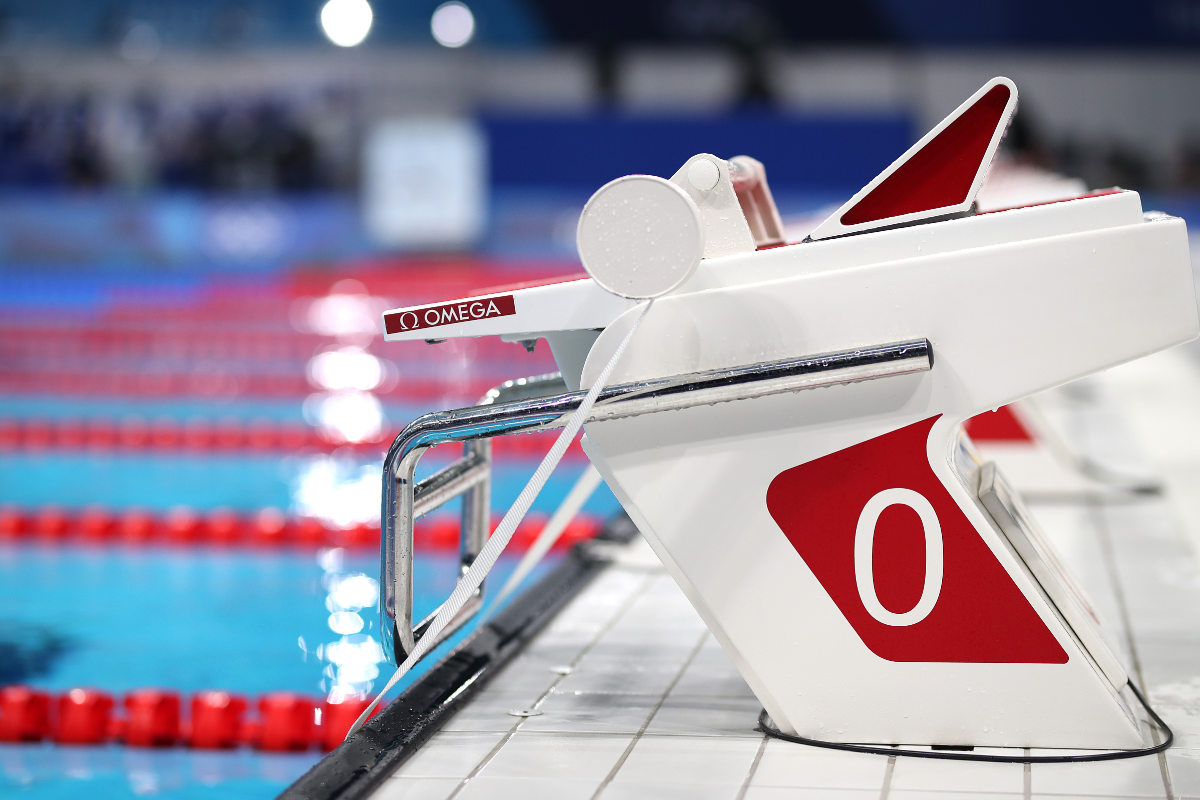 OMEGA’s on-screen graphics improve the experience for those watching on television. These graphics identify all the swimmers by name, lane and nationality before each race. As soon as the race has ended, lanes are highlighted to reveal the names and rankings of the top three swimmers. Also popular is the virtual record line, which electronically superimposes a red line across the pool. This red line represents the world record pace for each discipline. If the lead swimmer finishes ahead of the “virtual record line”, a new record has been set. 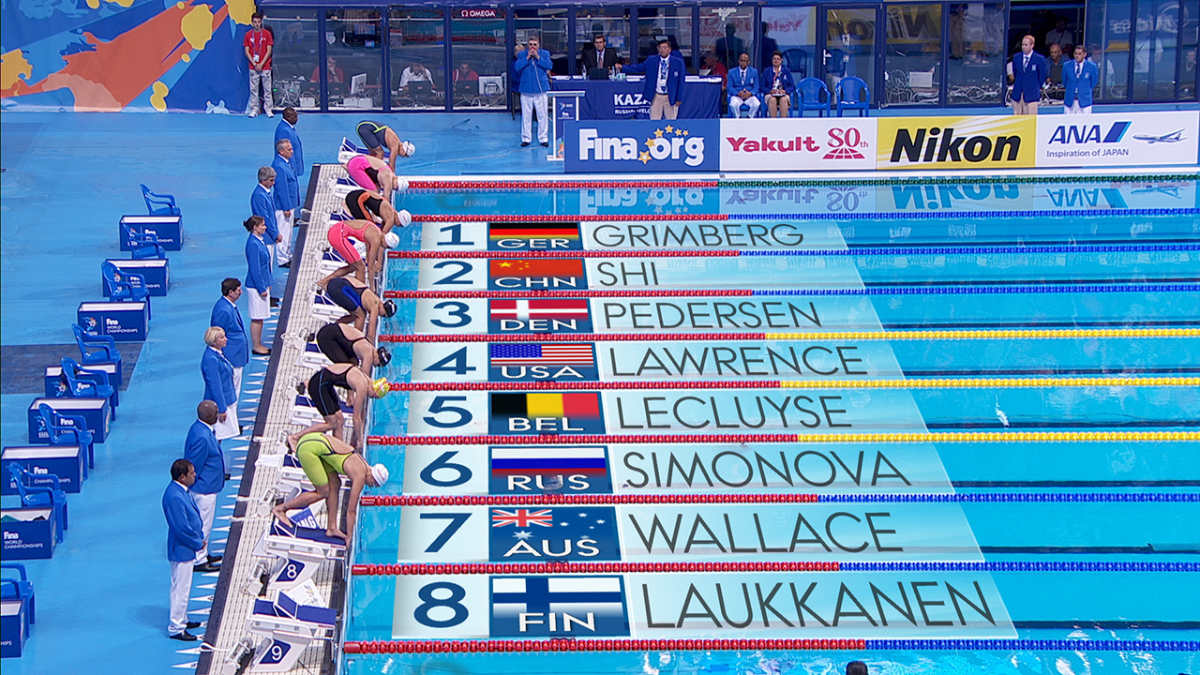 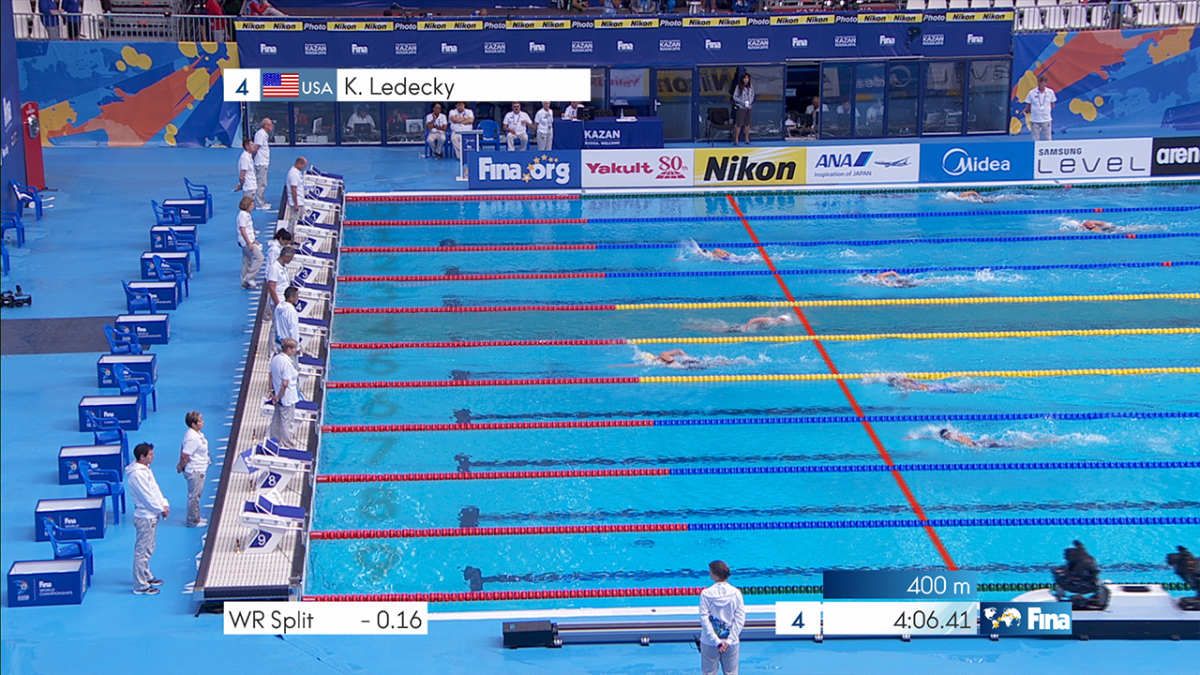 Judges can consult OMEGA’s high-speed cameras if any disputes arise. The technology was famously put to the test at the Olympic Games Beijing 2008, when the electronic timing system determined that Michael Phelps had beaten Milorad Cavic by a hundredth of a second – the smallest possible margin in swimming. 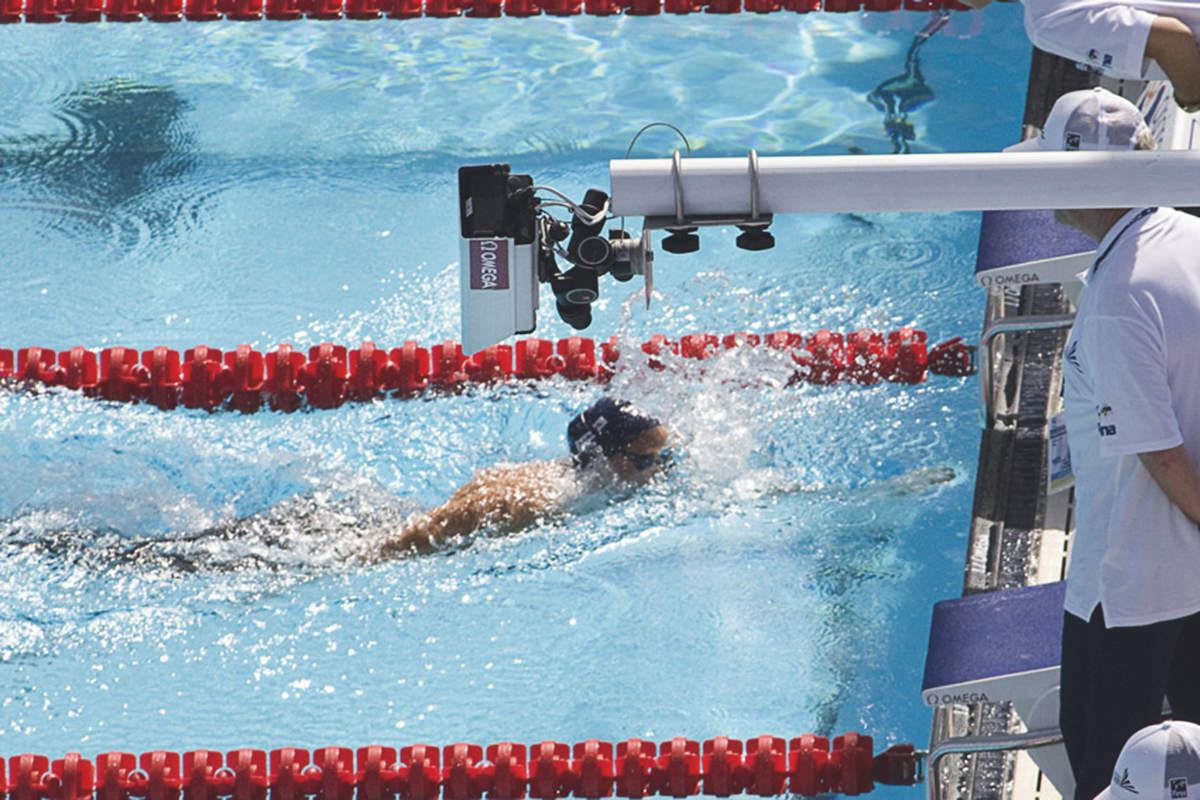 Lap counters measure the remaining laps in the longer 800 and 1500 metres races. Placed one per lane at the bottom of the pool, the swimmer is given a clear count of laps to go, each time they reach the turning end. These highly visible digital screens allow the swimmers to concentrate on their technique, pace and position in the race, while still being aware of how many laps they have left to swim. 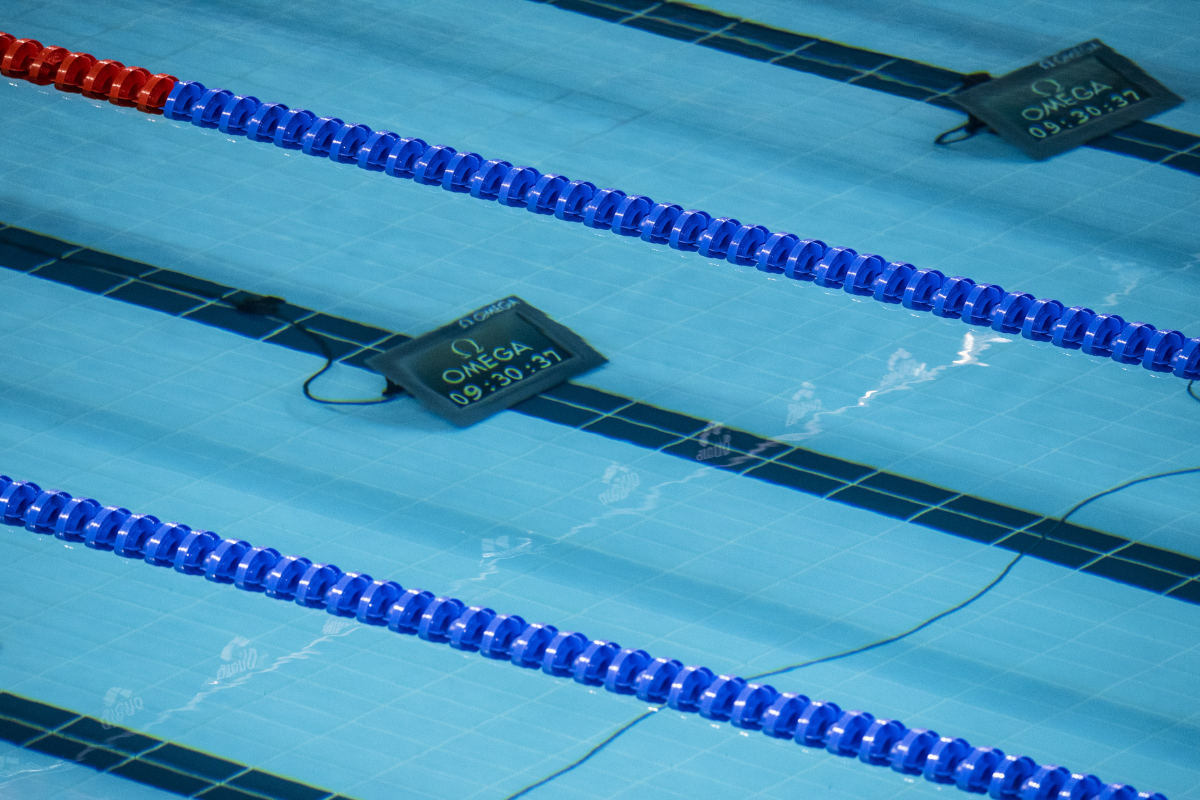 In Open Water events, two buoys are placed at selected points around the course. Each buoy contains an antenna which can pick up signals from special transponders that each swimmer wears on their wrists. As the swimmers pass the buoys, their intermediate times will be sent back to the timekeepers who will display the times on the scoreboards. 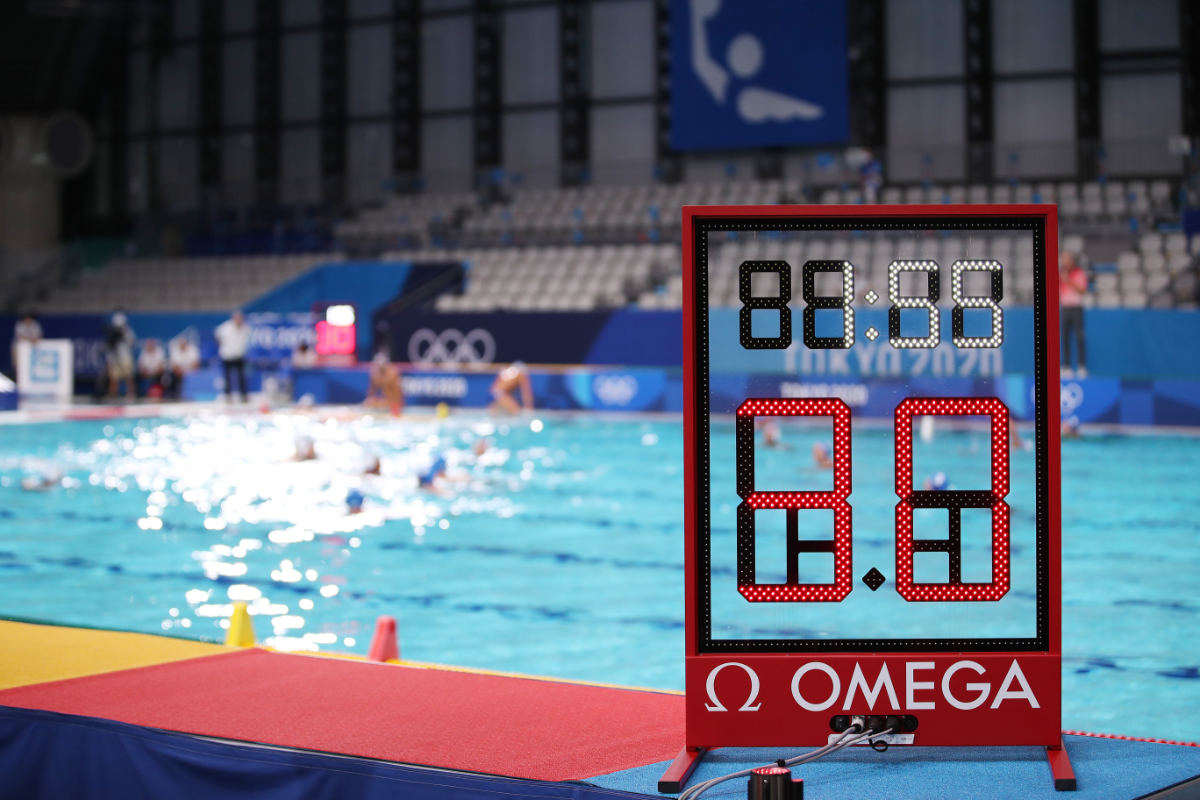 The transparent shot clocks in water polo help everyone to keep track of the sport’s most vital seconds. They also present changing colours, with a transition from red to green to indicate stop or play. 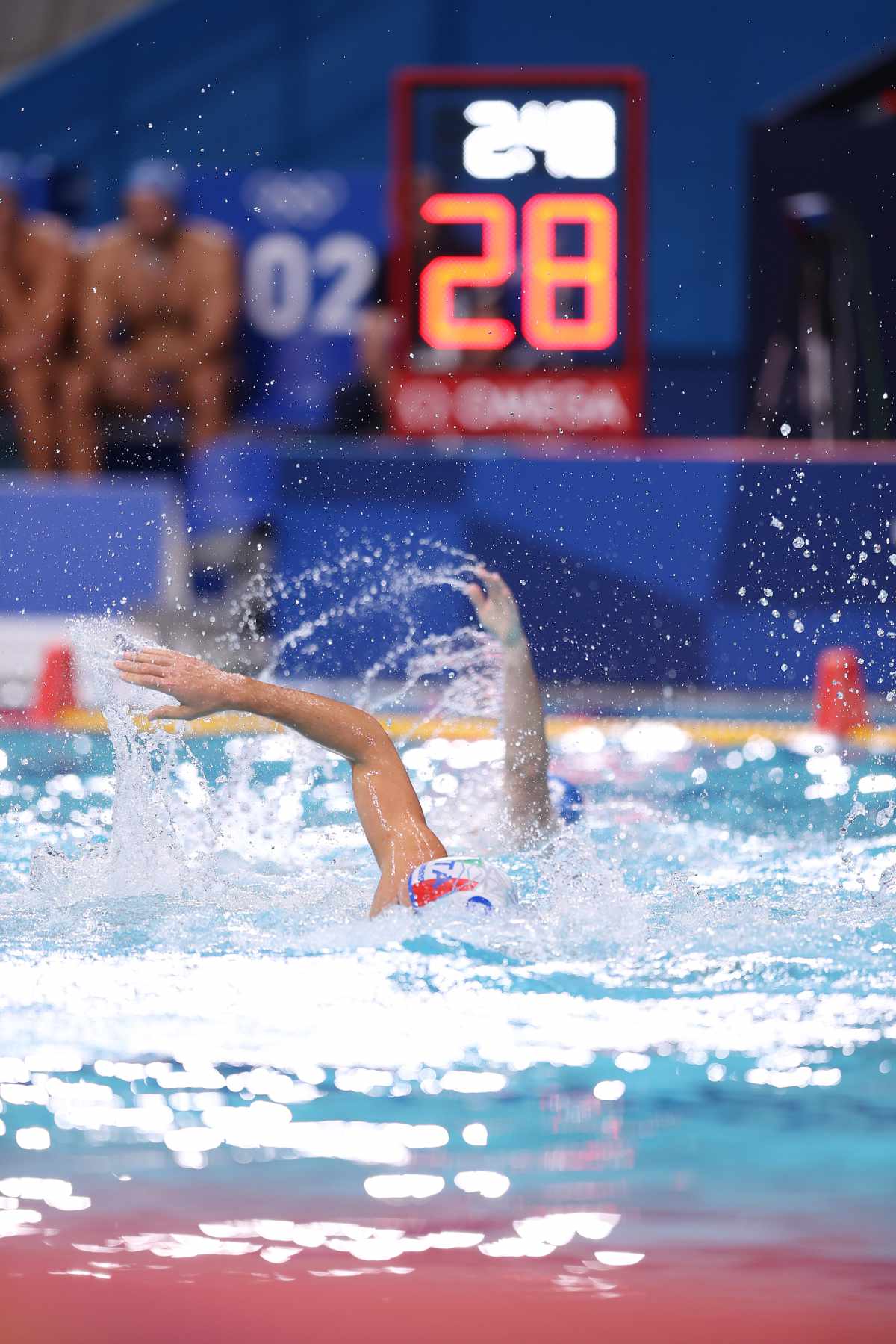 As part of OMEGA’s comprehensive timekeeping services, athletes in swimming now have their complete performances measured by image-tracking cameras placed around the pool.

This incredible computer vision technology enables OMEGA to show live information such as:
- live positions (not just at every turn)
- live speed
- acceleration
- deceleration
- distances between swimmers
- number of strokes

Now you can watch the fast-paced 200m freestyle – and know the live positions of everyone in the water. You can watch the 100m butterfly – and compare the number of strokes between each swimmer.

All the data captured by OMEGA is perfect for understanding exactly how each race was won or lost. It’s ideal for analysis and gives spectators a much greater insight into the sports they’re watching. 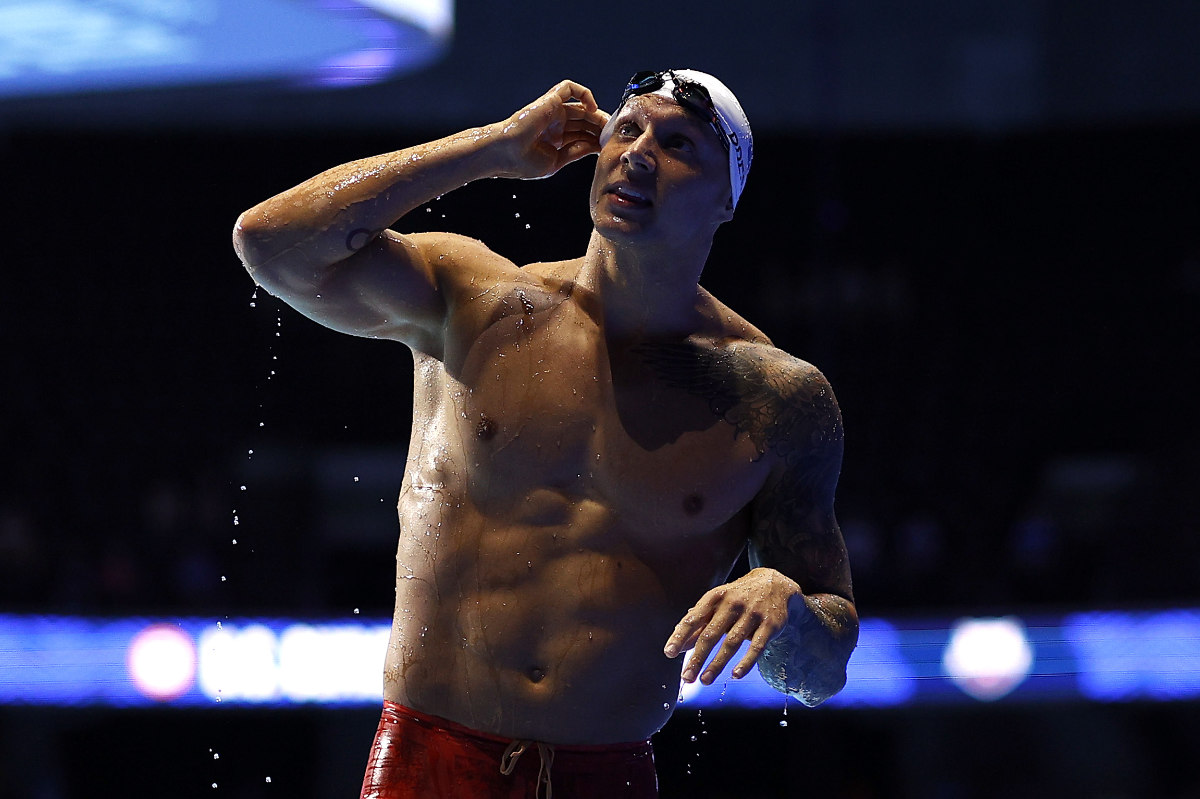 Caeleb Dressel is an American swimmer specialising in freestyle and butterfly sprint events. He won seven gold medals at the 2017 World Championships in Budapest and a record eight medals - including six gold - at the 2019 World Championships in Gwangju. After winning two gold medals at Rio 2016, the talented athlete truly made a name for himself at the Olympic Games Tokyo 2020, where he claimed an impressive five gold medals, and set a new World Record in the 100m butterfly. 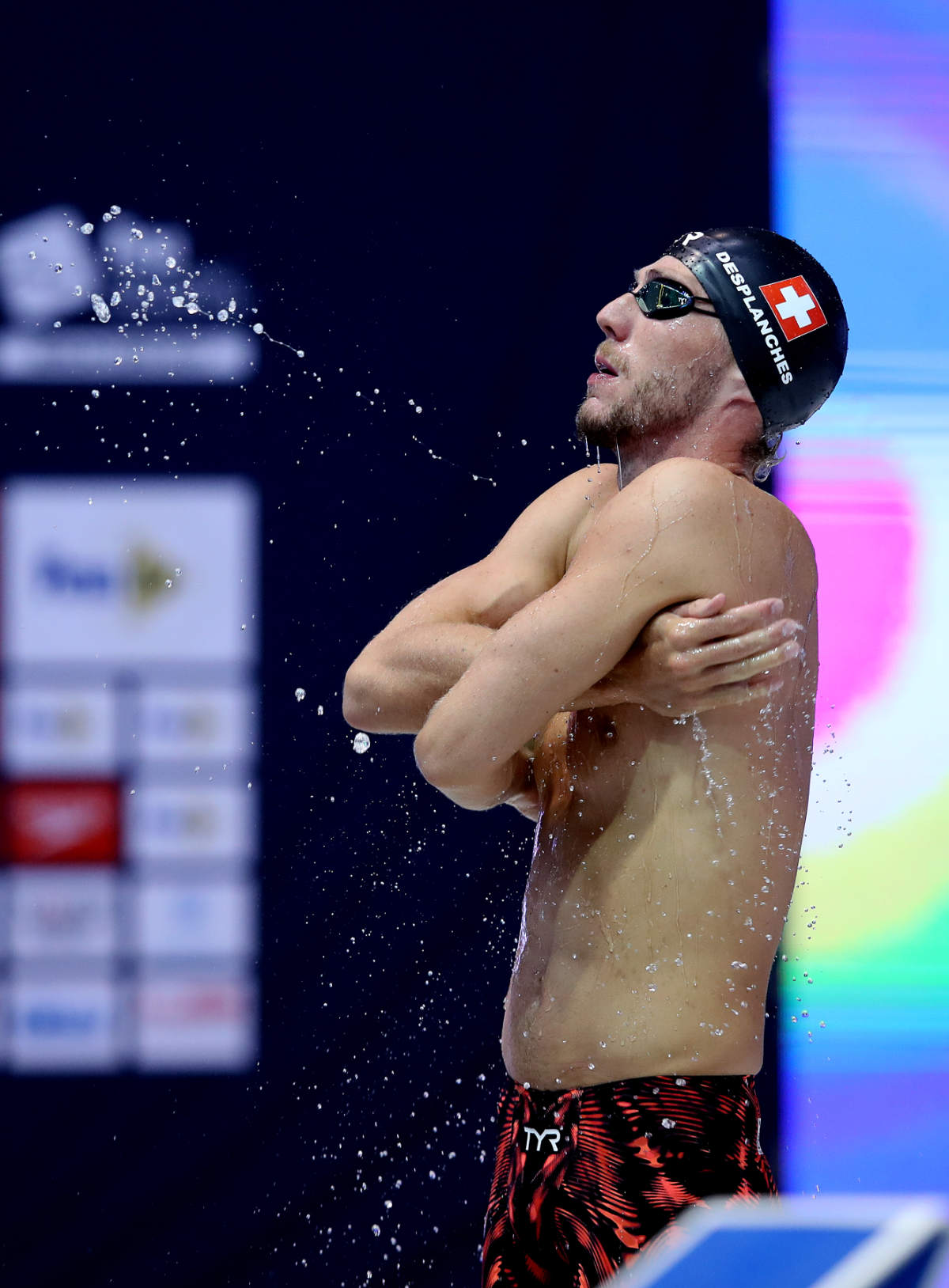 Jérémy Desplanches is a Swiss breaststroke and medley swimmer. He was a member of the Swiss Team at the Olympics Games Rio 2016 and qualified for the Olympic Games Tokyo 2020 – where he won a bronze medal in the 200m medley. His other achievements include a silver medal at the 2019 World Championships in Gwangju. 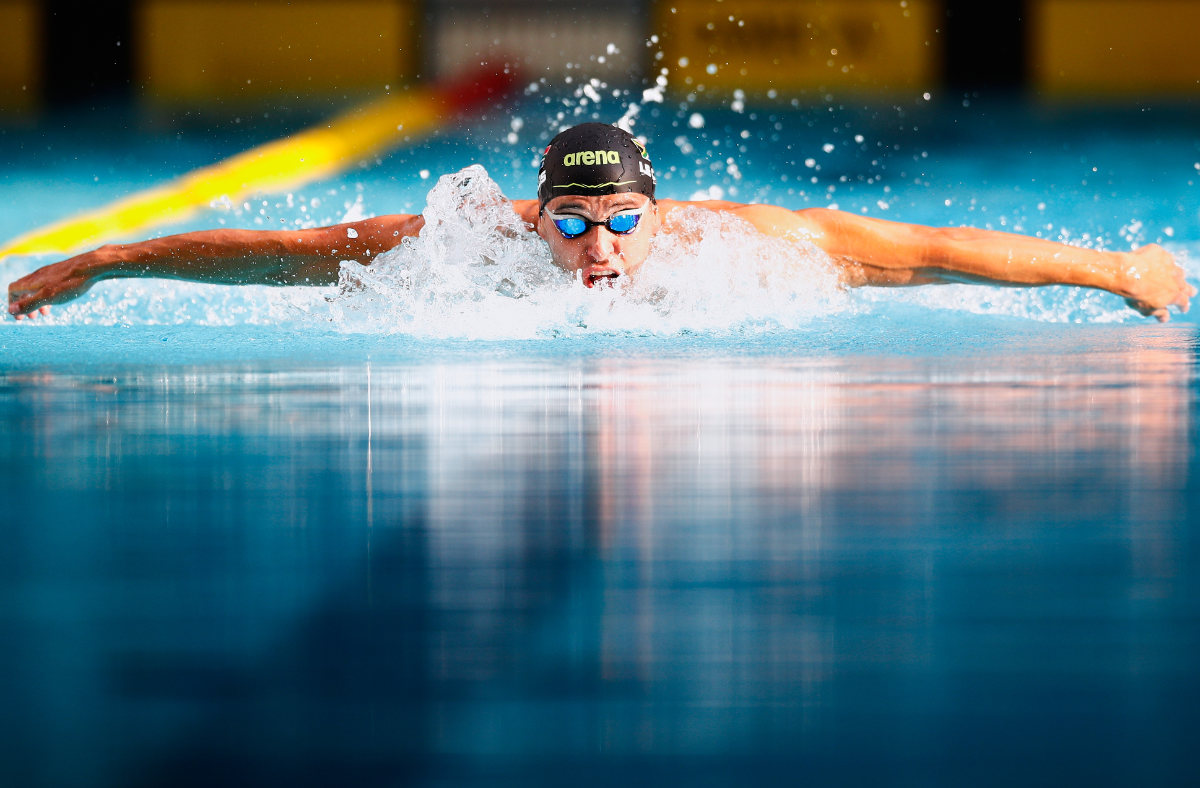 Having achieved incredible success in world swimming, Chad le Clos has become one of today’s most recognized swimmers. The South African won famous gold and silver medals at London 2012, and then extended his tally at Rio 2016, where he won two more silver medals for the 200m freestyle and the 100m butterfly. Having won the overall Swimming World Cup four times, he also has over 20 World Championships medals to his name in the short and long course events. 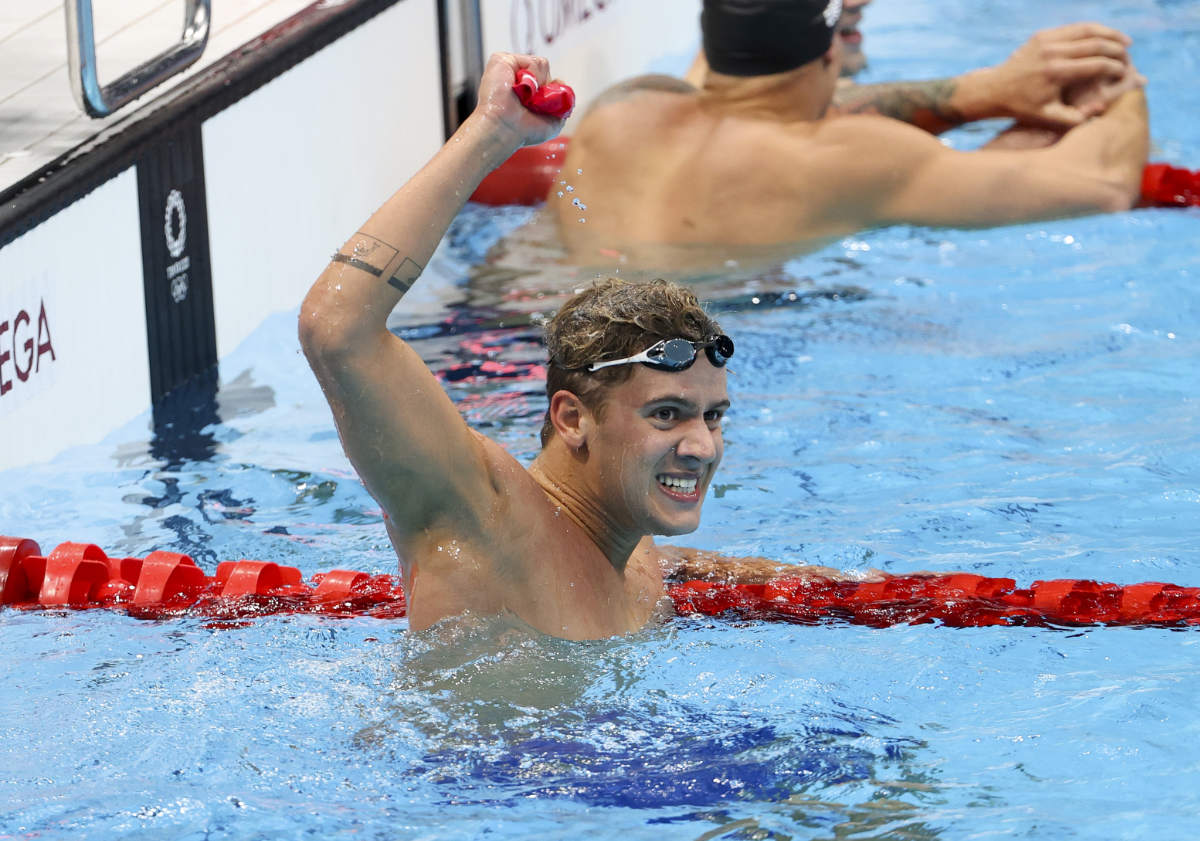 Noé Ponti is a Swiss swimmer who has shown his talent in butterfly and medley events. Most notably, he won a bronze medal in the 100m butterfly event at the Olympic Games Tokyo 2020. 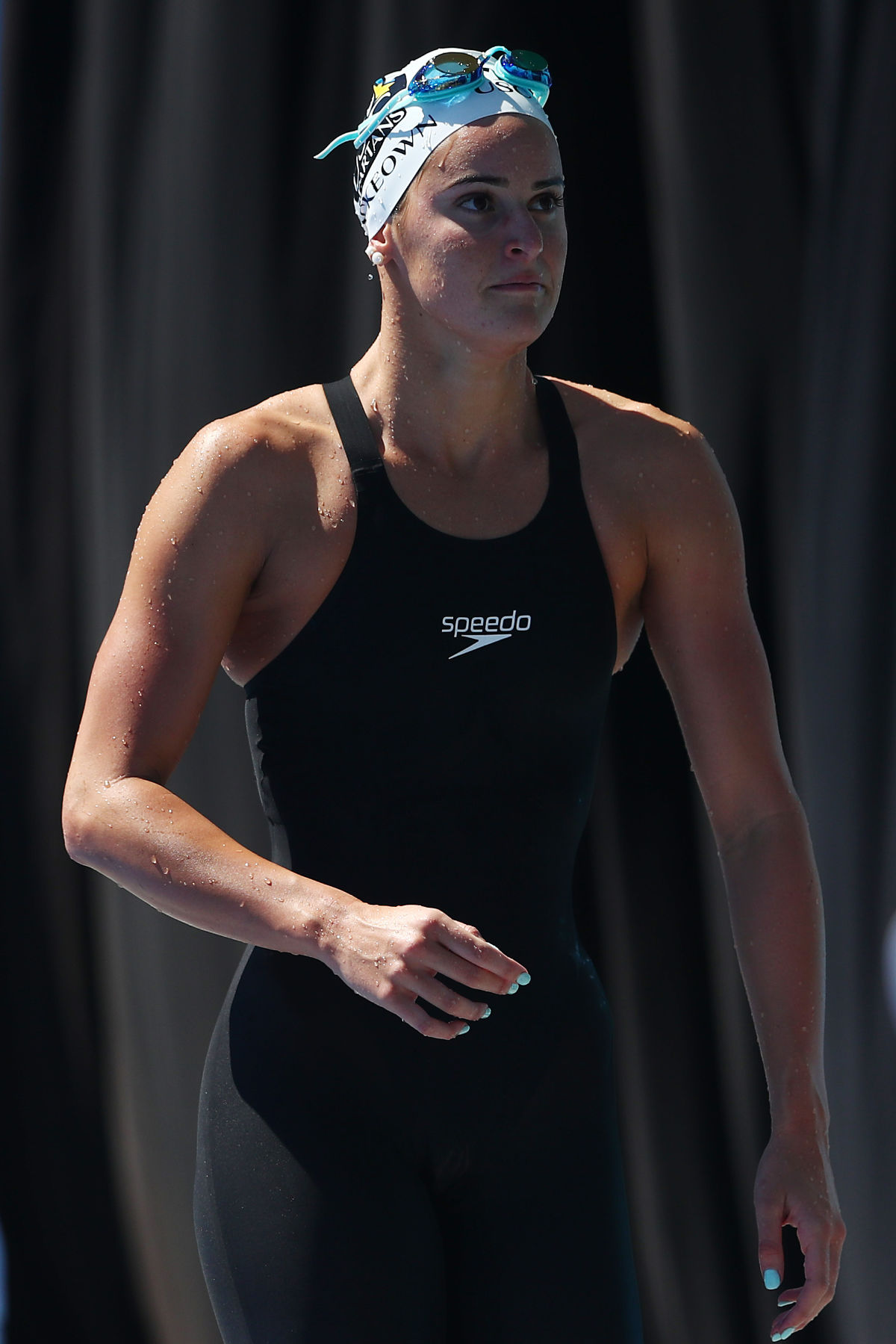 Kaylee McKeown is an Australian swimmer who specialises in backstroke and medley events. After excelling at the Youth Olympic Games in 2018, the young star was a revelation at the Olympic Games Tokyo 2020, where she won three gold medals and a bronze. This follows her impressive tally at the World Championships, which includes three silver medals. 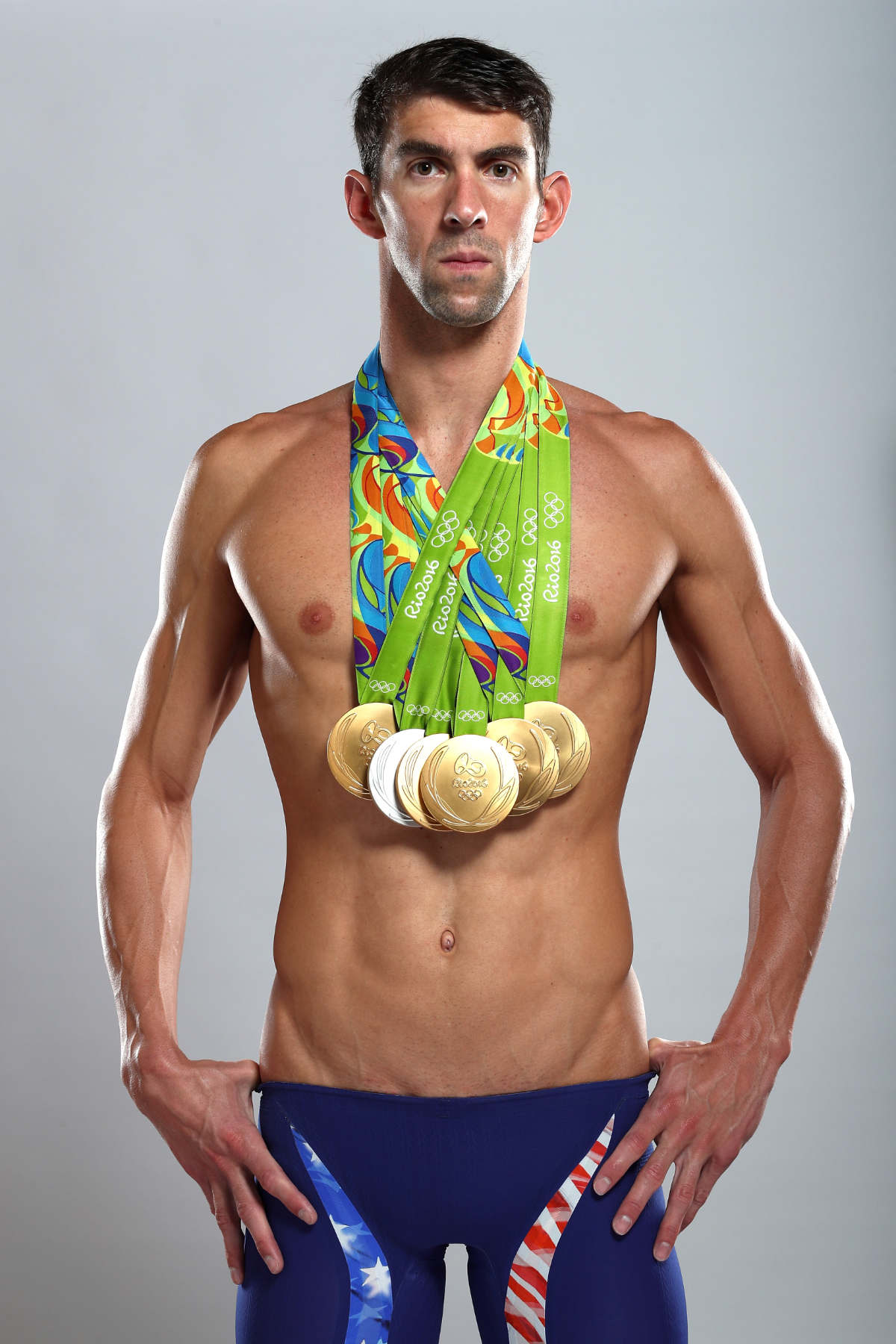 Michael Phelps is often considered the greatest swimmer of all time and is most certainly an Olympic legend who has made a mark in the world of sports. At the Olympic Games Beijing 2008, the “Baltimore Bullet” burst onto the scene with eight gold medals, setting seven World Records in the process. In total, he finished his career with 28 Olympic medals, including 23 gold, making him the competition’s most decorated in history, while his long course World Championships tally reached 33 medals, including 26 gold. 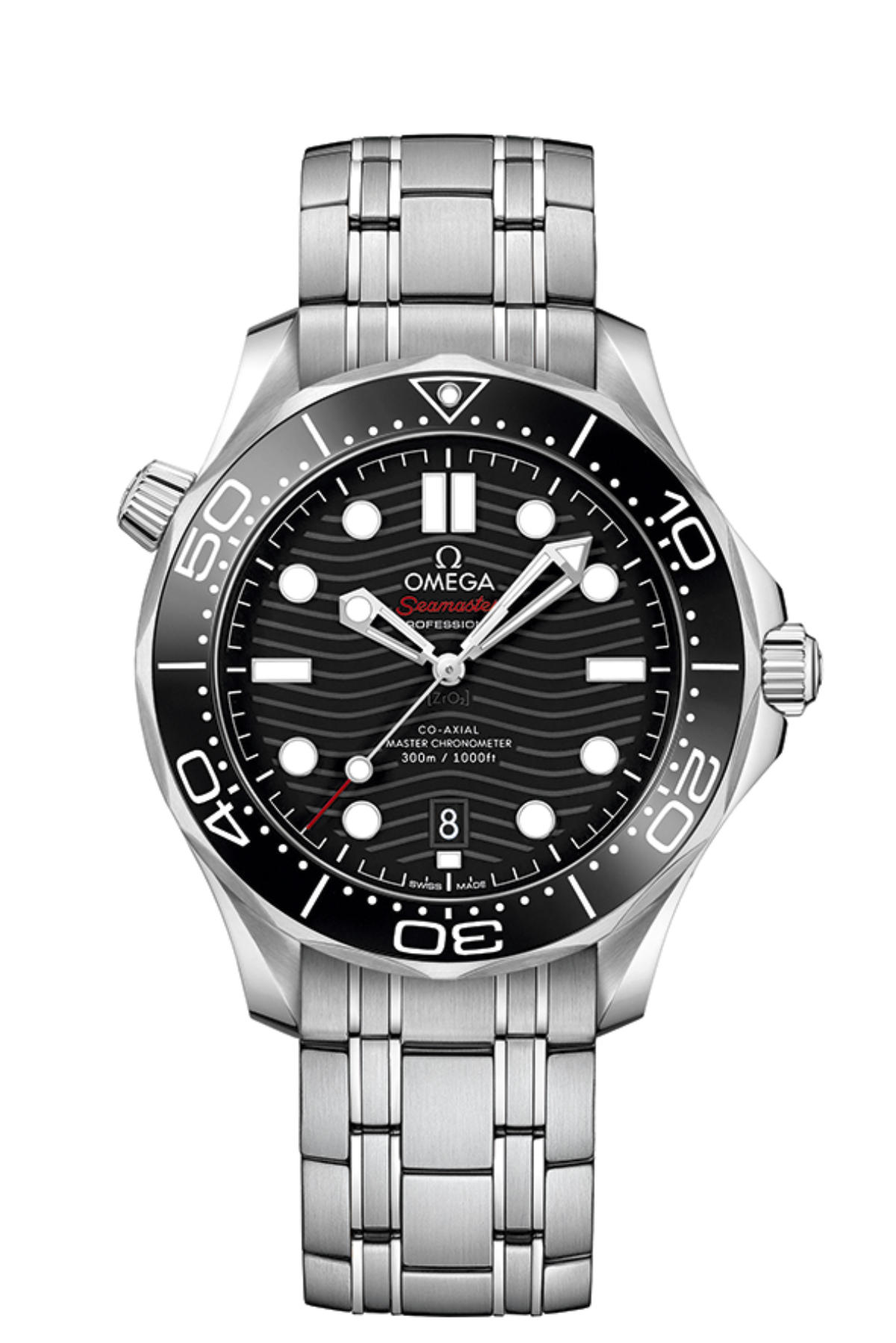 This legendary 42 mm watch first arrived in 1993 and has since become one of OMEGA’s most loved water-resistant timepieces. Built from robust stainless steel, it is equipped for serious dives, but is equally reliable and stylish beside the pool. The black ceramic dial includes laser-engraved waves inspired by the ocean, while the black ceramic bezel features a diving scale in white enamel. At its heart, the Co-Axial Master Chronometer movement ensures that this watch always keeps the wearer on time. 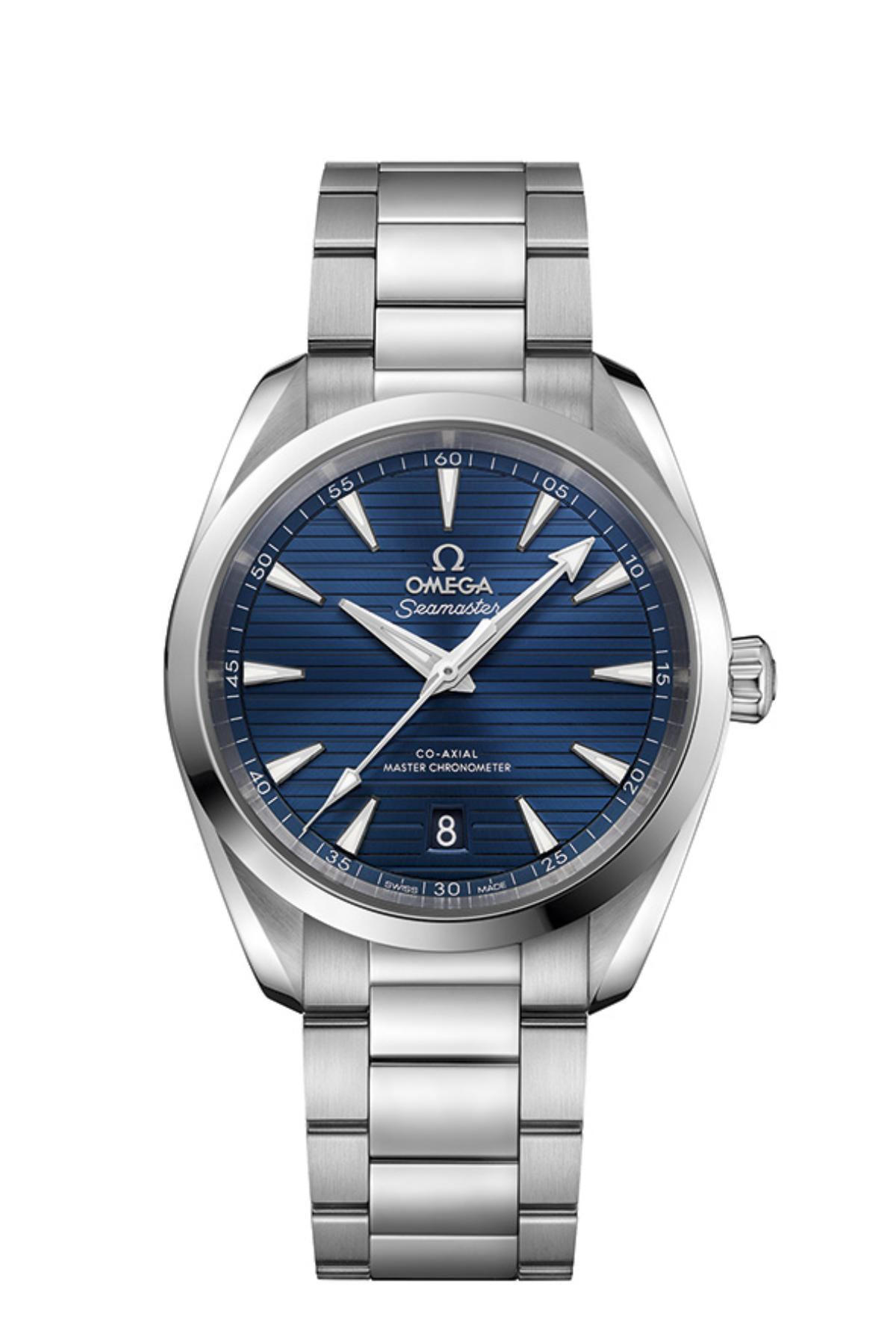 Keep this classic watch in your locker and wear it when training is over. The sun-brushed blue dial evokes an aquatic spirit, and even features a horizontal teak pattern that is inspired by the wooden decks of luxury yachts. Made with a 38 mm stainless steel case and matching bracelet, the Aqua Terra lives up to its name as the perfect watch for days in the water or on firm ground. The 150m water-resistance can take you deep beneath the surface, while the Co-Axial Master Chronometer movement is as precise as it gets. 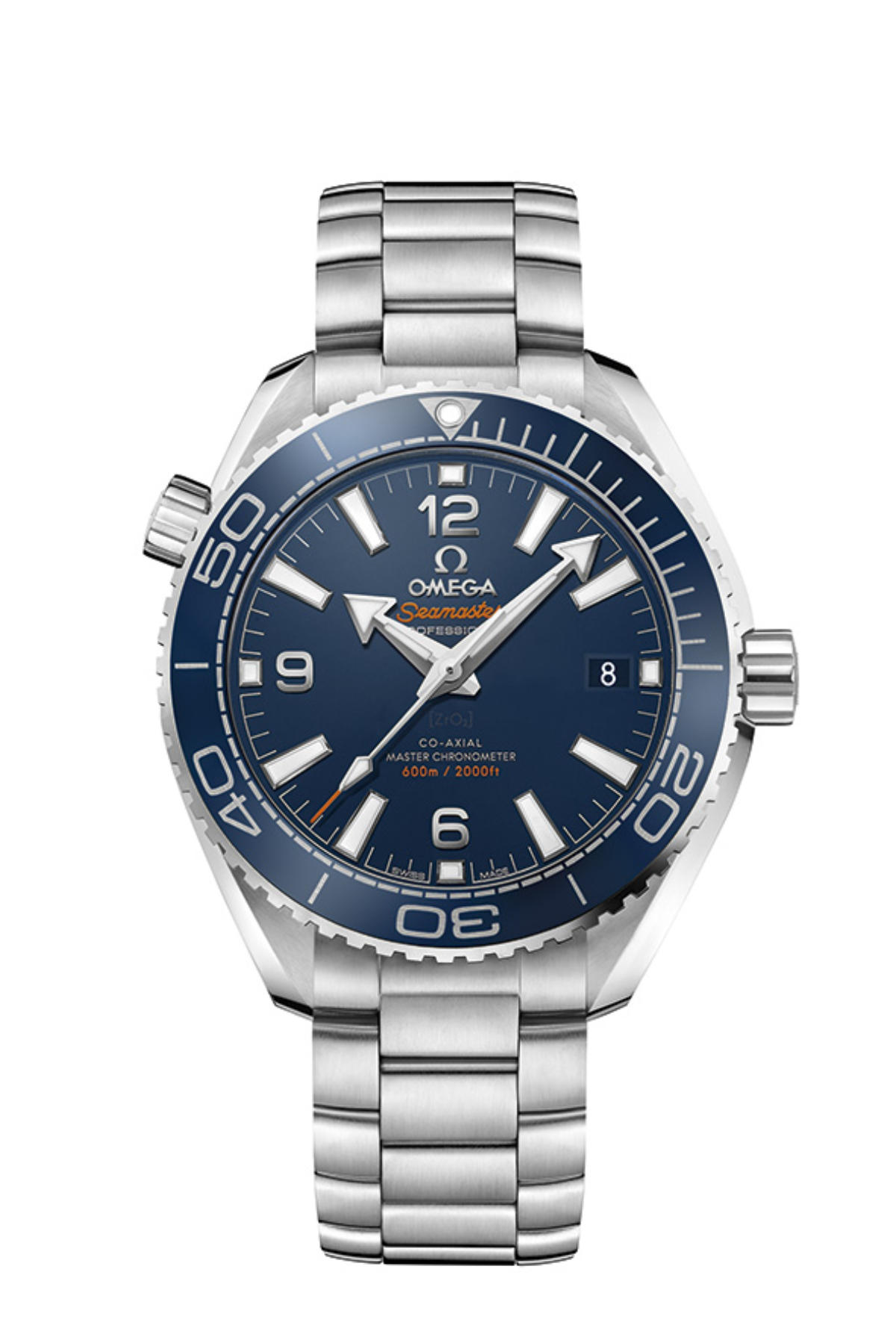 Love vintage? First launched in 1957, the Seamaster 300 represents one of the most significant chapters in OMEGA’s underwater history. Today, the design remains nearly unchanged. Of course, there have been serious upgrades over the decades, including a new slimline 41 mm look in stainless steel, as well as a Co-Axial Master Chronometer movement inside. A touch of heritage also remains through the use of vintage Super-LumiNova, as well as the lollipop central seconds hand, which makes timing your laps particularly easy to read. 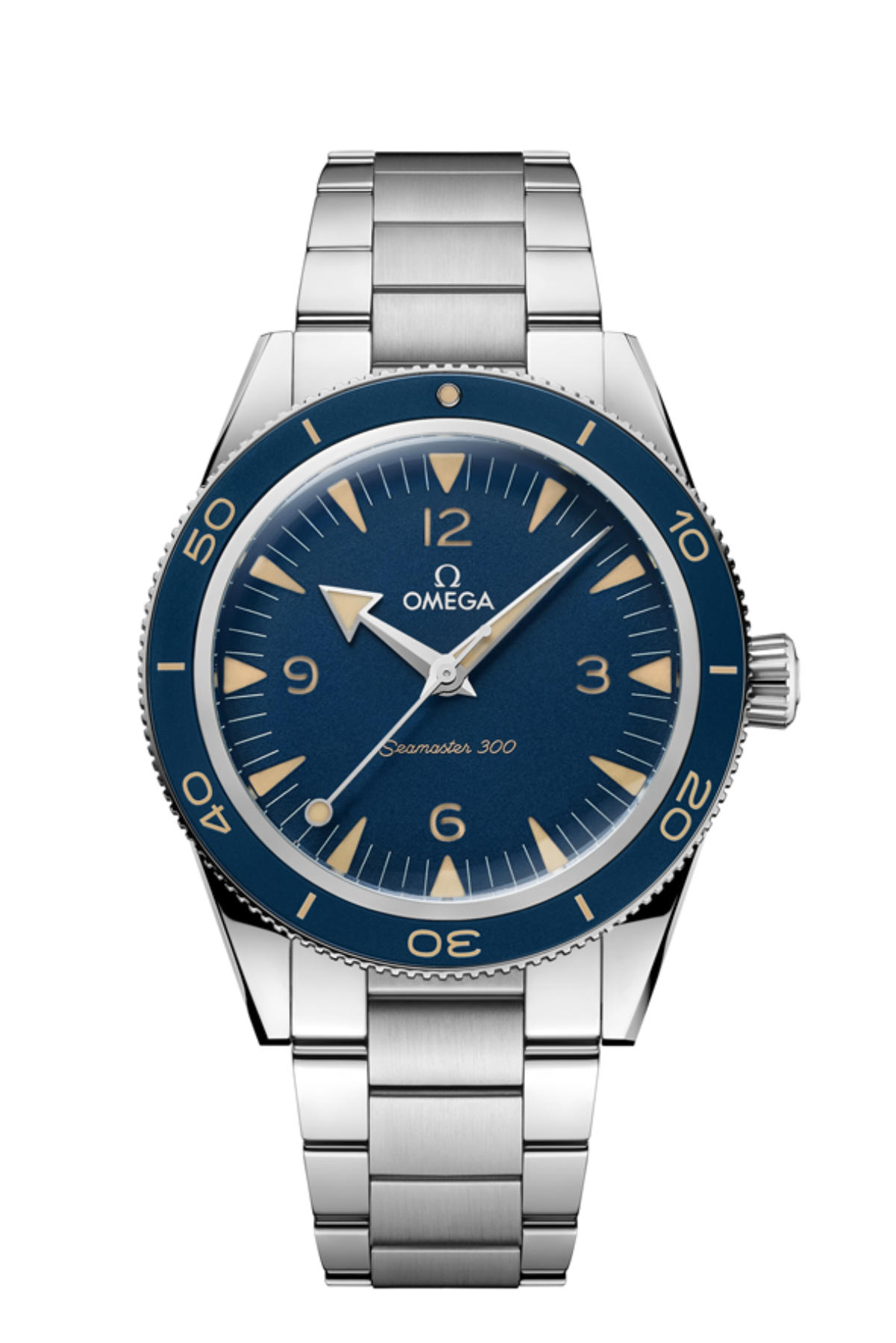 The Planet Ocean is a watch that truly captures the aquatic spirit of OMEGA. It retains design features from some of the brand’s most iconic diving watches, while also establishing its own identity through unique details. In this 39.5 mm model in stainless steel, you’ll find a blue ceramic dial with Arabic numerals, matched by a blue ceramic bezel with an OMEGA Liquidmetal™ diving scale. Along with keeping perfect time thanks to its Co-Axial Master Chronometer movement, the use of Super-LumiNova ensures great visibility in all conditions.