Basketball isn’t just a sport – it’s a lifestyle. This season, German fashion luxury house MCM is teaming up with leading sports brand PUMA to bring a slam dunk when it comes to high-end fashion that does full justice to the all-American game. In true showboating style, the MCM x PUMA collaboration celebrates all the raucous glamour that basketball has to offer, featuring the PUMA Slipstream Lo.

The two style giants are an obvious fit for this thrilling commemoration, having worked together in 2018 to release a special edition of PUMA’s iconic Suede. This time the teamwork is even more ambitious, with the MCM x PUMA range seeking to capture the charisma and exhilaration of all thing’s basketball – and what’s more, basketball superstar-in-the-making Mikey Williams has been recruited as a triple-double for the global campaign.

“The love affair between luxury and sport is clear in this second collaboration we’ve created with MCM, the classic details of both German brands are visible in the design and construction,” said Heiko Desens, PUMA’s Global Creative Director. “The first time we worked together was an instant success, I’m certain that it will happen again and that everyone will be excited about what’s to come.”

“The collaboration between MCM and PUMA tells a great story of the heritage of both brands, but also how important culture is for MCM and the connection to all relevant topics for our consumer – from sport, music, to the influence of street-culture for luxury brands.”Dirk Schönberger, MCM Global Brand Officer. 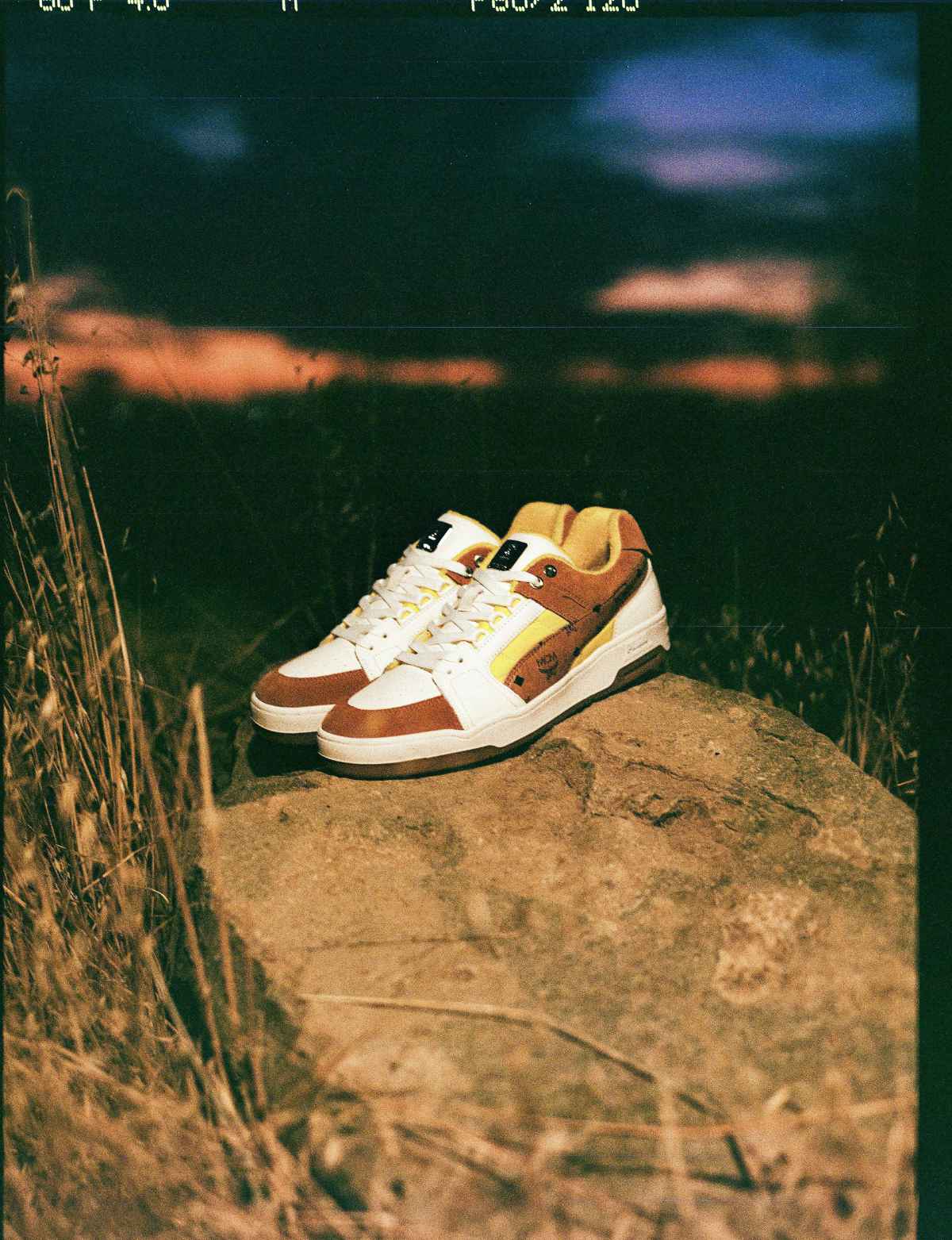 This means MCM and PUMA will be bringing the ball both on and off the court – with a release in three dramatic drops. The first is set for September 6th with Show Love, featuring a one-of-a-kind MCM edition of the PUMA Slipstream Lo, a court classic reinvented which will come adorned with cognac Visetos Monogram highlights – a long-running hallmark of the Haus. October sees the second drop Show Up, the PUMA Slipstream Lo will be emblazoned with black and white details and embellished by MCM’s striking Cubic Monogram for a full visual box out, the footwear is showcased with some Mikey Williams magic.

The third and final drop for the collaboration will be launched in the first half of 2023 – a luminous take on athletic classics, featuring lively ready-to-wear and a uniquely eye-catching edition of PUMA’s TRC Blaze Court Shoe that’s sure to invoke envy whether worn on the paint or in the seats. With exceptional products released over three action-packed drops, the MCM x PUMA partnership fully captures the electrifying energy and breathtaking spectacle of the basketball lifestyle.

The first drop of the MCM x PUMA Slipstream Lo will be available globally from September 6th at MCM Worldwide in-store and online and from September 10th globally in selected PUMA Stores and its Luxury Distribution partners with a retail price of 500 Euros. 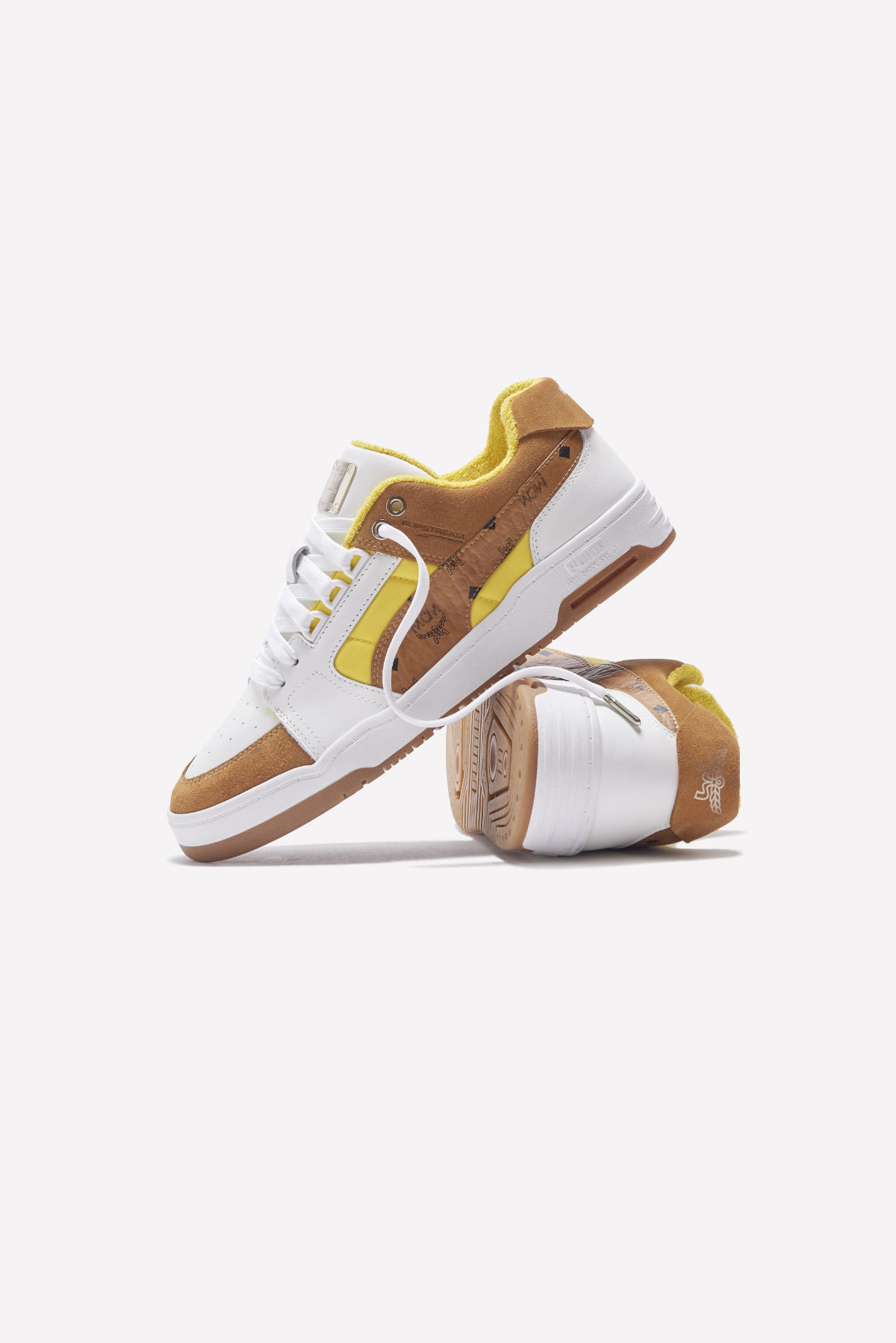 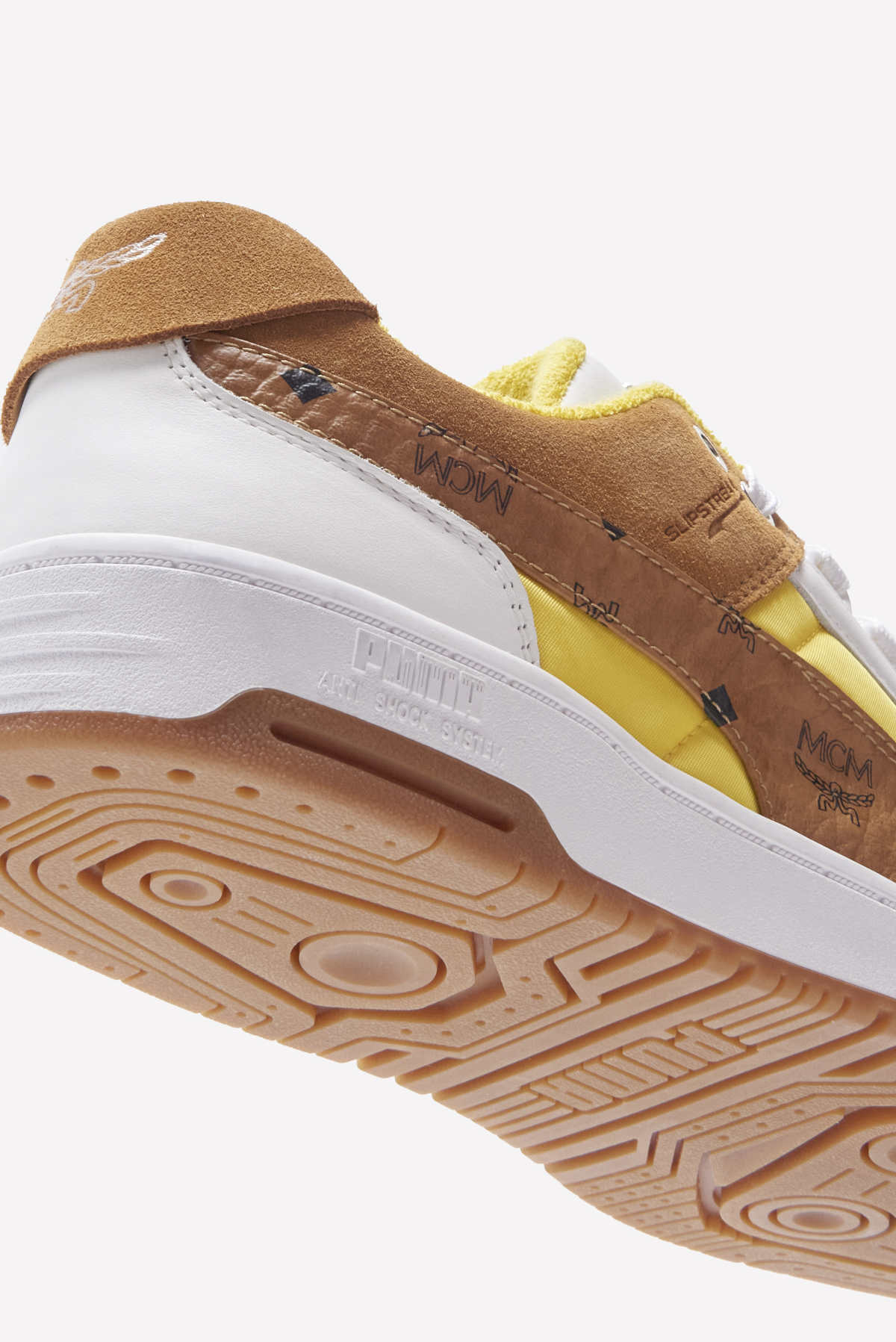 MCM is a luxury lifestyle goods and fashion house founded in 1976 with an attitude defined by the cultural Zeitgeist and its German heritage with a focus on functional innovation, including the use of cutting-edge techniques. Today, through its association with music, art, travel, and technology, MCM embodies the bold, rebellious, and aspirational. Always with an eye on the disruptive, the driving force behind MCM centers on revolutionizing classic design with futuristic materials. Appealing to the 21st Century Global Nomad generation - dreamers, creatives, and digital natives - MCM’s millennial and Gen Z audience is genderless, ageless, empowered and unconstrained by rules and boundaries. MCM is currently distributed online and in 650 stores worldwide including Munich, Berlin, Zurich, London, Paris, New York, Hong Kong, Shanghai, Beijing, Seoul, Tokyo, Middle East and more. For further information about MCM: www.mcmworldwide.com.

PUMA is one of the world’s leading Sports Brands, designing, developing, selling, and marketing footwear, apparel and accessories. For more than 70 years, PUMA has relentlessly pushed sport and culture forward by creating fast products for the world’s fastest athletes. PUMA offers performance and sport-inspired lifestyle products in categories such as Football, Running and Training, Basketball, Golf, and Motorsports. It collaborates with renowned designers and brands to bring sport influences into street culture and fashion. The PUMA Group owns the brands PUMA, Cobra Golf and stichd. The company distributes its products in more than 120 countries, employs more than 16,000 people worldwide, and is headquartered in Herzogenaurach/Germany. https://about.puma.com