ASTRONEF propels us into the exclusive world of uncompromising modern watchmaking. It is heir to both ancestral know-how and an unyielding desire to create the design of tomorrow. Its character combines adrenaline and contemporary art. ASTRONEF adopts the technology developed for SPACE REVOLUTION, yet only the tourbillon specifically recalls their kinship. 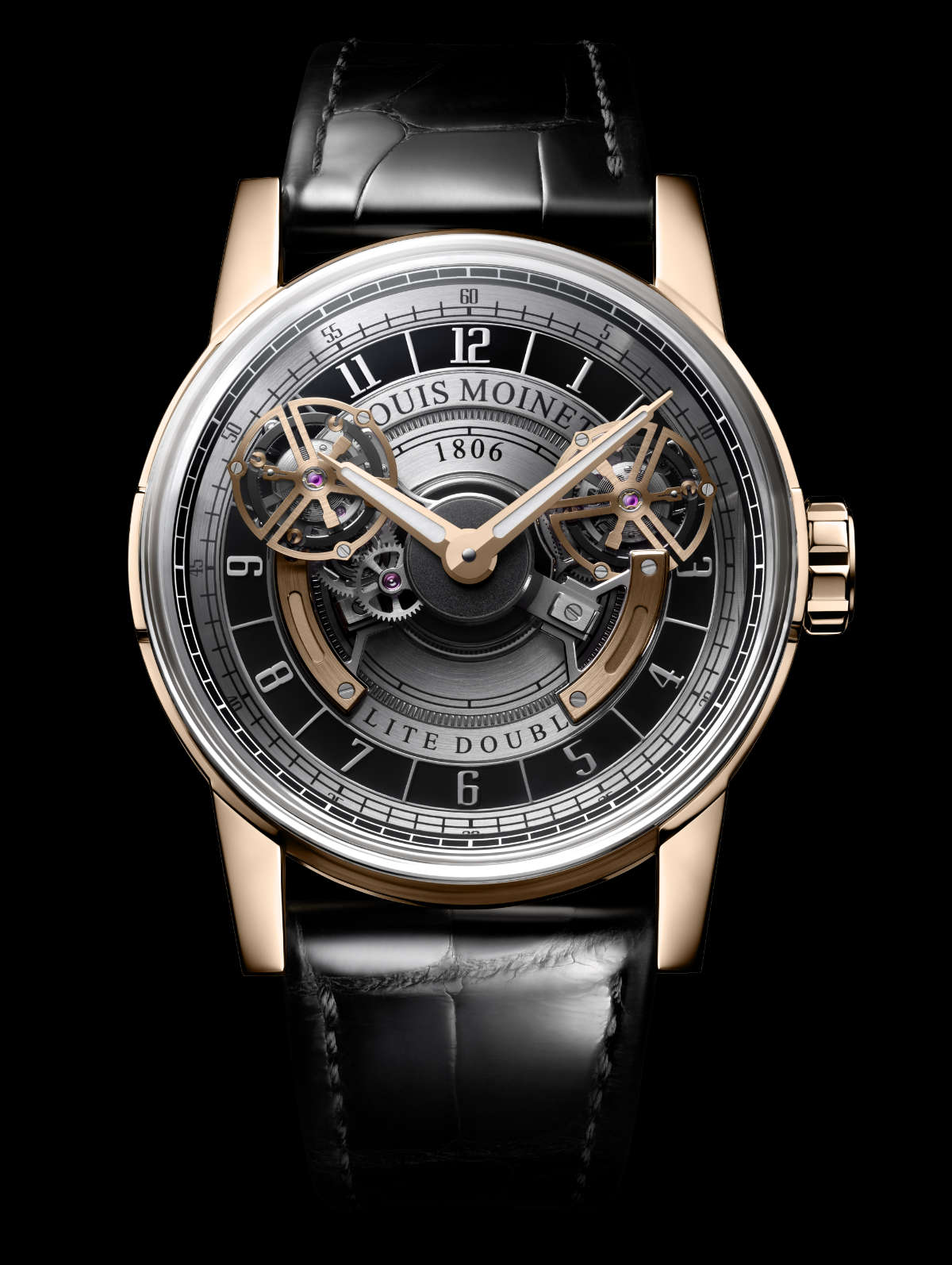 THE ESSENCE OF DESIGN

"Produce an excellent and curious effect": this maxim upheld by Louis Moinet (1848) was our starting point for designing ASTRONEF. The idea is to push back known limits, just as Louis Moinet did in his time – notably by inventing the chronograph in 1816.

The ASTRONEF mechanism required more than three years of research. Given its totally innovative character, its development was even considered impossible at various stages of research and almost discontinued. The fact that ASTRONEF was finally able to see the light of day was due to the concerted efforts of the finest watchmakers and engineers.

Today, one can safely state that ASTRONEF is one of the most important superwatches.

The dial is made from a plate measuring a total 0.6 mm thick, from which 0.2 mm is then hollowed out to reveal the numerals and a rack, in order to create a depth effect facilitating readings. The ensuing deep black DLC treatment creates a striking contrast with the rhodium plating and endows it with a two-tone hue. Finally, a circular satin-brushed finish is applied to instil it with undeniable strength of character.

The curved crystal of ASTRONEF reveals the powerful mechanism and its power is accentuated by the lightness of its gold frame and sapphire container. This maximum transparency enables observers to admire a unique sight. The technical construction of the case is unusual: 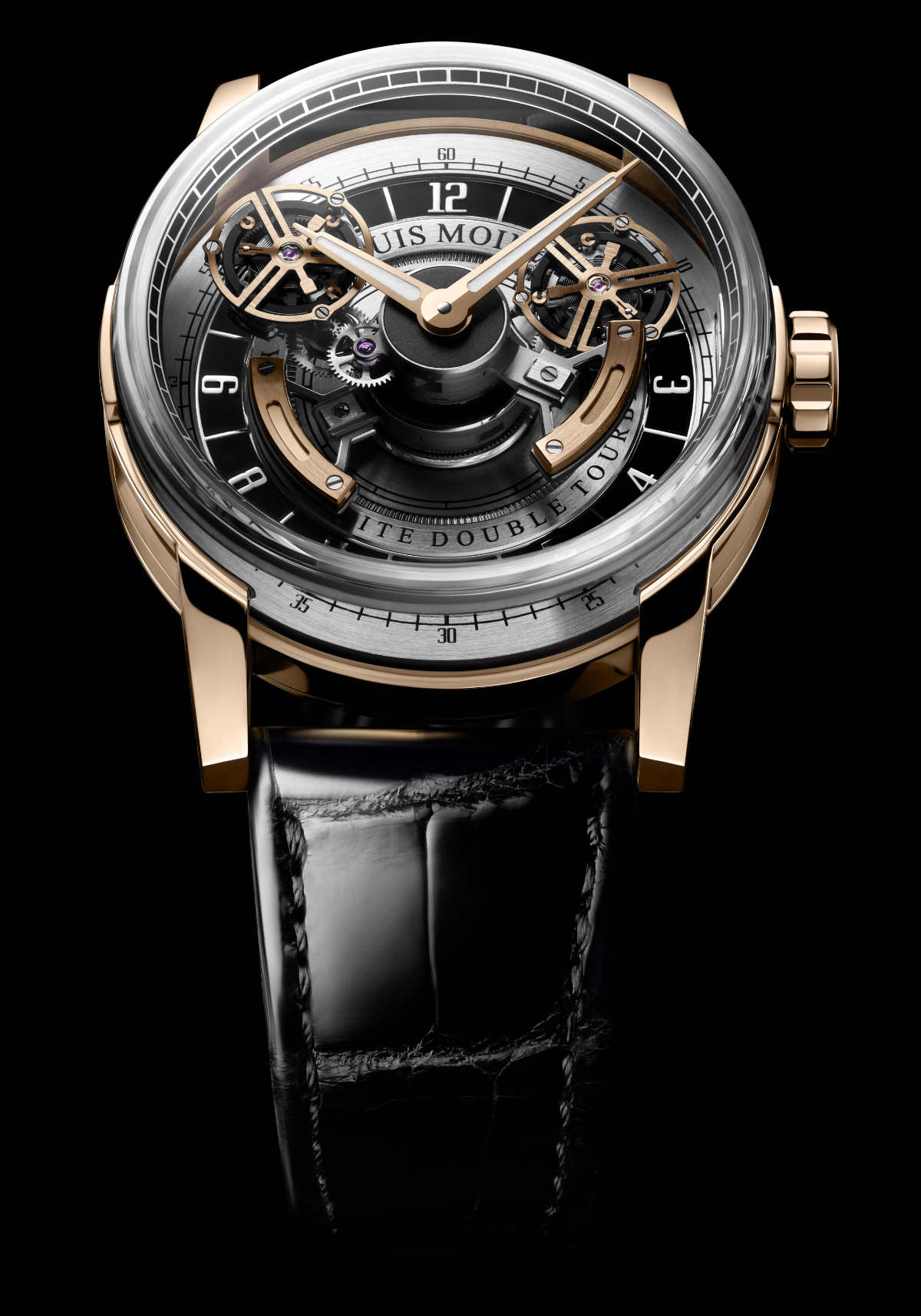 ASTRONEF showcases recently introduced technology involving two tourbillons rotating in opposite directions at high speed. They cross paths 18 times per hour (every 3 minutes and 20 seconds) and are built on two different levels.

This gives life to a captivating animation, which unfolds before the wondering gaze. In all, six distinct elements are in motion: two satellite tourbillons rotating around the dial, as well as their two cages and their two counterweights.

ASTRONEF has been designed to instil a sense of movement, whatever the angle from which it is viewed. Fluid on the outside, original on the inside, it features an absolutely unique and distinctive aesthetic. 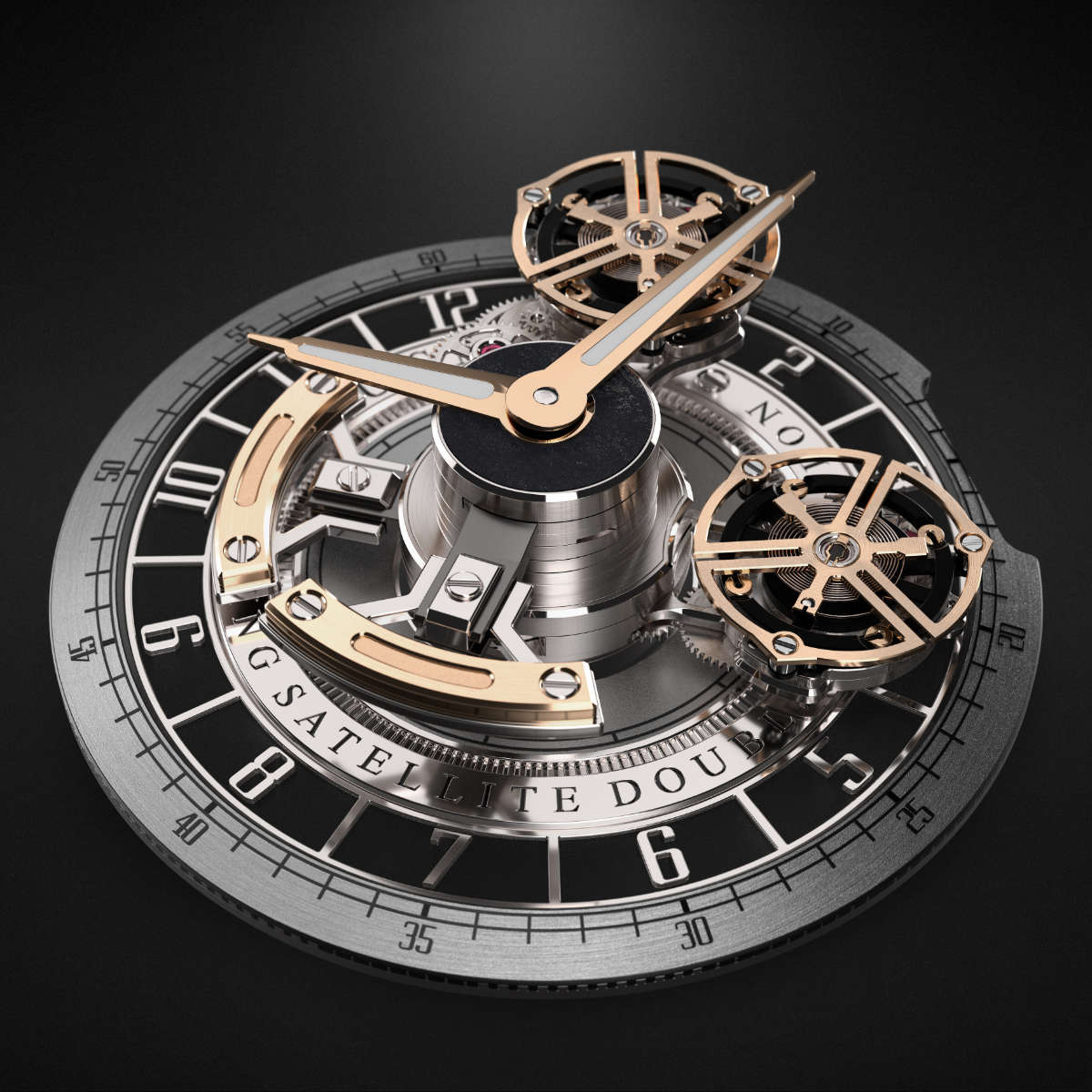 The mechanism is hidden in the base of the frame, which is only 3.75 mm thick. The advantage of this construction is that it clears the stage to enhance the magic of the show being staged. The spectacular design linked to the complexity of the mechanism is marked by its control tower – or central column – which transmits the orders to the tourbillons and hands. Finally, the mechanical part is ennobled by a powerful and modern engine that endows it with a very high level of performance, making it even more efficient than a single tourbillon.

SECRETS OF THE MECHANISM

Perfect rotation and poising of the rotating elements:

Each supplies its energy to the tourbillon

- A single movement crafted per month 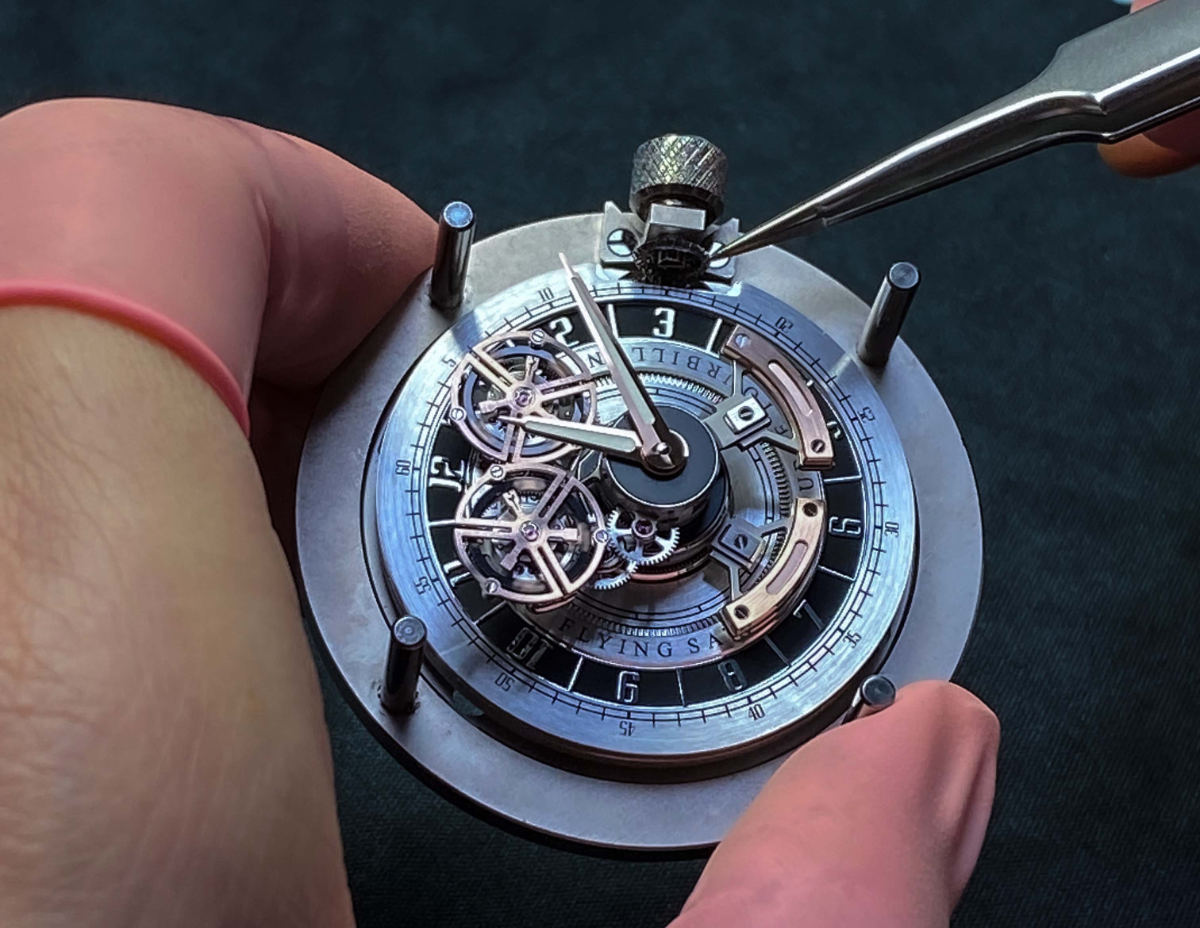 The tourbillon cages are geometrically shaped. The weight of a cage is only 0.25 grams, in order to guarantee the correct speed through fine poising. Each cage rotates in 60 seconds and requires perfect poising, which also relies on an 18K gold counterweight weighing 0.4 grams.

Placing the selector on the back of the case enabled a gain in volume and this device plays two distinct roles: time-setting or winding. The crown is no longer pulled out; it is used to set the hands or to wind the mechanism.

Like every detail of ASTRONEF, this function expresses technicality, elegance and exclusivity based on of a unique mechanism stemming from extensive research experience. 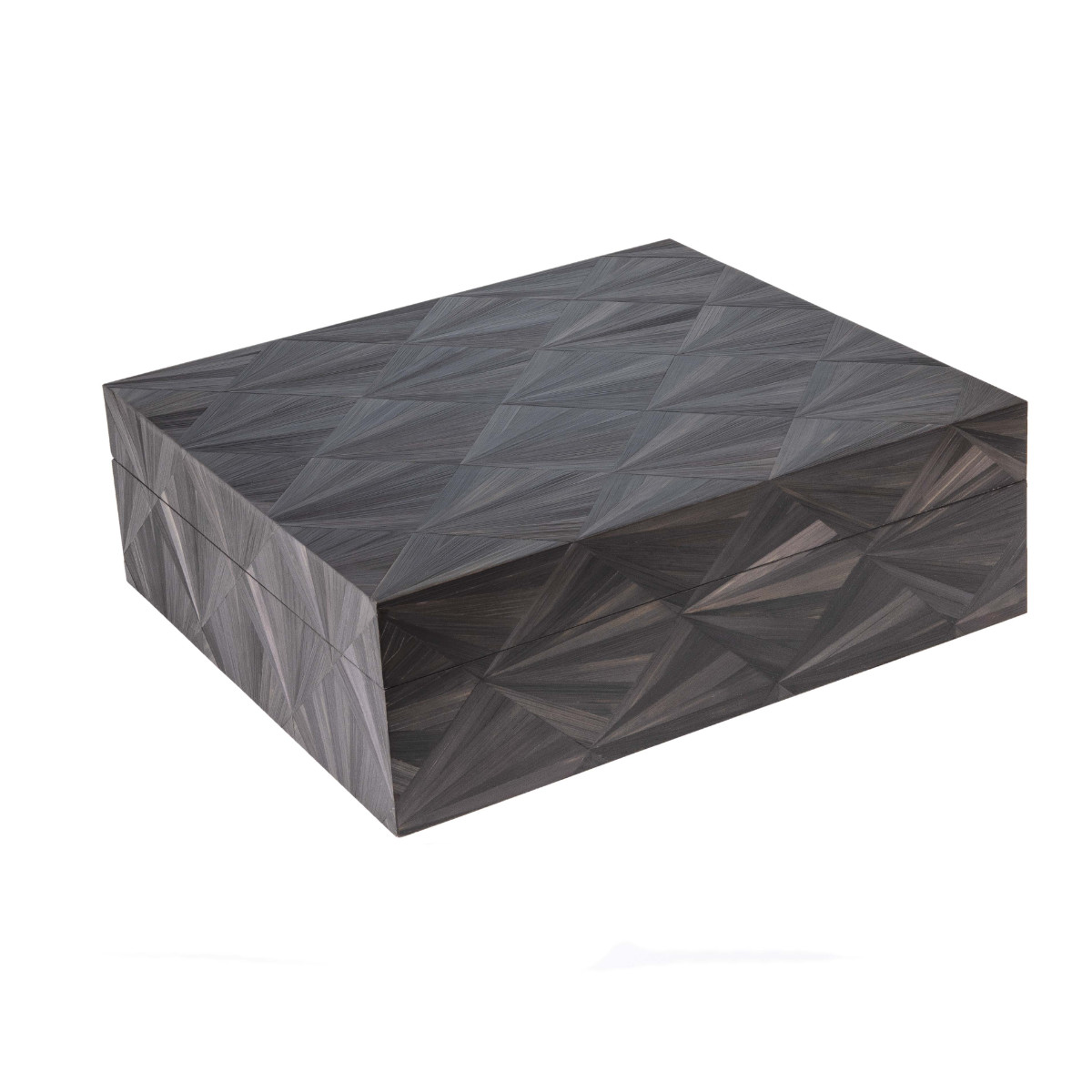 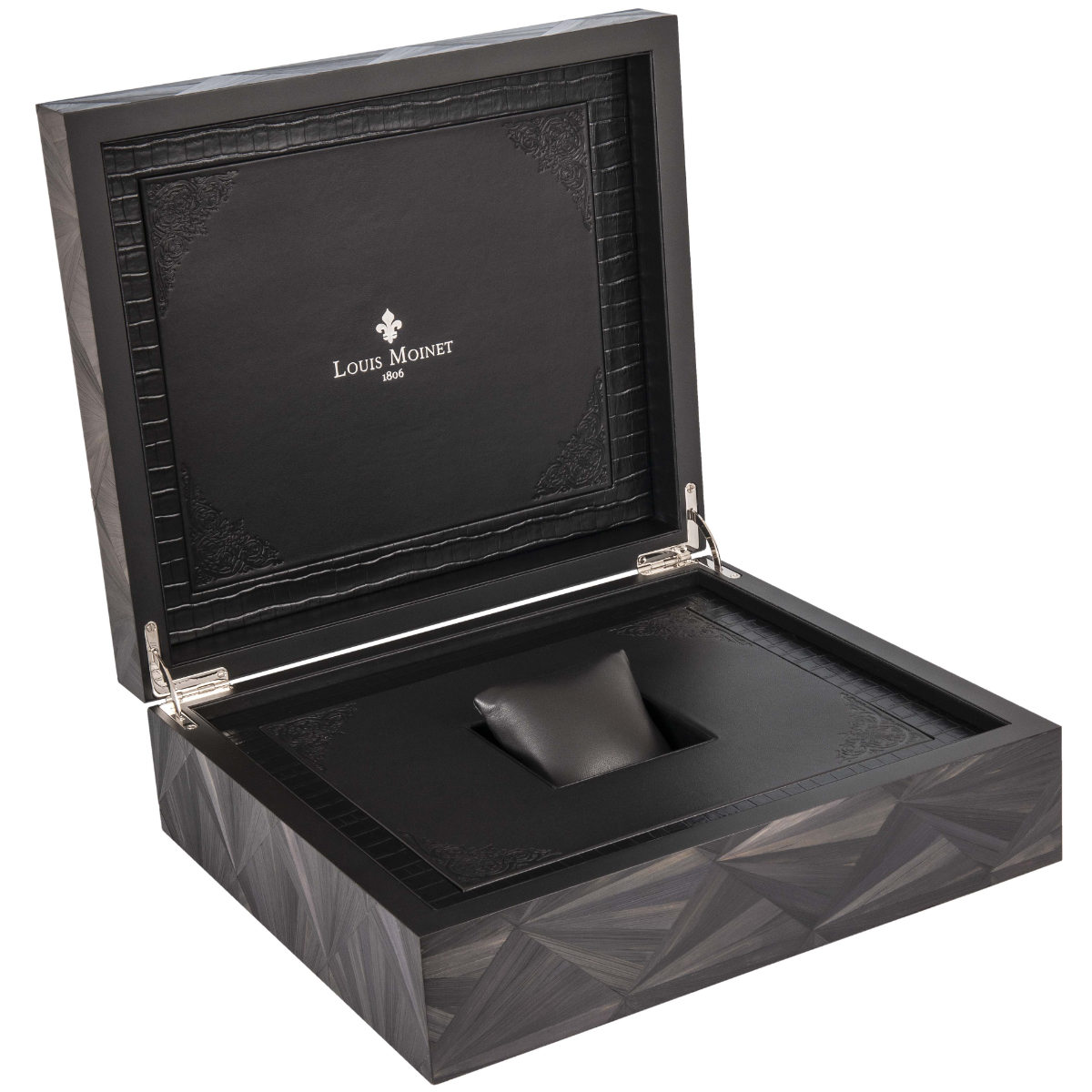 A presentation box is specially made for each ASTRONEF. Finely crafted by an artisan, it notably features a straw marquetry motif in various shades and the buyer can choose from several different graphic design alternatives.

Only eight ASTRONEF watches will emerge from Ateliers Louis Moinet in Saint-Blaise, a number meaning that only eight owners will jealously safeguard this elite embodiment of contemporary watchmaking technology. 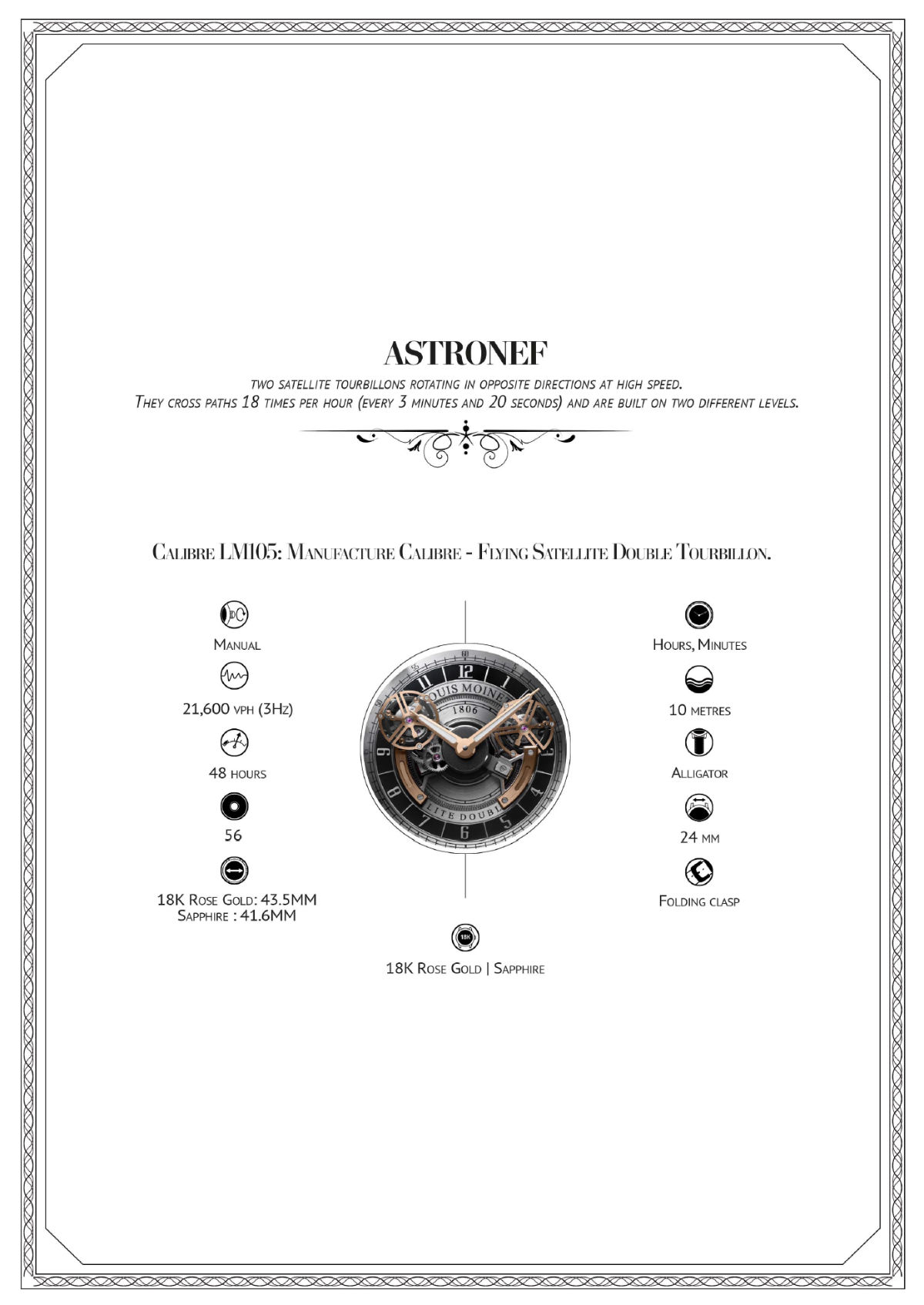 Jean-Marie Schaller created Les Ateliers Louis Moinet in St-Blaise (NE) in 2004. The fully independent firm was established to honour the memory of Louis Moinet (1768-1853): master watchmaker, inventor of the chronograph in 1816 (certified by Guinness World Records™), and pioneer in the use of very high frequencies (216,000 vibrations per hour). Louis Moinet was a watchmaker, scholar, painter, sculptor, and teacher at the School of Fine Arts – as well as the author of the Traité d’Horlogerie, a watchmaking treatise published in 1848 that remained a definitive work of reference for a century.

Today, Ateliers Louis Moinet is perpetuating this legacy. The firm’s mechanical timepieces are produced as one-of-a-kind models or limited editions only and comprise two categories: “Cosmic Art” and “Mechanical Wonders”. Louis Moinet creations often make use of unusual and rare components, such as extraterrestrial meteorites or prehistorical materials. The brand’s core values are creativity, exclusivity, art and design. This uniquely creative mechanical approach combined with bespoke fine watchmaking has enabled Louis Moinet to win some of the most coveted honours around the world, including a UNESCO Award of Merit, six Red Dot Design Awards (including one Best of the Best Award), a Horological Creativity Contribution Award, gold and bronze medals in the International Chronometry Competition, ten Good Design Awards, four Middle East Watch of the Year Awards, two Robb Report “Best of the Best” Awards, three German Design Awards, two MUSE Design Awards, a Moscow Grand Prix Award, and a “Chronograph of the year” distinction from Begin Magazine, Japan.