A longstanding mainstay within the House’s collections, ‘The Jackie’ experienced a well-chronicled rise to icon status—ever since its debut in 1961, the handbag’s perpetual presence on the arms of celebrated figures around the world crystallized its everlasting association with their signature sophistication.

Dakota Johnson finds herself at the latest inflection point of the line’s celebrated chronology in which a certain attitude encounters a certain era, marking the beginning of a new chapter through the House’s latest campaign. Johnson makes her way through everyday moments in Los Angeles with different versions of the Jackie 1961, each with its own personality, each perfectly paired to the occasion. The film and imagery, captured by Glen Luchford, pay homage to the style’s storied origins as spontaneous snapshots highlight the silhouette’s intrinsic versatility and enduring elegance, reflecting a state of co-existence that spans decades and personas. 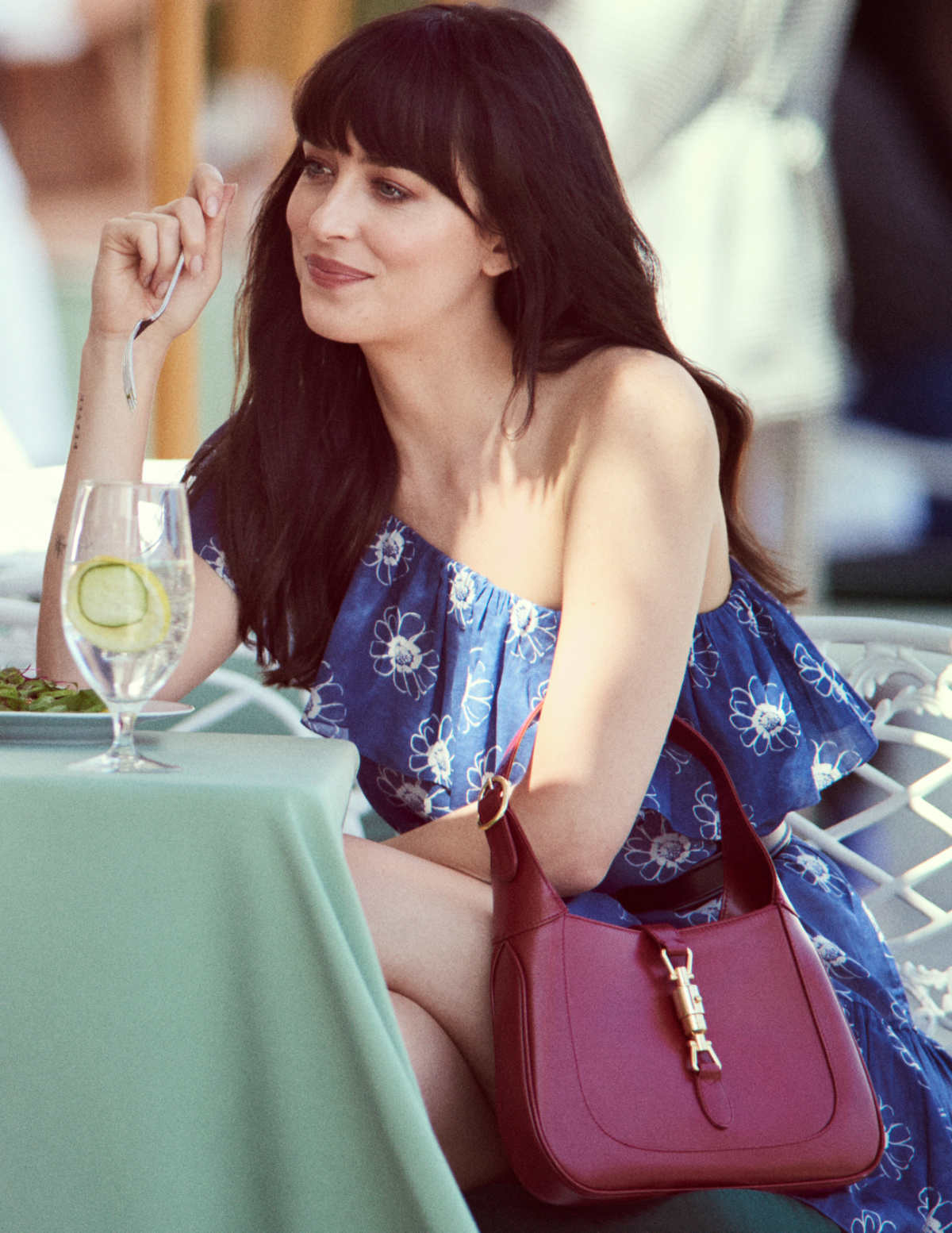 Today’s Jackie 1961 emerges to transcend the traditional with its sleek silhouette, and universal attitude.

Following a distinguished line of reiterations, each emblematic of its time, today’s Jackie 1961 emerges to transcend the traditional with its sleek silhouette and universal attitude. The selection is presented in three different sizes—mini, small, and medium—in a wide range of colors that highlights the design’s inherent versatility. Clean lines bring the focus to the unique piston closure, as well as the quality of the material itself, whether natural grain, patent, or precious leather, or the emblematic GG Supreme canvas. A longer, removable shoulder strap, either in leather or as a chain, enhances the Jackie 1961’s adaptable personality and practicality. Within each collection, the House introduces creative interpretations, including in woven raffia and straw as well as with velvet tapestry patterns for Cruise 2023. 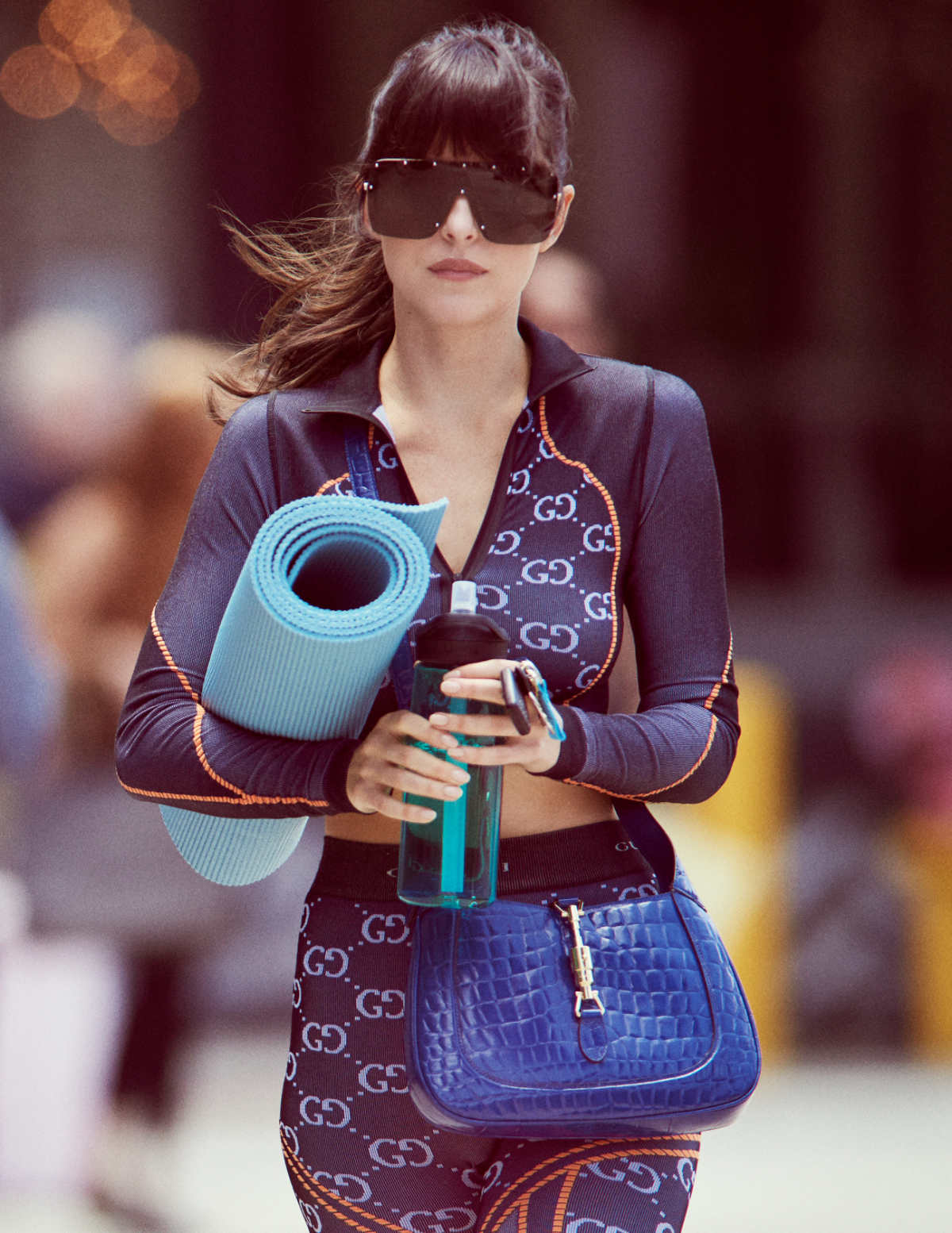 The original model introduced in 1961 became expressive of the 1960s and 1970s jetsetter lifestyle for which Gucci was known and new sensibilities were brought to the signature style in 1999 and 2009, drawing from a contemporary intuition and attitude and ever-assuming new characters that defy definition. 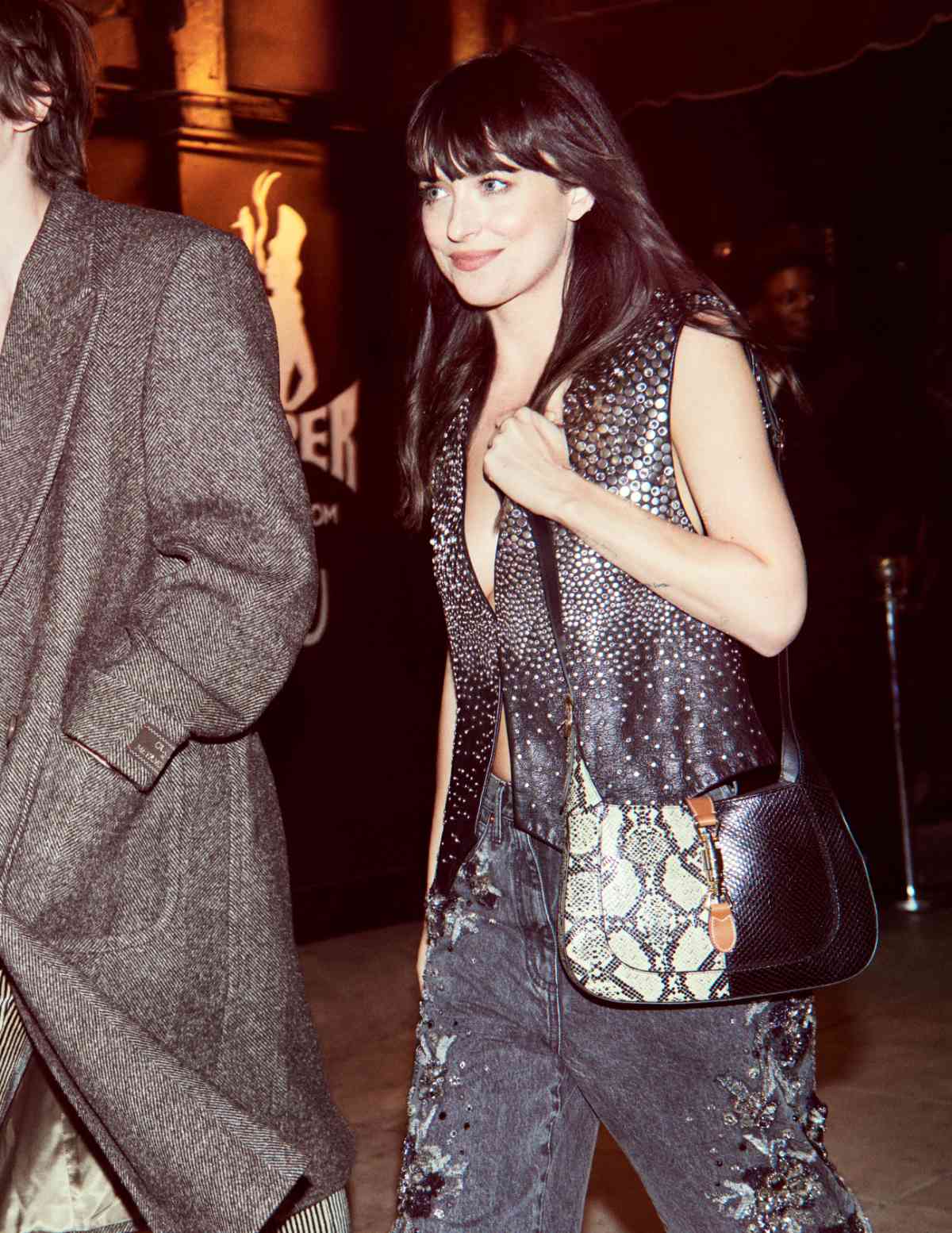 The Jackie 1961 is available exclusively in Gucci stores and on Gucci.com.