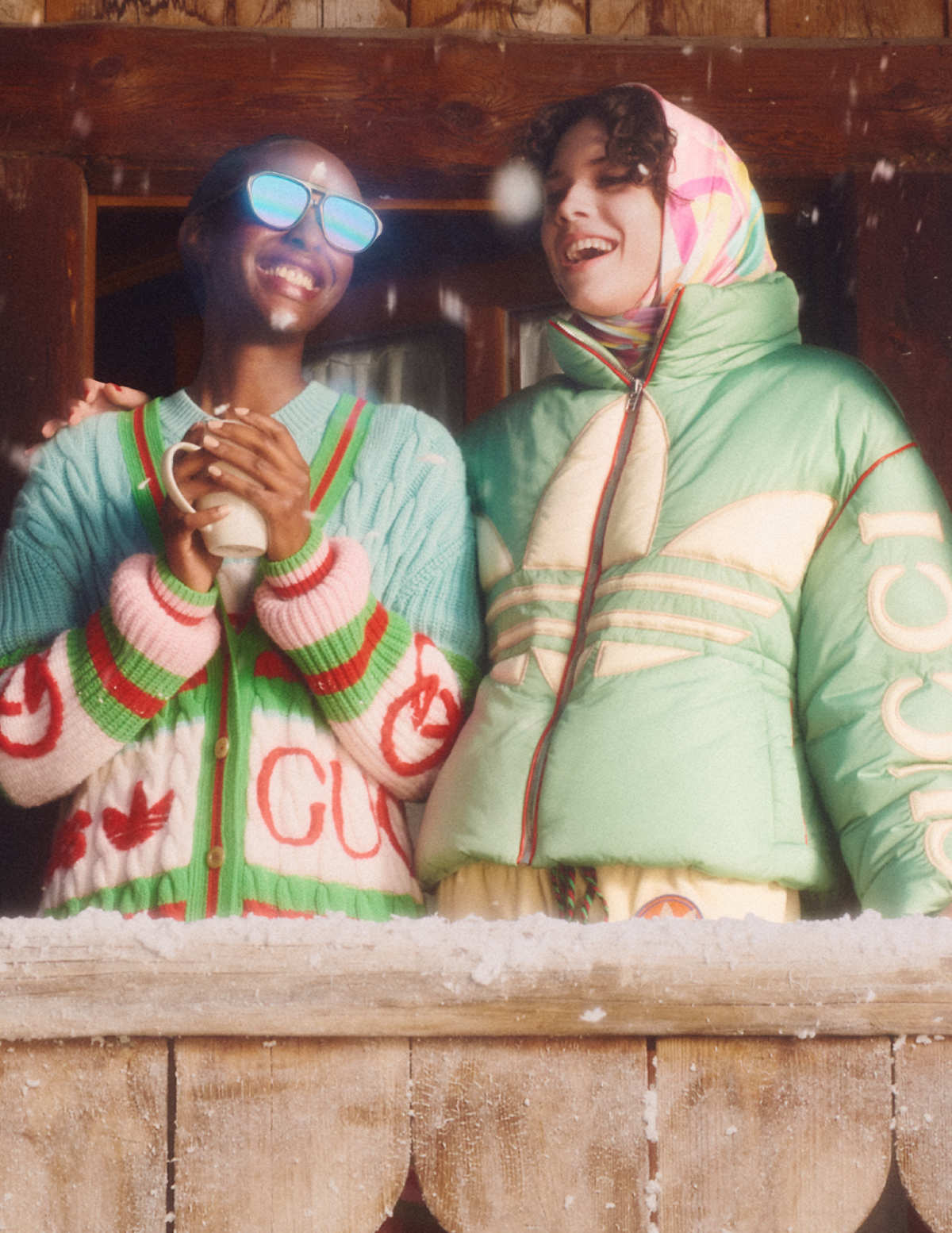 The House presents Gucci Après-Ski—a selection of pieces envisioned for mountain leisure and beyond. Drawing from the easygoing allure of winter getaways, the offering expands upon the House’s vision of a travel-minded lifestyle while continuing the strand of surprise that runs through its collections.

Gucci Après-Ski encompasses the duality of sportier and refined aesthetics often seen off-piste, showcased in an assortment of skiwear-inspired coordinated sets, updated iterations of signature handbag lines including the Gucci Horsebit 1955, Gucci Diana, and GG Marmont, lug-soled boots inspired by cold-weather footwear, and ski mask silhouettes from Gucci Eyewear among other styles. The lineup also introduces a special preview of ready-to-wear and accessories from a forthcoming chapter of adidas x Gucci as well as a set of aluminum hard-sided trolleys, created in collaboration with the Italian luxury luggage maker FPM Milano, in a continuation of the House’s Gucci Valigeria travel narrative. 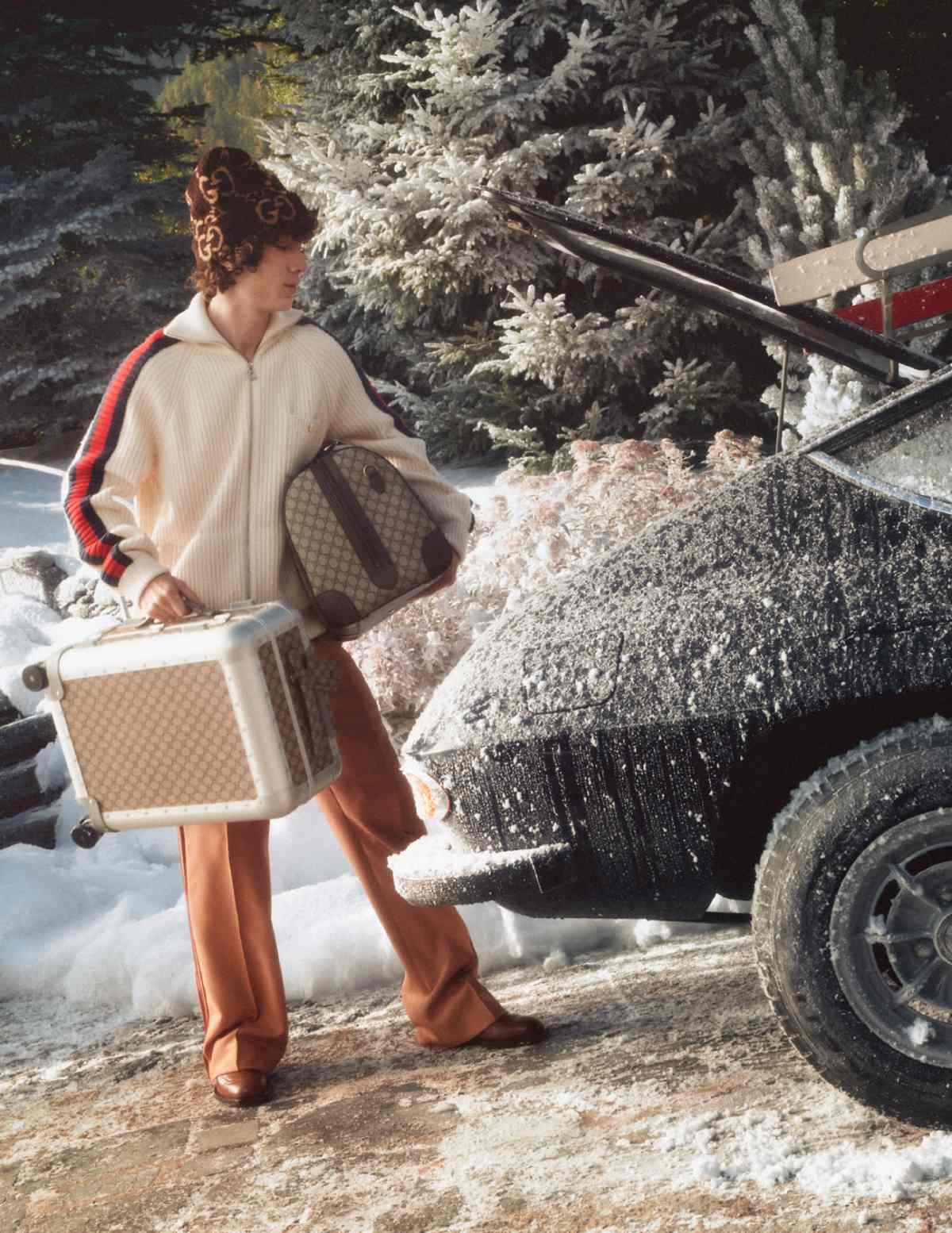 The Gucci Après-Ski selection is captured through stills by Mark Peckmezian and a film by Akinola Davies Jr. in a new campaign that follows a cast of characters as they embark on an alpine escape. The friends unwind against the backdrop of scenic peaks and charming chalets within a retro-tinged film and imagery that embody the cozy conviviality of the offering.

Gucci Après-Ski will be available in Gucci boutiques, as well as on gucci.com, with special Pop-Ups in Courmayeur, Cortina, Courchevel, Verbier, and Kitzbühel. 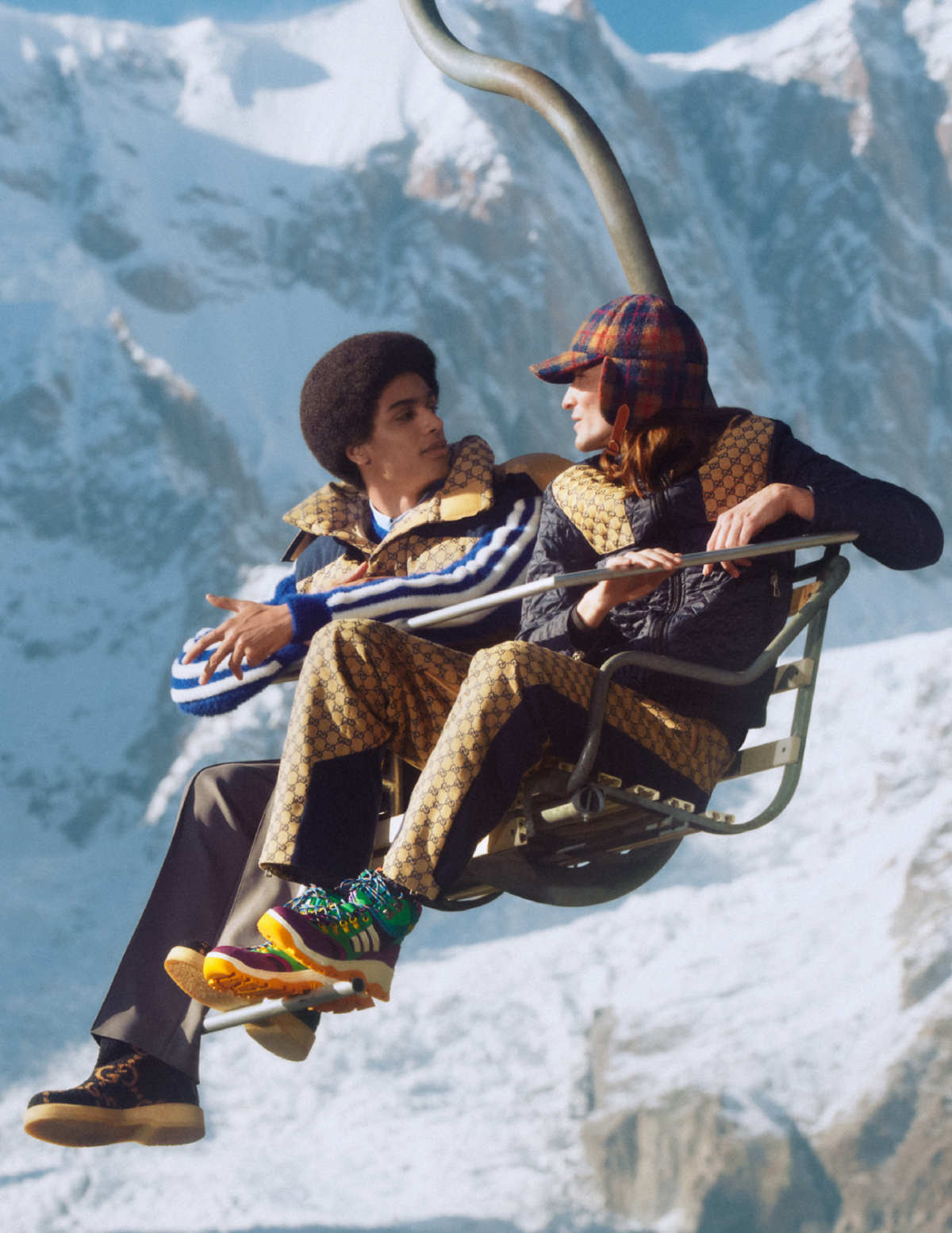 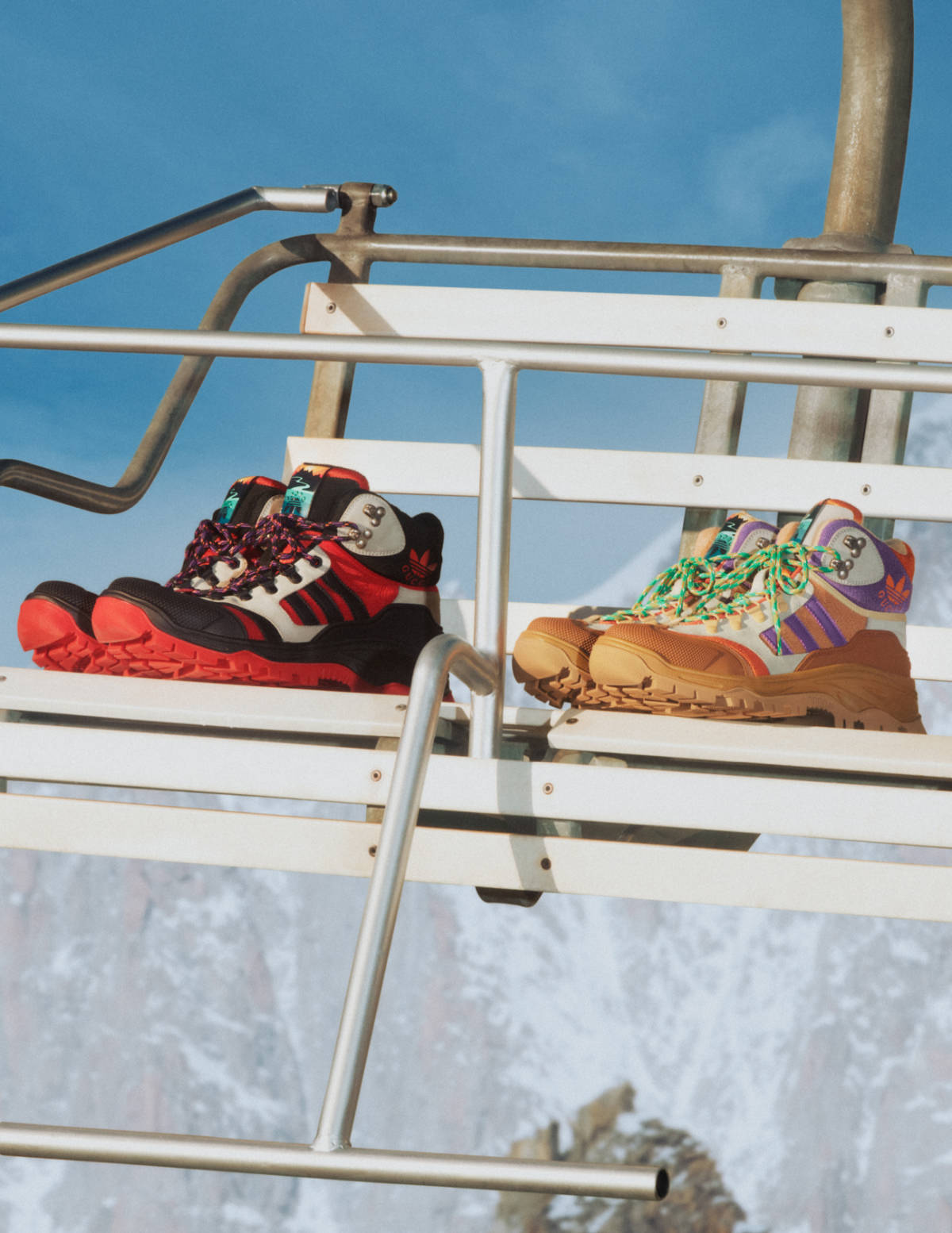 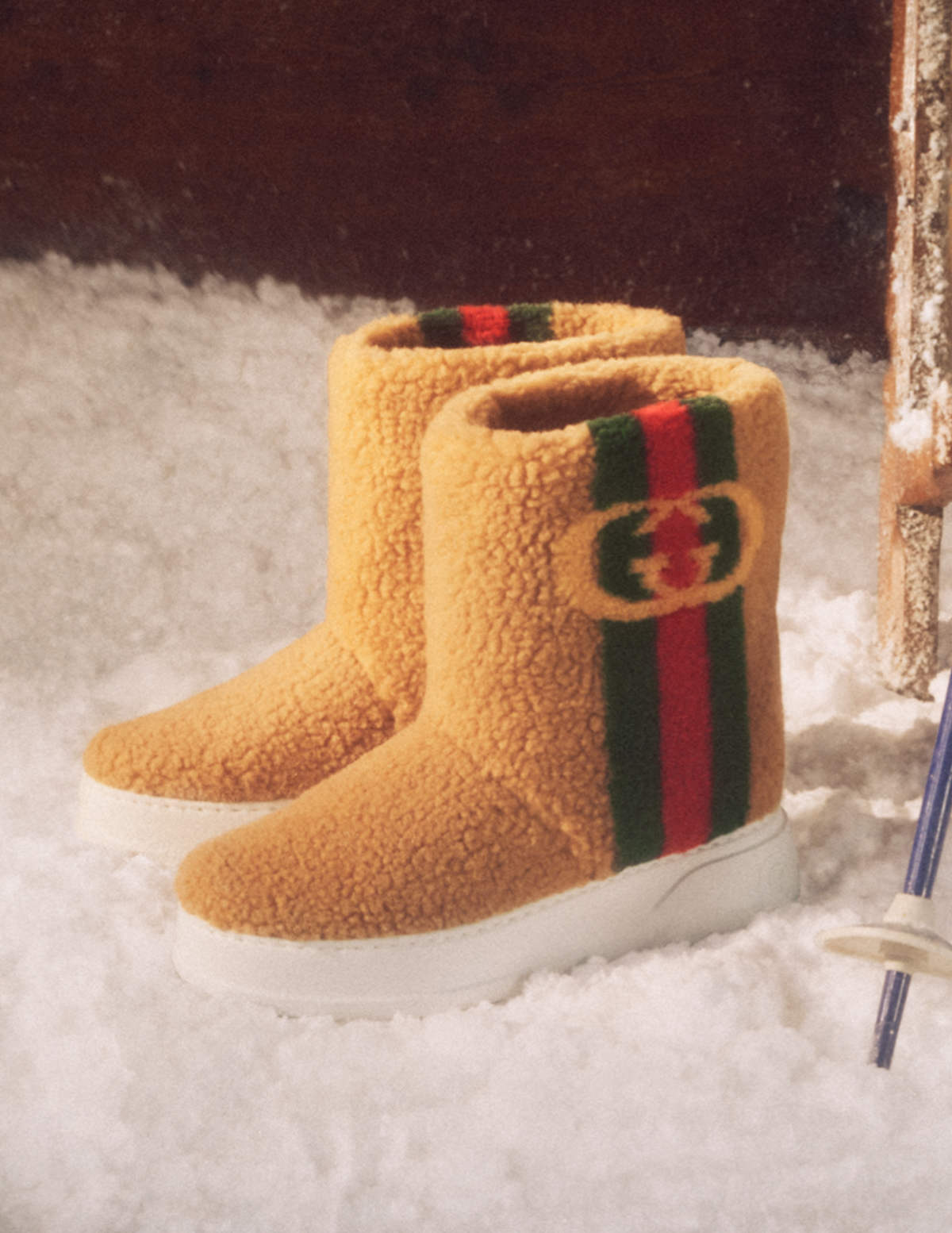 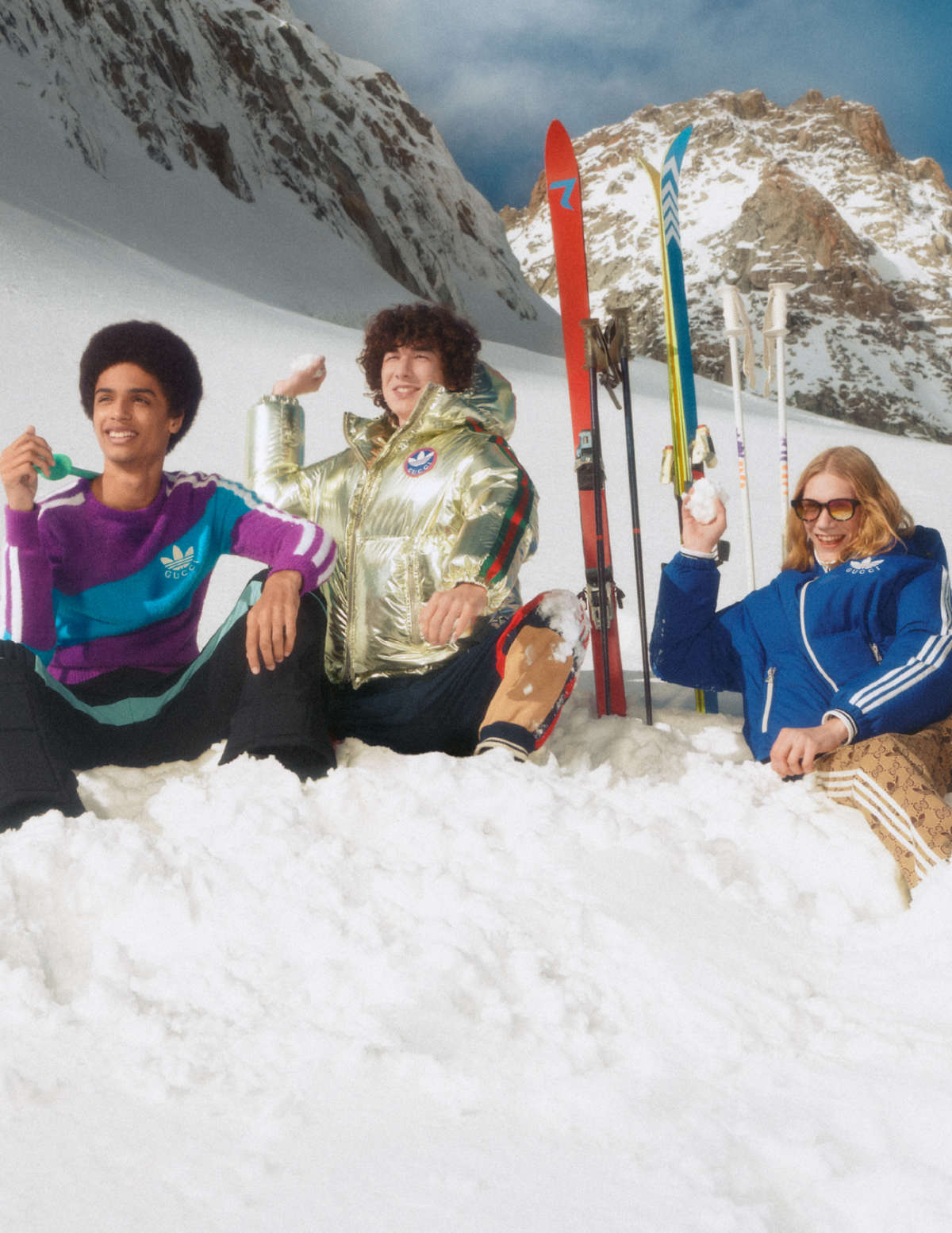 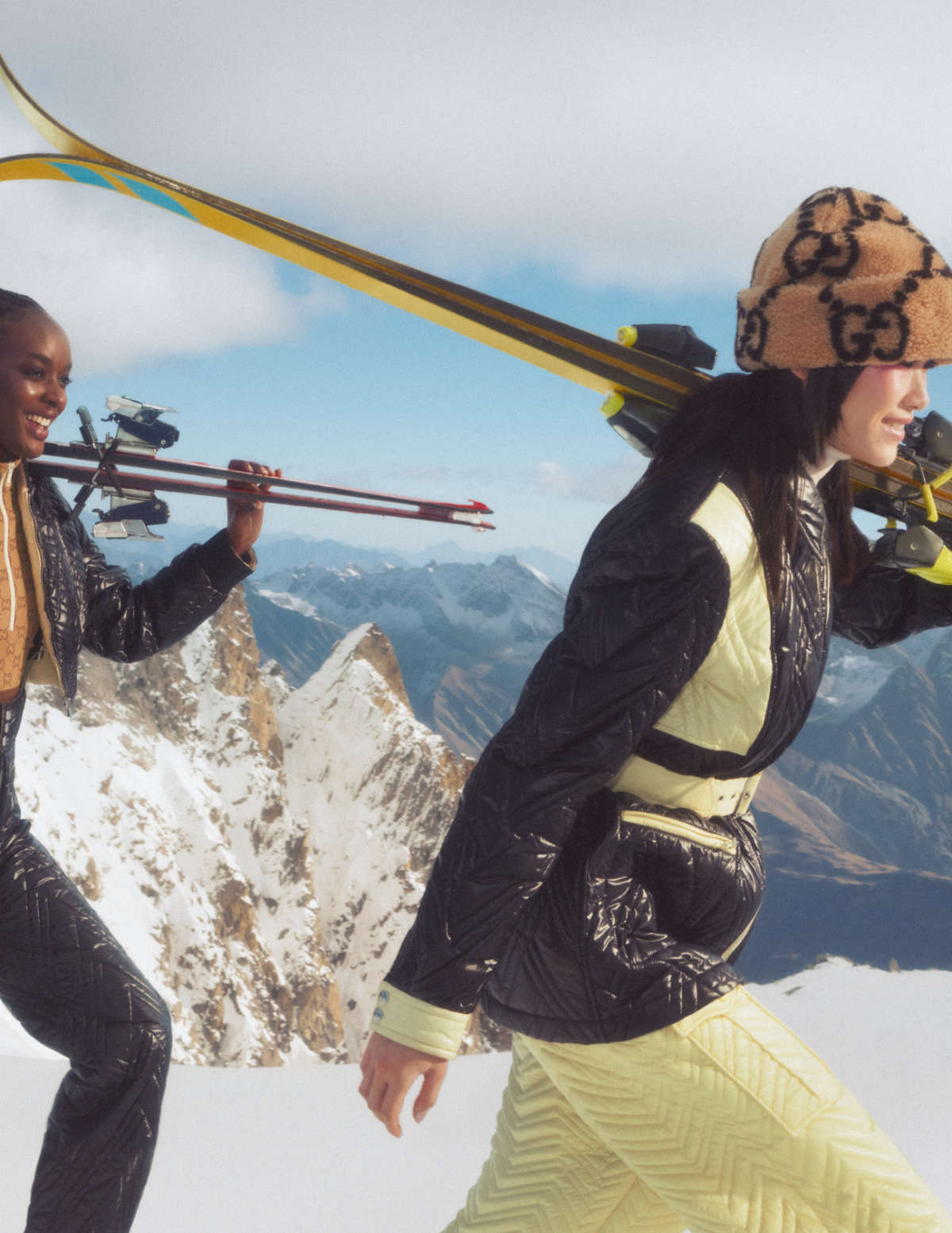 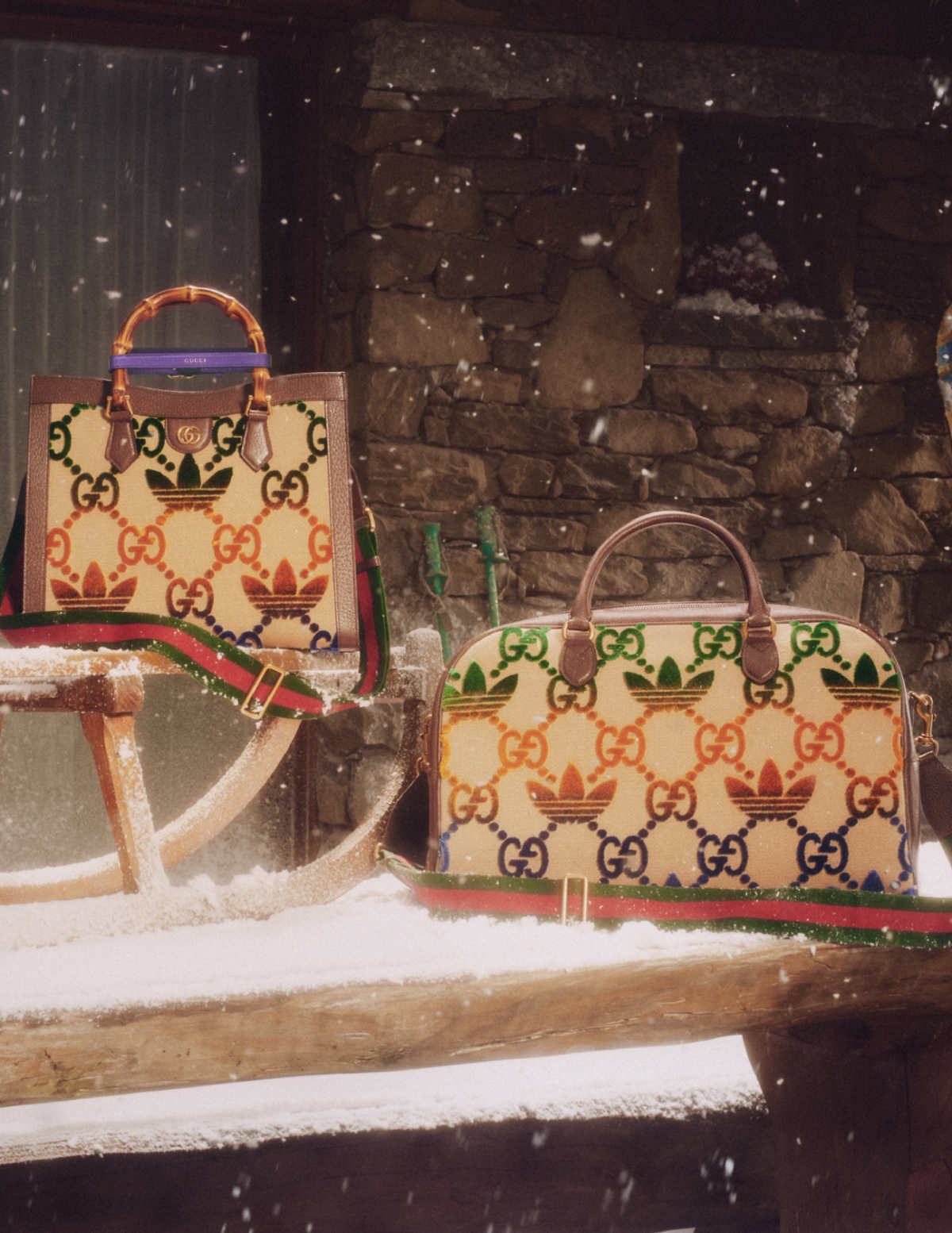 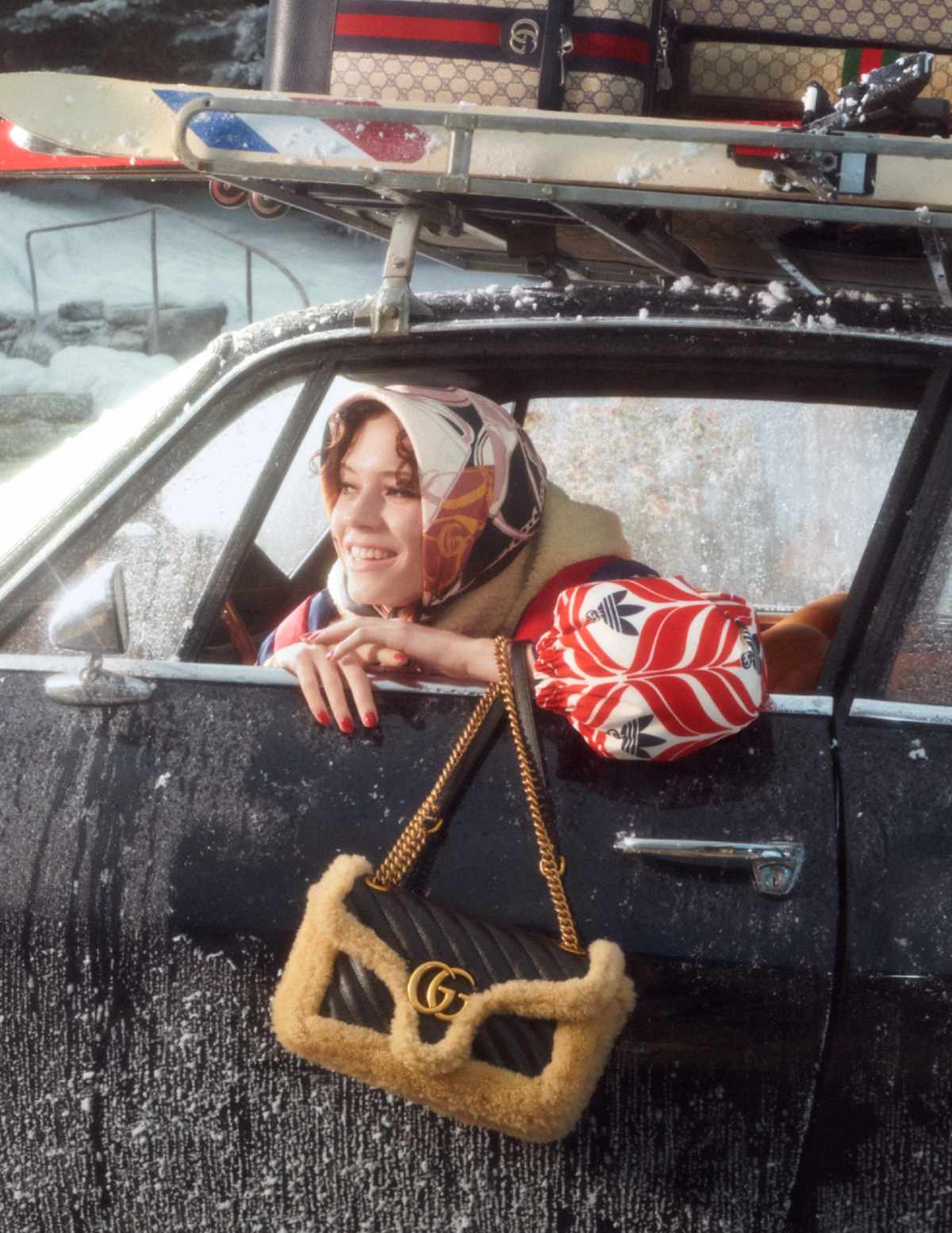 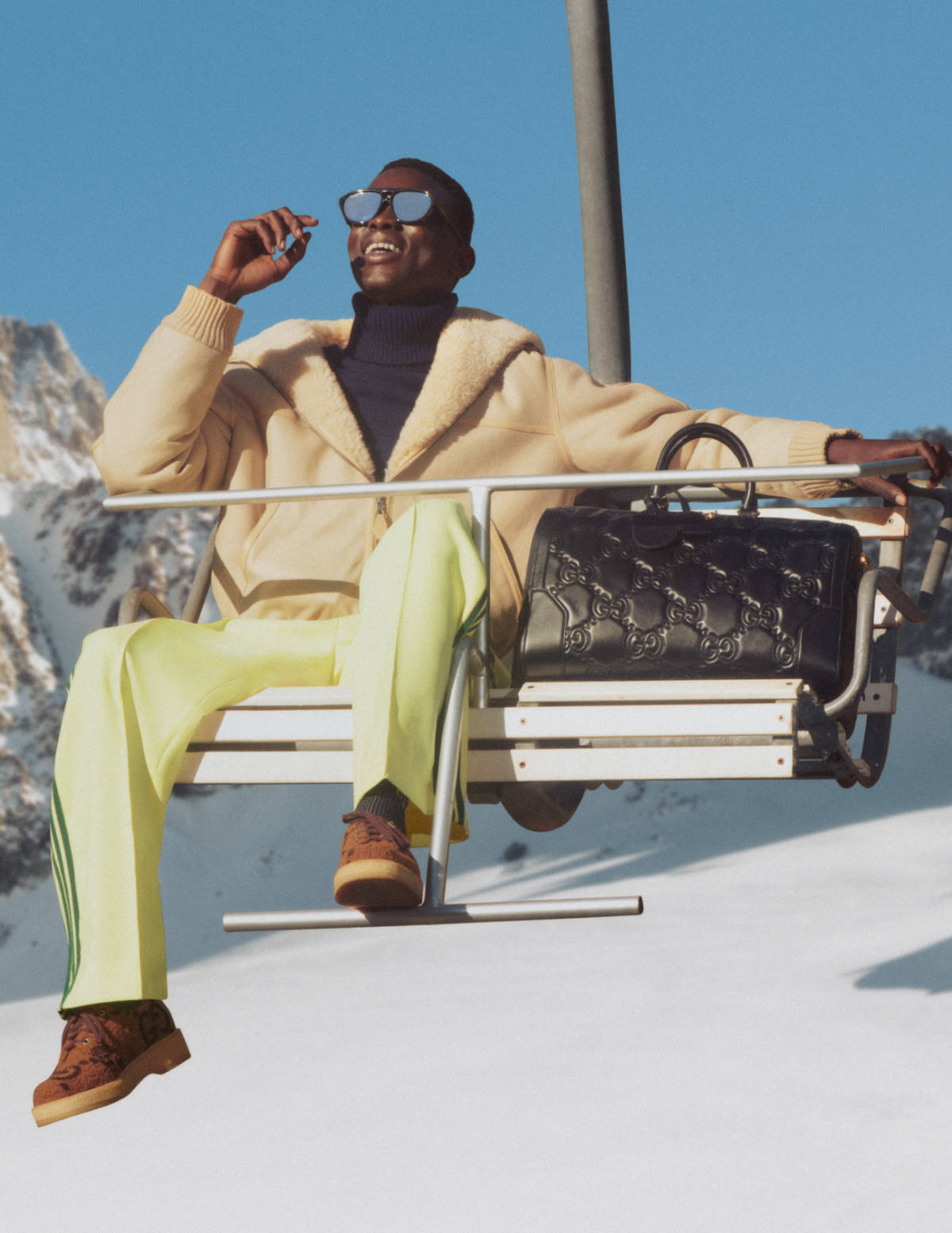 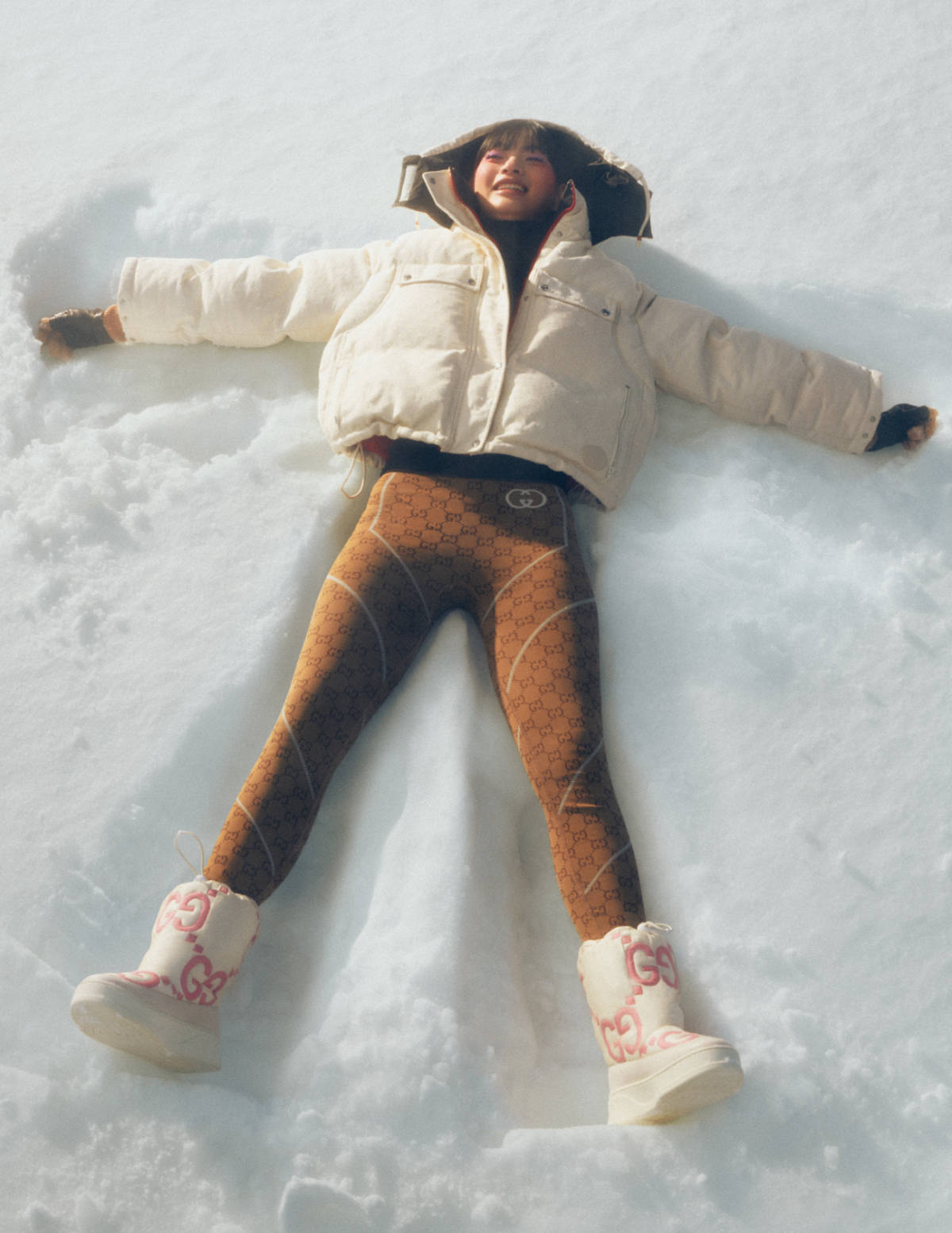 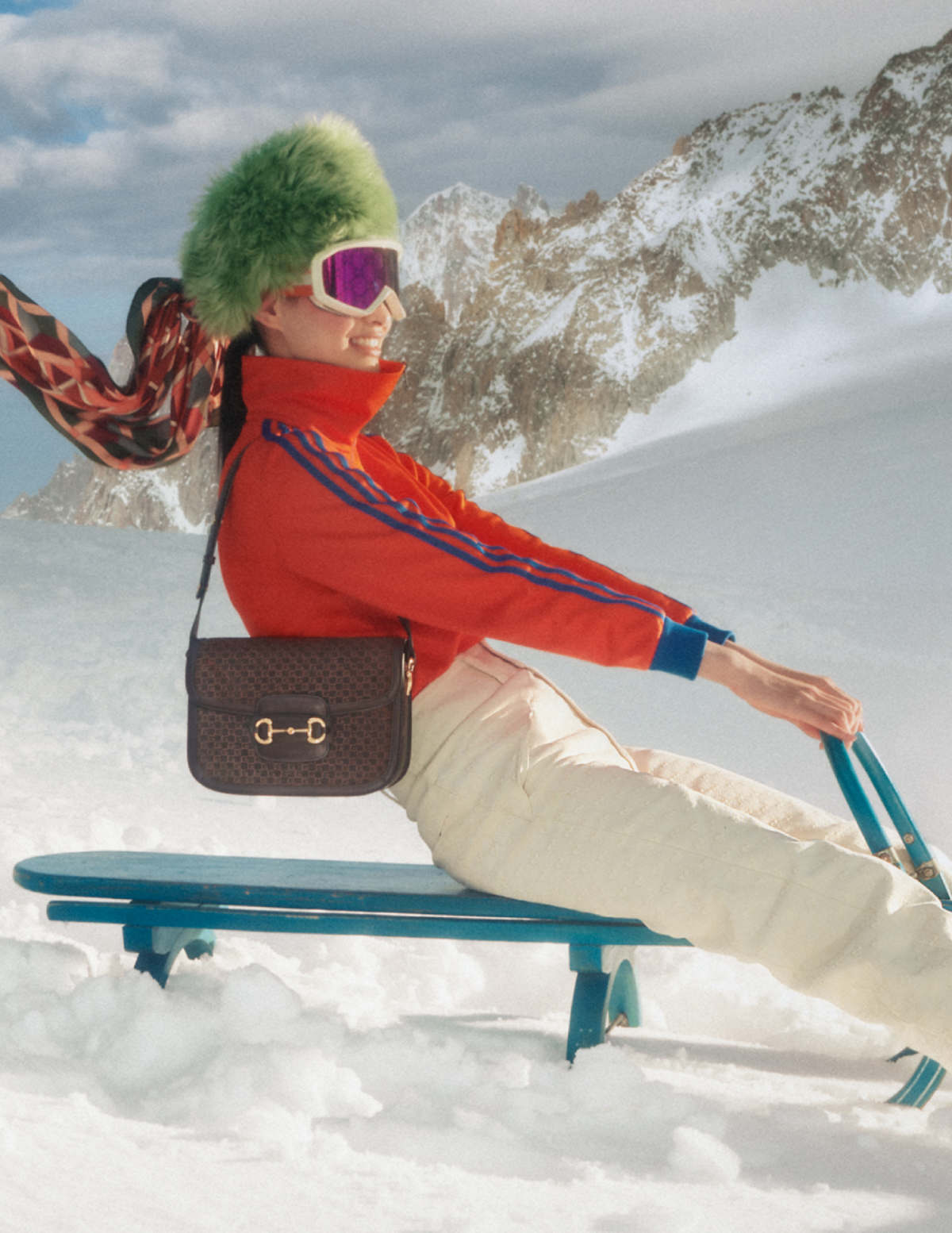 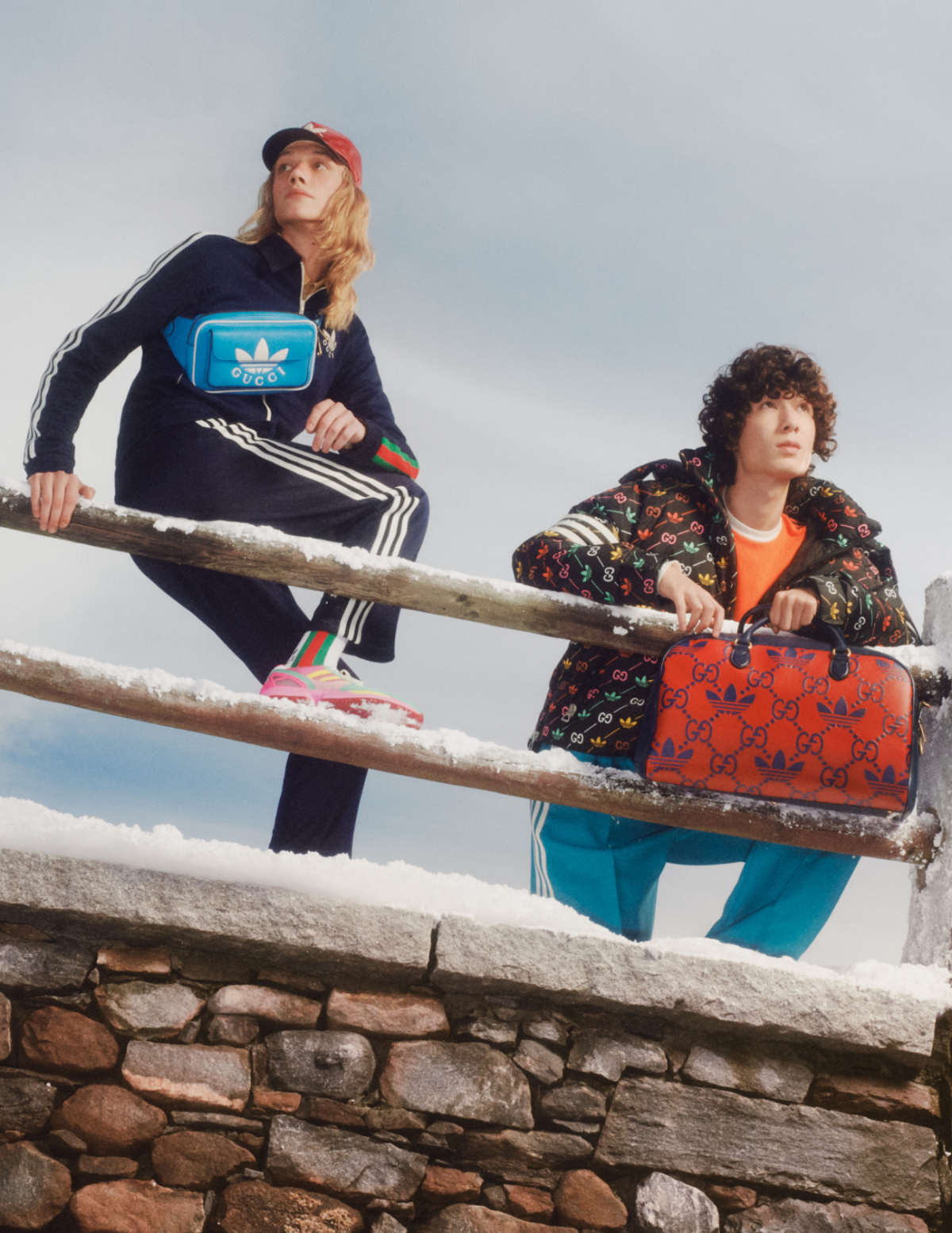 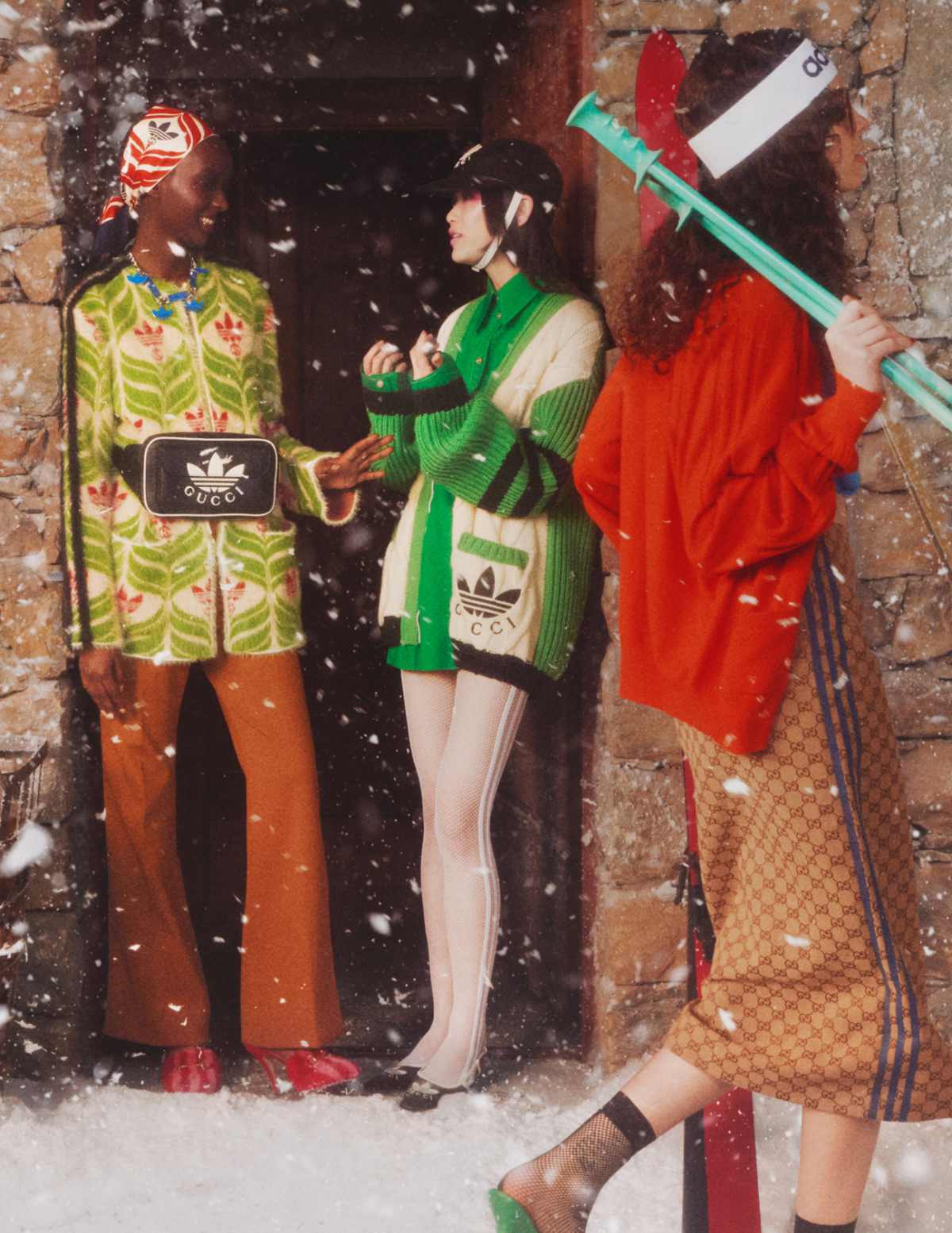 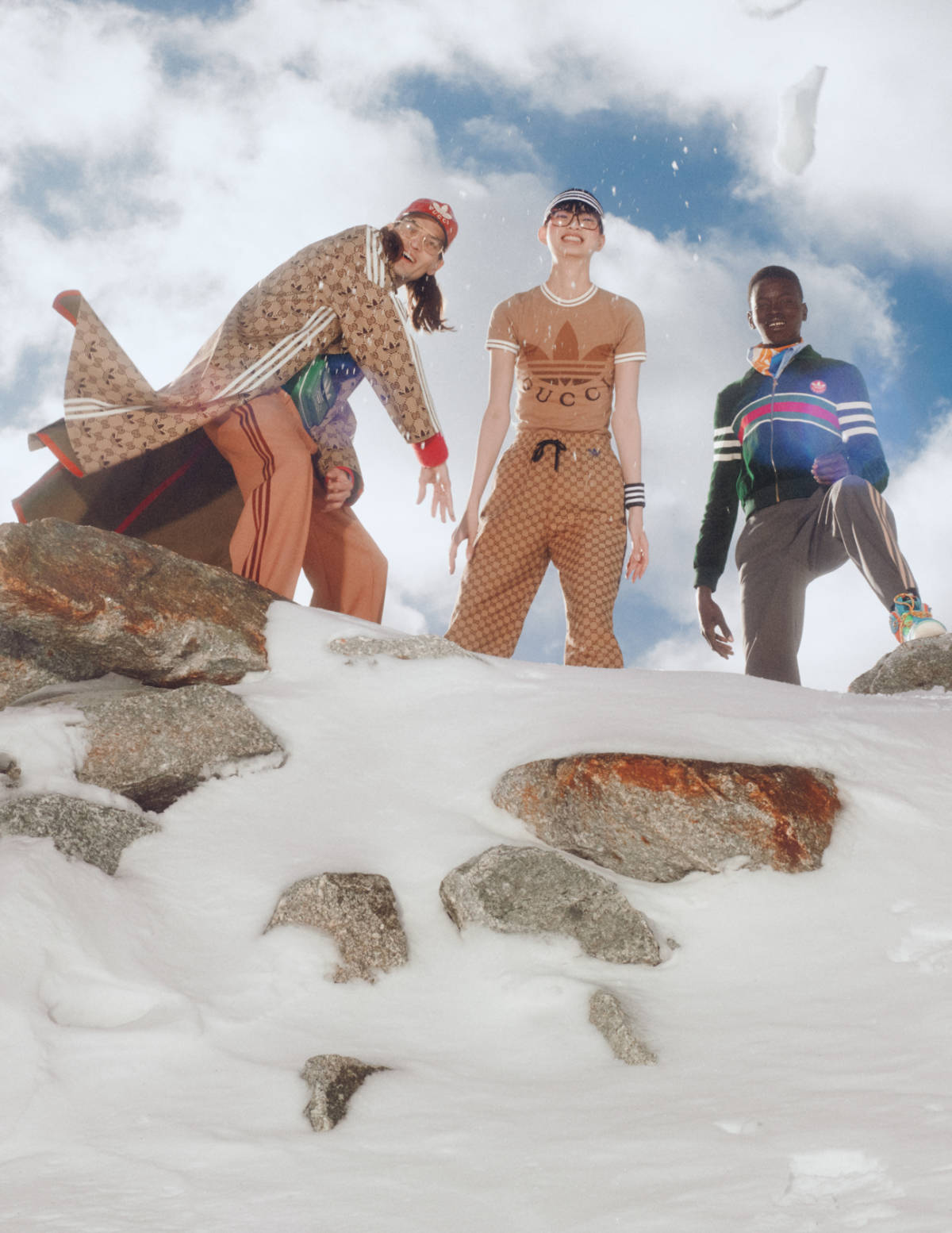 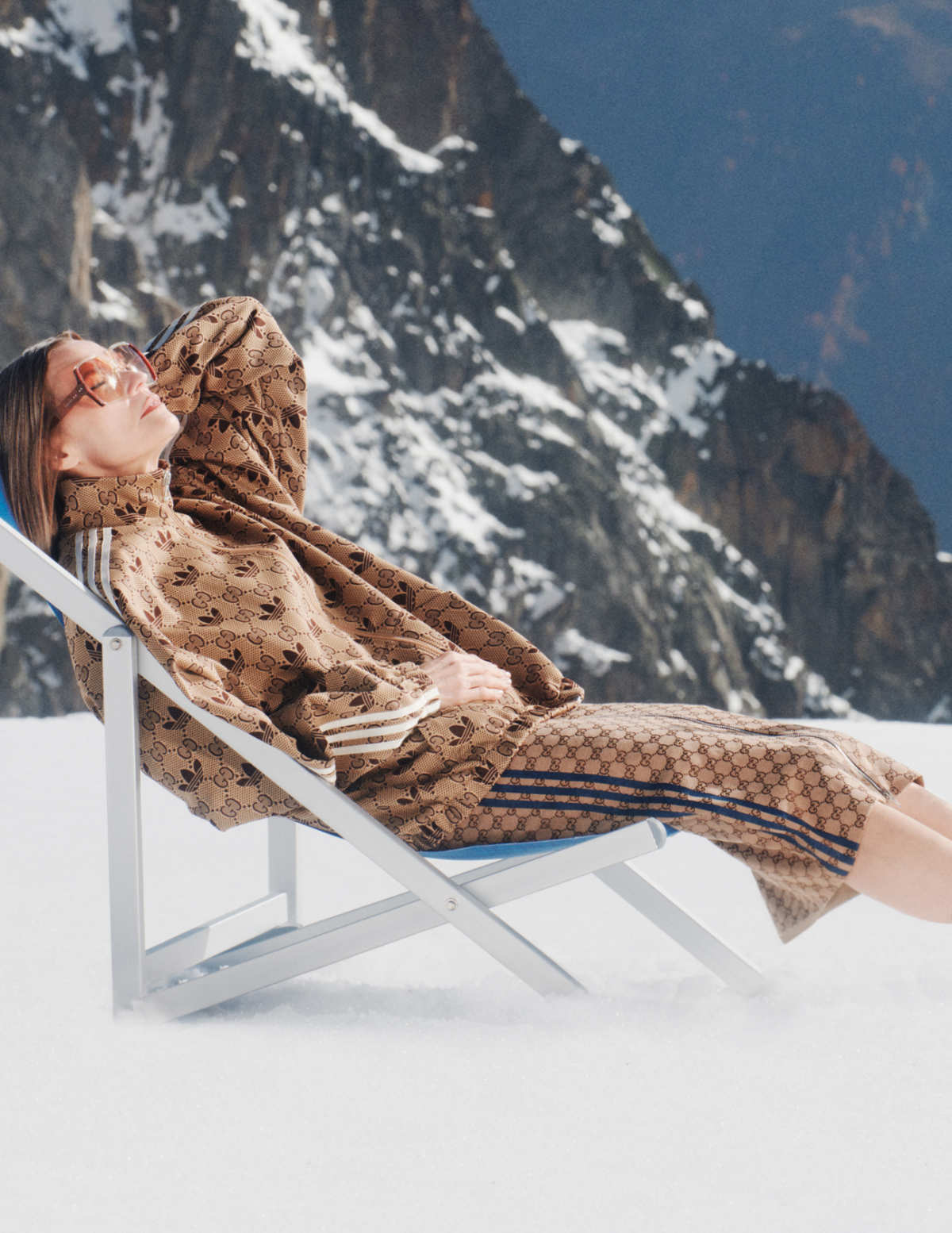