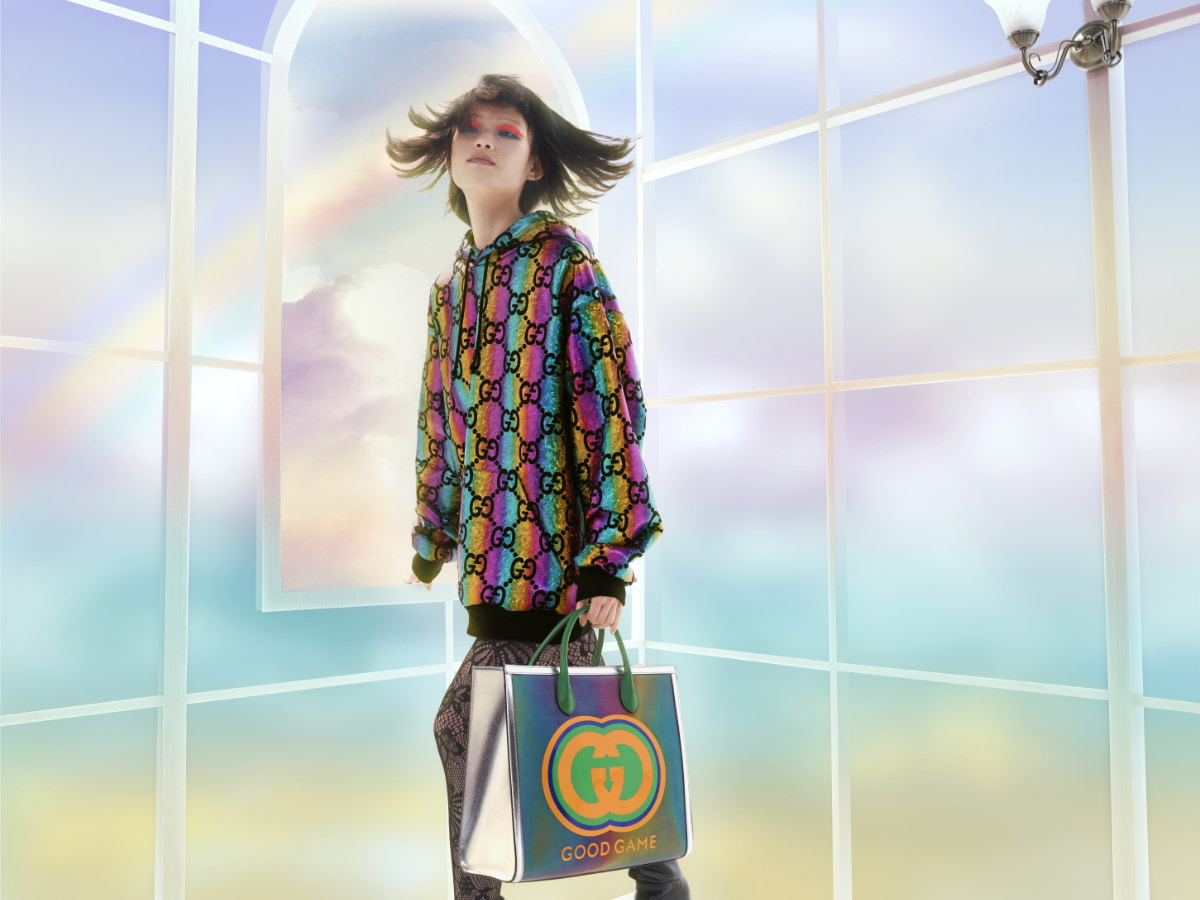 GG—encoded in those two simple letters is a storied system of values, and not just for Gucci. Since the 1960s, the monogram of the House’s founder Guccio Gucci has been featured across collections as a nod to its heritage. The initials similarly surface over and over again at the end of multiplayer games as competitors suddenly turn back into companions, saluting each other with the abbreviation for “good game.” This is the point of connection that Gucci Good Game explores, and that is celebrated in a special new capsule collection presented by the House.

Embraced in 2019, Gucci Good Game is the motto for the House’s ventures into the world of gaming as it creates hubs for play, self-expression, talent, freedom, and individuality – spotlighting the positive principles that are pivotal in making an enjoyable gaming experience possible. Encompassing the full spectrum of gaming from fun to professional, Gucci’s forays into the arena share a collaborative approach, involving various creators in the development of authentic experiences that aim to establish close and deep connections with gamers. Over the years, the initiatives have seen the brand building a multifaceted presence in a select number of games as well as in immersive gaming platforms, including Roblox, The Sandbox, Zepeto, Hot Wheels Unleashed, Pokémon GO, Animal Crossing, Tennis Clash, The Sims – or partnering with XBOX to offer a limited-edition bundle. The GG initials reworked as the Gucci Good Game logo debuted with the Gucci Gaming Academy – itself a significant manifestation of the House’s principles in this field, and were prominently displayed in Gucci Town on Roblox, the persistent digital space for the Gucci Community on the platform. 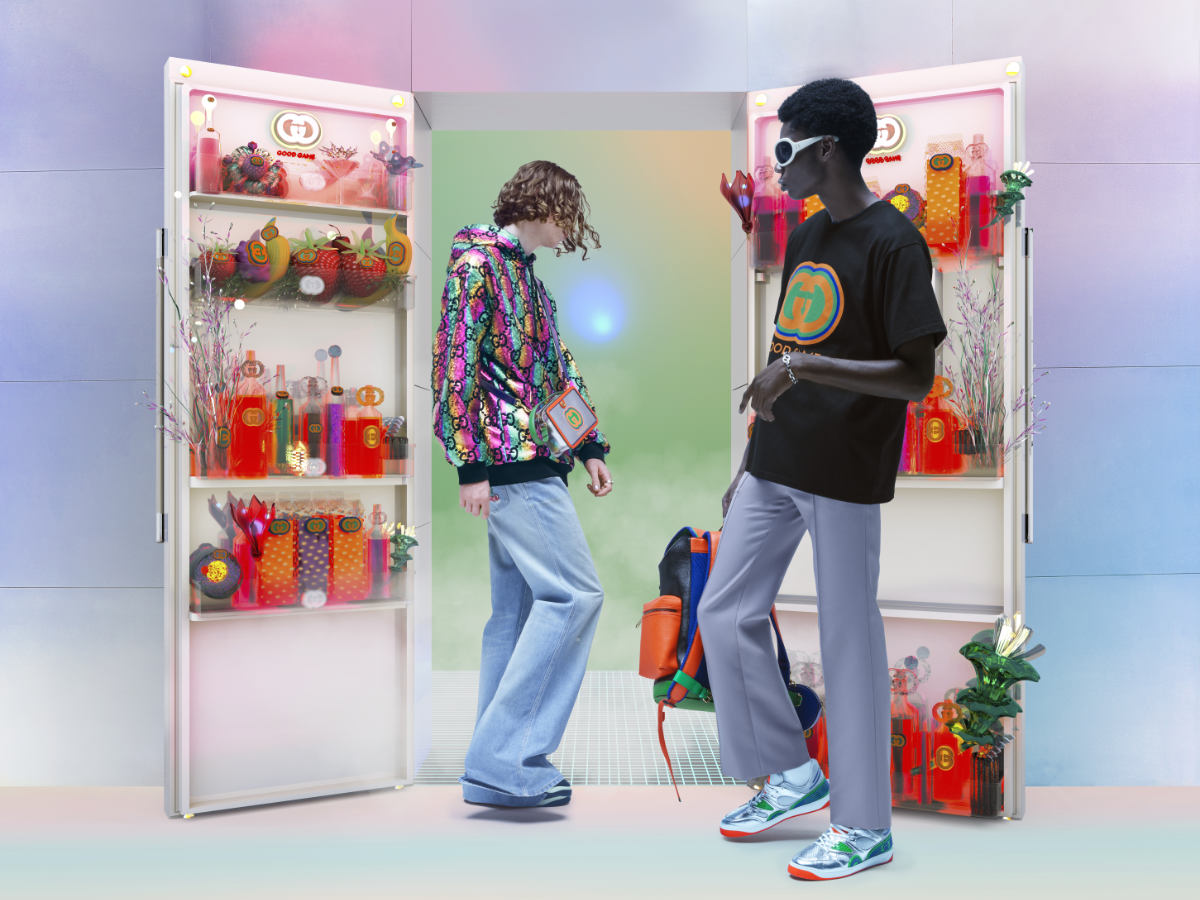 Now bringing the spirit of Good Game into the House’s foundational landscape—fashion—the collection further celebrates the link between Gucci and gaming. With its double meaning, the GG becomes the defining motif of this casual-minded capsule. From bowling shirts and hoodies to slides and sneakers, metallics combine with rainbow hues to create an iridescent effect across items emblazoned with the monogram. 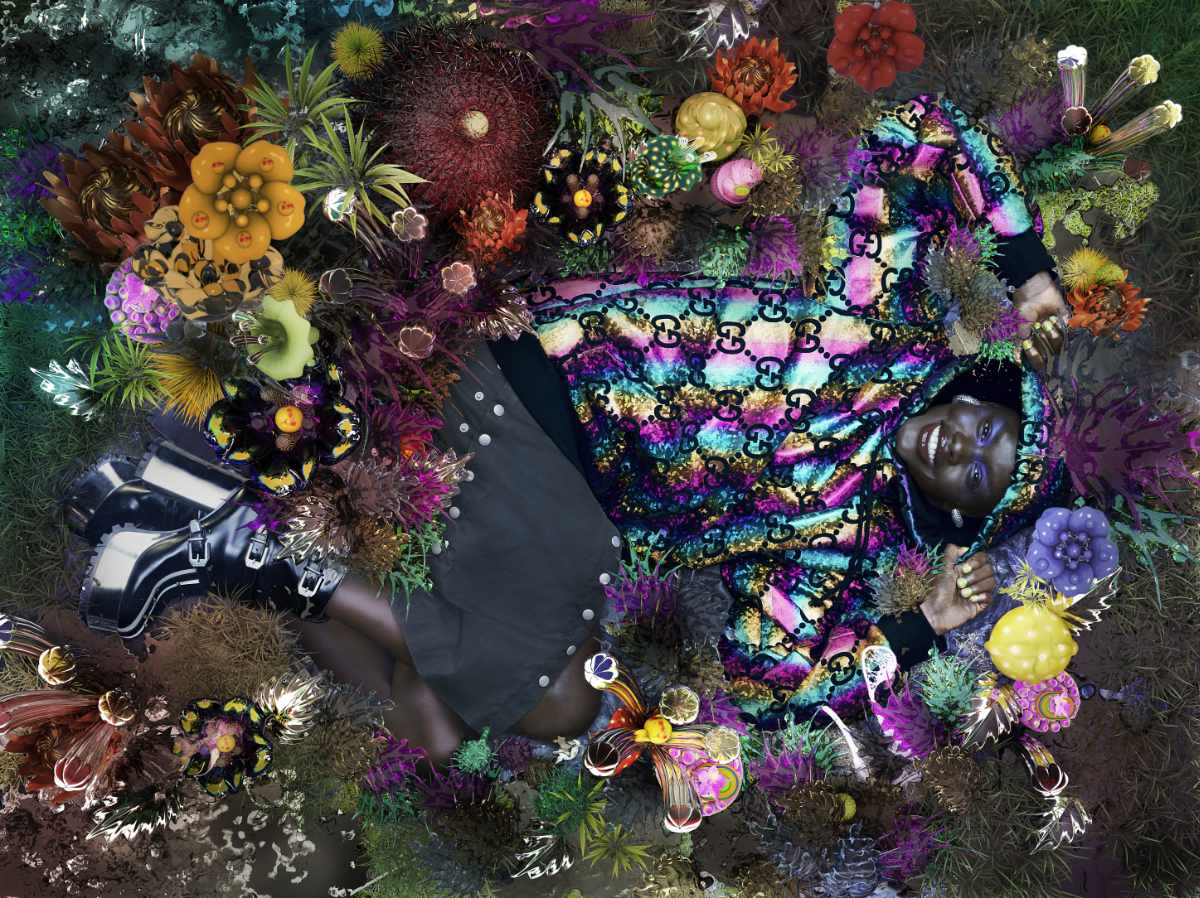 Echoing the exploration of new landscapes and meetings of worlds, the collection takes center stage in a visual narrative envisioned by King Kong Magazine, a collaborative project shot by photographer Piczo. Bringing the audience through a portal, entering another dimension where the elements of club and rave culture blend with those of nature, the images create scenarios that echo spiritual wanderings. In this tale, the collection renders the whole world fantastical, a safe space where gamers can craft their lives with unlimited imagination.

The Gucci Good Game collection will be available online at gucci.com, as well as in select Gucci Stores worldwide. 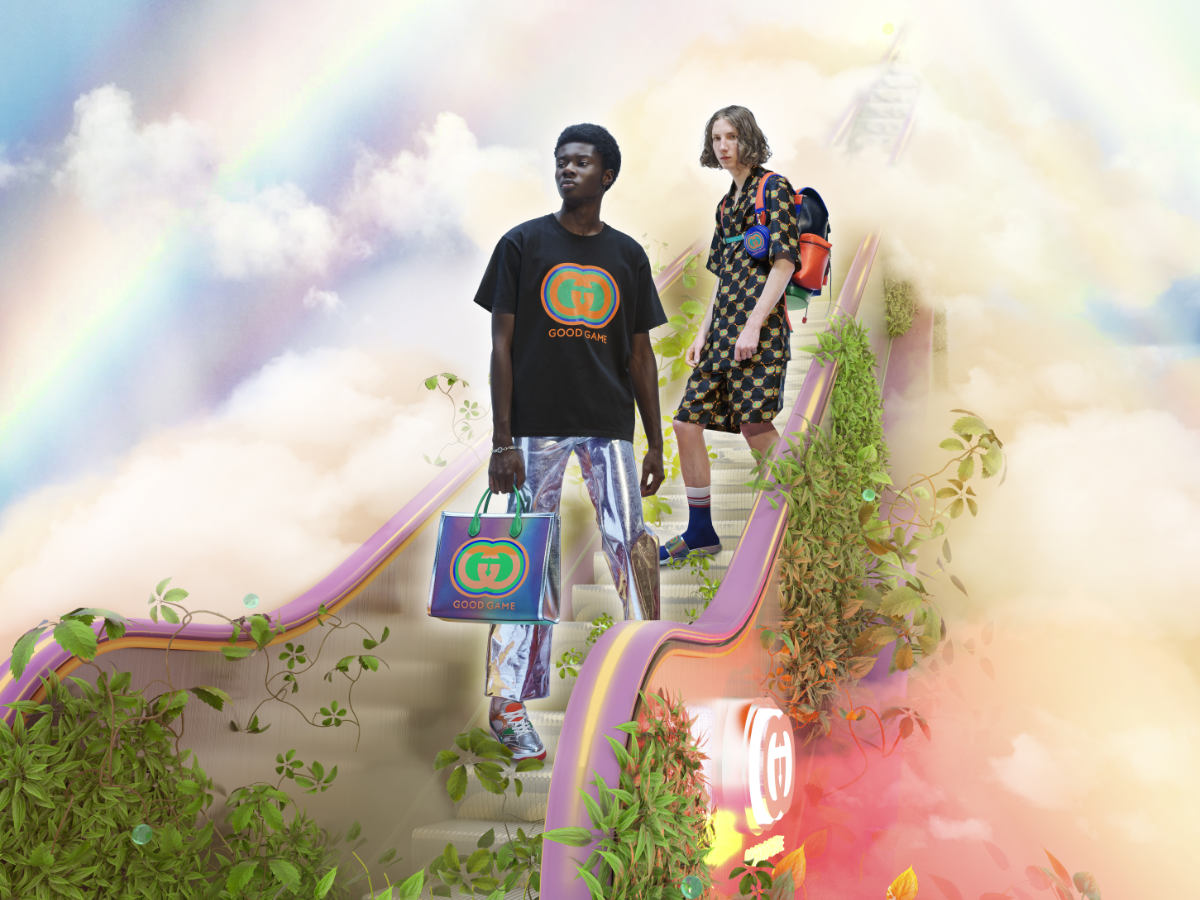 Echoing the House’s exploration of the world of gaming, the Gucci Good Game capsule features experimental materials, colors and treatments. The GG monogram is the key motif of the collection, recalling the connection between the House and this digital landscape.

Embracing a casual attitude, the ready-to-wear features two co-ord sets of a bowling shirt and shorts. One features the traditional GG monogram, reinterpreted in an iridescent print. The other inserts the Gucci Good Game logo into the House’s all-over monogram print. An iridescent hoodie and a logo T-shirt are also featured in the collection. 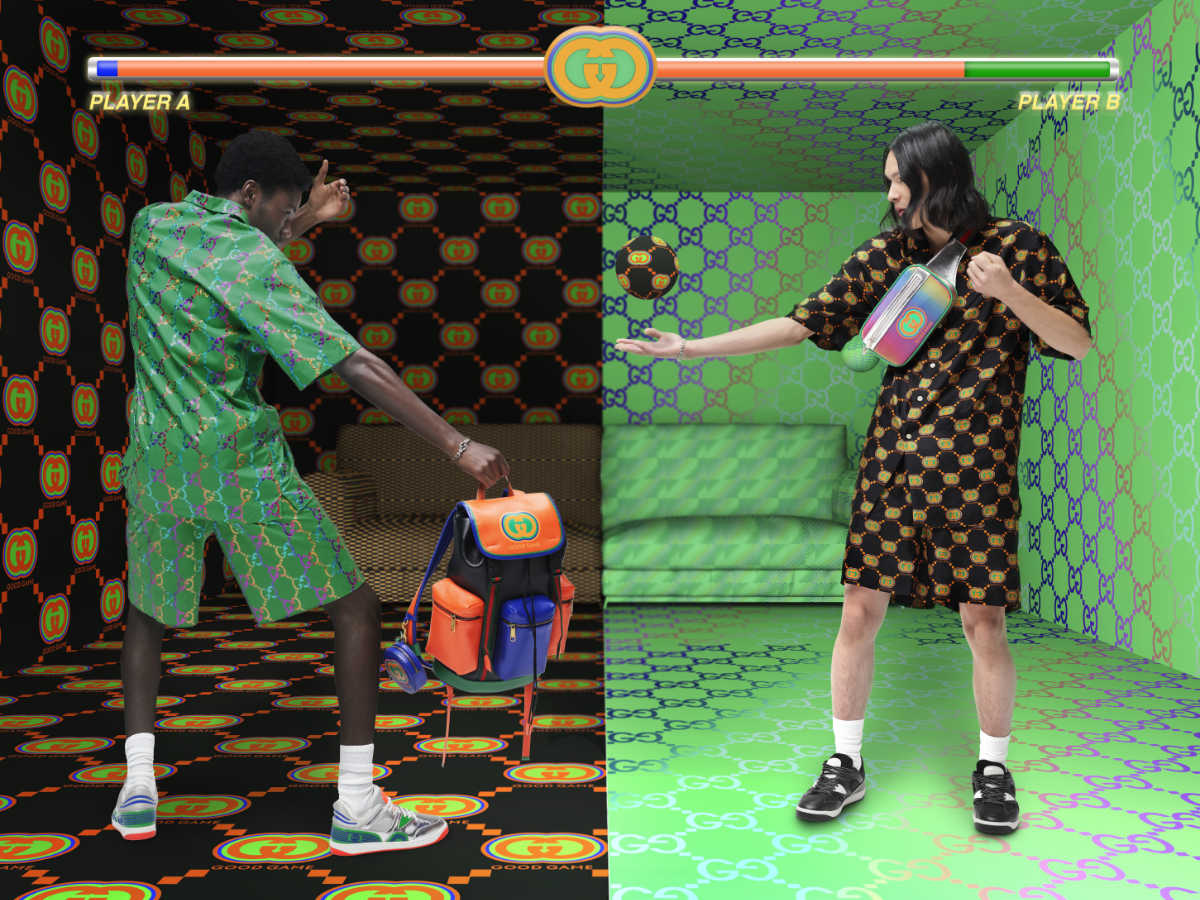 The handbag selection includes a variety of silhouettes, from a square-shaped mini bag and tote bag to a crescent-moon style and belt bag, all in a metallic silver material that features the Gucci Good Game logo. There is also a multi-pocket backpack crafted entirely in leather with removable elements to complete the offer, inspired by the mutable and adaptive needs of gamers. 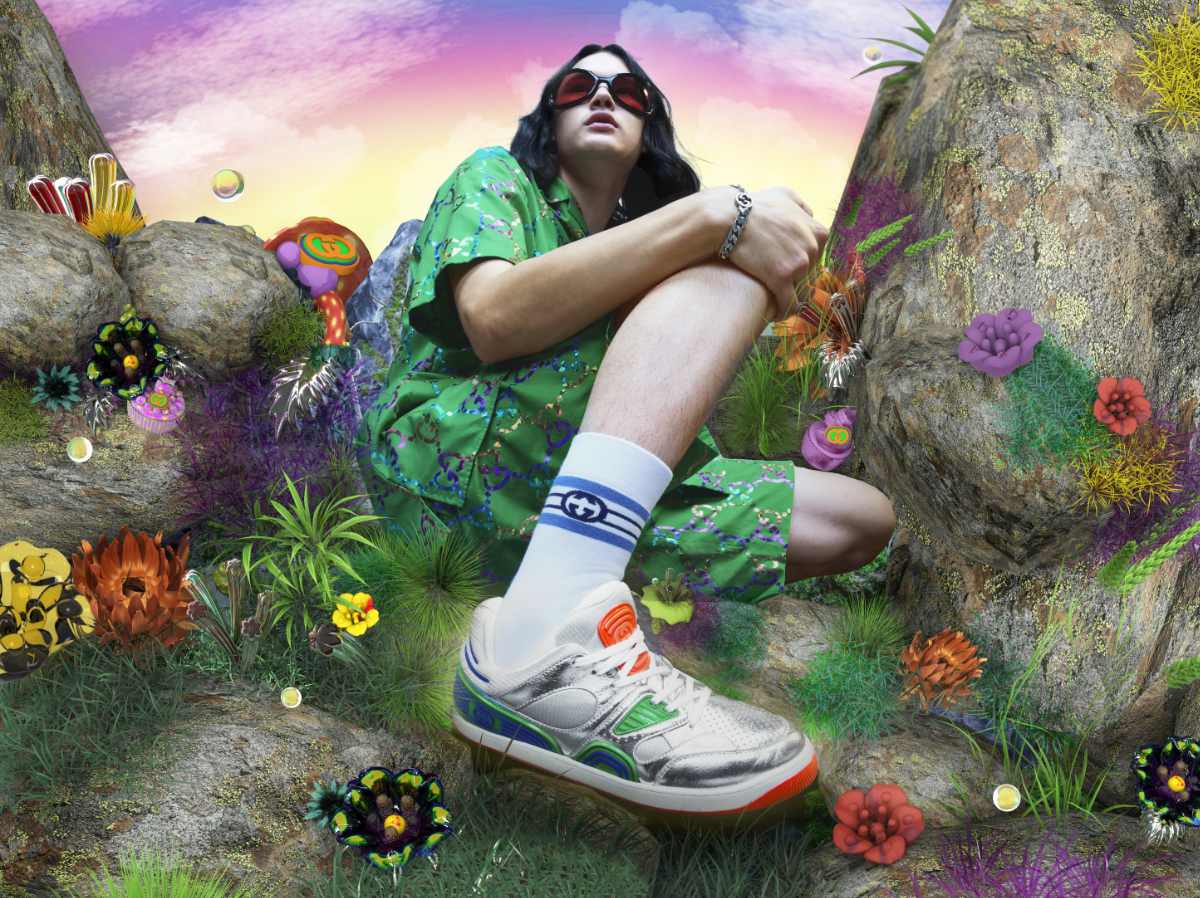 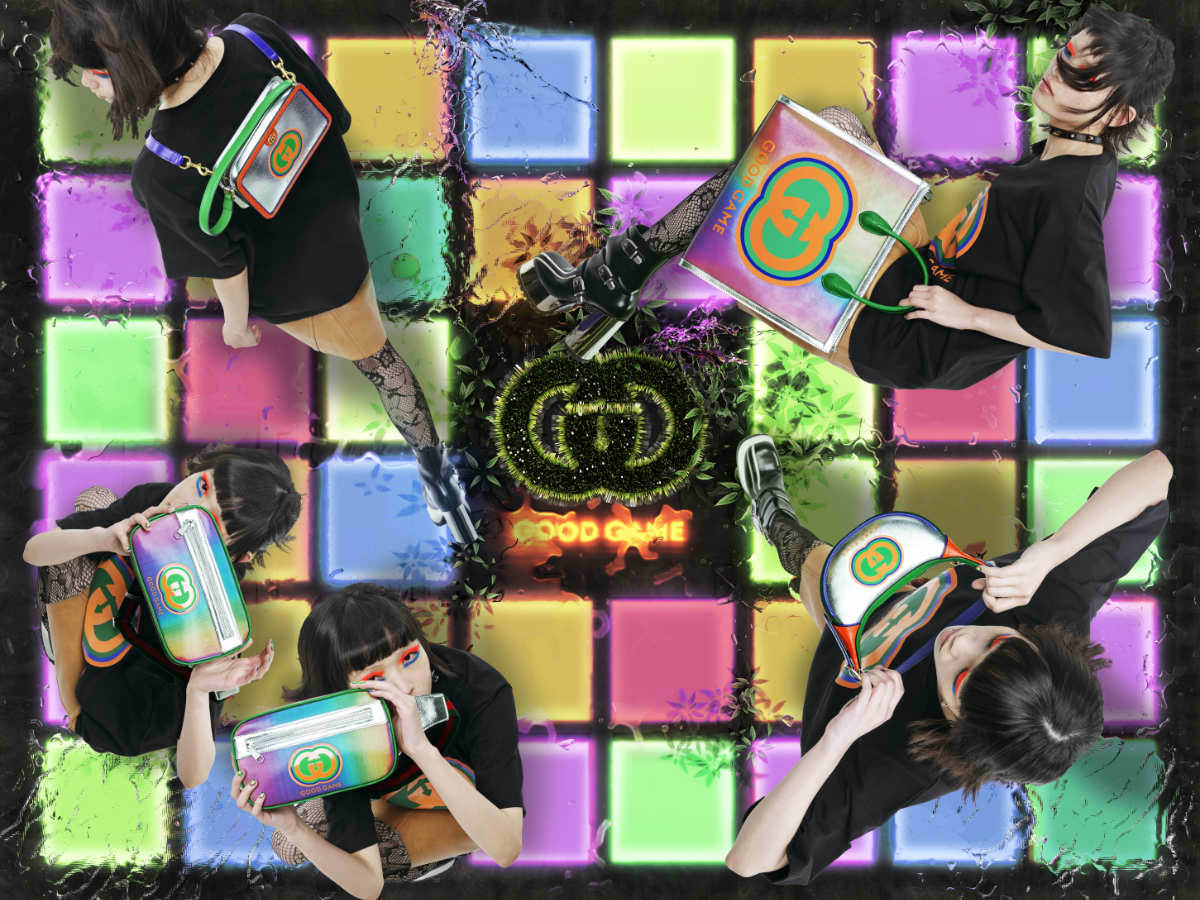 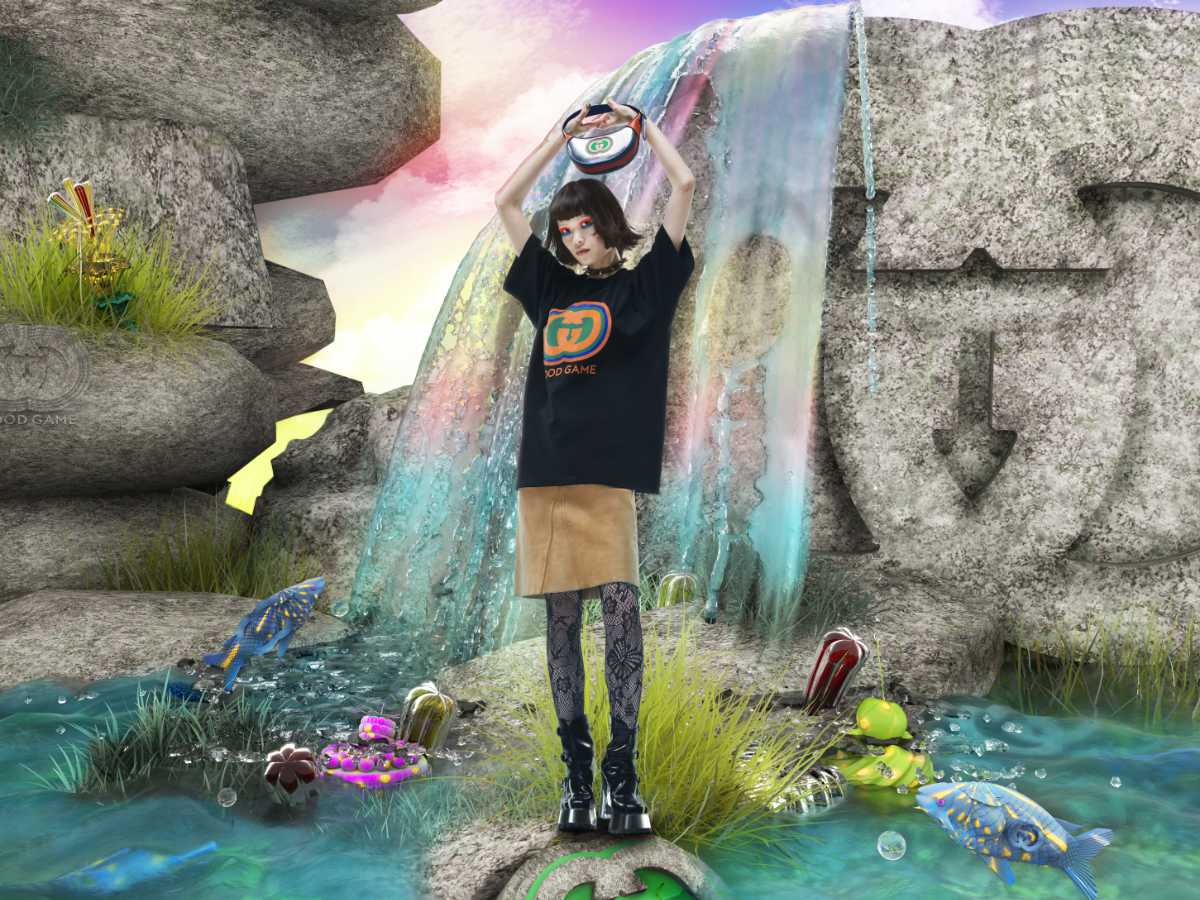 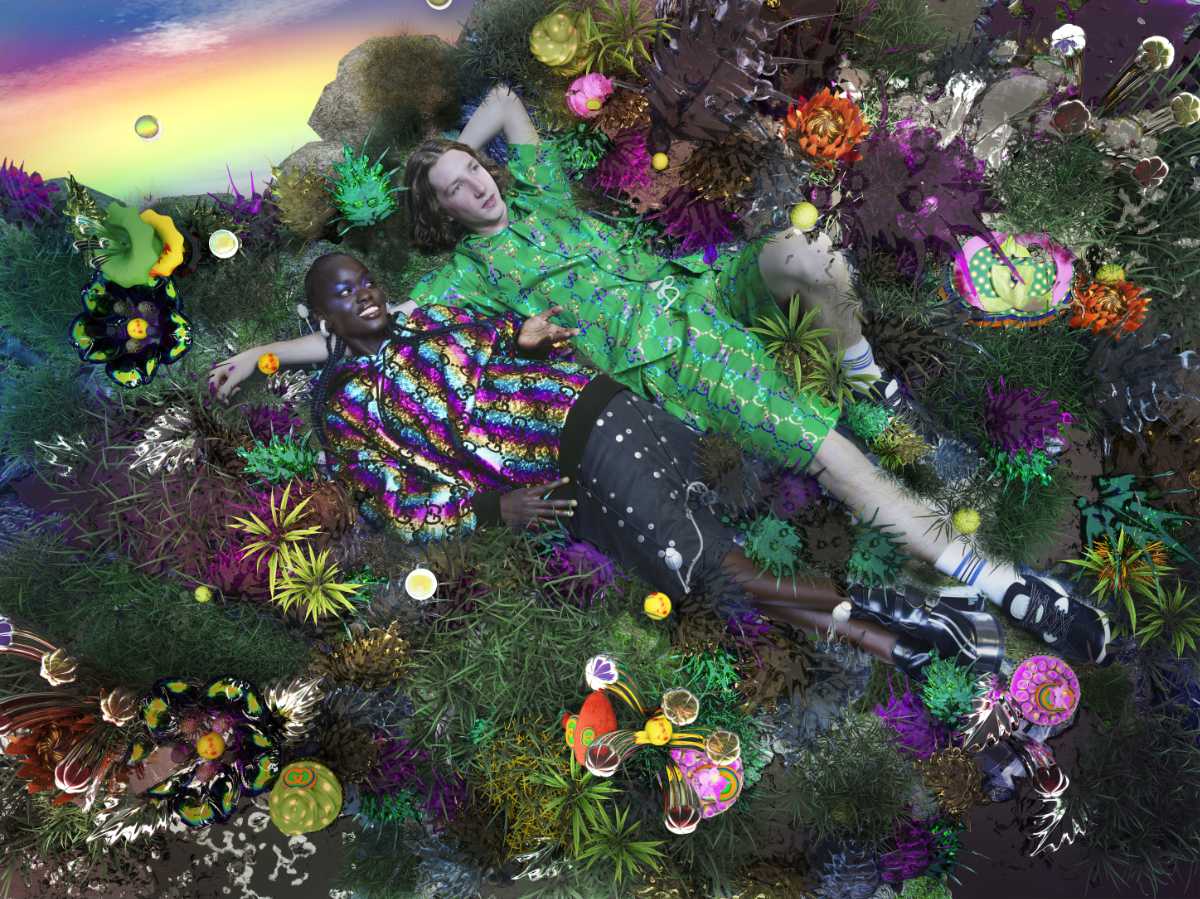 Founded in Florence, Italy, in 1921, Gucci is one of the world’s leading luxury brands, led by President and CEO Marco Bizzarri and Creative Director Alessandro Michele. Following the House’s centenary, Gucci forges ahead into the next hundred years, continuing to redefine luxury while celebrating the creativity, Italian craftsmanship, and innovation at the core of its values.
Gucci is part of the global luxury group Kering, which manages the development of a series of renowned Houses in fashion, leather goods, jewelry and watches.