Over 25 years of a unique partnership, Chopard and the Cannes Film Festival have jointly written the history of cinema. For the 75th edition of this world-famous film event, the jeweller is celebrating its commitment to the seventh art through the theme 'Chopard Loves Cinema', which will run through all its activities.

From 17 to 28 May, the Maison will take up residence at the Hôtel Martinez, of which the uppermost floor will host the Chopard Rooftop, a luxuriant setting in which to welcome the prestigious guests of long-time cinema-lover Caroline Scheufele, Co-President and Artistic Director of the Maison. 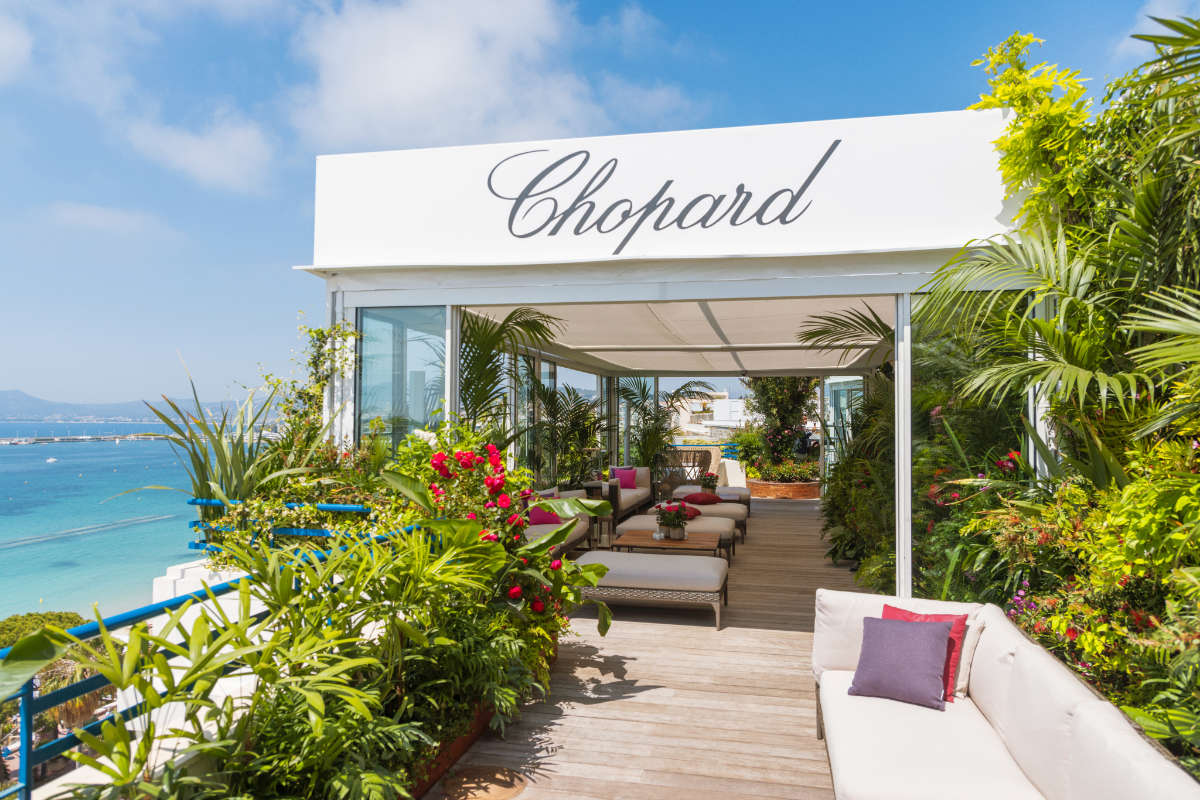 From this panoramic terrace, the view of La Croisette, the bay of Cannes and the Palais des Festivals will attract the flashes of photographers who have flocked from all over the world to immortalise the traditional ascent of the red-carpeted staircase. The Chopard Rooftop offers a gentle moment of respite for guests who will be able to enjoy this sight while enjoying Perrier-Jouët champagnes and Nespresso coffees as well as Acqua Panna and S. Pellegrino water – thanks to the Maison’s partnerships with Pernod Ricard and Nestlé. Lunches will be accompanied by organic-certified, Bergerac appellation-controlled wines from Château Monestier La Tour, produced on the estate of Karl-Friedrich Scheufele (Chopard Co-President) using biodynamic methods. Finally, the Maison will be able to rely on the comfort of the limousines provided by its partner BMW to shuttle its guests around.

Finally, with the aim of offering its guests a moment of relaxation and well-being, the Chopard Rooftop will host the Dr Burgener Switzerland Salon, a peaceful haven conducive to treatments. The result of a collaboration between the two Maisons, a 'Signature' facial and a 'Signature' cream based on the Rose de Caroline perfume will be offered to invitees. 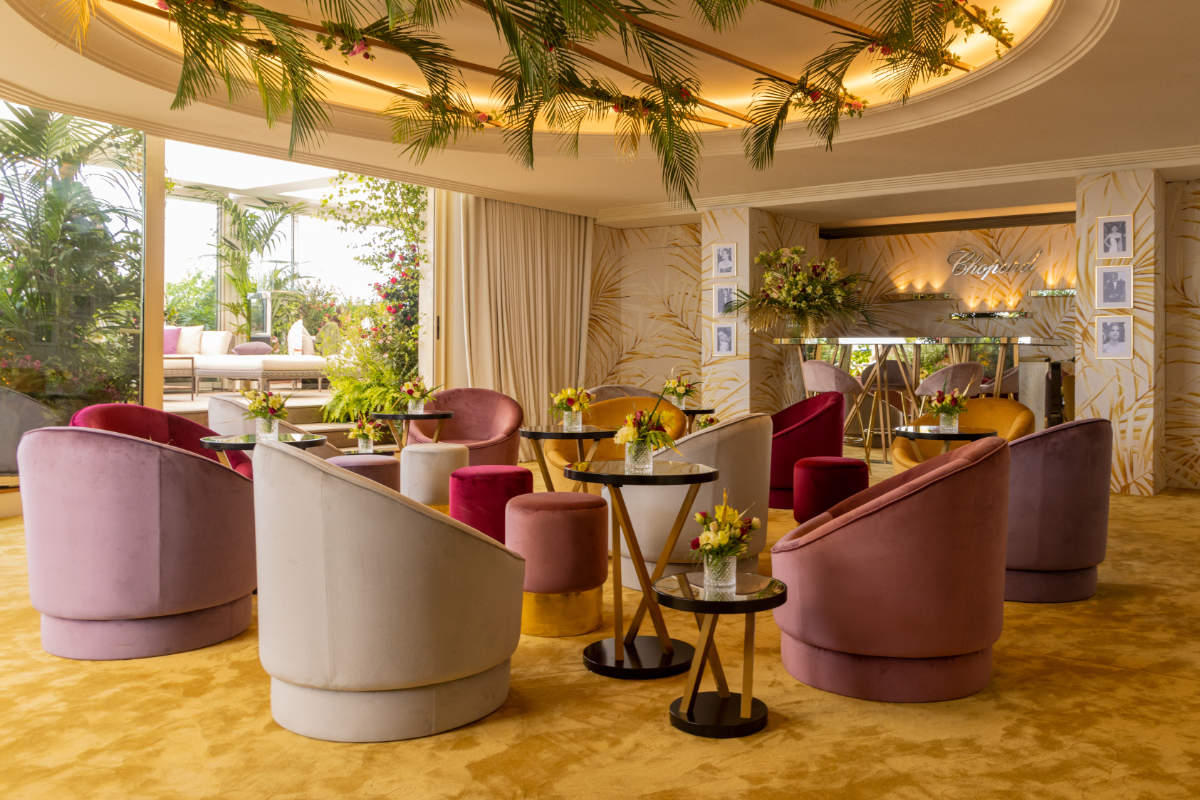 Inhabitants of Cannes and those simply out for a stroll will also have the pleasure of finding Chopard along La Croisette and in the streets of the city thanks to a ‘Chopard Loves Cinema’ cart which will distribute ice creams to festival goers for a gourmet moment before the screenings.

‘Chopard Loves Cinema’ is an opportunity to reaffirm the Maison's ongoing commitment, in particular through the Trophée Chopard, which will once again reward an actress and an actor representing the aspirations of a new generation of performers. At the invitation of Caroline Scheufele, Julia Roberts has agreed to champion the two winners of the prize, which will be presented on 19 May on La Croisette during a ceremony hosted by Thierry Frémaux and Pierre Lescure attended by the entire film world.

‘Chopard Loves Cinema' is also, and above all, the Palme d'Or. Made in the Haute Joaillerie workshops of the Maison like all the trophies awarded at the closing ceremony, the competition's most coveted prize exceptionally revisited in honour of the Festival's 75th anniversary. Set on a block of rose quartz – a stone symbolising Chopard's unconditional love of cinema – the palm crafted in Fairmined-certified ethical 18-carat yellow gold will sparkle with 100 diamonds paving two of its 19 leaves: 75 on one to mark the Festival's jubilee, and 25 on the other to celebrate 25 years of partnership with Chopard.

Chopard is creating a unique trophy by placing the Palme d'Or – of which two tiny leaves will be diamond-set – on a rose quartz base.

Nicknamed the 'Red Carpet Jeweller', Chopard will unveil its aptly named Red Carpet Collection in Cannes: a selection of 75 Haute Joaillerie creations inspired by Caroline Scheufele's personal film repertoire. Entirely crafted by the 'Mains d'Art' of the workshops, these masterpieces will be proudly worn by the actresses and actors who have come to support their films competing on La Croisette.