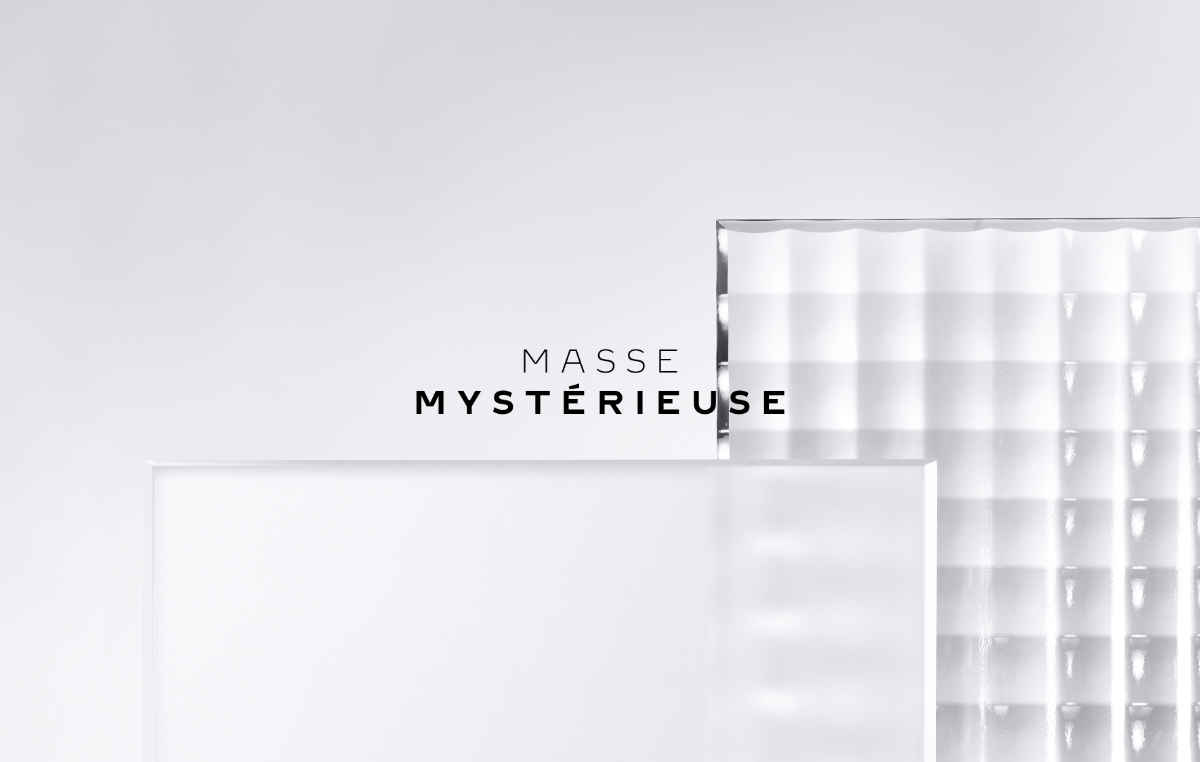 At Cartier, time is not only an objective fact, but also, and above all, a mystery that the Maison continues to explore. Everything, including the most advanced techniques, are designed around the aesthetics allowing our mysterious complications to play with illusion and the perception of time. 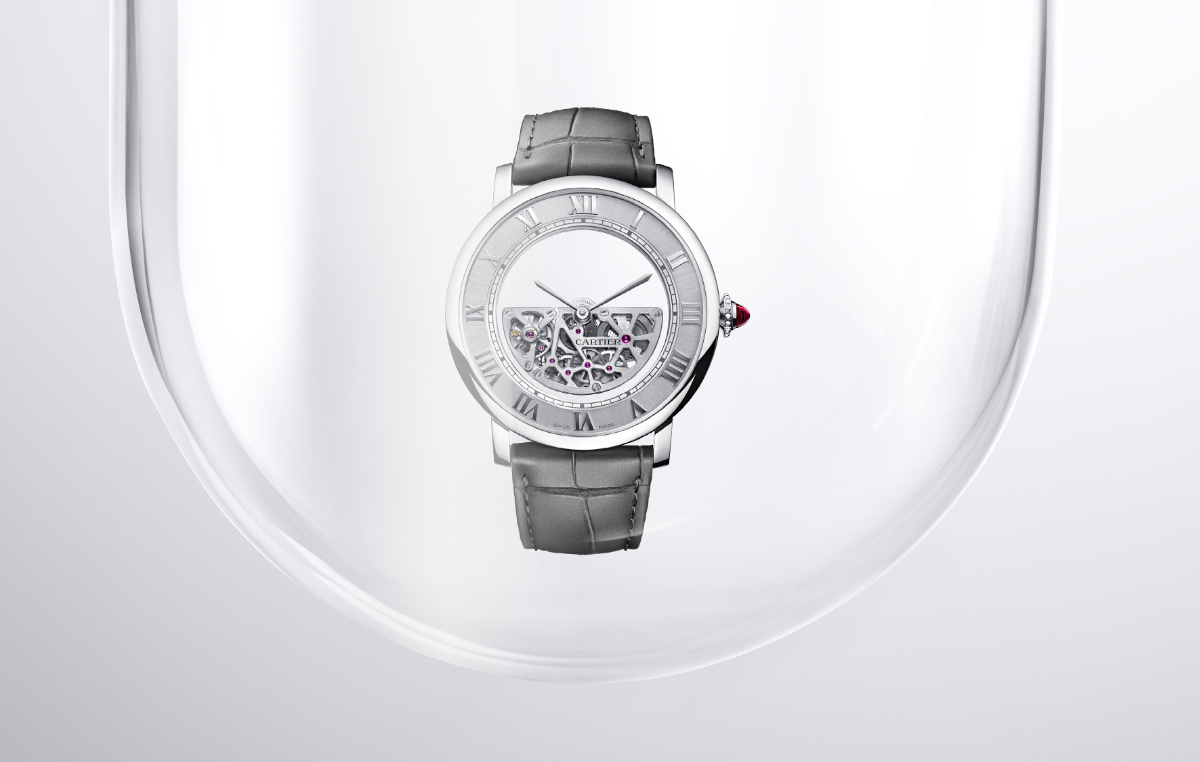 New Fine Watchmaking enigma at Cartier: the Masse Mystérieuse. A spectacular watch that turns to the rhythm of an original movement created by the Fine Watchmaking Manufacture. What is the ‘mystery’? Its beating heart, the magic of a mobile calibre condensed into a semi-circle, transformed into a skeletonised oscillating weight. 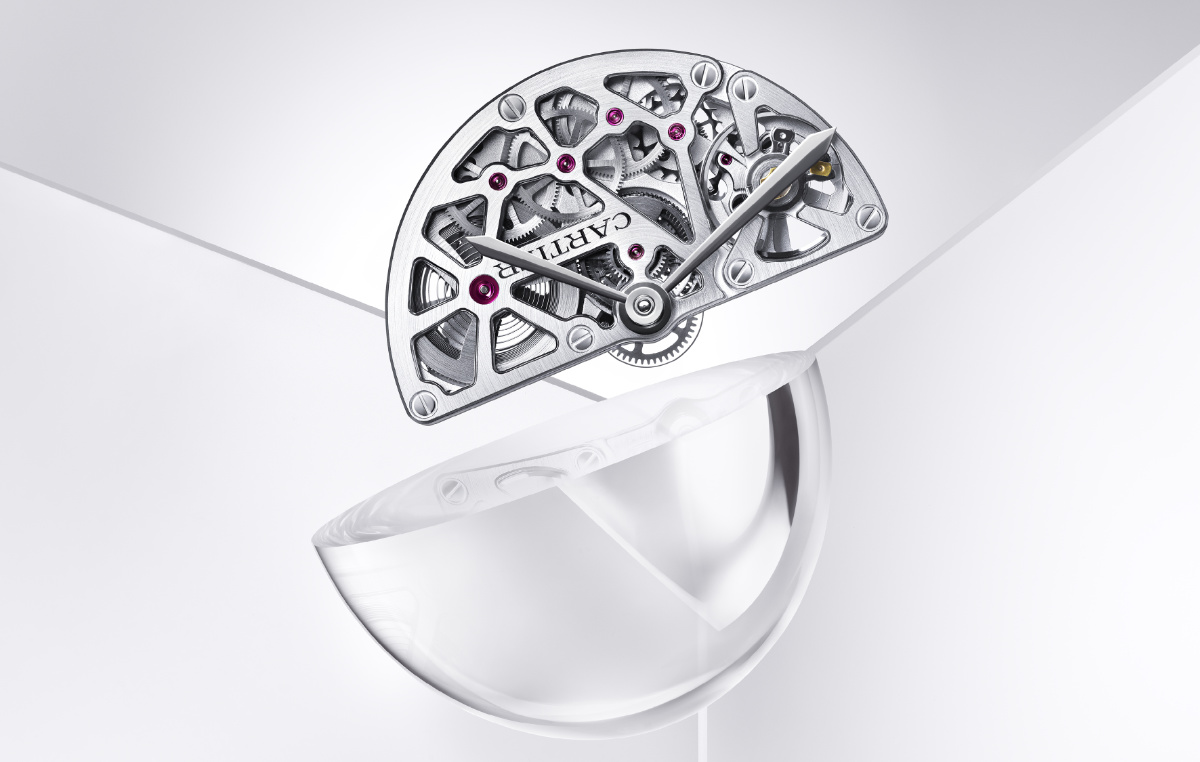 The Masse Mystérieuse watch brings together two of the Maison’s watchmaking signatures: the mysterious movement and the skeleton. Everything, right down to the technology, is infused with design and aesthetics. Since the mystery clocks first appeared in the 1910s, the movement has not only been miniaturised to fit watch cases but, for this new creation, it has also been reimagined to make the oscillating weight a real ornament. 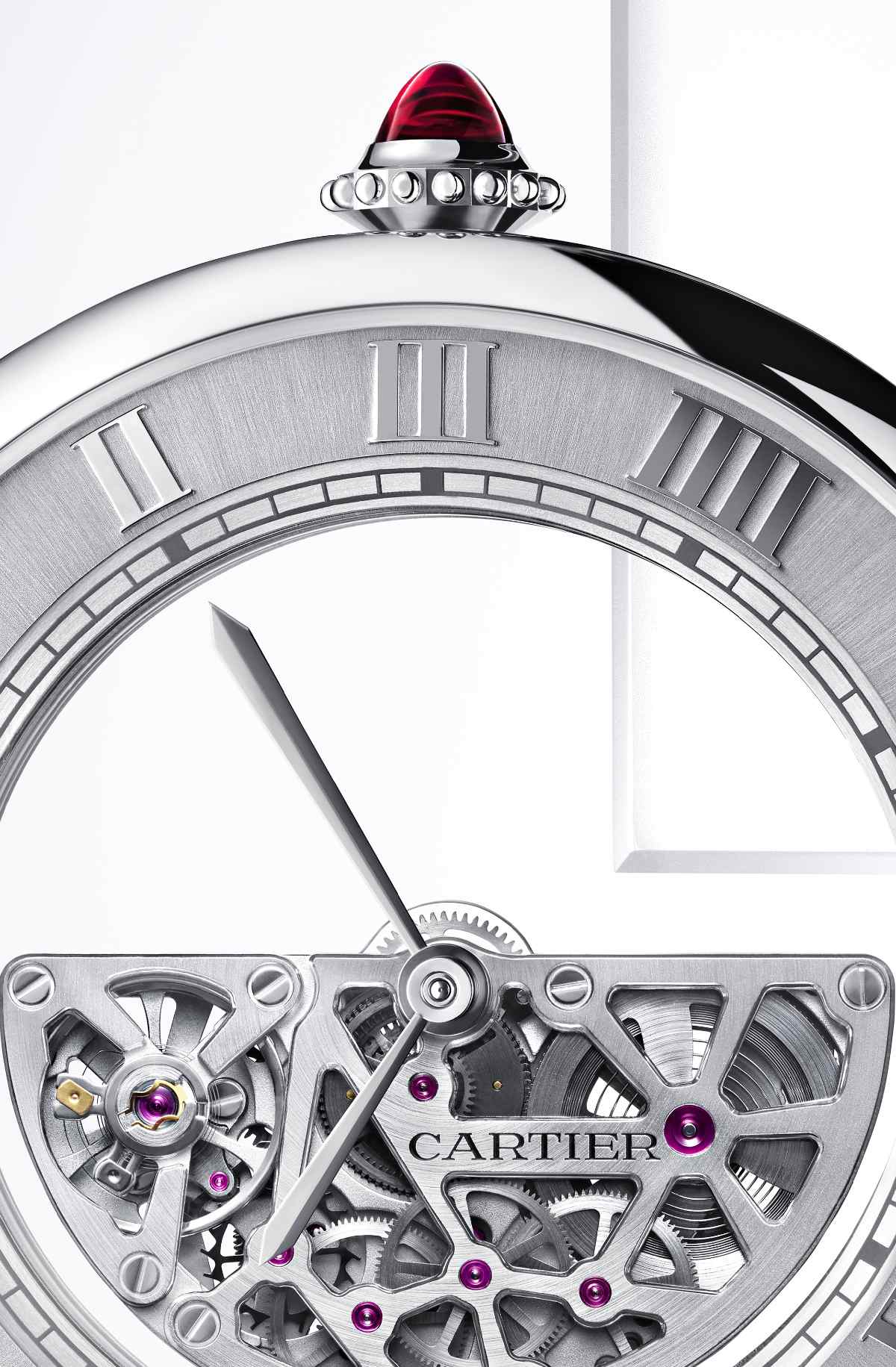 A NEW MOVEMENT, THE RESULT OF EIGHT YEARS OF RESEARCH

The new calibre 9801 MC ensures the effects of gravity do not affect the chronometer. The result of nearly eight years of work at the Cartier Manufacture, where it was designed, developed and assembled, this movement has now been filed for a patent. It took five different constructions before a prototype could be launched, with two further prototypes needed to develop the final version of the calibre. On the Masse Myst rieuse watch, the hands float in the space of the case, without being connected to any gears. More than that: the whole movement also seems weightless. All components that receive energy from the movement, transmission and regulation are integrated in the rotor. The rotor itself is skeletonised to make this moving spectacle visible. In the centre, an ultra-sophisticated differential system - borrowed from the automotive industry - has been integrated into the movement to prevent the time display from being caught in the mass. A technical feat that comes to life at the slightest touch of the wearer and seamlessly displays the time to the rhythm of the hands in the void. On this piece, the most technical and complex piece ever developed by the Manufacture’s watchmakers, the mysterious rotor uses an innovative principle that ensures the balance wheel always remains in the same vertical position. For this to happen, the rotor rotates in both directions at an irregular speed. 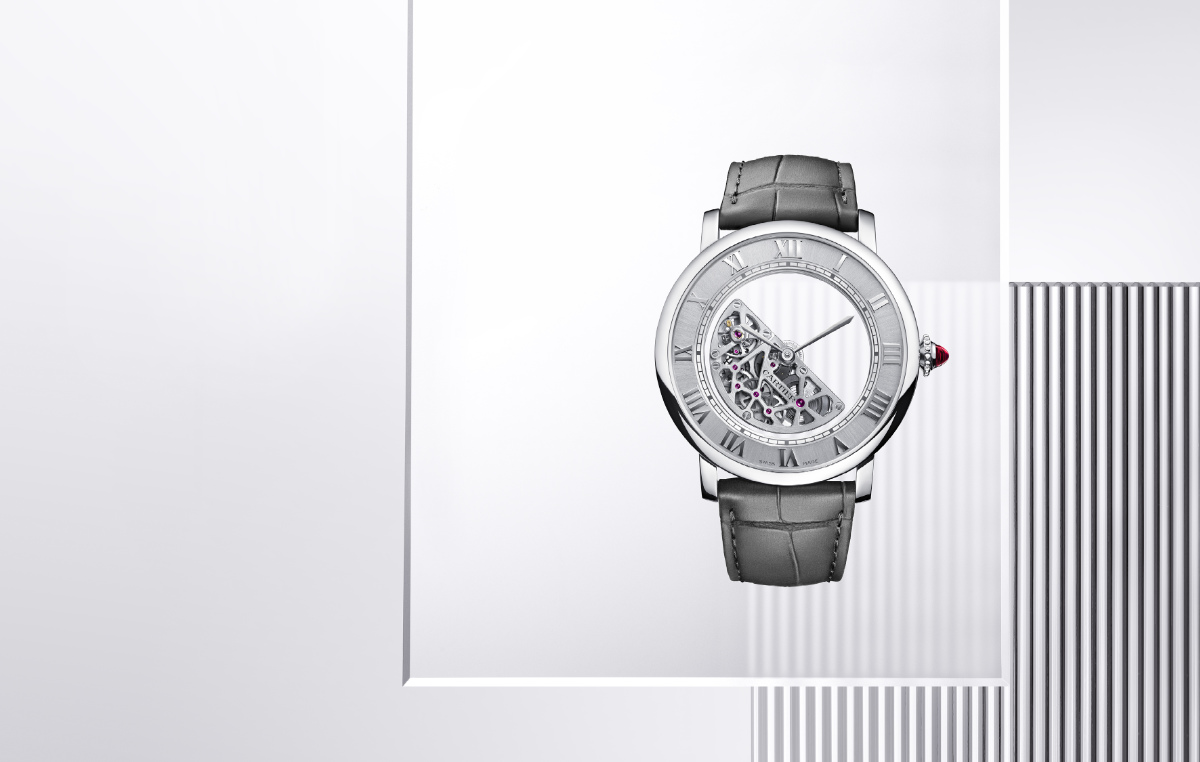 A BRIEF HISTORY OF THE MYSTERY

Mystery clocks make up their own chapter in the Maison’s history. We say “mystery” because their hands appear to float over the transparent body of the clock, with no connection to the movement. The first Cartier mystery clocks were introduced in 1912. They bear witness to Cartier’s aesthetic vision and made the Maison famous in the early 20th century. These “miracles of timekeeping”, as they were called by the fashion magazine La Gazette du Bon Ton in 1925, are the fruit of collaboration between Louis Cartier and an exceptional clockmaker, Maurice Couet. The latter was not even 25 years old when he was first noticed by Cartier, and was already highly experienced. From 1911, he became Cartier’s exclusive supplier. The first mystery clock, dubbed Model A, left the workshops in 1912. Maurice Couet took his inspiration from the clocks of the famous illusionist and father of modern magic, Jean-Eugène Robert-Houdin. The principle, which he adapted and developed, is based on an ingenious concept: the hands are not directly linked to the movement, but are attached to two crystal discs fitted with serrated metal edges. Activated by the movement, which is usually housed in the clock’s base, these discs then turn the hands, one for the minutes hand and the other for the hours hand. So that the illusion is perfect, the edges of the discs are concealed by the hour circle. 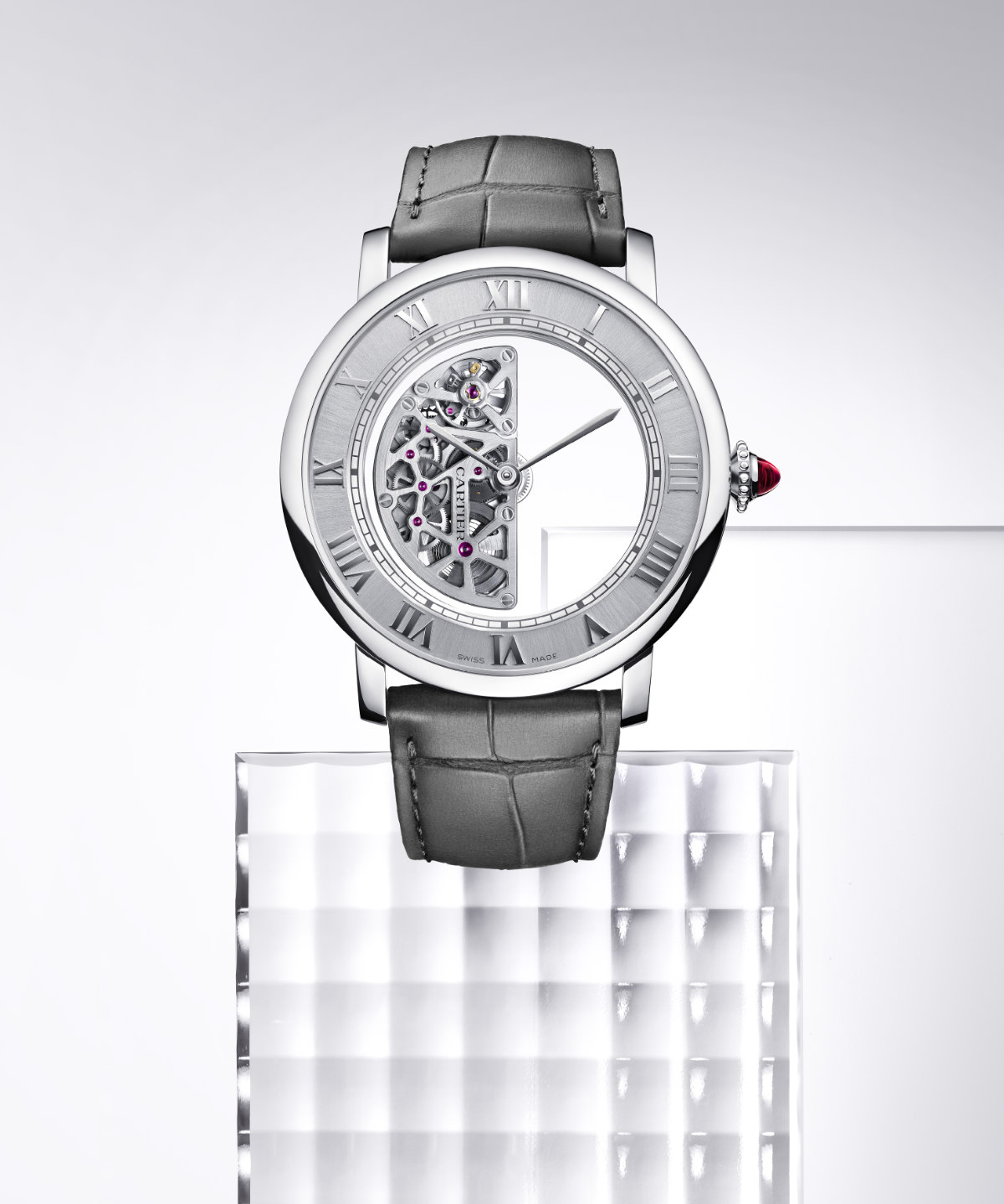 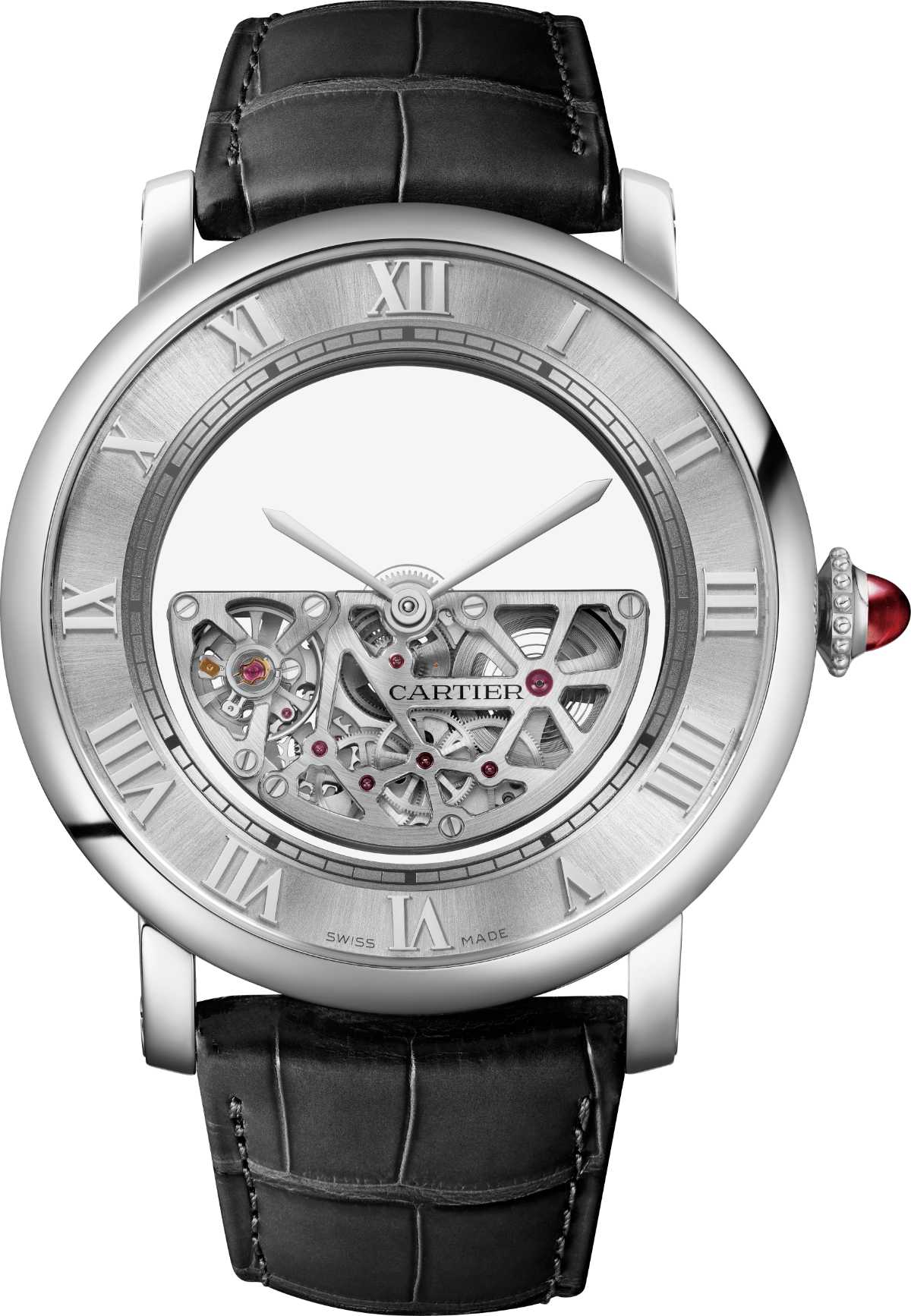 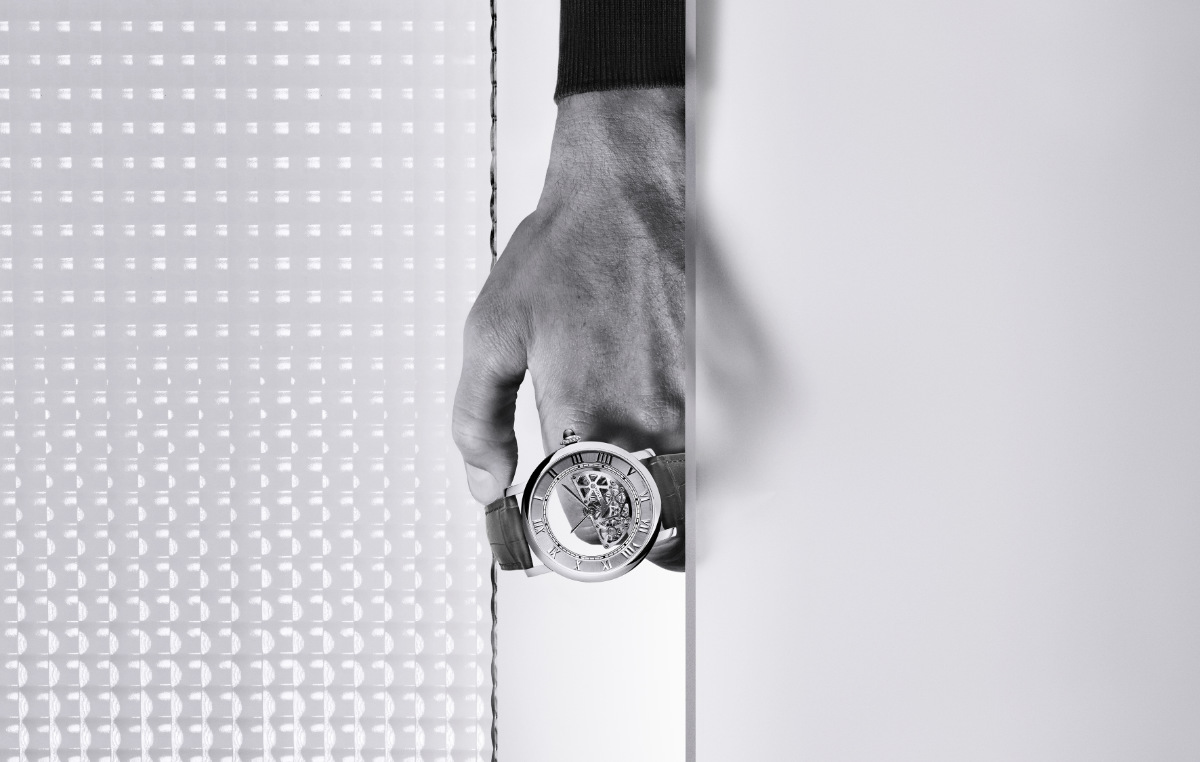 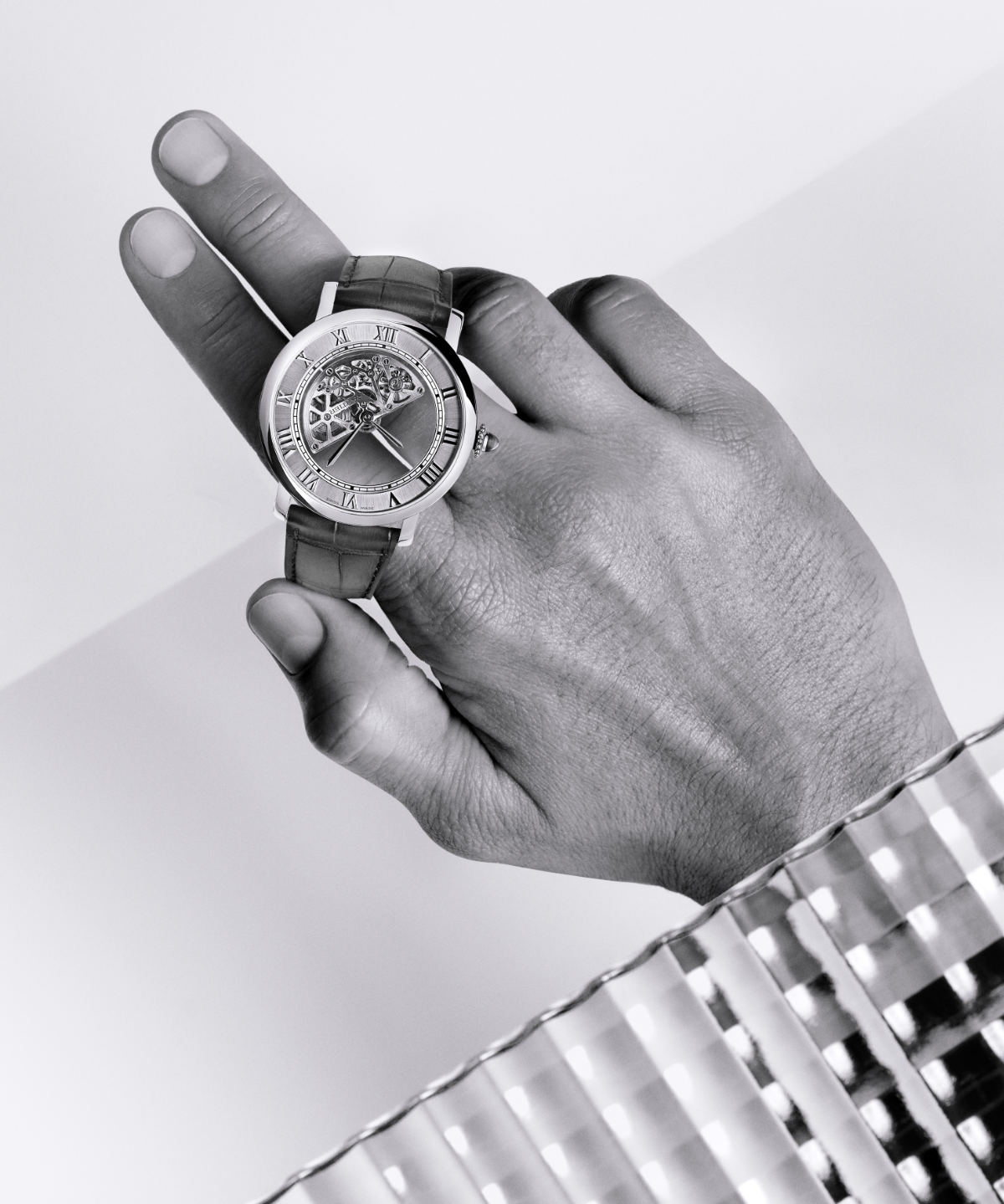