The quality of the finalists’ profiles coincides with that of the jury members who select them. It is the honour of Veuve Clicquot to include in its jury the following figures (in alphabetical order): 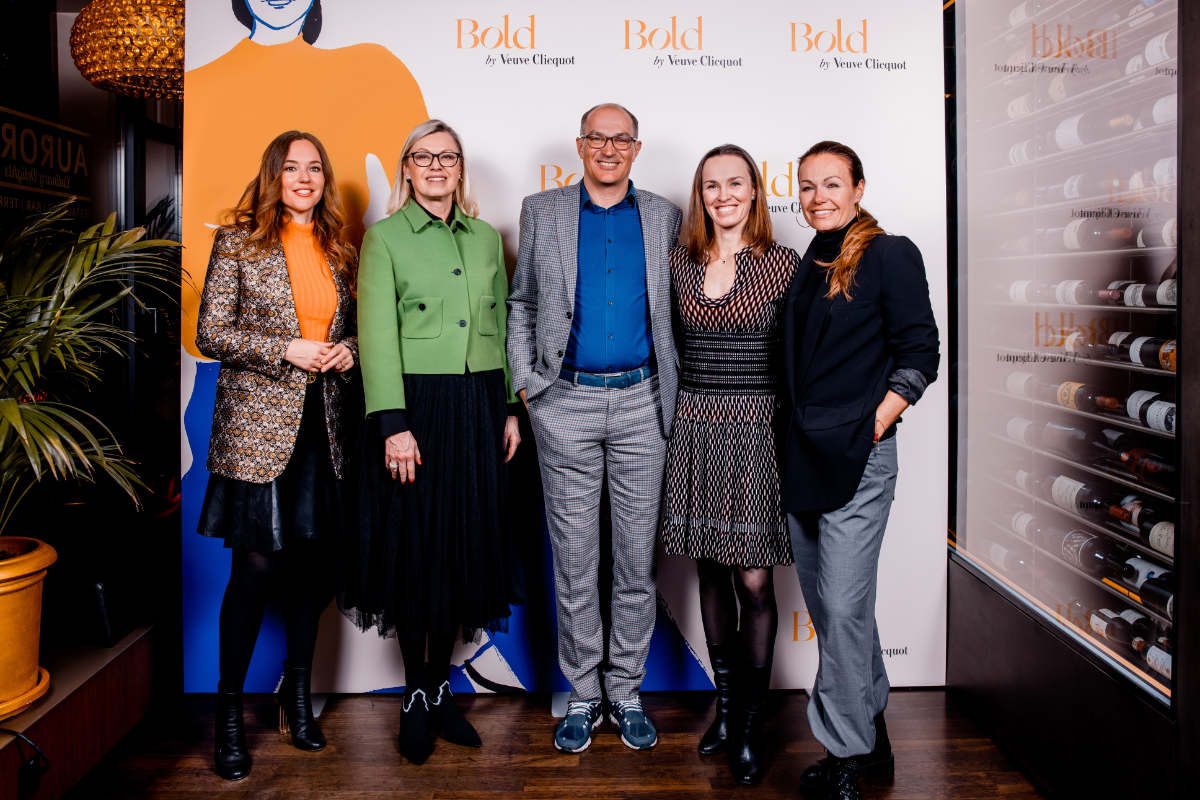 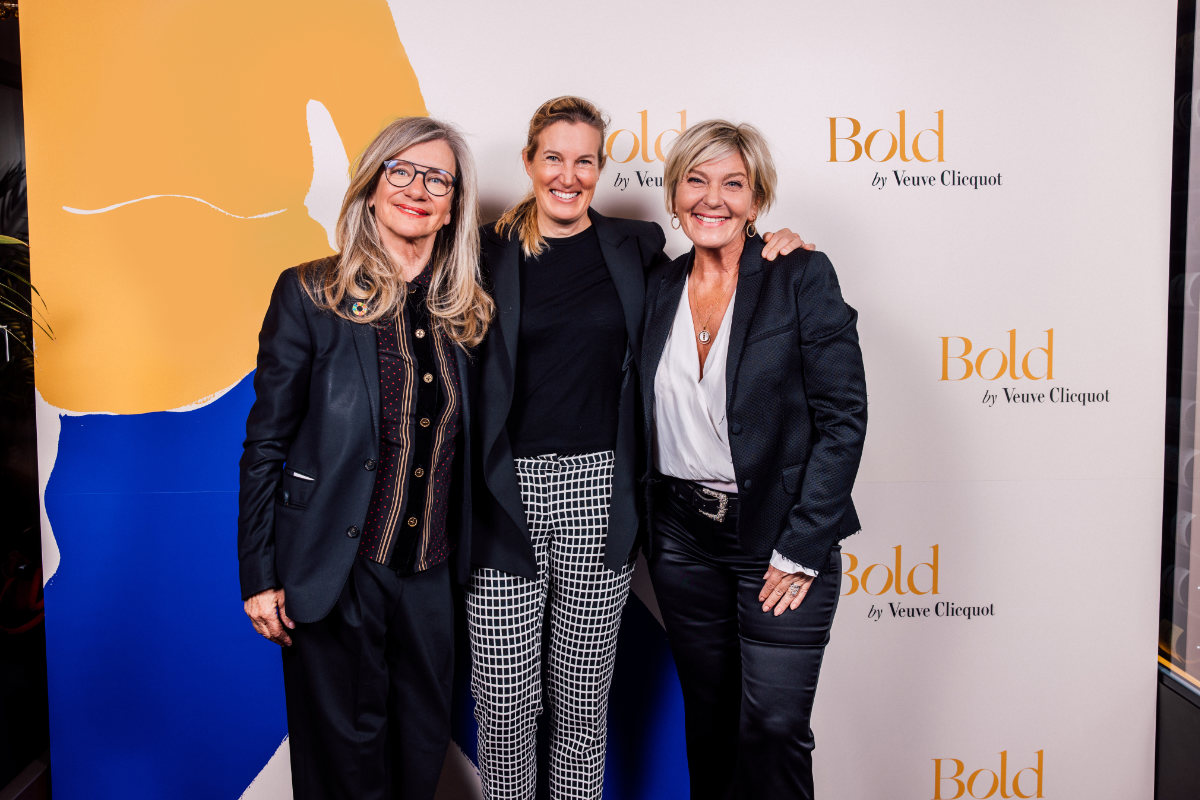 Jury members came together on Thursday, March 3rd 2022, during a dinner at Aurora, Zurich, where they had the chance to meet the finalists, and they will now elect the winner, to be announced on September 1st 2022.

The six finalist files selected, three for each category, were chosen from some twenty profiles of businesswomen from all over Switzerland.

Information on each finalist is detailed below, for each category and in alphabetical order. 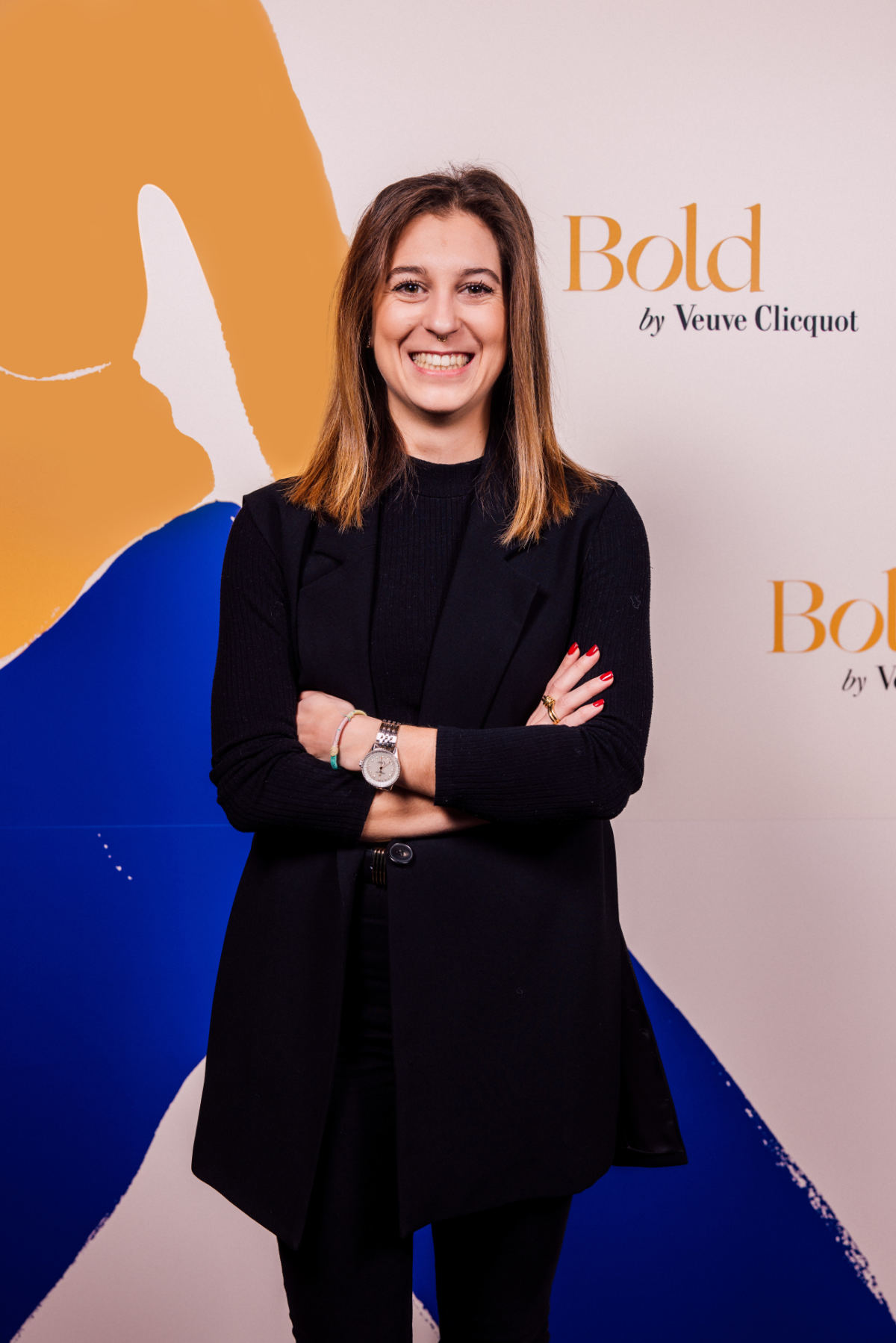 Léa Julie Miggiano is the co-founder and chief marketing officer of Carvolution, a company founded in 2018, which aims to develop car subscriptions. With Carvolution, Léa Miggiano seeks to renew consumers’ idea of car ownership through an innovative subscription system, allowing each user to have their own vehicle for a fixed monthly amount while allowing them to adapt the subscription to their needs. Since its founding, Carvolution has been considered one of the most promising start-ups in Switzerland and was ranked #1 ICT Start-up in 2021. Today, the team consists of 80 people and is supported by renowned investors such as Redalpine, Mobiliar and Francisco Fernandez.

The 27-year-old Swiss-Italian businesswoman studied business administration at St. Gall before joining a FinTech start-up and then creating her own company, only one year after earning her diploma. Léa Miggiano was chosen for Forbes “30 under 30” in 2020 and is listed in the TOP 100 Women in Business 2020/21. Last year, Léa Miggiano was nominated Young Entrepreneur of the Year by the SEF (Swiss Economic Forum) in Interlaken. 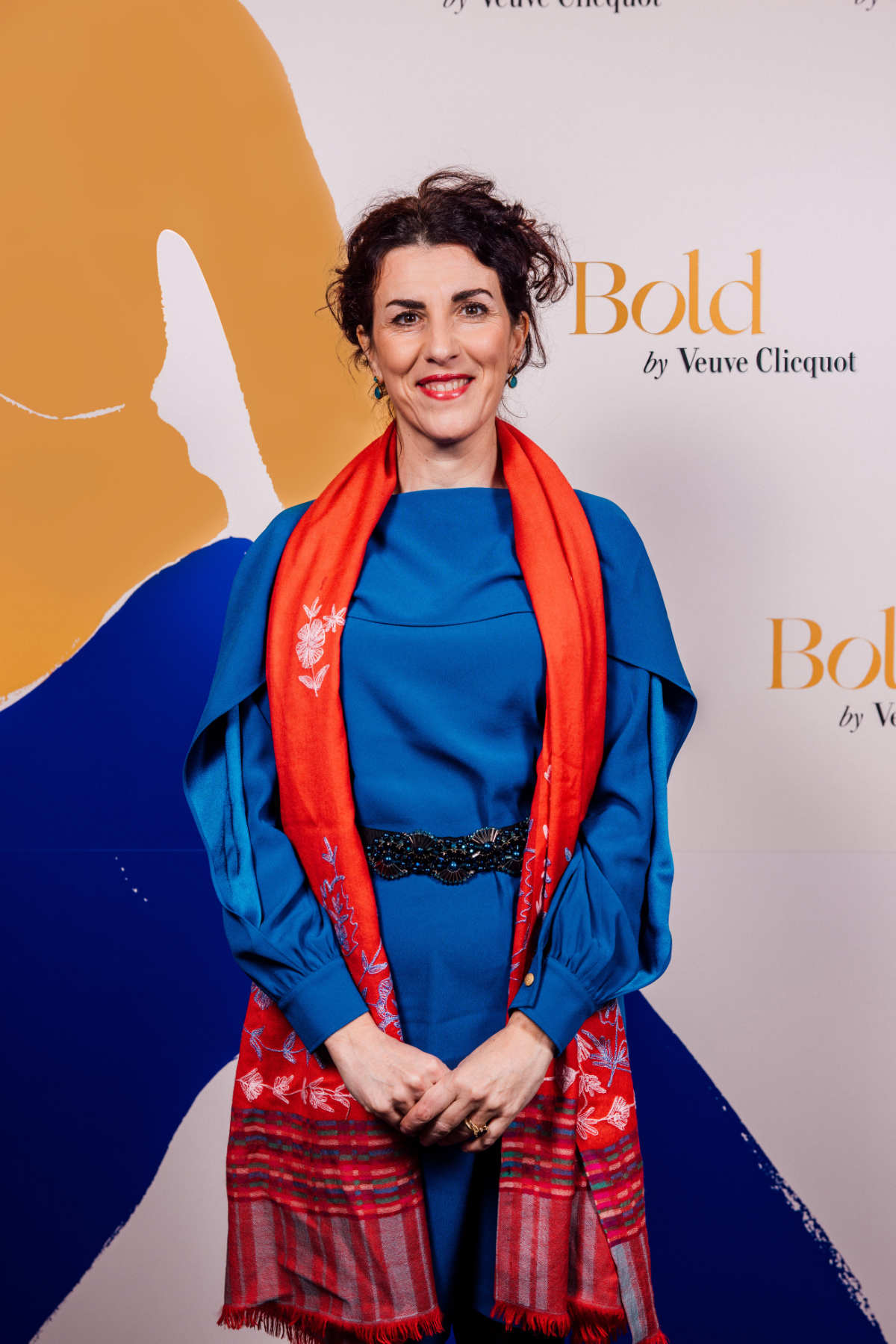 Antonella Santuccione Chadha is a doctor specialising in clinical pathology, neuroscience and psychiatric disorders. She creates in 2016 the Women’s Brain Project, a non-profit organisation, of which she is CEO, which deals with the influence of sex and gender on mental and brain illnesses. She is the vice president of Euresearch and acts as scientific advisor for several scientific start-ups and institutions.

Dr Santuccione Chadha studied possible immunotherapies for Alzheimer’s disease in the laboratory of Roger Nitsch and Christoph Hock at the University of Zurich, where aducanumab was discovered, the first amyloid treatment for Alzheimer’s disease. She also worked with Swissmedic, Roche Diagnostics and Roche Pharma, several European universities, the health and food safety department of the European Commission, the OECD, the CEOi and many organisations fighting against Alzheimer’s disease.

Since 2018, Antonella Santuccione Chadha has been listed among the top 100 businesswomen in Switzerland and was chosen as woman of the year in Switzerland by the magazine "Women in Business" in 2019. In 2021, she was recognised as one of the "Femmes pour l'innovation" [Women for Innovation] in Switzerland by the University of Basel. In addition, she is the author of many scientific publications, TEDx publications and works including "Sex and Gender Differences in Alzheimer's disease".

Dr Santuccione Chadha, an Italian, is also advocating for the creation of the first global research institute of precision medicine on sex and gender, based in Switzerland. 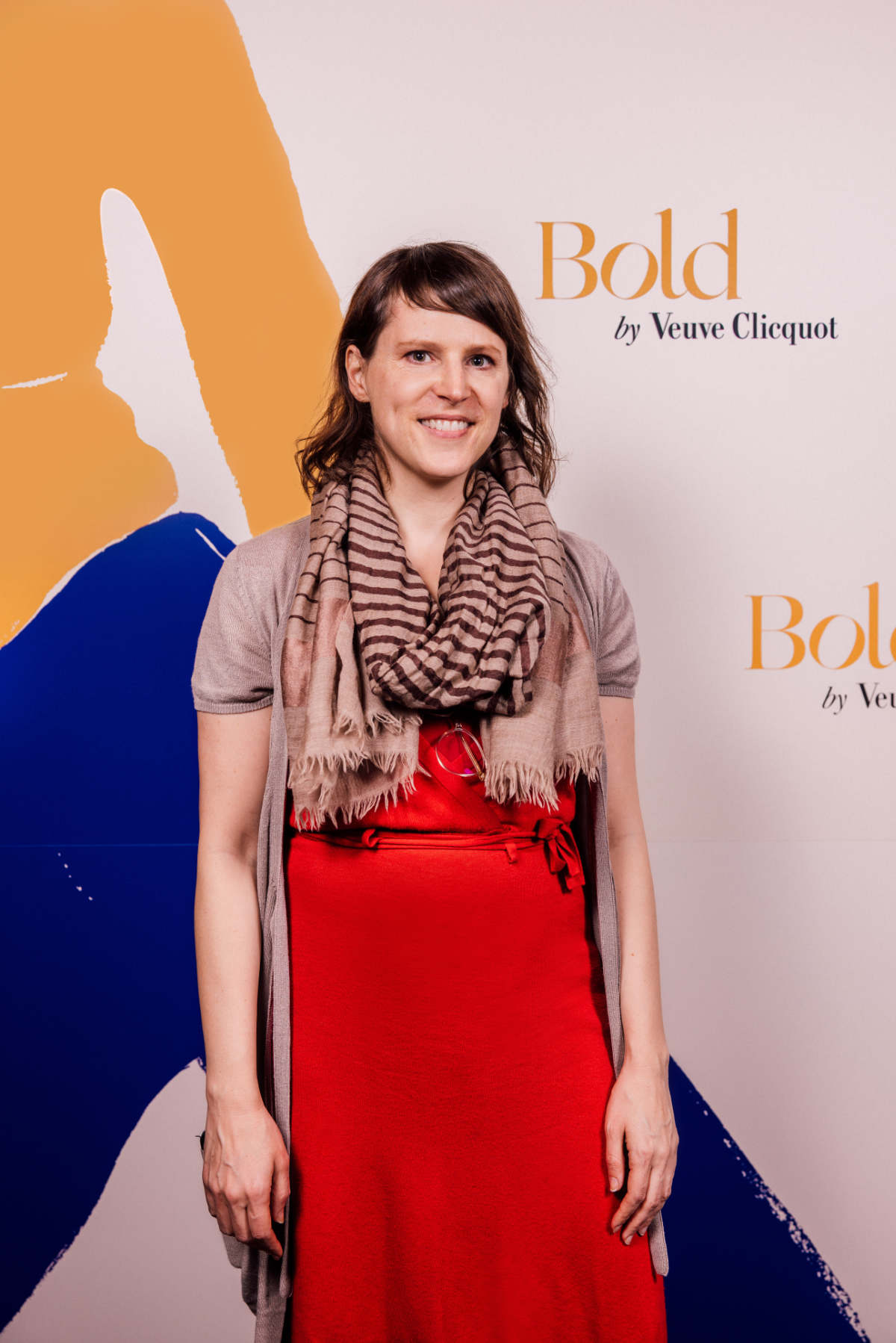 Co-founder and CEO of Futurae Technologies AG, Sandra Tobler is a businesswoman who has worked in the IT sector for more than 16 years. In 2017, she founded Futurae Technologies in Zurich, which has now become one of the industry leaders in strong authentication, transaction signing and fraud detection. Working with more than 100 highly regulated companies, such as many hospitals, cantons, insurance companies and banks and financial infrastructure companies, Sandra Tobler seeks to combine a transparent user experience with confidentiality and maximum security.

Futurae offers authentication with new approaches centred on the user, utilising sensor signals and a context protecting private life, among others, as well as a variety of modular authentications to create safe and easy authentication for all.

The first six years of her career included a variety of roles and international projects at IBM as well as for Switzerland Global Enterprise and for the secretary of state for foreign affairs where she was in charge of Switzerland’s economic representation in San Francisco.

Sandra Tobler is listed in the Top 10 Entrepreneurs of Handelszeitung/SKO of 2019 and 2020, Innovator of the Year 2020 (Jury/FIF/Handelszeitung/Blick), was one of "100 Digital Shapers" for three consecutive years (Jury/Digital Switzerland/Bilanz) and has since been in its "Hall of Fame".

Passionate about business and the Swiss tech ecosystem, she is part of the “venture” jury, the advice of the Fondation Kick (covering VentureKick, School Kick, Talent Kick) and Startupticker (the news organization for start-up issues in Switzerland) and the Swiss association of start-ups that works to improve basic conditions for local innovators who create jobs for the future. In addition, Sandra co-founded the Swiss Cybersecurity Startup Map.

FINALISTS FOR THE BOLD FUTURE AWARD 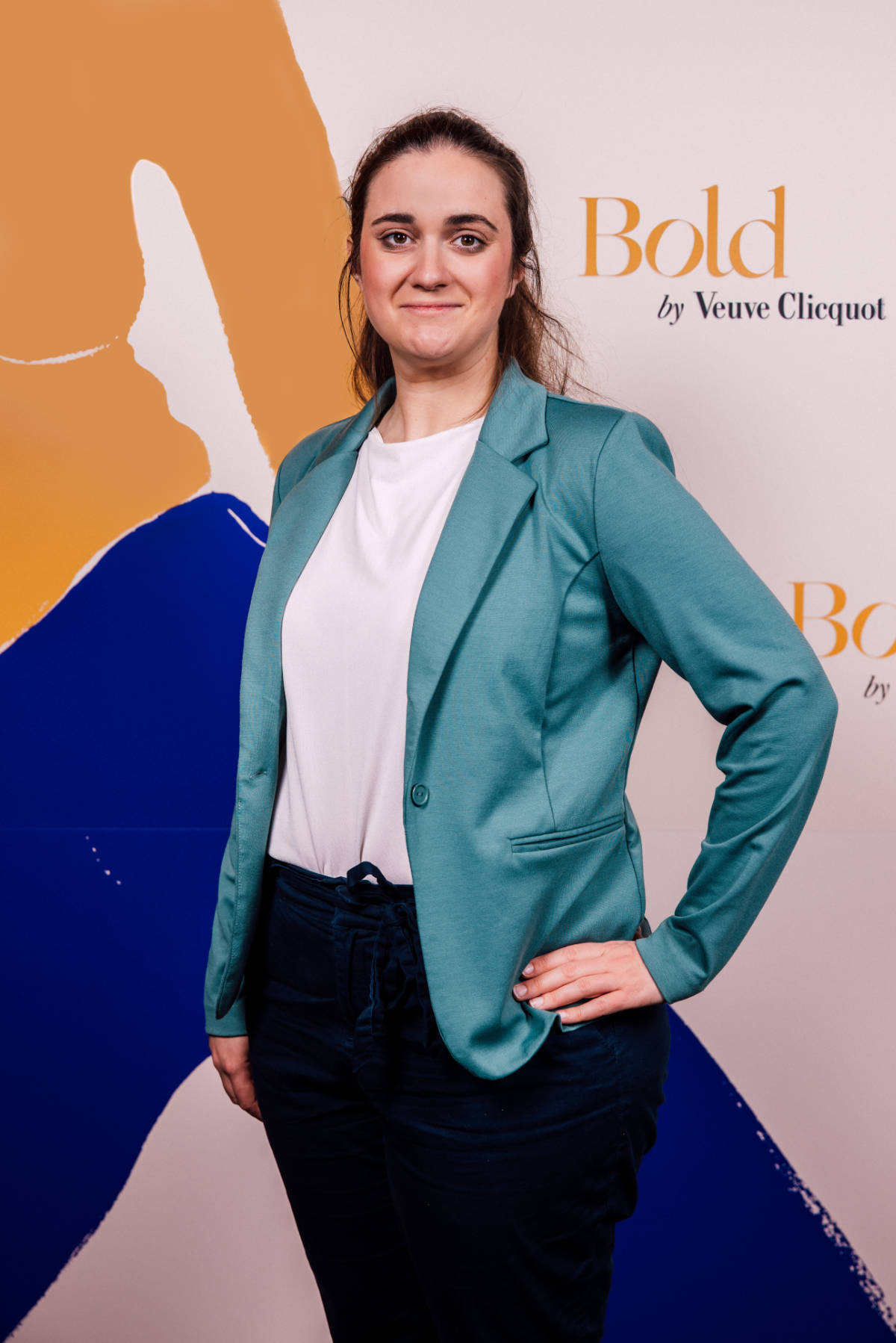 Liliane Ableitner is the cofounder, Chairperson and CEO of Exnaton, which she founded in 2020, one year after earning her doctorate. This spin-off of the ETH (École Polytechnique Fédérale de Zurich) is a climate technology start-up whose aim is to use software to view and transfer solar energy in real time.

Exnaton also allows energy suppliers to create a new channel and customer platform while continuing to comply with all the latest regulations. Individuals using the software can also help promote a transition to solar energy without having to undergo an installation process. The peer-to-peer trading platform's founder aims to make Exnaton the go-to platform for renewable energy in the coming years and hopes to reach millions of homes with innovative services that analyse their renewable energy data.

The 31-year-old entrepreneur was named one of Forbes Magazine's ‘30 under 30’ in 2020, and her company has won multiple prizes, including the Smart City Innovation Challenge 2020, part of the SuisseEnergie programme from the Swiss Federal Office of Energy. It was also one of the “Digital Top 50” Startups in Europe in 2021. 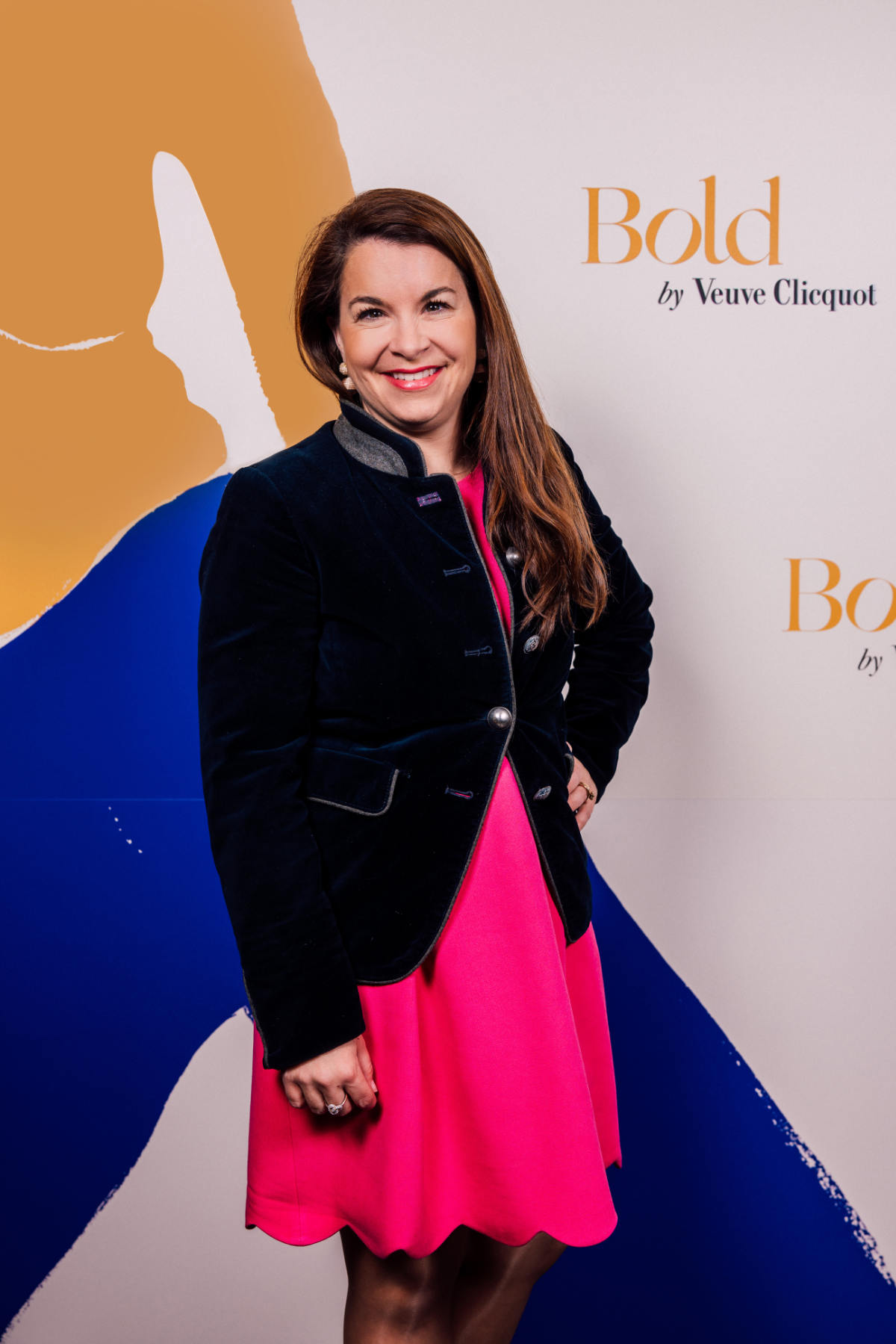 Co-founder, Chairperson and CEO of KORE Technologies, Carla Bünger is a pioneer in blockchain technology, something she first got involved with in 2017. In 2019, she created KORE Technologies, a company specialized in high-tech blockchain and uses security to create innovative solutions. One example, LuxeID, can be used by the luxury industry in the creation of NFTs. This solution creates a digital twin of a physical product that is transferred to the purchaser in a digital portfolio created exclusively by the brand. KORE Technologies therefore allows the client to generate millions of digital twins, which helps fight counterfeiting on a global scale and establish both origin and ownership with the greatest validity.

A pioneer in NFTs and the metaverse, Carla Bünger focuses on ambitious projects such as scaling up blockchain technology in a sustainable fashion for large companies, creating digital identities for people and/or products and digitizing financial assets. 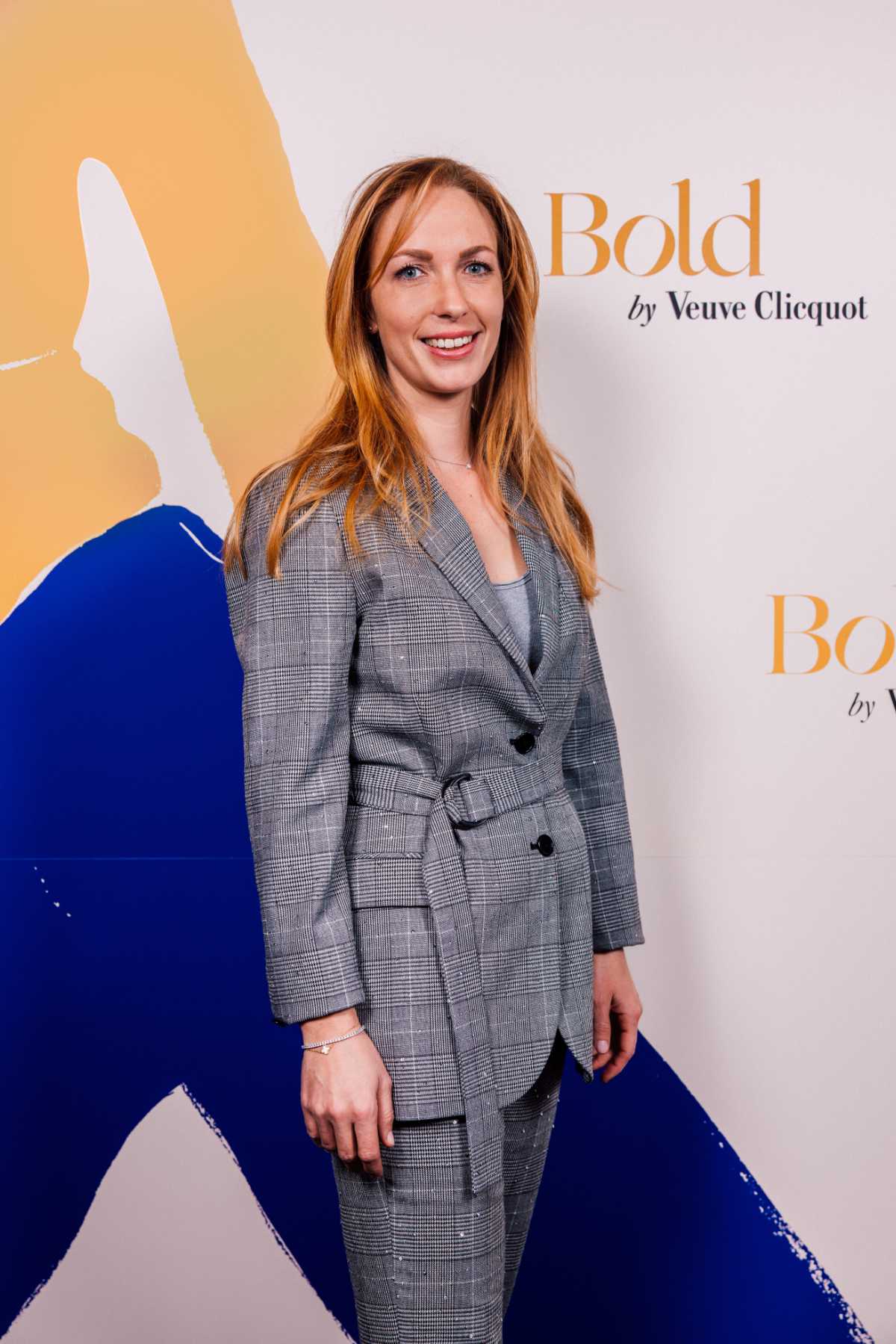 Fanny Queloz is the founder of Arts & Design Manufacture, a company created in 2019 that offers exclusive artistic creations born of the high-end watchmaking process. With craftsmanship at the very heart of her expertise, Fanny Queloz surrounds herself with artisans and creative talent so she can supply only the best to her niche clientele, themselves connoisseurs of exceptional brands. Originating from ancient knowledge, the types of craft offered by this company are constantly revitalized by the Swiss entrepreneur, who is on a continuing quest for innovation and to push the conventional boundaries of the watchmaking milieu, in terms of design and new materials.

With a degree in Gemology and training in engraving, Fanny Queloz combines her technical and product expertise with a modern, innovative vision for high-end jewelry. Her personal experience as an athlete who once represented the Équipe Suisse Élite also imbues her with a team-oriented mindset and an unshakeable will.

The awards ceremony on 1st September 2022

Bold By Veuve Clicquot, a program designed for impact

Bold is the response to society’s evolution since 1972. The models of women’s success no longer stop at the borders of the business world.

Bold to better understand the personality and strength of these daring women. Bold to think about inspiration beyond the purely business dimension. To understand these women with multiple paths and achievements who have become an inspiration for other women in all fields.

Bold by Veuve Clicquot becomes a program redesigned for more inclusion, more impact and more international visibility. A program structured around key phases throughout the year, around the world, with the Bold Woman Award at the heart of it all (previously known as Business Woman Award, thus allowing us to keep the award’s acronym BWA).

This award will continue to highlight women entrepreneurs, make them visible and give them a voice. Veuve Clicquot’s mission? To identify the role models of today and tomorrow. The women who inspire through their own journeys. The women whose names will become synonymous with boldness.

Criteria for the three awards

The candidate must be a woman who founded or has been CEO for more than three years of a company headquartered in Switzerland.

The candidate must have made a significant contribution to the success of her company by instilling her sense of entrepreneurship.

The candidate must have made a tangible contribution to the transformation and evolution of traditional processes in her field, and which have supported growth for at least two years.

- MAINTAIN AN ETHICAL APPROACH TO BUSINESS

The candidate must bring values of ethical change to the company and its direct ecosystem, such as improving environmental impact, fostering a supportive work environment, and engaging in inclusive social change.

The candidate must have founded or be CEO of a company that has been existing for less than three years and whose headquarters are in Switzerland.

The candidate must have made a significant contribution to the success of her company by instilling her sense of entrepreneurship.

The candidate must have made a significant innovation or a tangible contribution to the transformation of an existing market.

- MAINTAIN AN ETHICAL APPROACH TO BUSINESS

The candidate must bring values of ethical change to the company and its direct ecosystem, such as improving environmental impact, fostering a supportive working environment and engaging in inclusive social change.

More impact also means having by our side the men who have pushed society forward, thus helping bold women become more visible and able to accomplish their projects.

In 2019, the House has launched an award to highlight a man who has demonstrated, through concrete actions, his long-term commitment to better representation and consideration of women in society.

Founded in 1772, Veuve Clicquot (LVMH Group) is a renowned Maison with a presence in over 120 countries. It owes this success to one person: an extraordinary woman, a visionary and a true pioneer in the sector, whose engagement and personality indelibly marked the history of her champagne brand: Madame Barbe-Nicole Clicquot, born Ponsardin. Ever since, the House has successfully combined tradition with innovation. In 1773, the first international delivery by Maison Clicquot was made to a hotel in Bern, Switzerland. Its Swiss customers have always remained loyal to the brand, and Switzerland remains one of its key export markets even today. As for Veuve Clicquot, it remains loyal to the words of Madame Clicquot: ‘One quality, the finest’. From its home in Reims, Champagne (France), the Maison offers a collection with a rare integrity and superior quality including non-vintage brut, extrabrut, rosé, demi-sec and doux, as well as vintage white and rosé champagnes, and finally the prestigious reserve ‘La Grande Dame’ from 1972, the inaugural year of the Veuve Clicquot Bold Woman Award.