The new Ginza location is Zenith’s first flagship boutique to showcase the brand’s new concept, placing storytelling as a central element and offering visitors multisensory experience by unfolding the unique tales of Zenith in new and interactive ways. Ideally situated on Namiki Street in Ginza district, Tokyo’s premier luxury shopping area, the Zenith boutique stands out with its atmosphere as well as the services it provides.

Upon entering the boutique, warm neutral tones give way to a central blue element, stretching from the floor to the ceiling and backlit to evoke a starry night sky. Beyond discovering its watches and comprehensive assortment of limited and exclusive editions, the boutique’s “Story Bar” allows visitors to take a moment to relax and delve deeper into the Zenith universe, with videos about its most emblematic watches as well as the individuals from Zenith’s past and present that have made a lasting mark on the Manufacture. Even when the boutique is closed, visitors can launch the immersive 360-degree video experience that takes them on a journey through space and time to the Zenith Manufacture with historical figures such as its founder Georges-Favre Jacot and the saviour of the El Primero Charles Vermot, by simply scanning a symbol of the manufacture on the exterior windows of the boutique.

Zenith Icons reaches its first stop at the Ginza Boutique

The new Zenith Ginza Boutique is also the first to host Zenith Icons, a new concept offering the possibility of acquiring a curated selection of iconic and highly sought-after vintage Zenith watches sourced, restored and certified by the Manufacture and sold exclusively at Zenith’s boutiques. Emblematic chronographs can be expected, with all details of each watch’s provenance thoroughly researched and documented by the Manufacture’s Heritage department.

With an archive spanning Zenith’s entire production since its foundation in 1865, as well as a vast inventory of spare parts, Zenith Icons vintage watches are restored in the very same place that they were originally made and using historical components; a feat very few watch manufactures can claim. 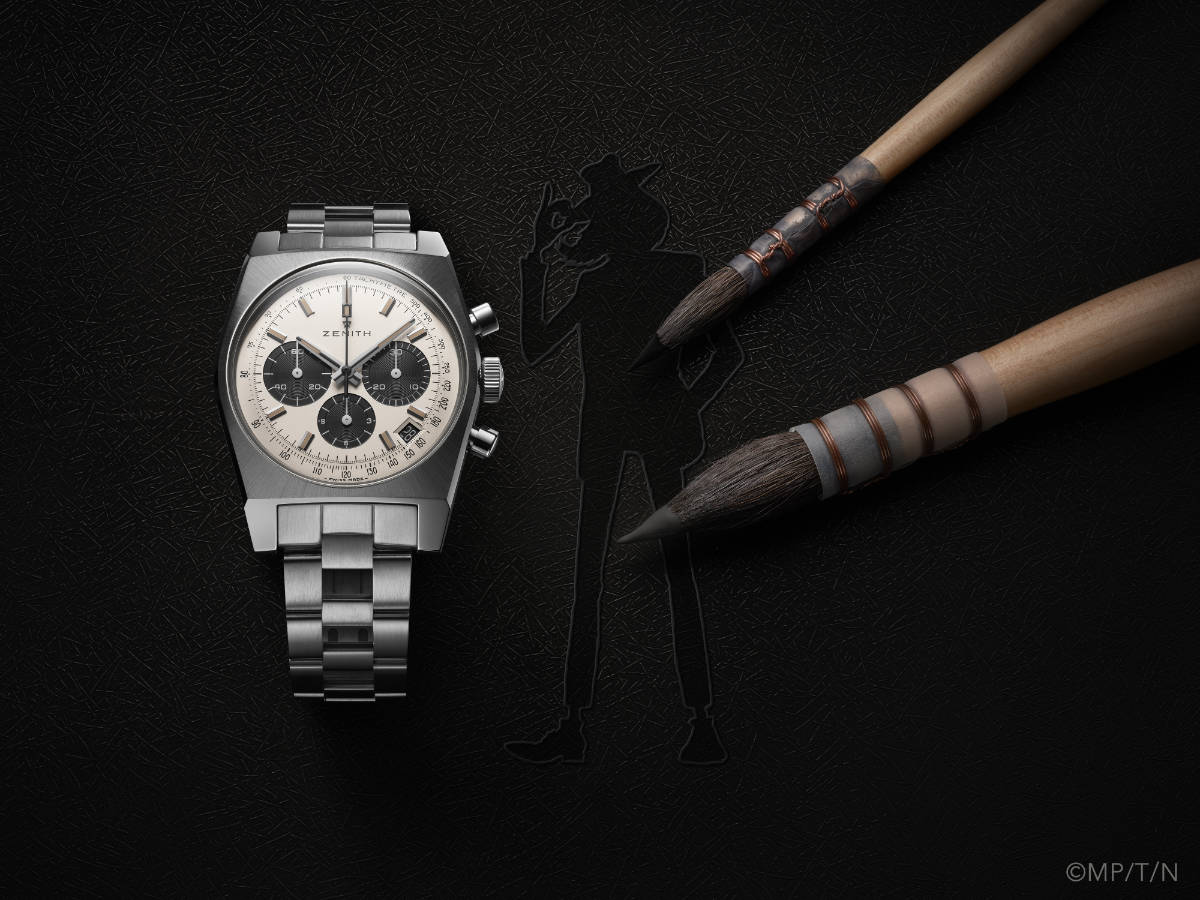 Zenith now invites its customers to discover and shop some of its most significant creations from the comfort and convenience of a Zenith boutique, with the peace of mind in knowing that there can be no doubt about the watch’s provenance and history, and that it has been restored faithfully by the Manufacture with complete traceability.

Lupin the Third – The Second Chapter 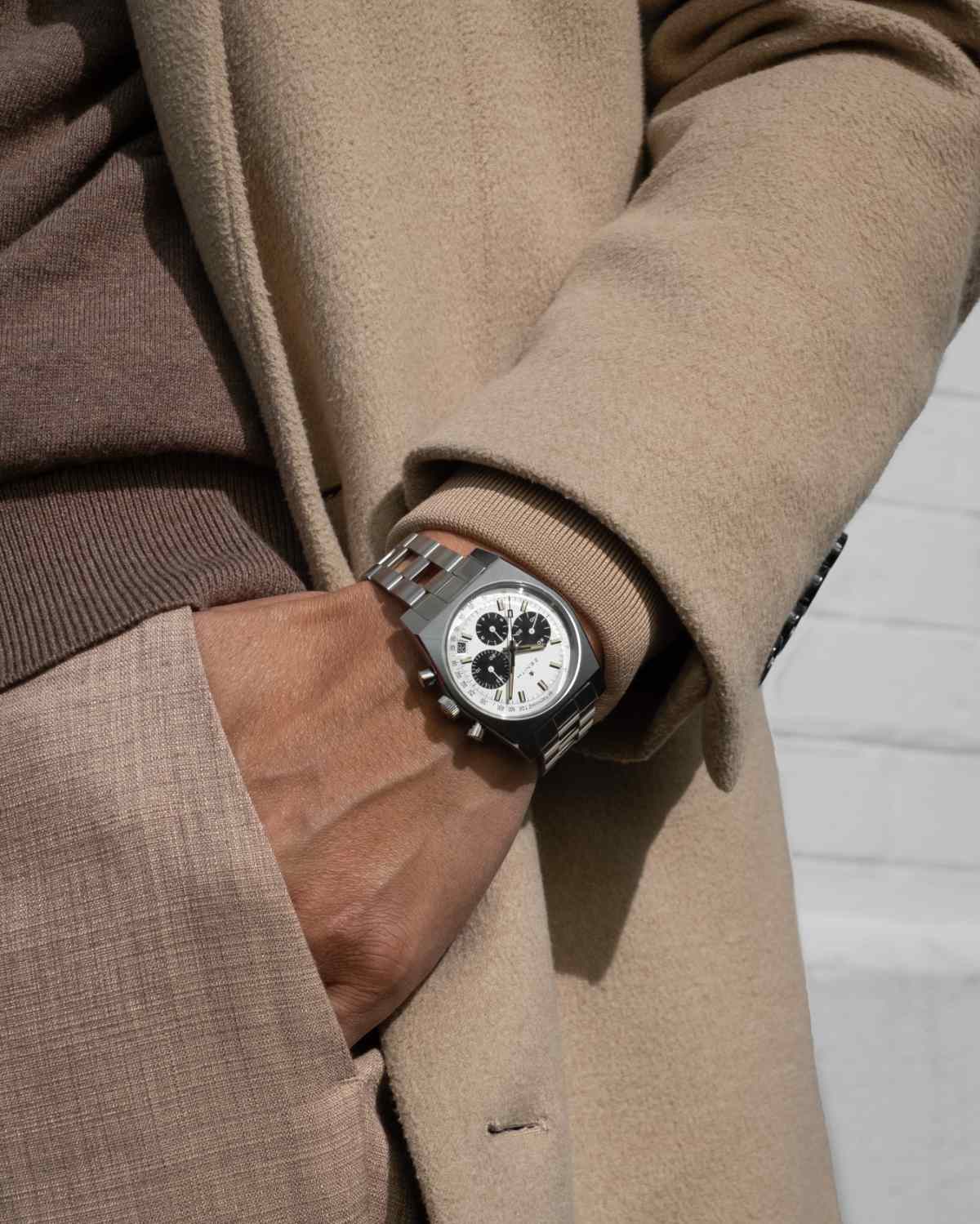 Limited to 200 pieces, the special series is directly inspired by a second appearance of a Zenith watch in the Lupin The Third anime series, seemingly based on an A384 El Primero chronograph and a testament to its wide-reaching significance in the 1970s. It features a white dial with contrasting black chronograph counters; a so-called “panda” dial as colloquially referred to by watch aficionados. It comes on the steel ladder bracelet, just as the original A384 did and as depicted in Lupin The Third. The sapphire display back revealing the El Primero chronograph calibre is engraved with a drawing of Daisuke Jigen, the partner of the title character Lupin III. The Chronomaster Revival Lupin The Third – 2nd Edition is exclusively available at the Zenith Ginza Boutique, before making its way to other Zenith boutiques and e-shop as well as its retailers in the coming weeks. 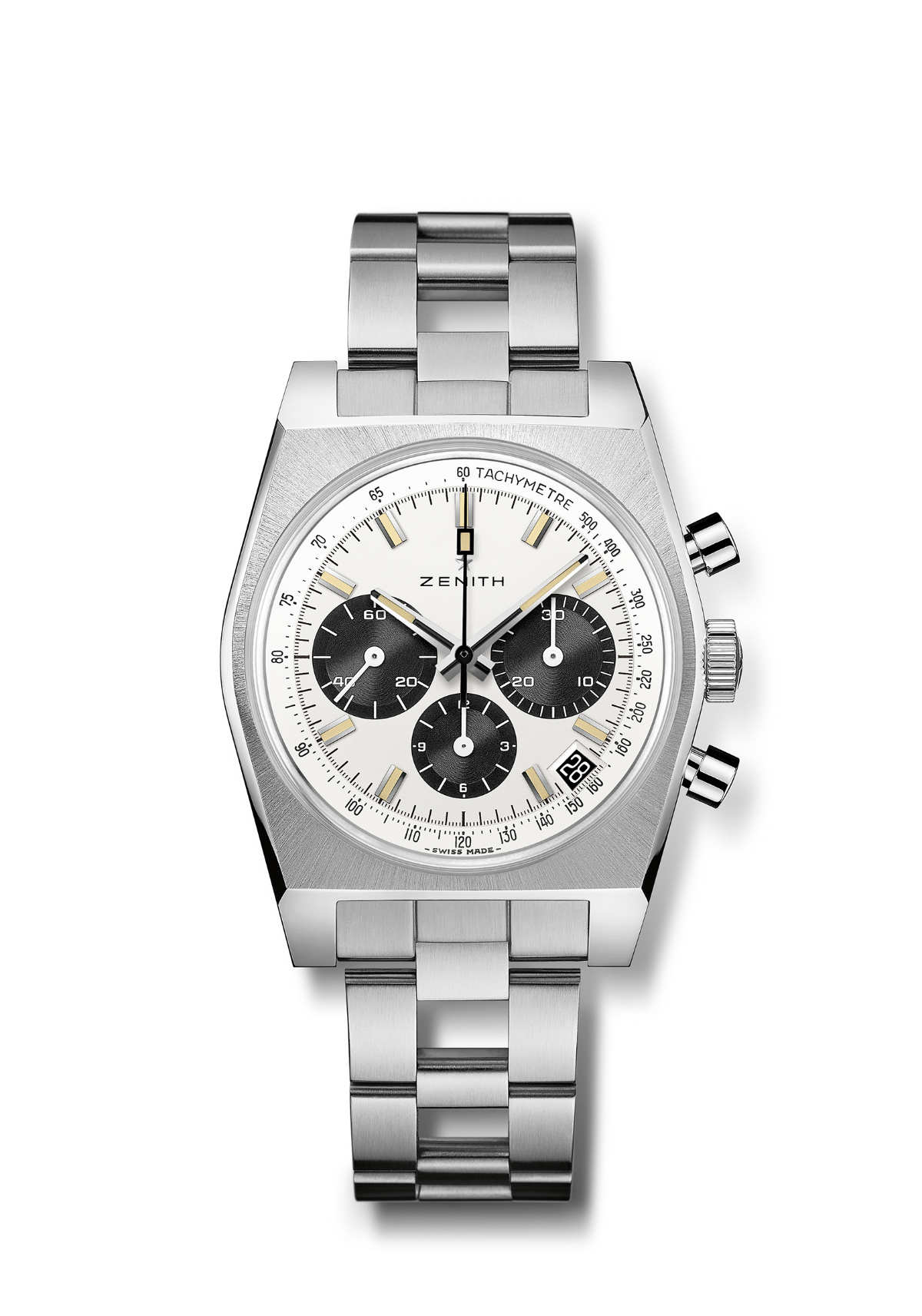 - Creation of the watch depicted in the Original Japanese manga "Lupin the Third".

- Hours and minutes in the centre.