If all the colours that our eyes can perceive are to be considered as frequencies of visible light, then violet has the highest frequency of them all, beyond which is invisible ultraviolet light. It was only natural to pair this intense, energetic colour with the highest-frequency chronograph in regular production, the DEFY 21.

In past centuries, violet was coveted as the most sought-after colour dye for garments, the production of which was a closely held secret by certain civilizations such as the Phoenicians. Its rarity and compelling beauty made it the stuff of royalty. Today, violet tones portray a sense of daring, confidence and whimsy, from sports cars to bespoke tailoring. Yet in the world of watchmaking, violet remains a rarity. 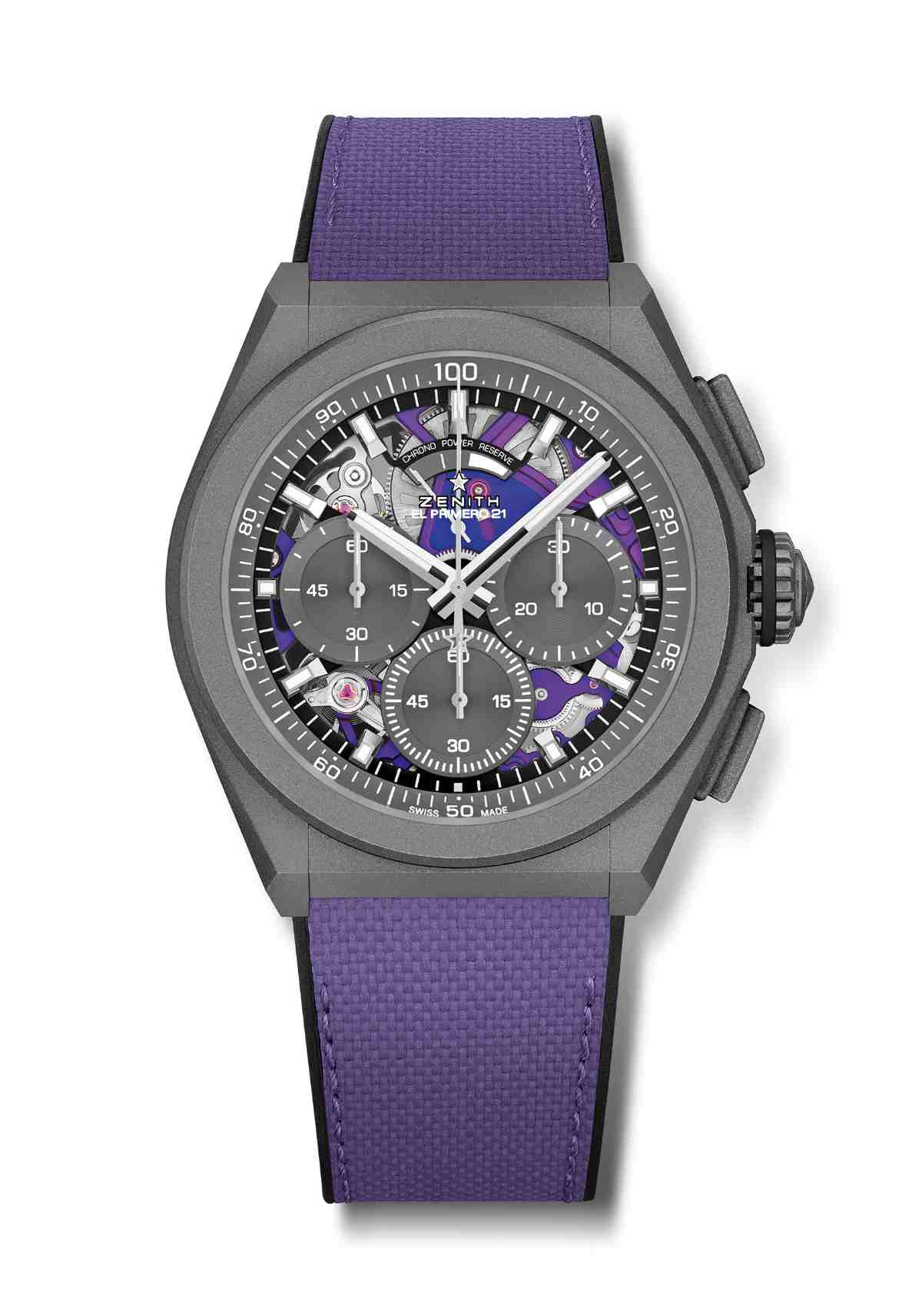 A world-first in watchmaking, Zenith has treated an automatic chronograph movement in the regal, opulent tones of violet. Not just any chronograph, Zenith chose its revolutionary 1/100thof a second El Primero 21 chronograph calibre beating at an incredible frequency of 50Hz as the canvas for this visually and mechanically striking creation.

Visible through the open dial, which features three grey chronograph registers and a grey flange ring, the vibrant violet movement is accentuated by the DEFY 21’s uniquely avant-garde movement conception and design with open, angular bridges. A white-tipped central 1/100th of a second chronograph hand makes a complete revolution above the dial in one second. Besides the DEFY 21 El Primero 50th Anniversary edition, which was only available as a box-set with two other watches, the DEFY 21 Ultraviolet is the first stand-alone DEFY 21 with an open dial paired with closed chronograph counters. 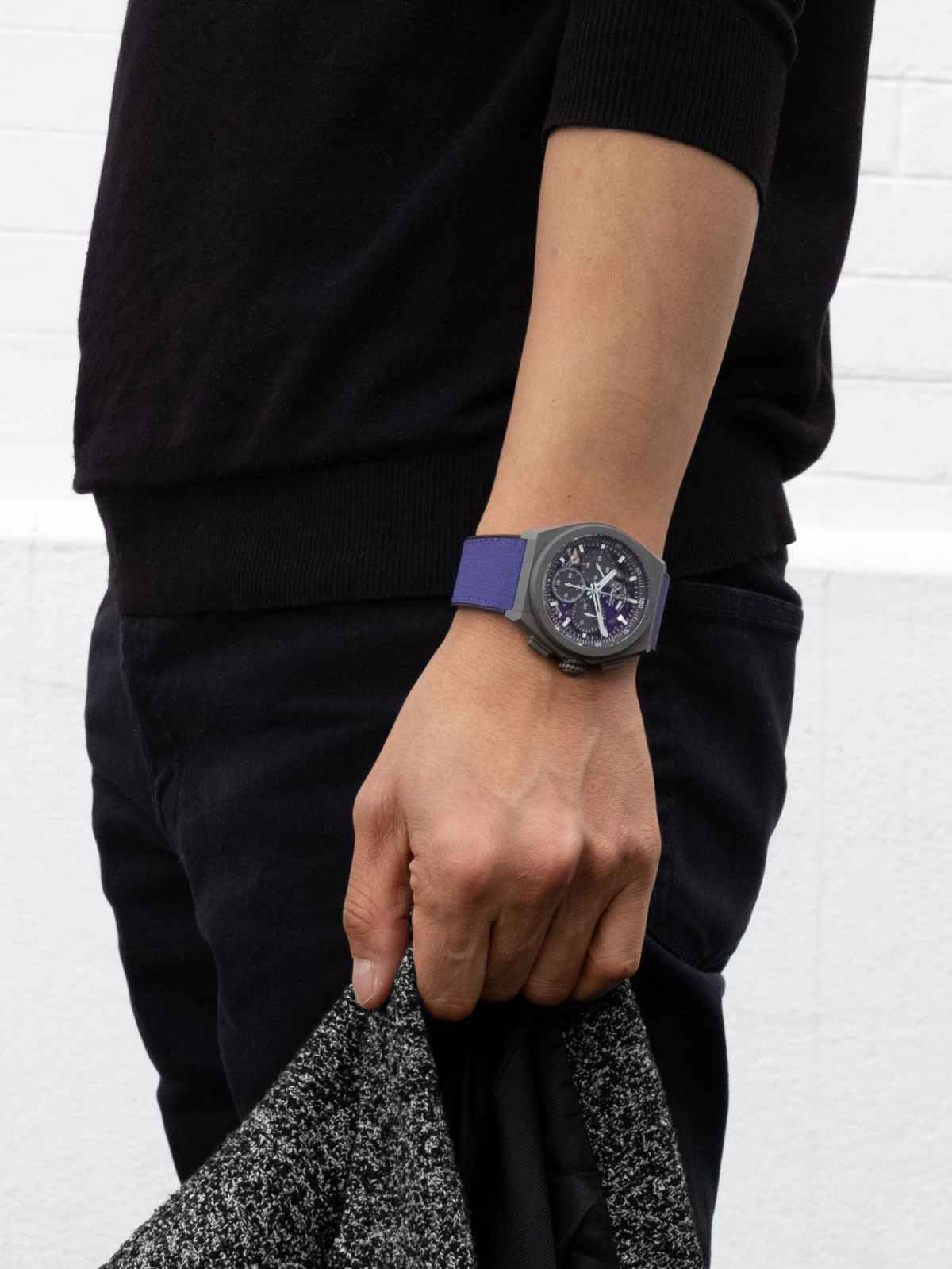 Allowing the purple-treated bridges of the movement to truly stand out while providing a more striking contrast, the faceted 44mm case of the DEFY is given an entirely matte sandblasted finish, bringing out the darker metallic nuances of titanium. Complementing the tones of the open movement, which can shift from warm violet to cool purple tones, the black rubber strap features a violet insert that mimics the look of woven textile.

Zenith: Time to Reach Your Star 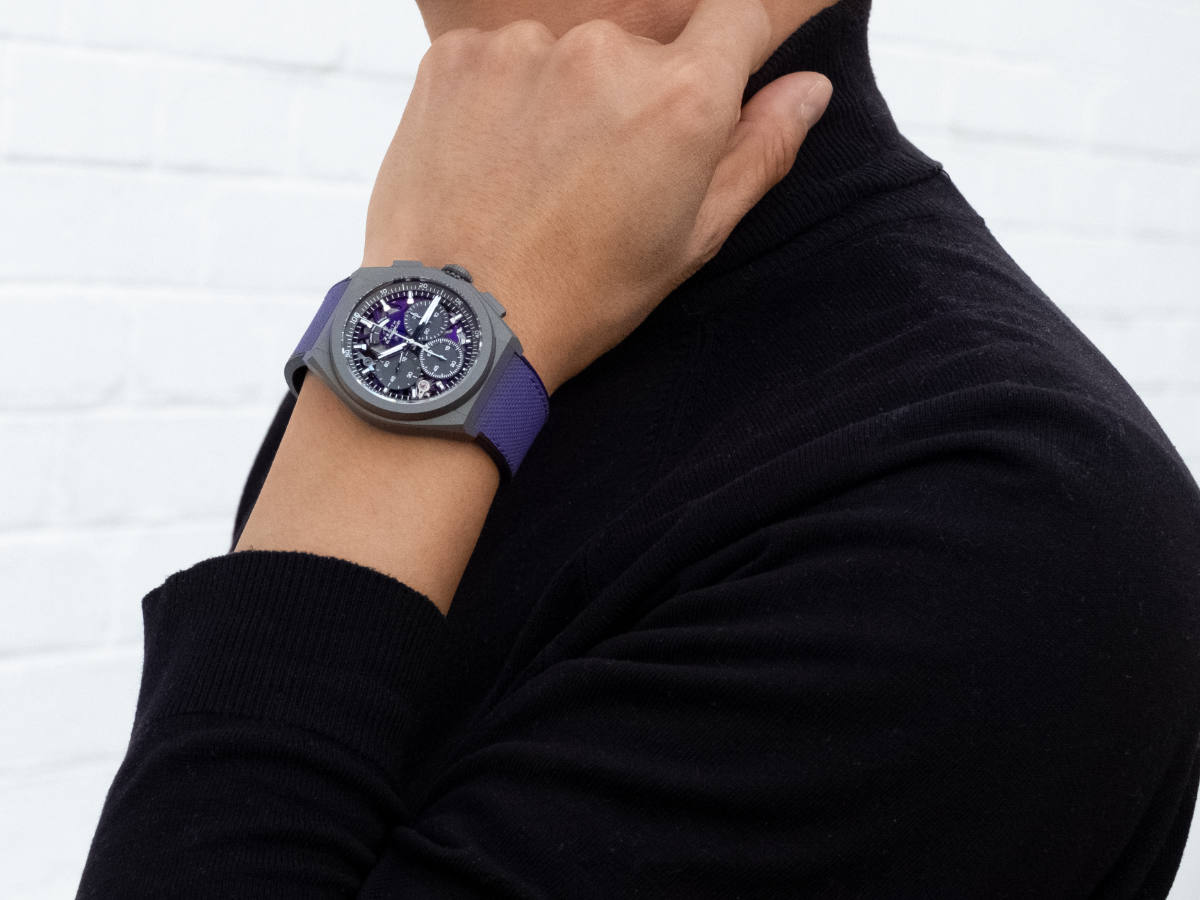 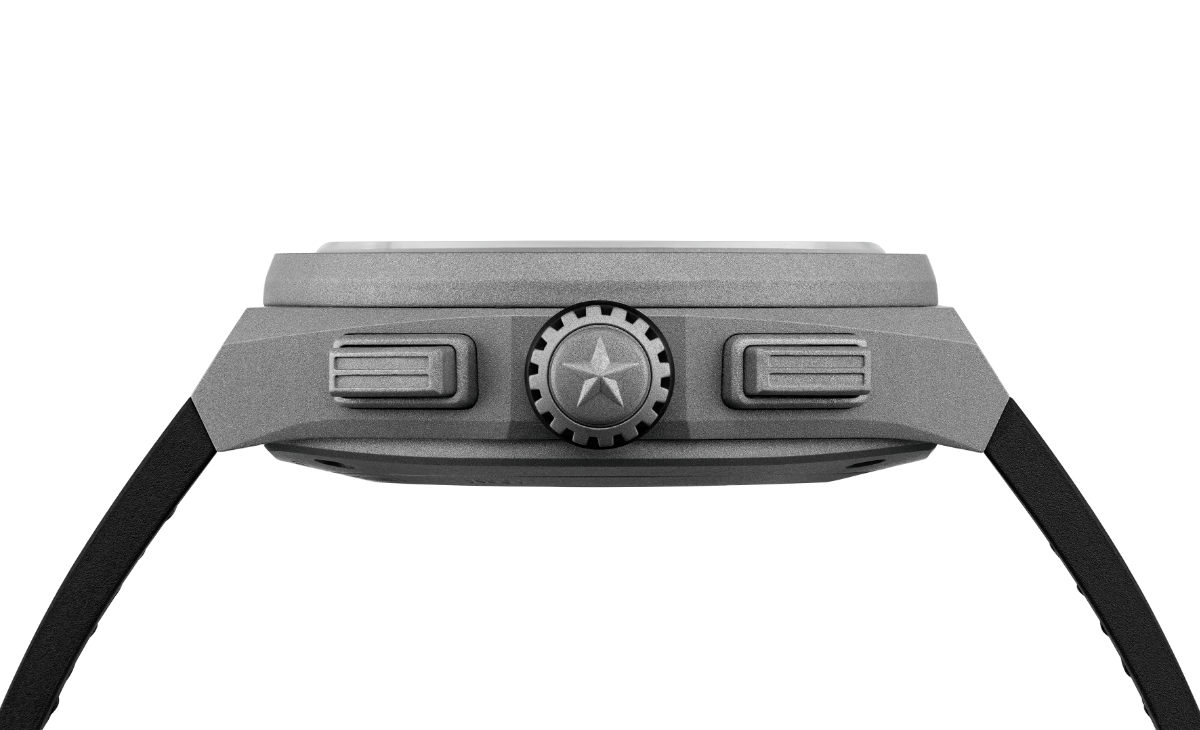 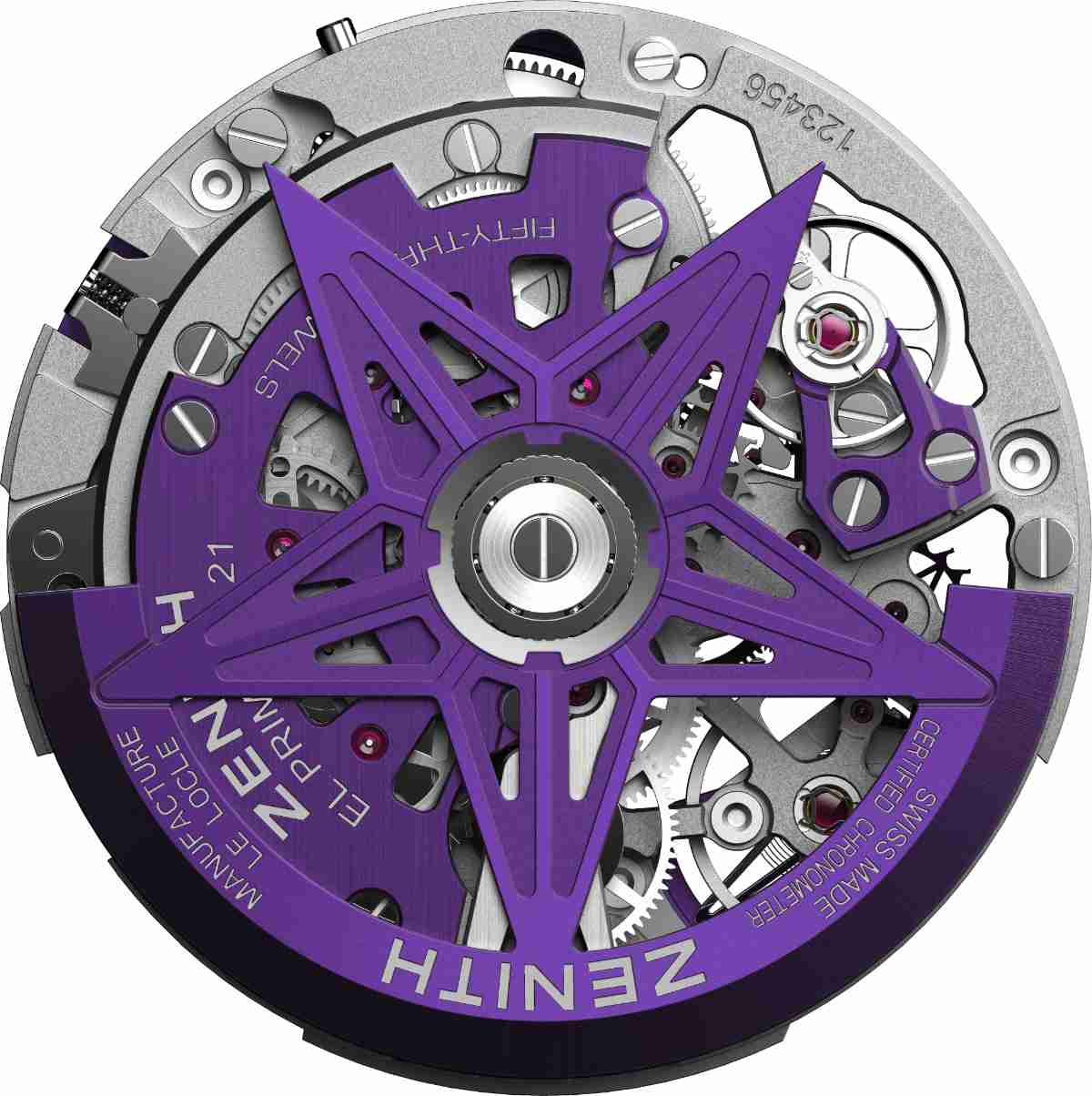 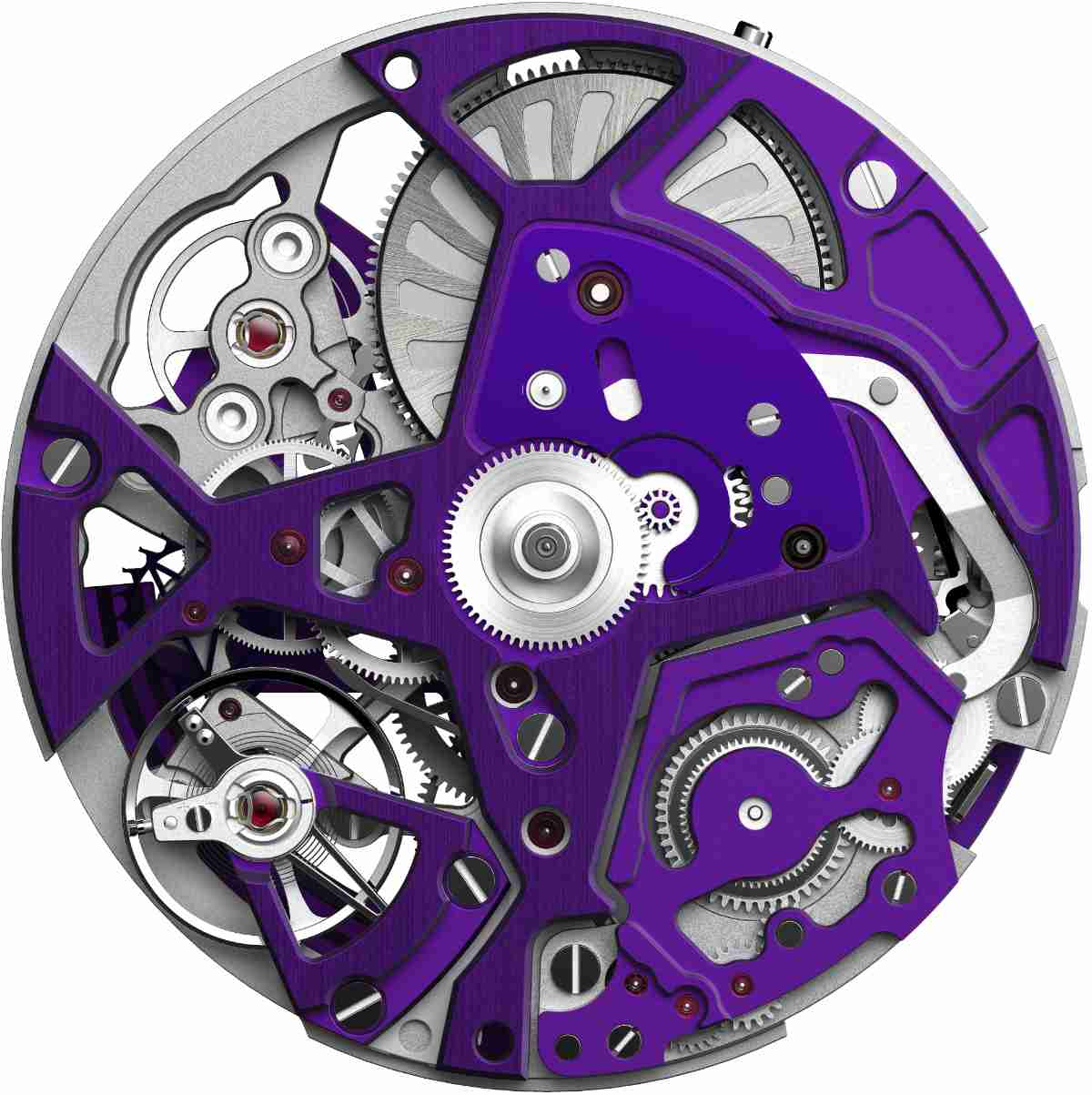