Tiffany & Co. congratulates the Milwaukee Bucks on their victory in the NBA Finals 2021, securing one of the most coveted trophies in professional sports: the Larry O’Brien Trophy.

Tiffany first created the iconic Larry O’Brien Trophy in 1978, which was then referred to as the Walter A. Brown Trophy. In 1984, it was renamed after former NBA Commissioner Larry O’Brien. Standing 24.5 inches in height and weighing 16 pounds, the sterling silver and 24k gold vermeil design resembles a regulation-size basketball falling into a net etched into the trophy.

Tiffany also designed and handcrafts other celebrated NBA trophies, such as the Bill Russell NBA Finals MVP Award, the NBA Eastern and Western Conference Championship trophies and the WNBA Championship Trophy. Each of Tiffany’s revered sports trophies are handcrafted by artisans at its hollowware workshop in Cumberland, Rhode Island.

With more than 300 retail stores worldwide and a workforce of more than 13,000 employees, TIFFANY & CO. and its subsidiaries design, manufacture and market jewelry, watches and luxury accessories. Nearly 5,000 skilled artisans cut Tiffany diamonds and craft jewelry in the Company’s own workshops, realizing the brand’s commitment to superlative quality.

TIFFANY & CO. has a long-standing commitment to conducting its business responsibly, sustaining the natural environment, prioritizing diversity and inclusion, and positively impacting the communities in which it operates. To learn more about TIFFANY & CO. and its commitment to sustainability, please visit tiffany.com.

Awarded annually by the National Basketball Association (NBA) to the NBA Finals champions. 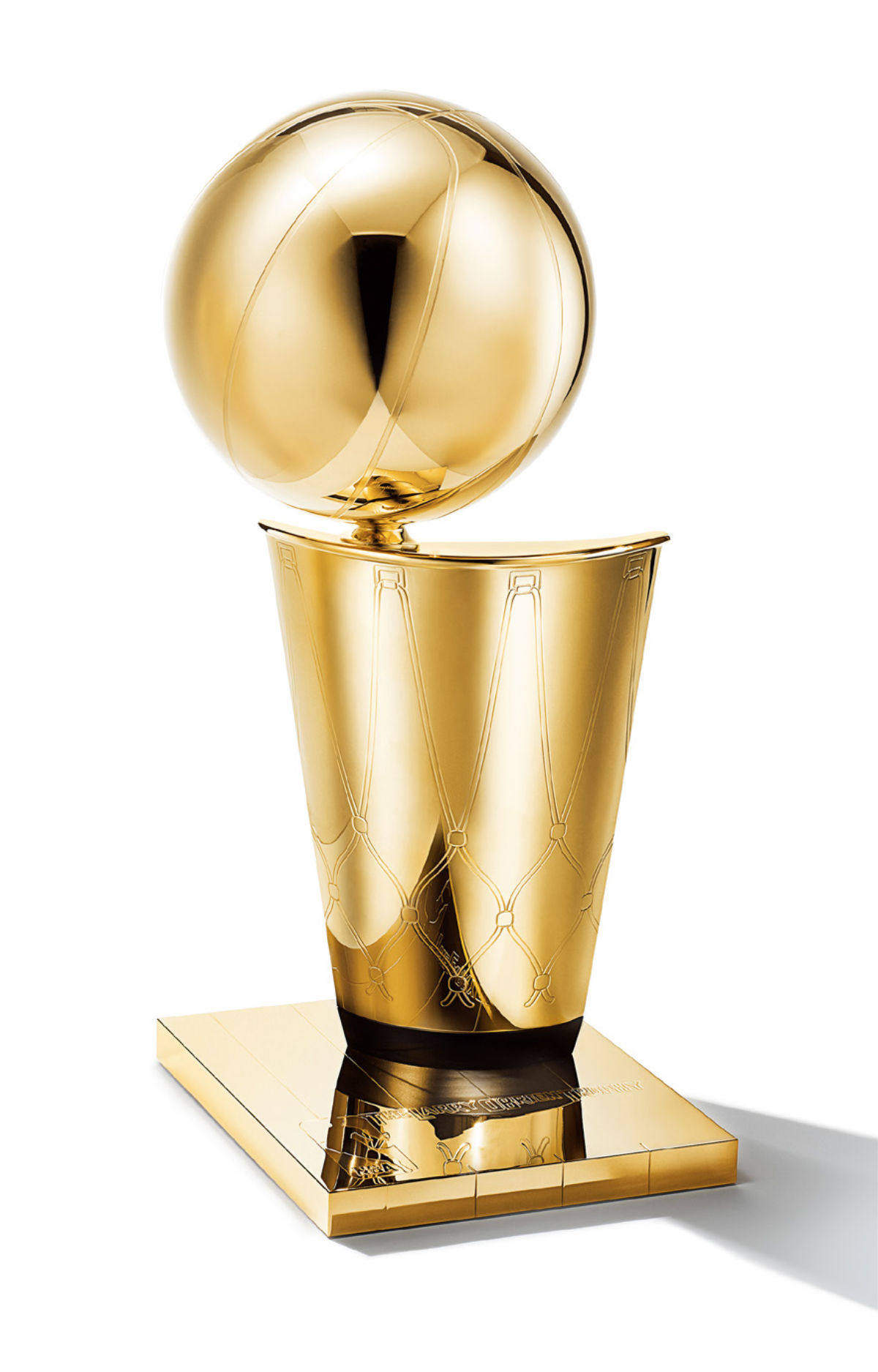 Tiffany first designed this trophy in 1977 and has handcrafted it ever since. Crafted from sterling silver with a gold vermeil finish, the trophy evokes a regulation-size basketball before it enters the net. The trophy weighs 16 pounds and stands 24 inches in height. The trophy is handcrafted each year at the Tiffany hollowware workshop in Cumberland, Rhode Island. Artisans employ age-old techniques such as spinning, silversmithing, chasing, hand engraving, and polishing to create the trophy over a course of approximately six months for a total of 63 hours of labor.

Tiffany & Co. creates trophies for many of the world’s greatest sporting events. Inspired by the transcendent form and energy of competition, these revered symbols of athletic achievement are a lasting tribute to the athletes’ dedication and the highest standards of excellence.