During an evening of glitz and glamour—and hot buzz surrounding who would be next to succeed legends Lionel Messi and Megan Rapinoe—France Football awarded Lionel Messi & Alexia Putellas the Ballon d’OrTM trophies in their respective male and female categories for the institution’s 65th edition. For the first time in the prestigious award’s history since its foundation in 1956, France Football partnered with Swiss watchmaking brand Purnell, and awarded Messia & Putellas each a unique piece: the Purnell Escape Ballon d’OrTM.

A crowning achievement for both players, who have each had tremendous seasons this year (Messi with Paris St-Germain and winning the Copa America, and Putellas with her stellar performance at Barcelona), Purnell is honored to have both of these talented athletes sporting their unique timepieces along with their Ballon d’Or trophies—a fitting example of excellence in watchmaking meeting excellence in football. 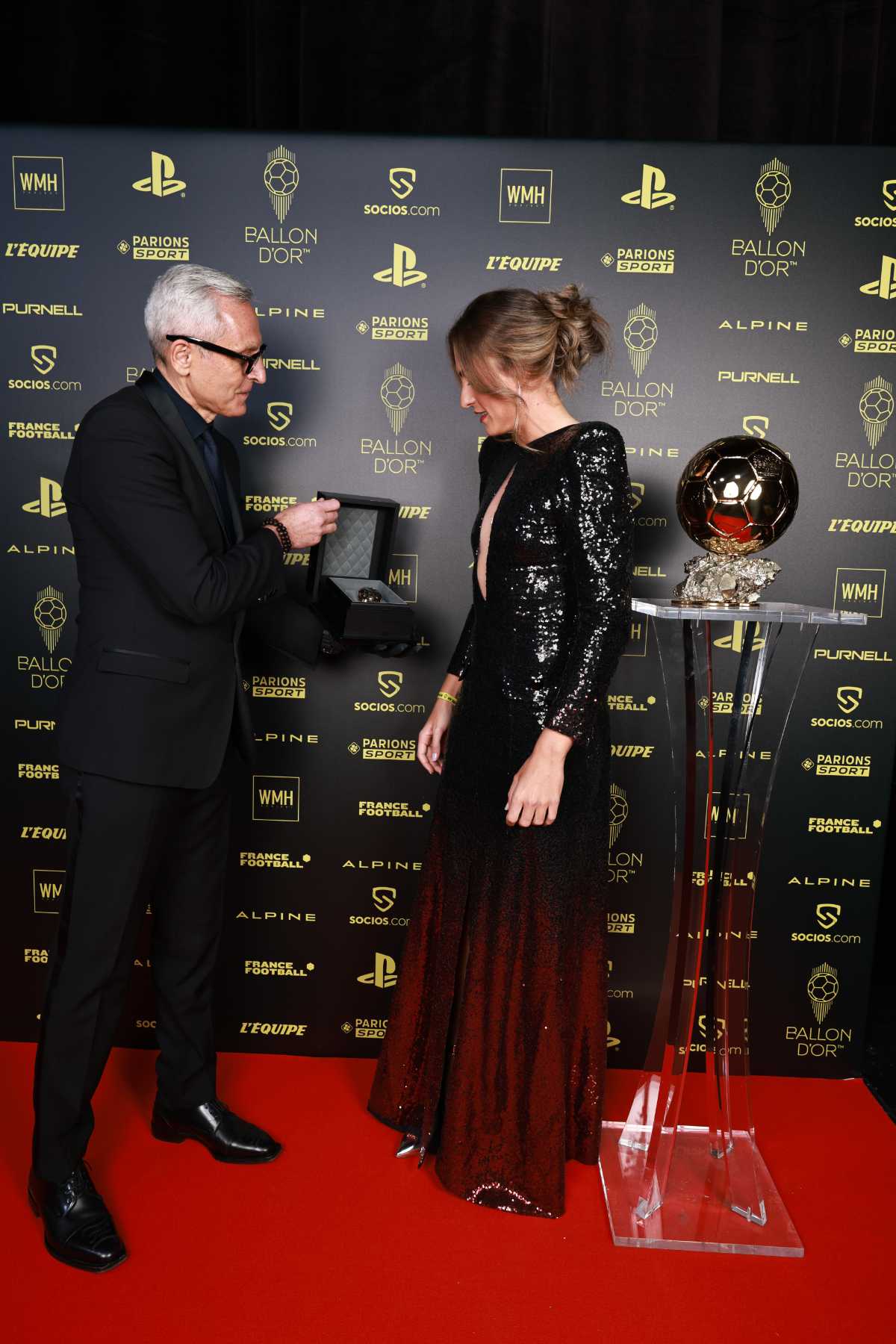 A Partnership Engraved in Gold

The prestigious association between Purnell, the most select brand which exclusively manufactures Tourbillon watches and the Ballon d’OrTM, the most sought-after award in the world of football, is one founded in shared values of celebrating excellence and the very best human talent can create, whether in watchmaking or in football. The partnership, signed for three years, culminated in tonight’s festivities celebrating the height of football with the Purnell Escape Ballon d’OrTM Unique Piece—created specifically for the Ballon d’Or winners, each timepiece had the name of Lionel Messi and Alexia Putellas engraved on the caseback by artist Juliane Coulet right after the results came in. 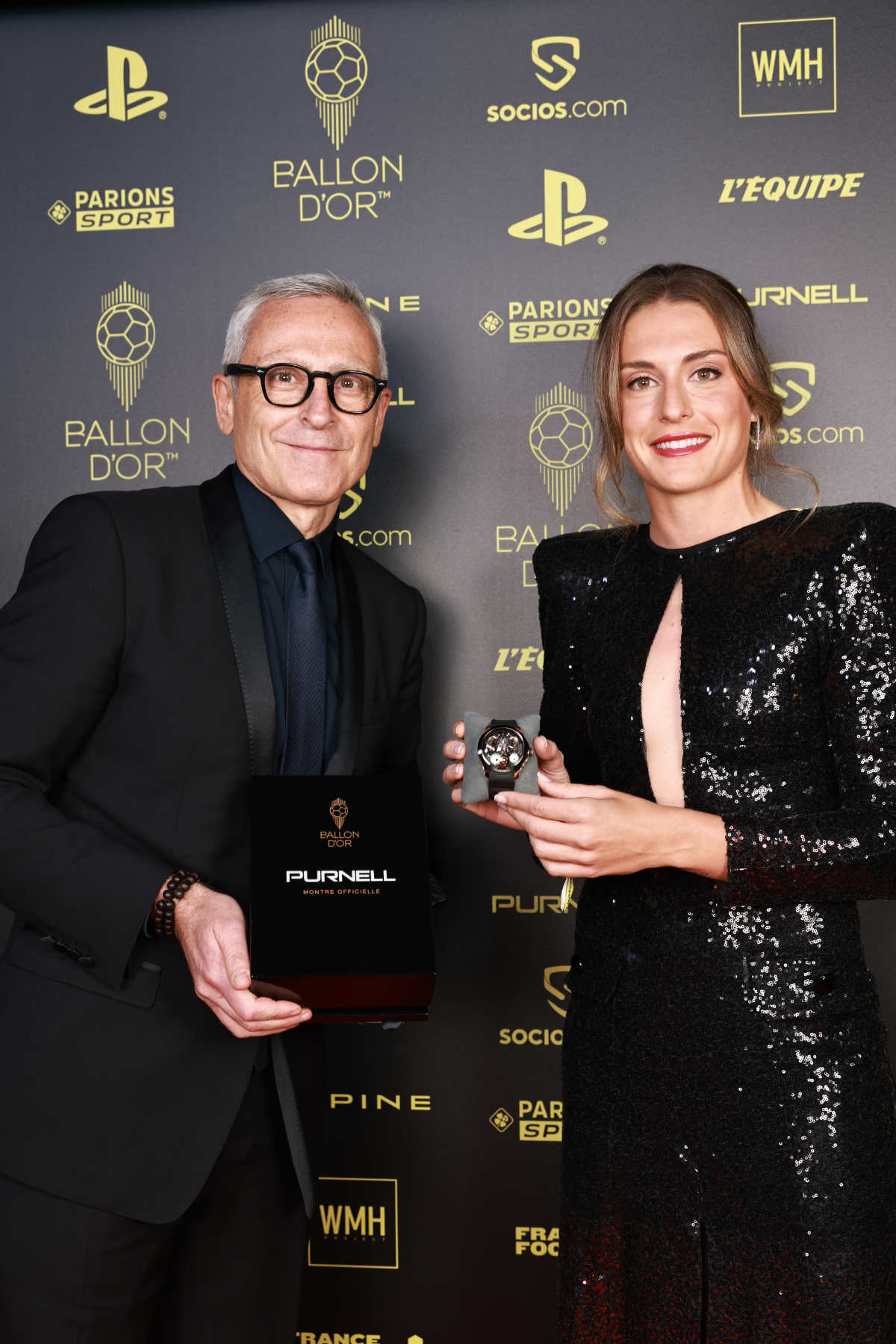 True to its reputation of only presenting extremely sophisticated timepieces, the Swiss Maison entrusted its master-watchmaker Eric Coudray with the task of designing a model in which the passion for football would be instilled into an exceptional watch movement. The man’s creativity gave birth to a complication which both epitomizes Purnell’s reputation with respect to tourbillon watches and embodies the very spirit of the Ballon d’OrTM.

In the heart of an impressive 48mm diameter, 18K rose gold case inspired by the lines of Purnell’s Escape II model, football and fine watchmaking team up, indeed, as the cage of the tourbillon takes on the shape of a ball making a complete rotation in 30 seconds. The watch’s case thus becomes the stadium, the dial a football field and the ball keeps rotating as though it were alive, its endless motion mesmerizing, ultimately reaching its goal: to delight the eye.

The connection with the world of football is also evident in the crown which is surmounted by a hemispherical cabochon which also evokes a ball. Furthering the visual impact created by the sheer presence of this one-of-a-kind tourbillon, the prestigious nature of the Ballon d’OrTM also appears through various signature elements featured in the watch: the football-shaped tourbillon is adorned with a France Football hallmark, while the two barrel covers are each engraved with the following text:

A shining example of Purnell’s philosophy to bring more future than past to watchmaking. 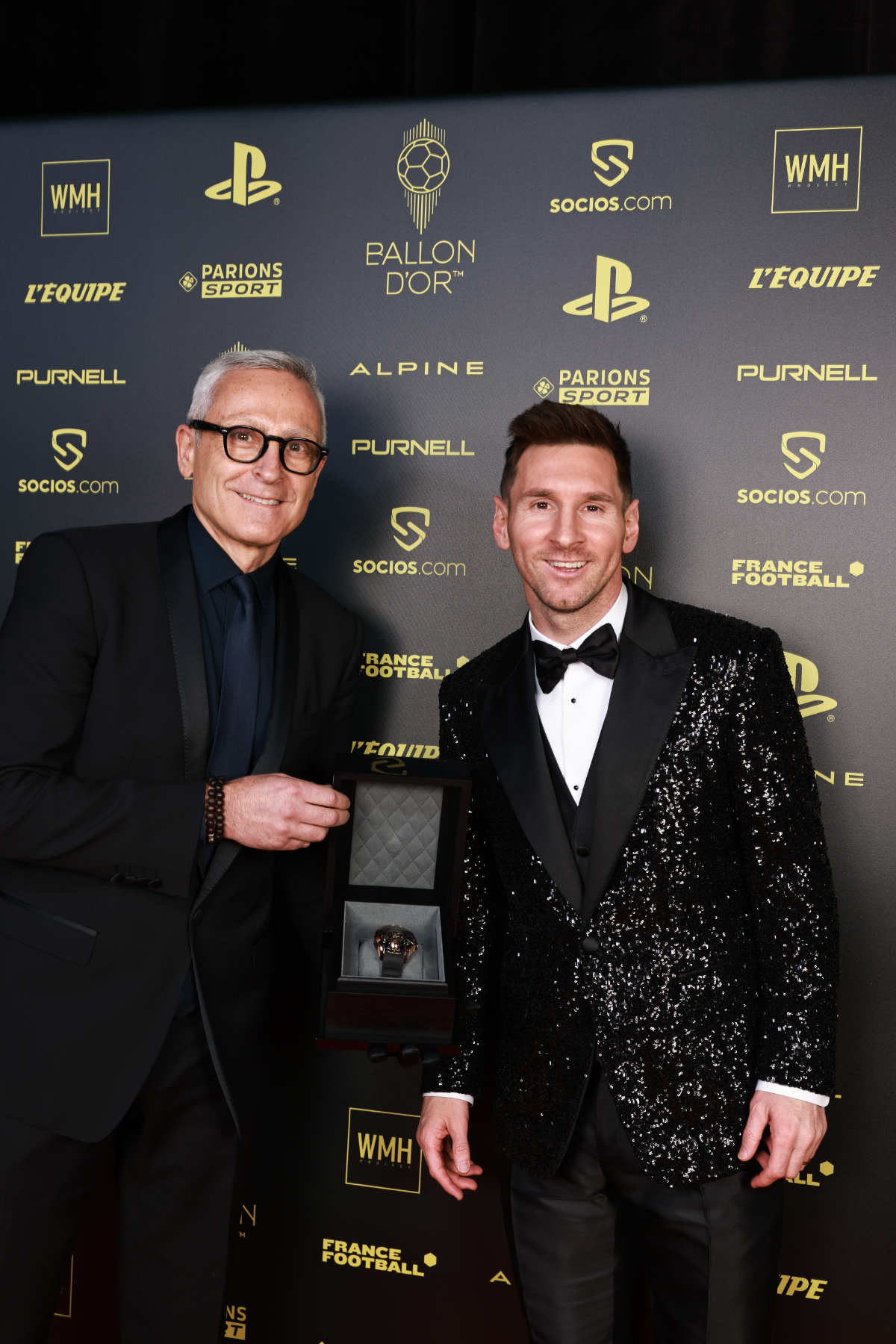 “We are very honored that Lionel Messi and Alexia Putellas, both incredibly deserving athletes, won tonight and pleased to see they each love the unique pieces we created for them,” says Purnell’s CEO, Maurizio Mazzocchi.

“The Ballon d’OrTM is to football what the Academy Awards or the Palme d’Or are to cinema: the ultimate award. Football is the most popular sport in the world and the Ballon d’OrTM its most prestigious distinction. While other brands sponsor clubs and competitions, Purnell, which has a special edge given its extremely high-end positioning – indeed, our models’ average pricing is the highest in the watchmaking industry – could only attach its name to the very best players, the Ballon d’OrTM winners.”

Purnell, or the magic of the Spherion

Established in Geneva since 2020, the maison of Purnell, a newcomer in the sphere of haute horlogerie, is exclusively dedicated to the design and manufacturing of Tourbillon watches, as single pieces or extremely limited editions. Expert in the knowledge of gravitational forces, its master watchmaker Éric Coudray has designed a high-speed triple-axis tourbillon named the Spherion, one of the most beautiful and mesmerizing displays of horology magic one could ever imagine. Though the tourbillon itself was invented in 1801, Purnell has definitely propelled it into the future through the very concept of the Spherion and the avant-garde design of its watches – in complete harmony with the brand’s motto: More future than past.

The Ballon d’Or, a legendary award

Created in 1956 by the French weekly magazine France Football, the Ballon d’OrTM is awarded annually to the best player of the year by a panel of international journalists. Exceptionally, it was not presented in 2020 due to the pandemic. Its universal influence has received unanimous recognition, each year becoming one of the most widely followed and commented events on social media. The Women’s Ballon d’OrTM was created in 2018 to support the increasing popularity of women’s football and highlight the talent of both club and national team players.