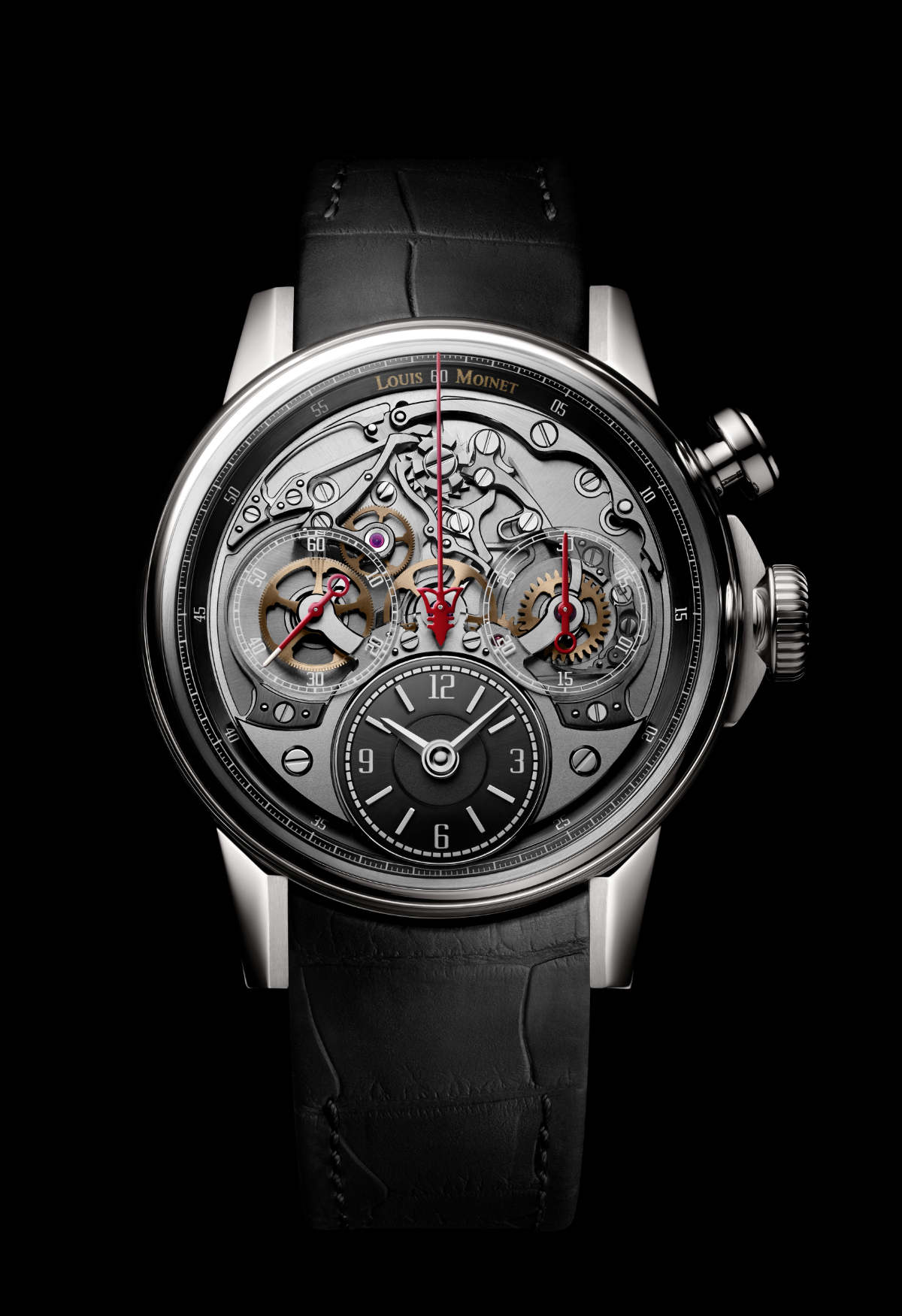 “How could one integrate a mechanism with over 300 components into a 40 mm case, whose mission is to be even more spectacular than its 46 mm predecessor?” - Jean-Marie Schaller. 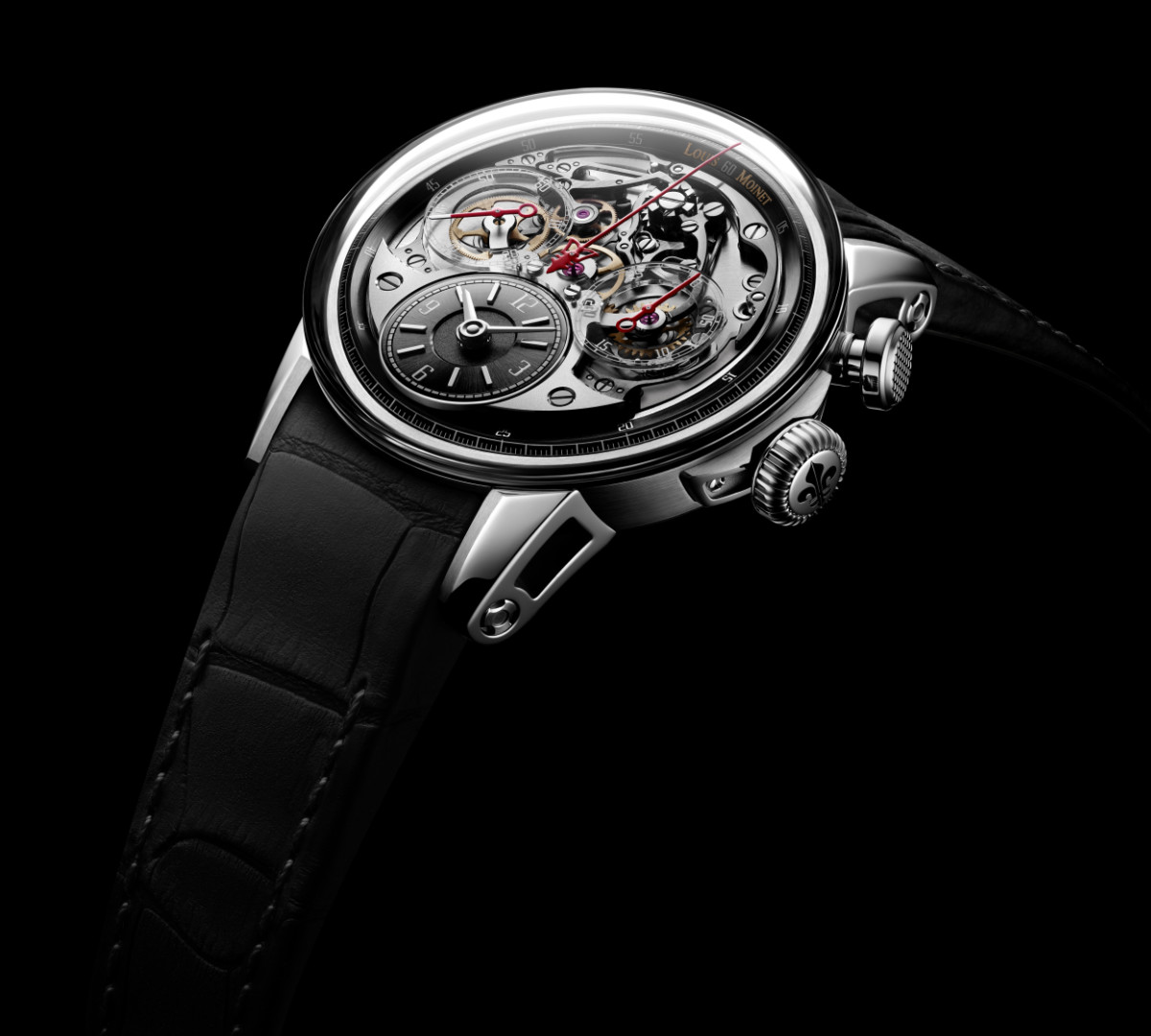 This secret dream remained hidden in the back of our minds for two long years. Whether the efforts of designer Fabrice Gonet of those of case-making artisan Bertrand Crevoisier, nothing seemed to work – until that lightbulb moment! The answer came from an original design, combining a strongly domed crystal with a flange dissociated from the glass notch... Here’s the backstory.

MEMORIS SPIRIT stems from the interaction of numerous factors: ergonomics, the quest for beauty, the assurance of wearer comfort and functionality. 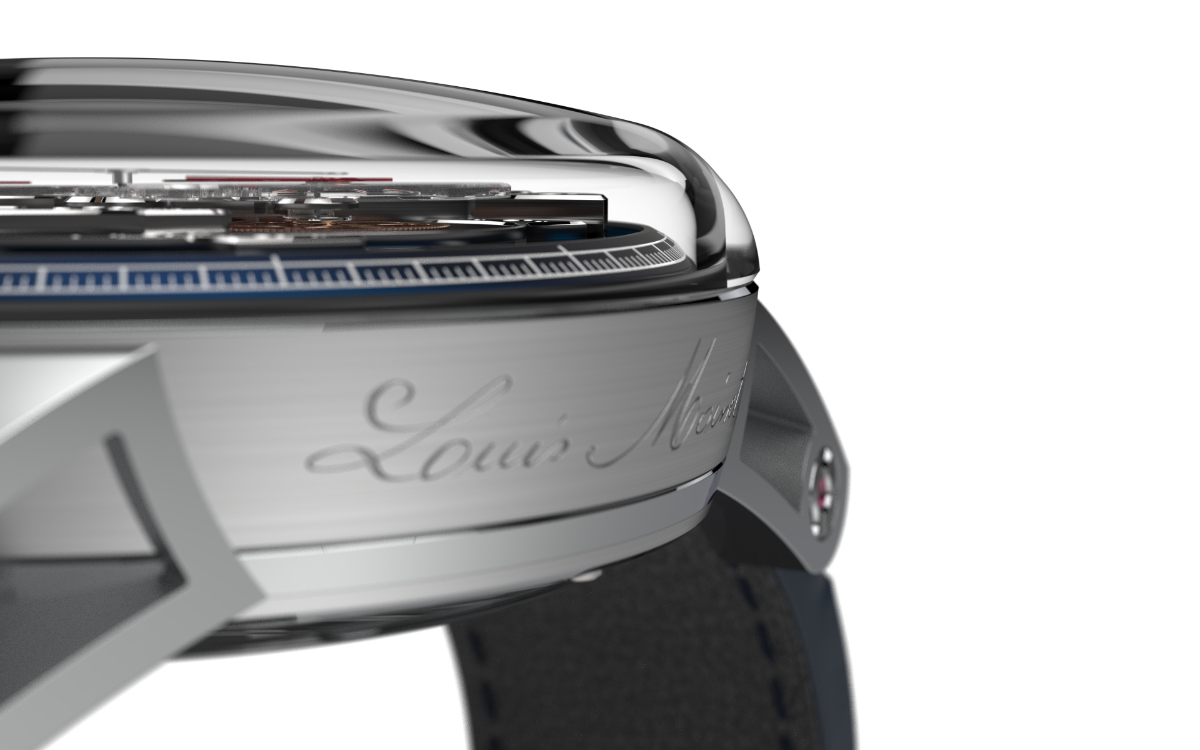 The evolution of the Memoris aesthetic concept has of course favoured the definition of an attractive formal appearance, but it is above all based on the use of stylistic elements that reflect the value of the technical solutions adopted. The creation of a double-reading flange, skilfully integrated beneath a curved crystal, is particularly noteworthy. It reveals the power of the chronograph mechanism in a new light. 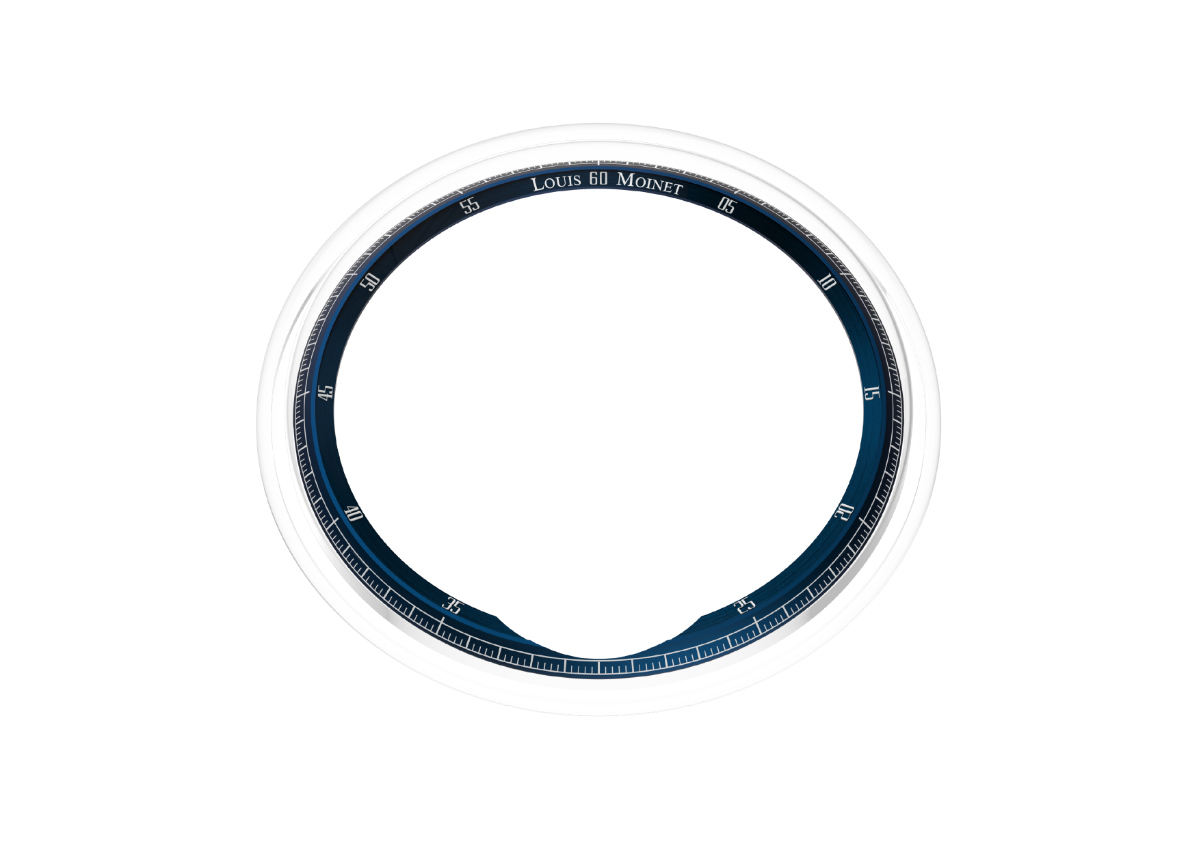 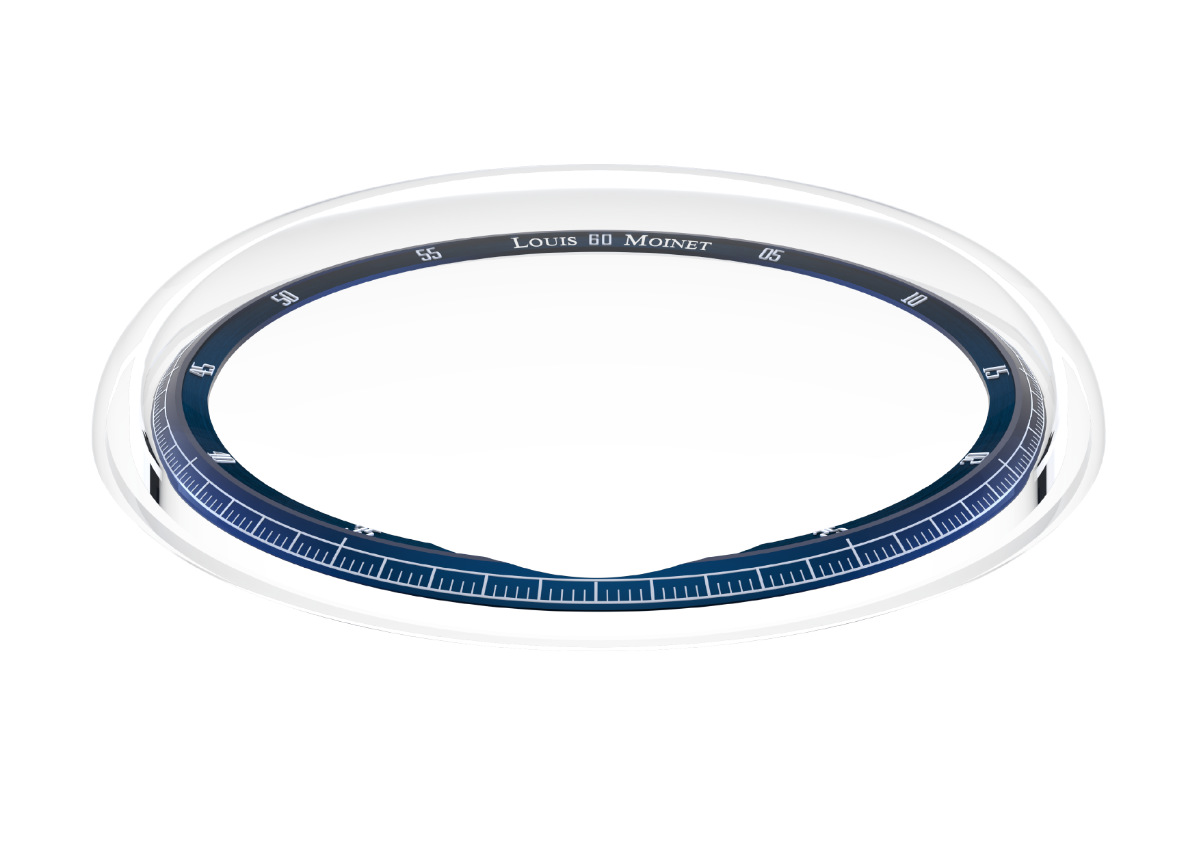 The magic lies in the fact that even though the case is smaller, its construction enables enhanced visual appreciation of the mechanism! 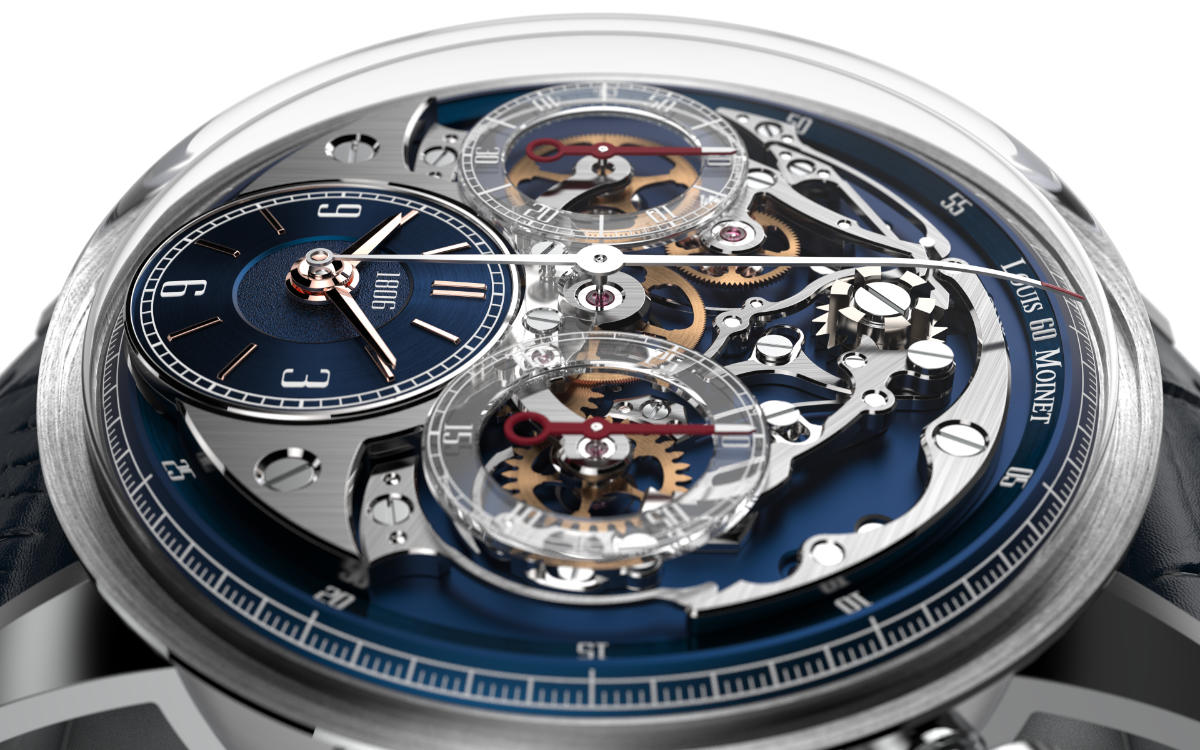 MEMORIS SPIRIT propels us into the select circles of modern, uncompromising watchmaking. Heir to an ancestral know-how, it combines this expertise with an incisive stylistic vocabulary.
The care devoted to the aerodynamic treatment of the MEMORIS SPIRIT lines began with the integration of a new, more fluid crown support. The sides feature an updated look notably including openworked lugs featuring a subtly satin-brushed curve on top that accentuates the smooth integration of the strap. 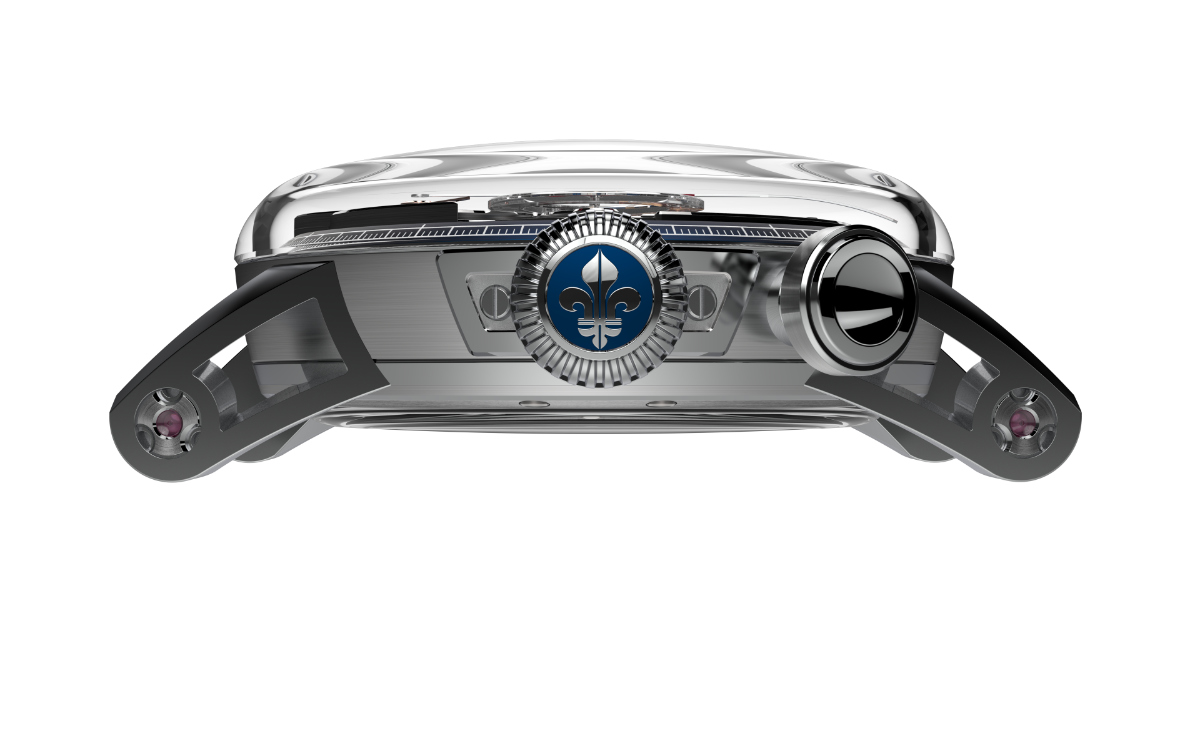 The magical touch of the light playing across the finishes accentuates an assertive character and present a fusional whole composed of a powerful mechanism whose functions are magnified by a highly original exterior.

The convex two-part dial with its legible markings features a sunburst chronograph plate lighting up the chronograph mechanism, while the glareproofed sapphire crystals are domed on either side so to as to slim down the silhouette and guarantee optimal ergonomics. 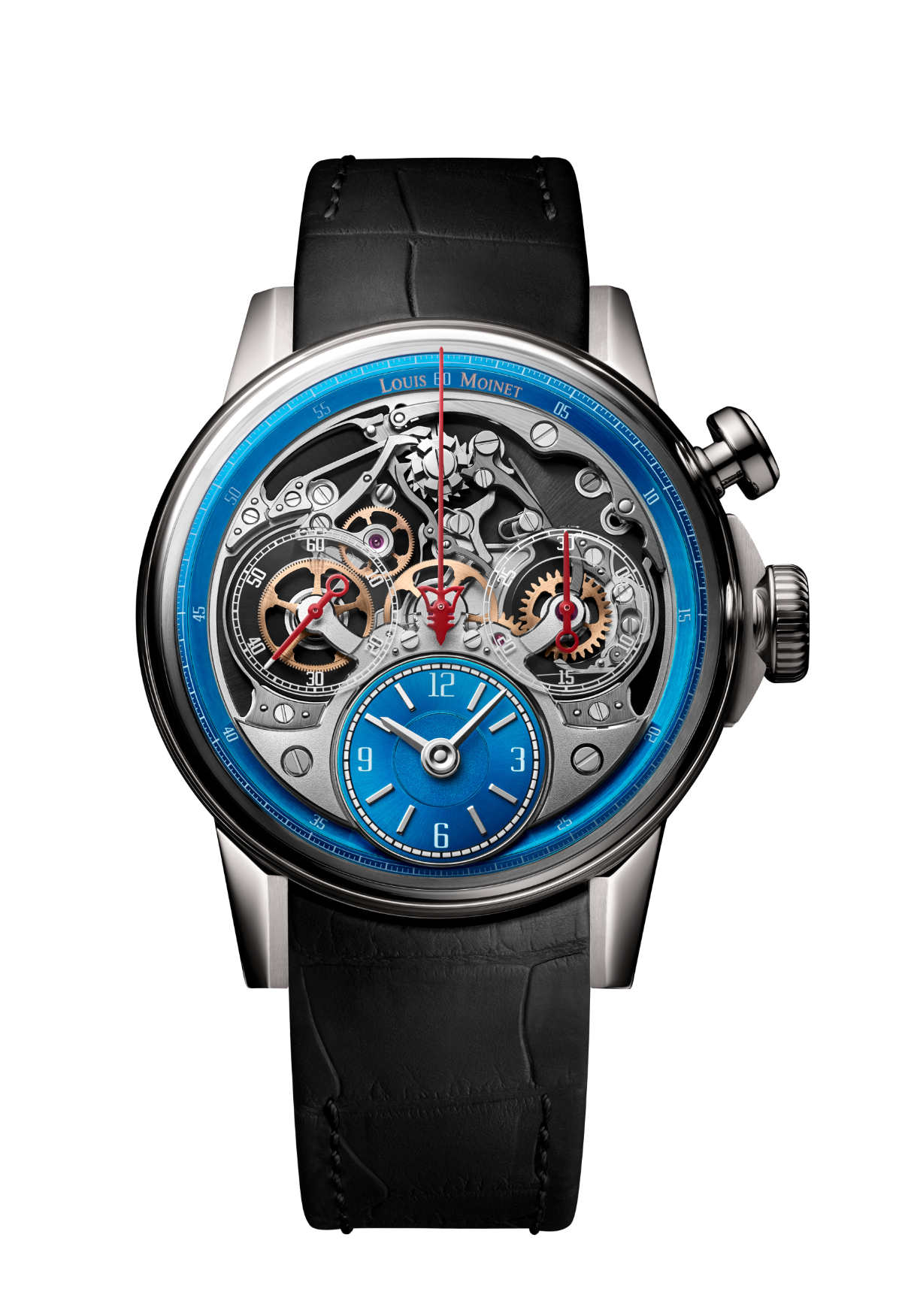 The case is made of grade 5 titanium, which is extremely light on the wrist (only 18 grams). The strap is specially designed to be integrated into the case and to promote maximum comfort. The slender appearance is underlined by aerodynamic counters emerging from the mechanism. 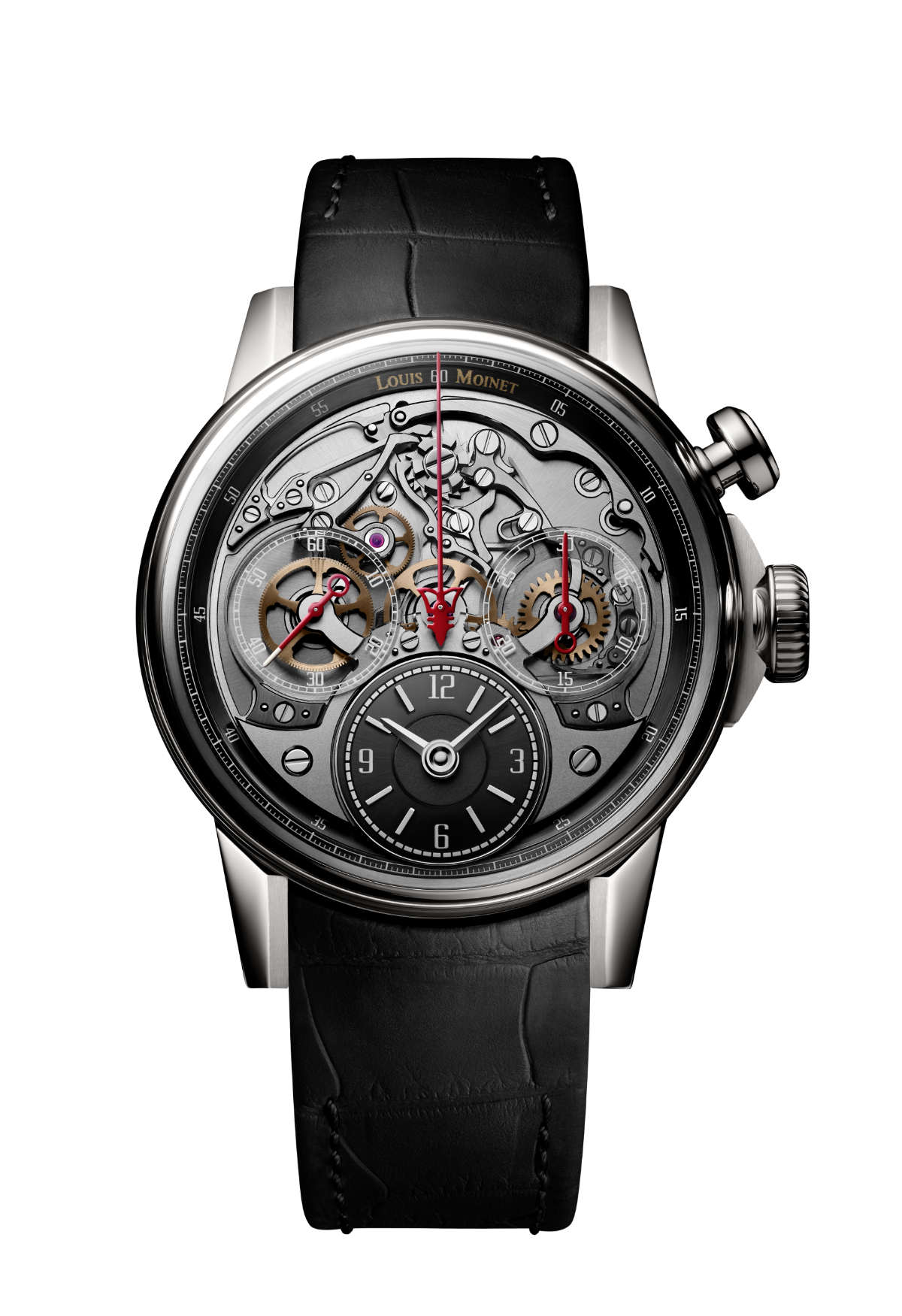 Inventor of the chronograph – true to its cultural heritage

MEMORIS SPIRIT expresses the potential that a watch mechanism is capable of deploying without compromising elegance. The splendid magic of the chronograph is fully visible on the dial side and this major creation has now become iconic. 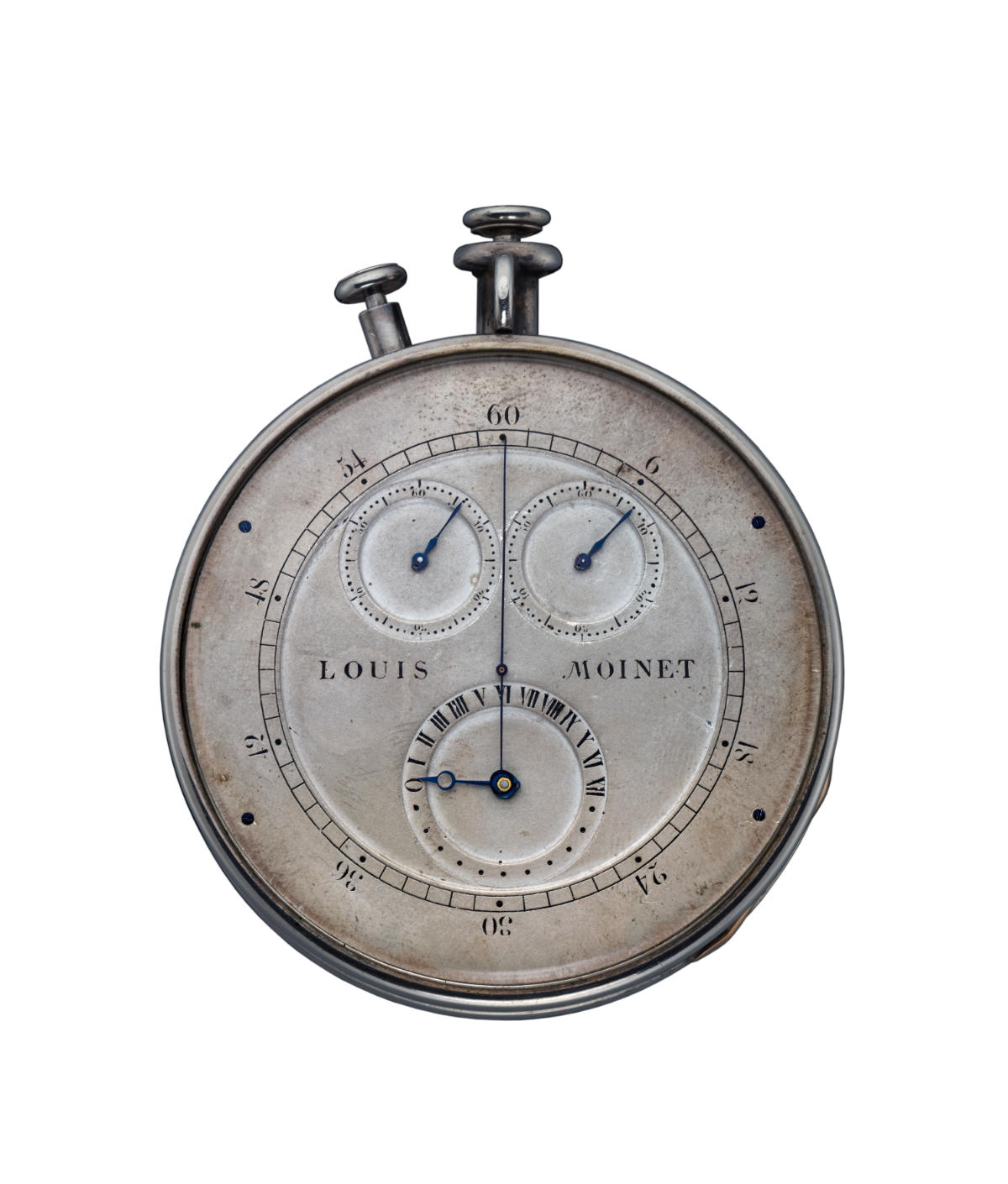 Entirely in keeping with the Louis Moinet tradition, the new stylistic orientation is defined by its meticulous design. The design of this quintessentially contemporary chronograph is inspired by the world's first chronograph produced by Louis Moinet in 1816, inventor of the chronograph and of high frequency (Guinness World Records™).

The chronograph – a powerful mechanism

Of all horological complications, the chronograph is doubtless the most useful in the modern world. It also offers the most interaction with its wearer. MEMORIS SPIRIT considerably increases this pleasure, as it is 100% visual. One gentle push on the single pusher and a unique choreography unfolds before your eyes. The different elements – levers, clutch, hammers, column wheel, springs and wheels – are set into motion and interact with the ultimate goal of activating the chronograph and measuring time. 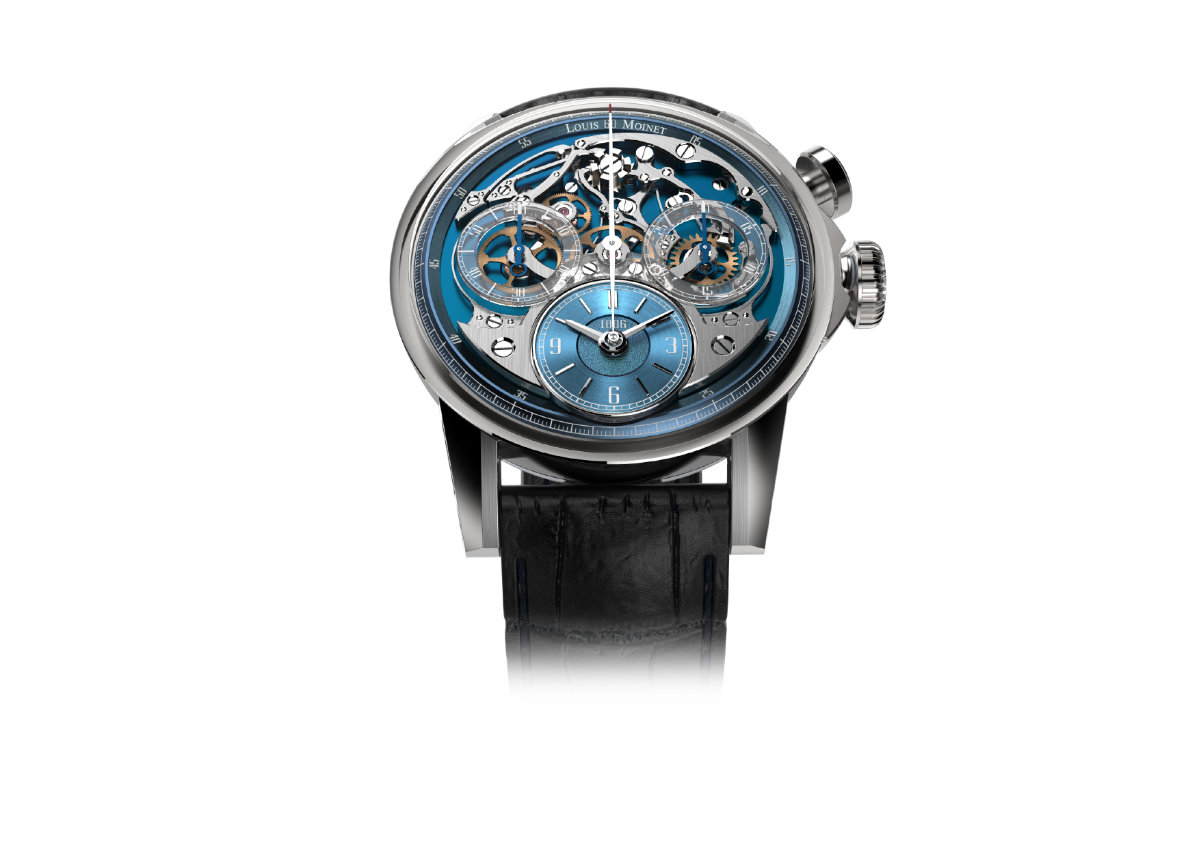 MEMORIS SPIRIT enriches the Memoris family by offering a sophisticated product to a new clientele. This creation is important for both men and women who are looking for an iconic product that is also inherently elegant. 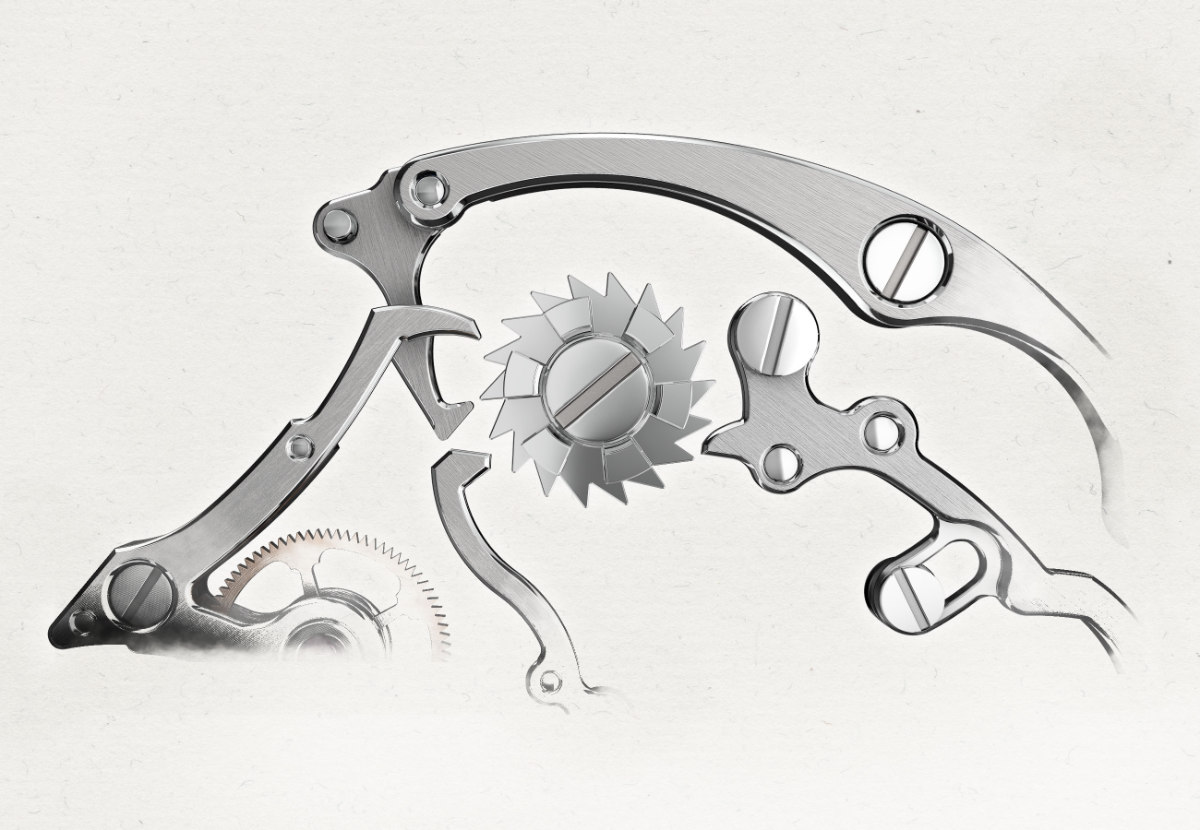 The column wheel orchestrates the different functions of MEMORIS SPIRIT 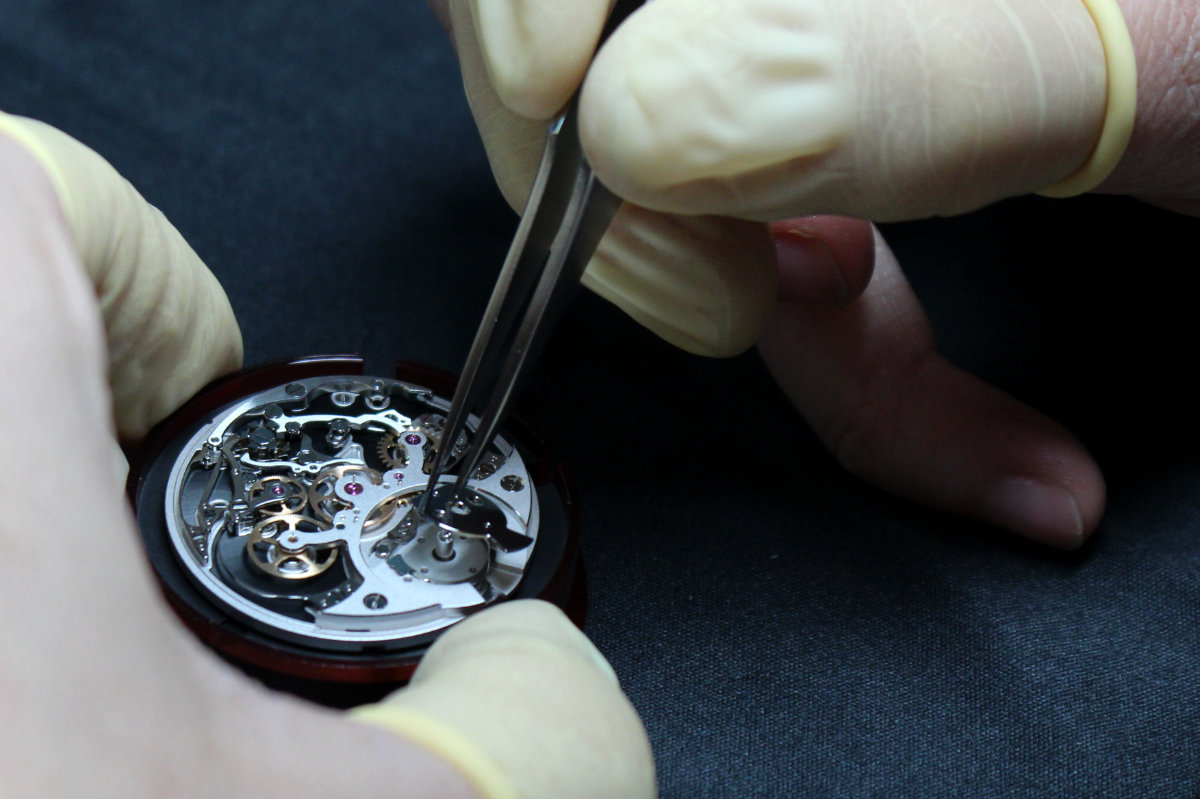 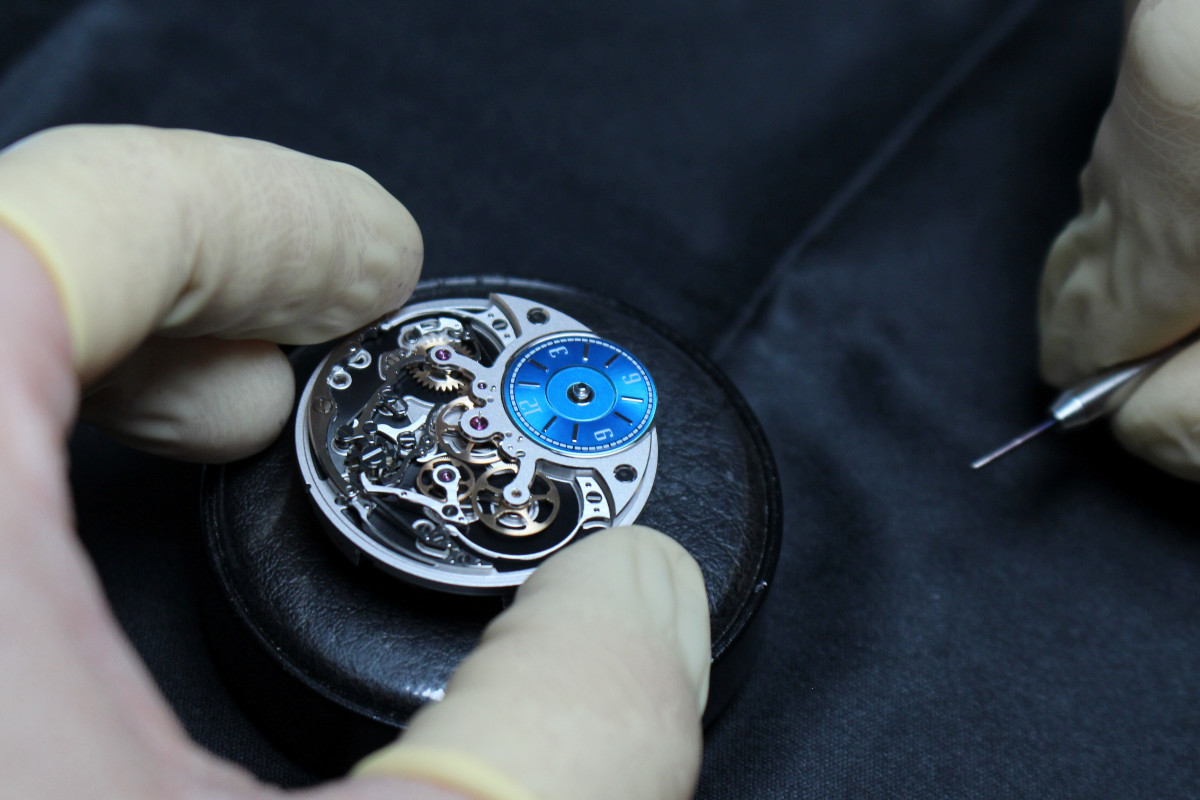 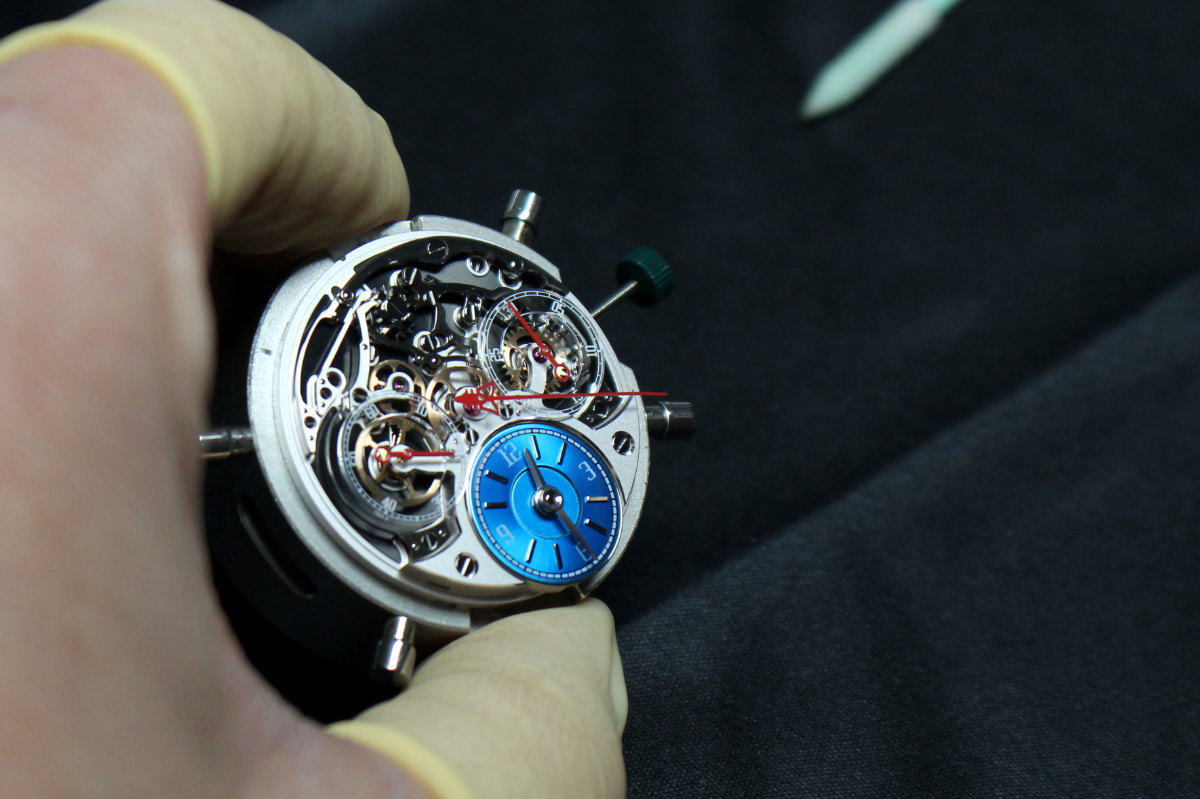 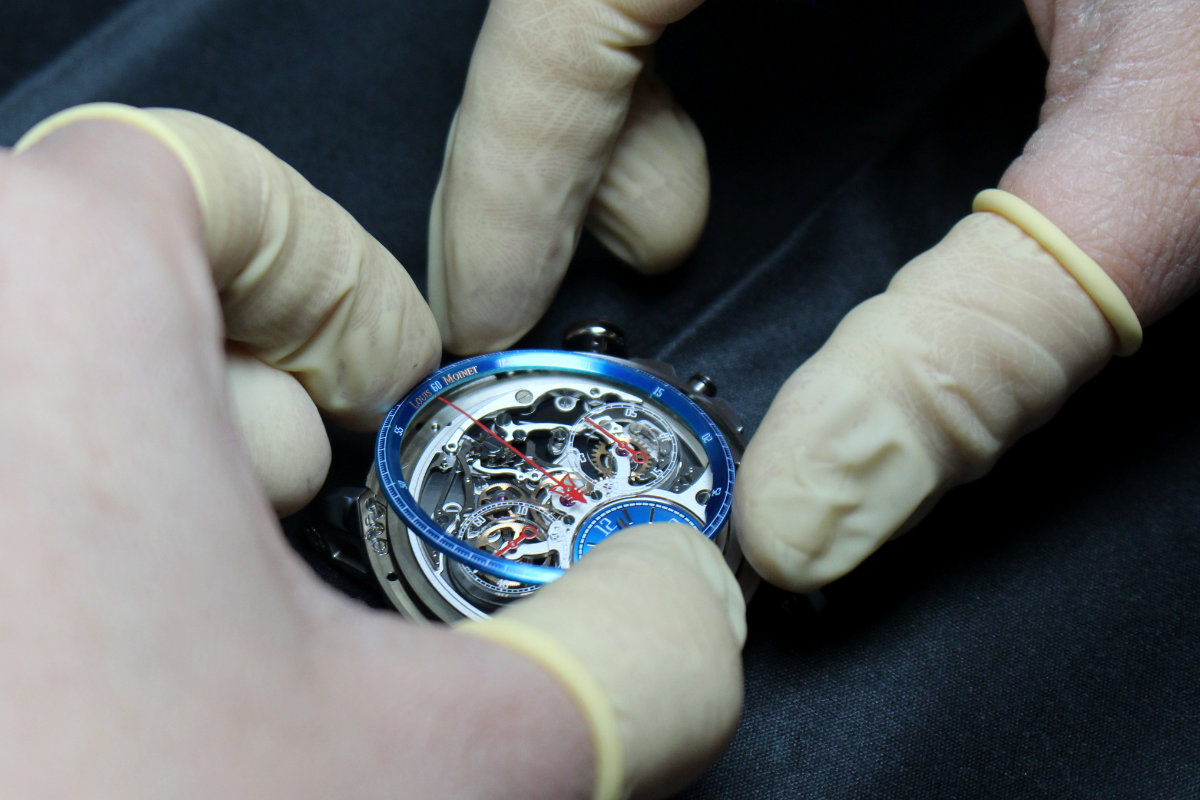 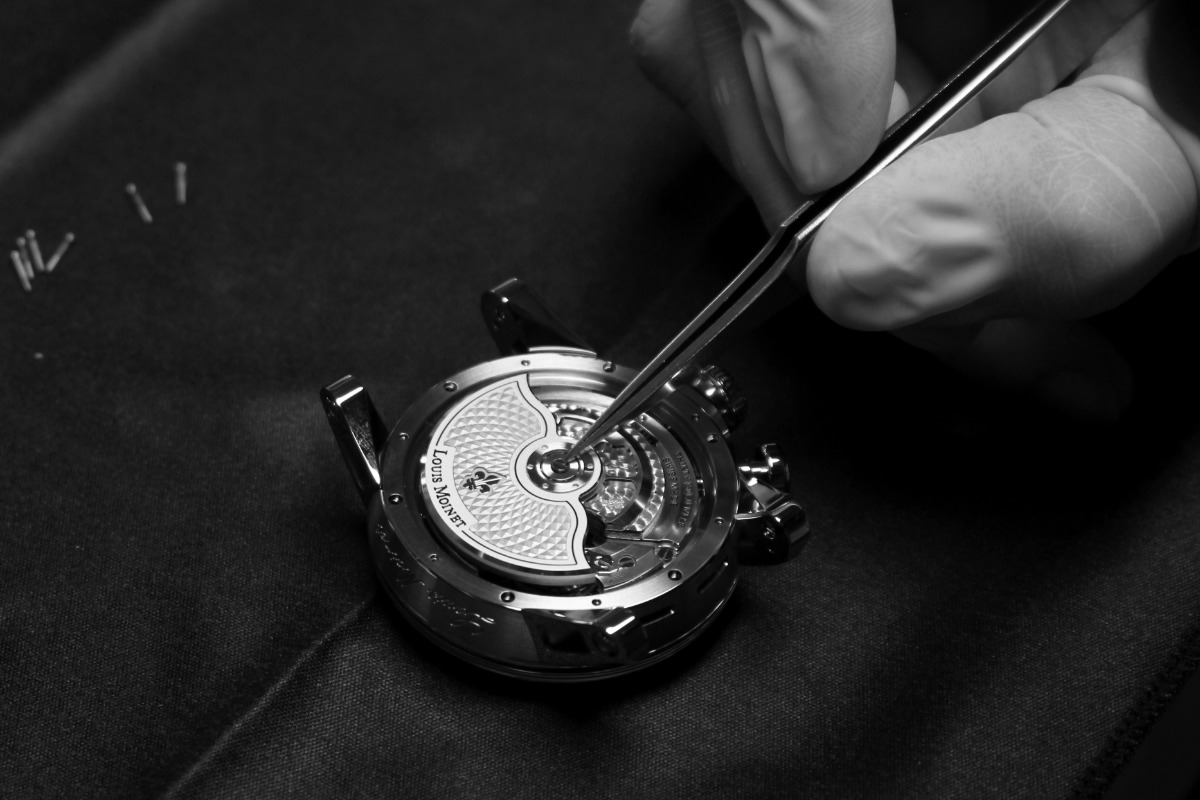 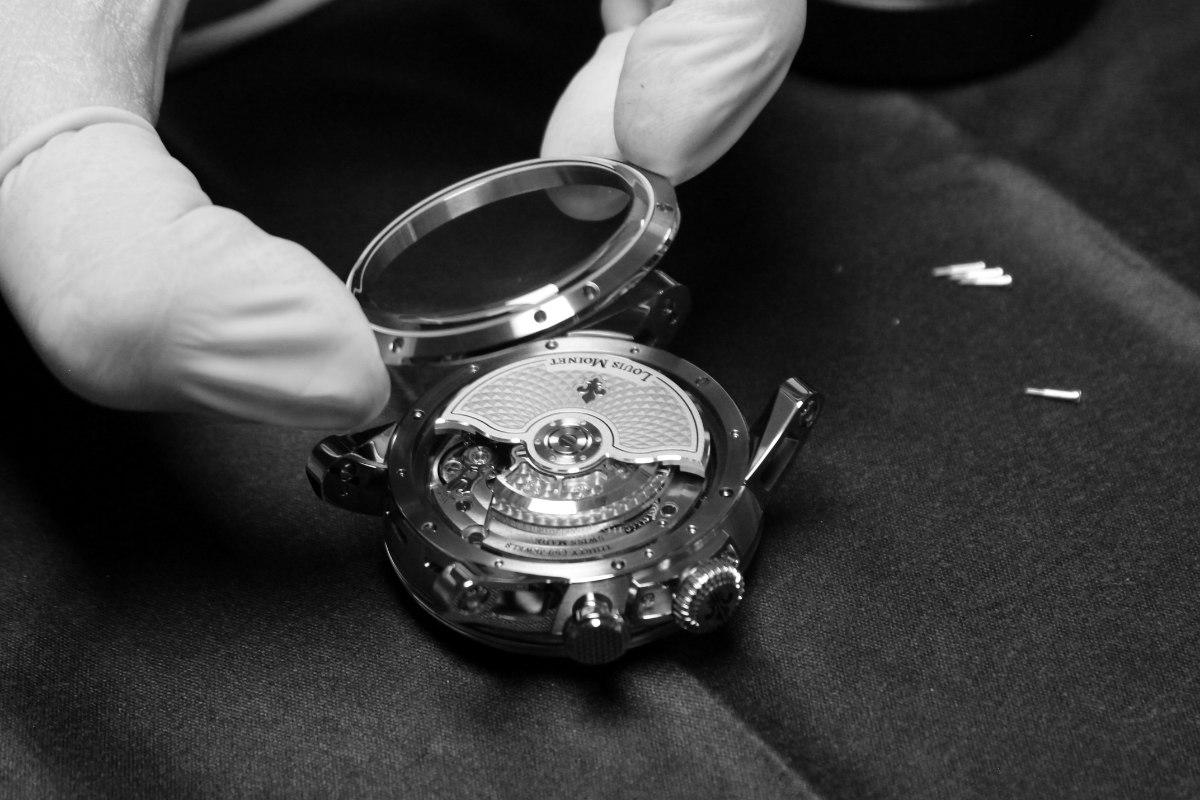 Jean-Marie Schaller created Les Ateliers Louis Moinet in St-Blaise (NE) in 2004. The fully independent firm was established to honour the memory of Louis Moinet (1768-1853): master watchmaker, inventor of the chronograph and high frequency (216,000 vibrations per hour) (certified by two Guinness World Records™). Louis Moinet was a watchmaker, artist and astronomer. He is the author of the Traité d’Horlogerie, a watchmaking treatise published in 1848 that remained a definitive work of reference for a century.

Today, Ateliers Louis Moinet is perpetuating this legacy. The firm’s mechanical timepieces are produced as one-of-a-kind models or limited editions only and comprise two categories: “Cosmic Art” and “Mechanical Wonders”. Louis Moinet creations often make use of unusual and rare components, such as extraterrestrial meteorites or prehistorical materials. The brand’s core values are creativity, exclusivity, art and design. This uniquely creative mechanical approach combined with bespoke fine watchmaking has enabled Louis Moinet to win some of the most coveted honours around the world, including a UNESCO Award of Merit, six Red Dot Design Awards (including one Best of the Best Award), a Horological Creativity Contribution Award, gold and bronze medals in the International Chronometry Competition, ten Good Design Awards, five Middle East Watch of the Year Awards, two Robb Report “Best of the Best” Awards, three German Design Awards, a Moscow Grand Prix Award, and a “Chronograph of the year” distinction from Begin Magazine, Japan.