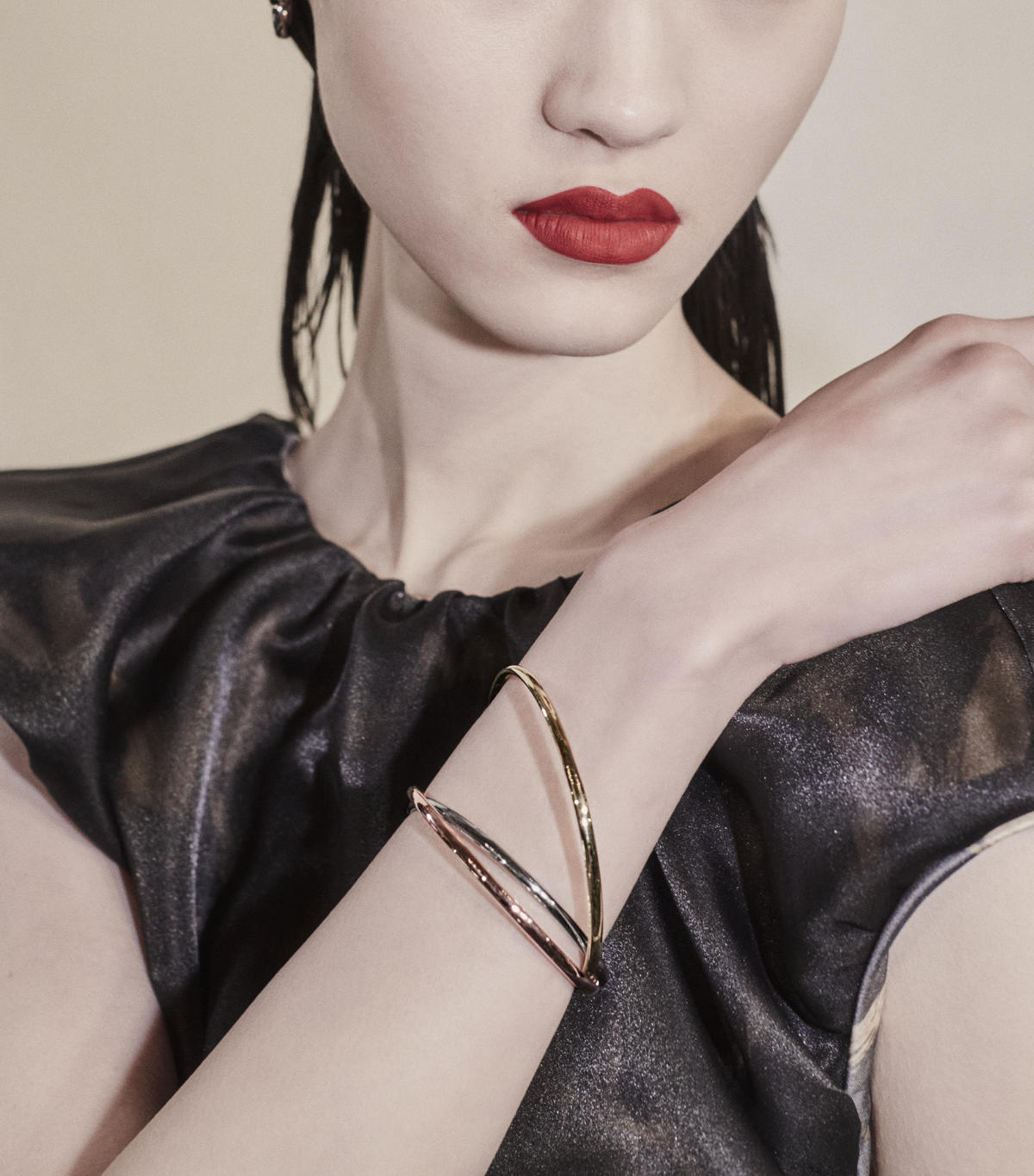 TRINITY FOR CHITOSE ABE of sacai is first and foremost an encounter between the designer and founder of sacai, Chitose Abe and the Maison's creative studios. The Cartier designers took the simplicity and mobility of the Trinity ring as the basis for deconstructing and reinventing it to achieve a new balance. They have explored the creative potential of this ring through six modular pieces, whose transformations completely reinvent the wearer’s style without ever compromising on elegance.

Two rings, a bracelet, a choker, an earring and a versatile piece that is both an earring and a ring: Trinity surprises every time. The famous chromatic trilogy of the white, yellow and rose gold rings is truly present. What changes is the shape and distortion of the rings: their position on the skin and their function. 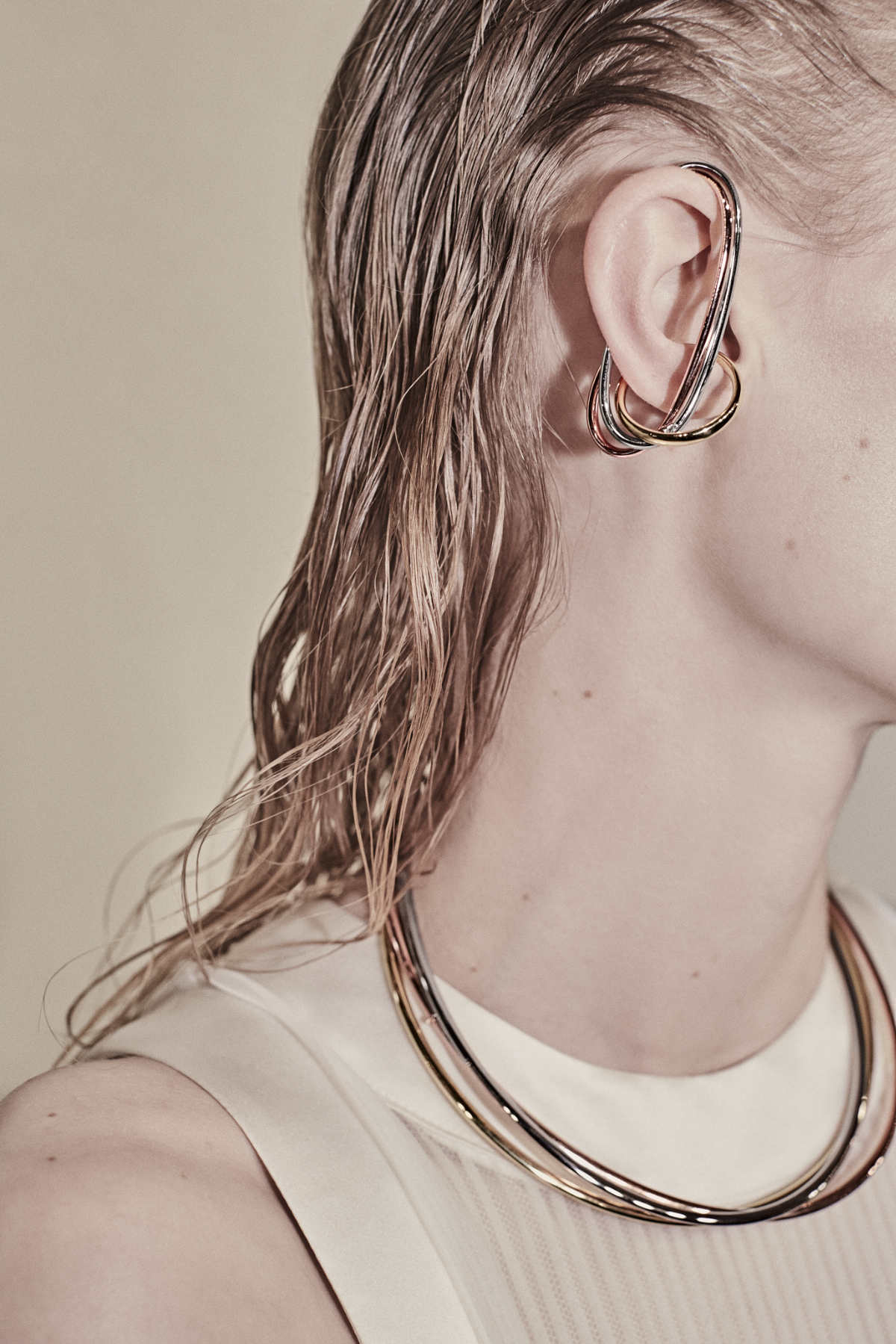 Everything came together in Japan in June 2019 when Cyrille Vigneron, the President and CEO of Cartier, and Chitose Abe, designer and founder of sacai, who have been close for several years, embarked on a creative exploration dedicated to the Trinity collection. A year later, these exchanges led them to reveal six designs that best reflected their common vision. 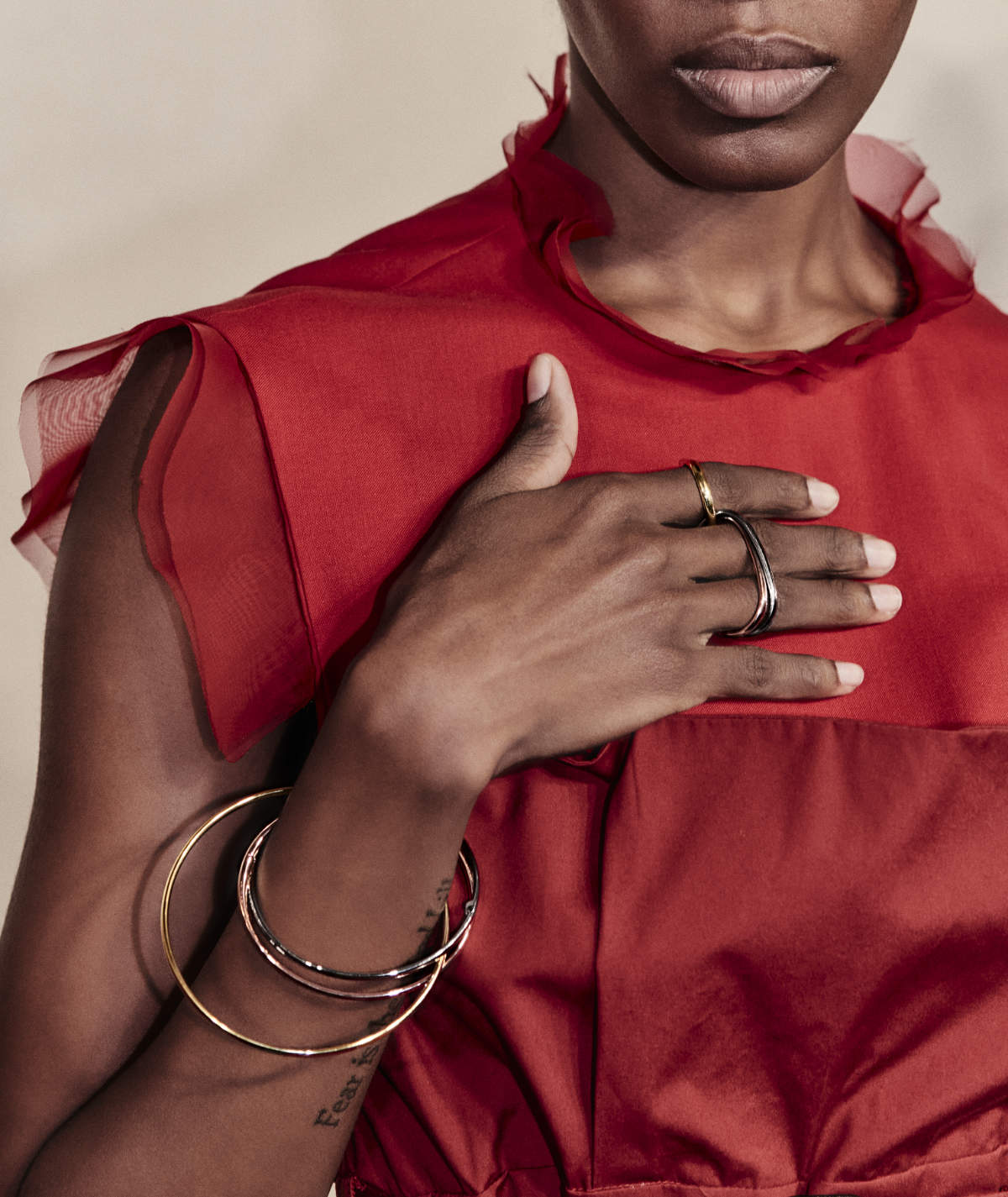 First seen at the H tel de Ville in Paris during the sacai Autumn-Winter 2022/2023 fashion show, which was inspired by Cartier red, this exclusive, limited-edition collection will be released initially in Japan in Summer, then in Paris, London, New York and Seoul in Autumn 2022. 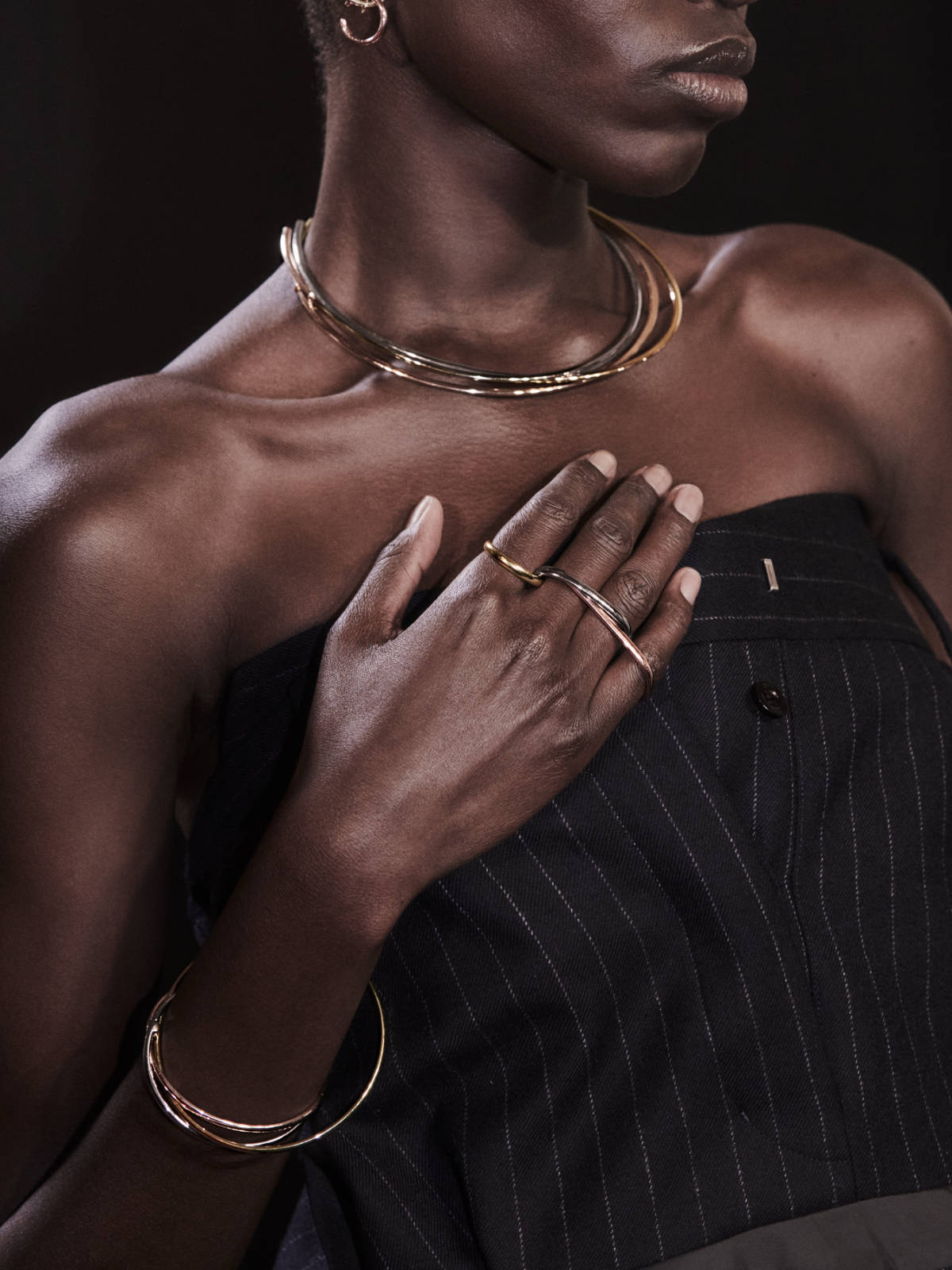 QUOTE FROM PIERRE RAINERO, Director of Image, Style and Heritage

"In 1924, when the Trinity was created, it was very daring for a jewellery Maison such as Cartier to offer its customers such a simple and intimate object - without precious stones. Since its creation, this three-band ring has been worn by all generations of women and men alike. With this new collection, it continues its journey as a truly all-inclusive piece of jewellery."