While the House of Breguet is primarily known for its major influence on watchmaking and its iconic timepiece collections, the name Breguet is also associated with the world of aviation. Louis Charles Breguet, great great grandson of Abraham Louis Breguet, was one of the great pioneers in the field while the House of Breguet made a name for itself with the Type XX aviation chronographs. Today, Breguet adds to its remarkable collection with a new, decidedly sporty and modern model, the Type XXI 3815 chronograph.

This limited edition version marks a new chapter in the history of this iconic aviation chronograph. This year, the Type XXI 3815 chronograph becomes the contemporary counterpart to the previous vintage style edition, the Type XXI 3817, which was unveiled in 2016. Th e new model features a 42 millimeter case made of titanium, a metal known for its anti corrosive properties and lightness on the wrist With its finely fluted caseband that makes it easy to grip, this new timepiece is sporty in style, and functions, reinfor ced by a water resistance to 100 meters, a screw down crown, and a finish that alternates polished and satin finished surfaces. The bidirectional bezel, also made of titanium, is fitted with a contrasting black lacquered 60 minute scale, enhancing the cont emporary look of this edition. 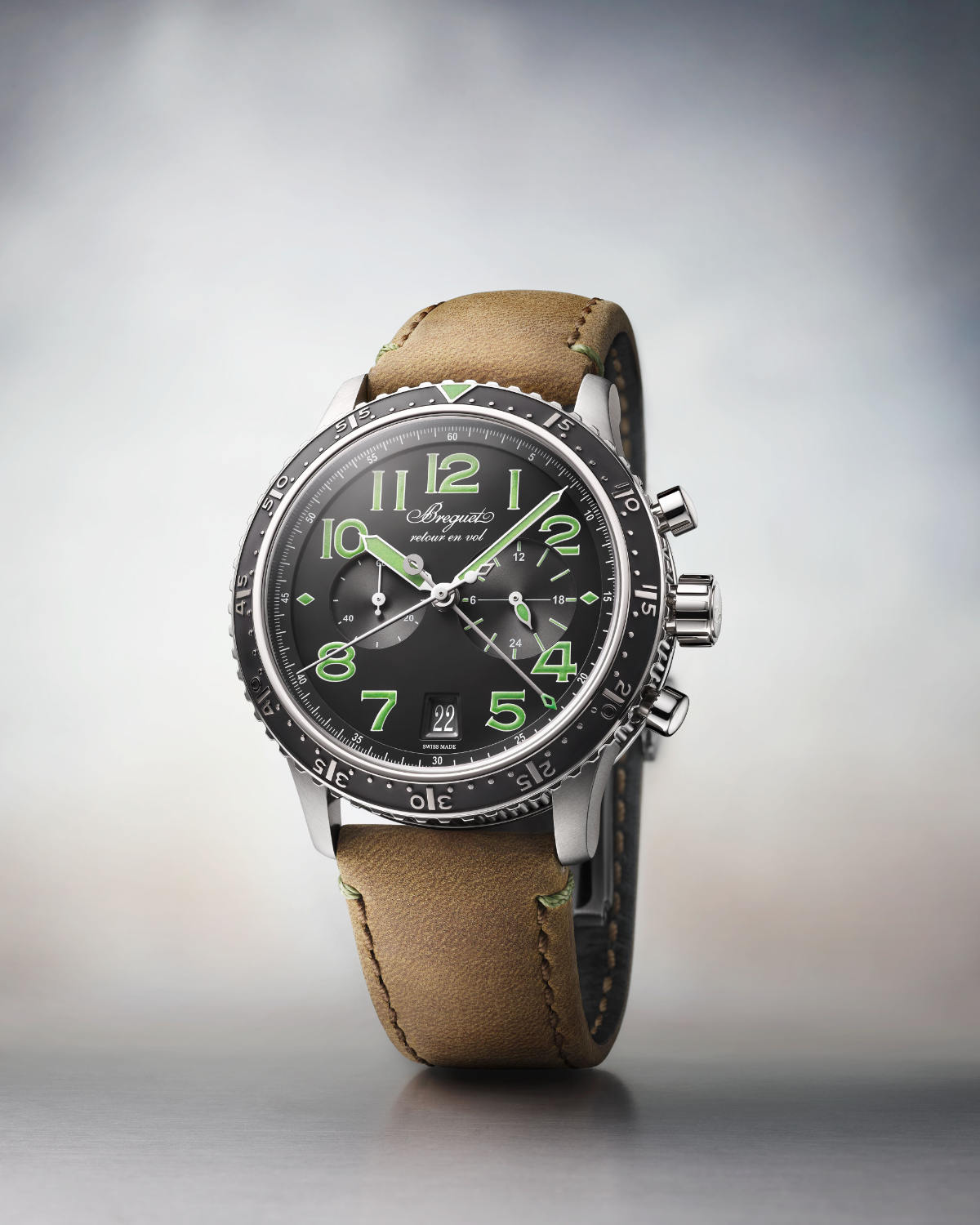 But the changes do not stop there: the Type XXI 3815 chronograph has a deep black dial with a sunburst finish, whose modern character and sporty spirit are accentuated by the use of vivid colors. Available with green or oran ge numerals, markers and hands, all luminescent, this new dial also features a display with only two counters, with a 24 hour indicator and small seconds, placed at 3 and 9 o’clock, respectively. The minutes totalis er of the chronograph is positioned in th e center, as is th e seconds totalis er. A new precision minute track and a date at 6 o’clock complete this contemporary display.

An essential element of this collection, the mechanical self winding movement, comes equ ipped with a flyback function, incorpo rat ing the latest technologies implemented by the House of Breguet, such as the silicon escapement and balance spring. The sapphire crystal caseback reveals the movement in all its details, as well as a gold rotor with a specific finish for this edition.

Featuring a calfskin leather strap with stitching that echoes the color of the markers and hands on the dial, rounded off with a new triple folding buckle for comfort and security on the wrist, the Type XXI 3815 chronograph is produced in a limited editio n of 250 pieces per color. A new milestone in the history of this legendary watch, which takes on a more contemporary and decidedly sporty look. 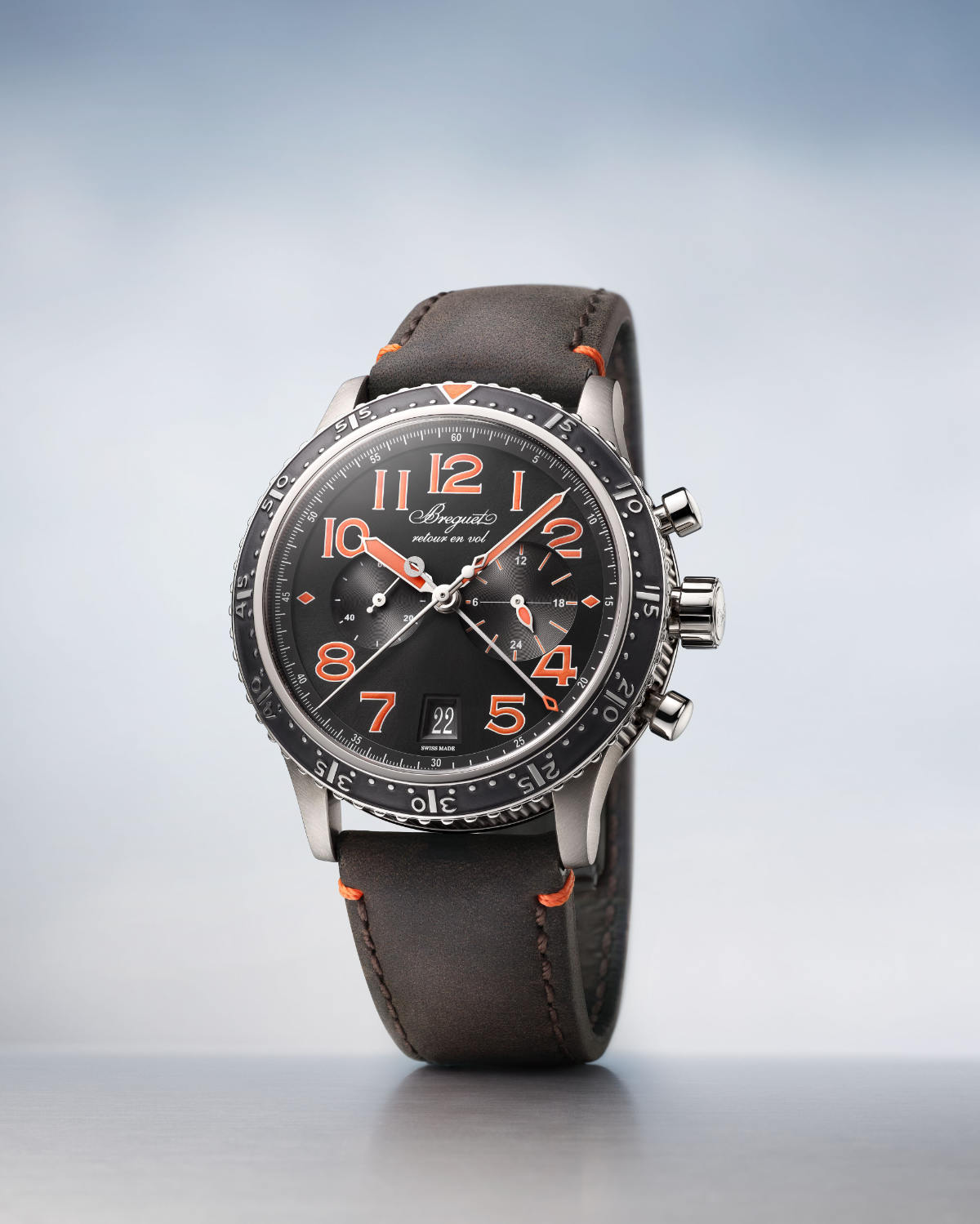 Drawing on the innovative spirit of his ancestor, Louis Charles Breguet (1880 1955) became one of the pioneers of French aviation, by not only designing many innovative aircrafts he developed the gyroplane, the forerunner of the helicopter but also a number of biplanes, seaplanes, fighter jets, and civilian transport aircraft, thus be coming a major figure in the world of aviation. With a keen interest in taking to the air, Breguet soon became interested in watches for aviation. From 1918 onwards, the House of Breguet provided several timepieces for the American Air Force, and in 1922 f or Breguet Aviation. As early as 1935, the watchmaking company designed its first wrist worn chronographs. Some twenty years later, Breguet wrote the most important chapter in the history of aviation watchmaking. Responding to an order from the French Arme d Forces, Breguet launched the production of a legendary watch, the Type XX chronograph, which would be used by the French Air Force and Naval Aviation until the early 1980s. 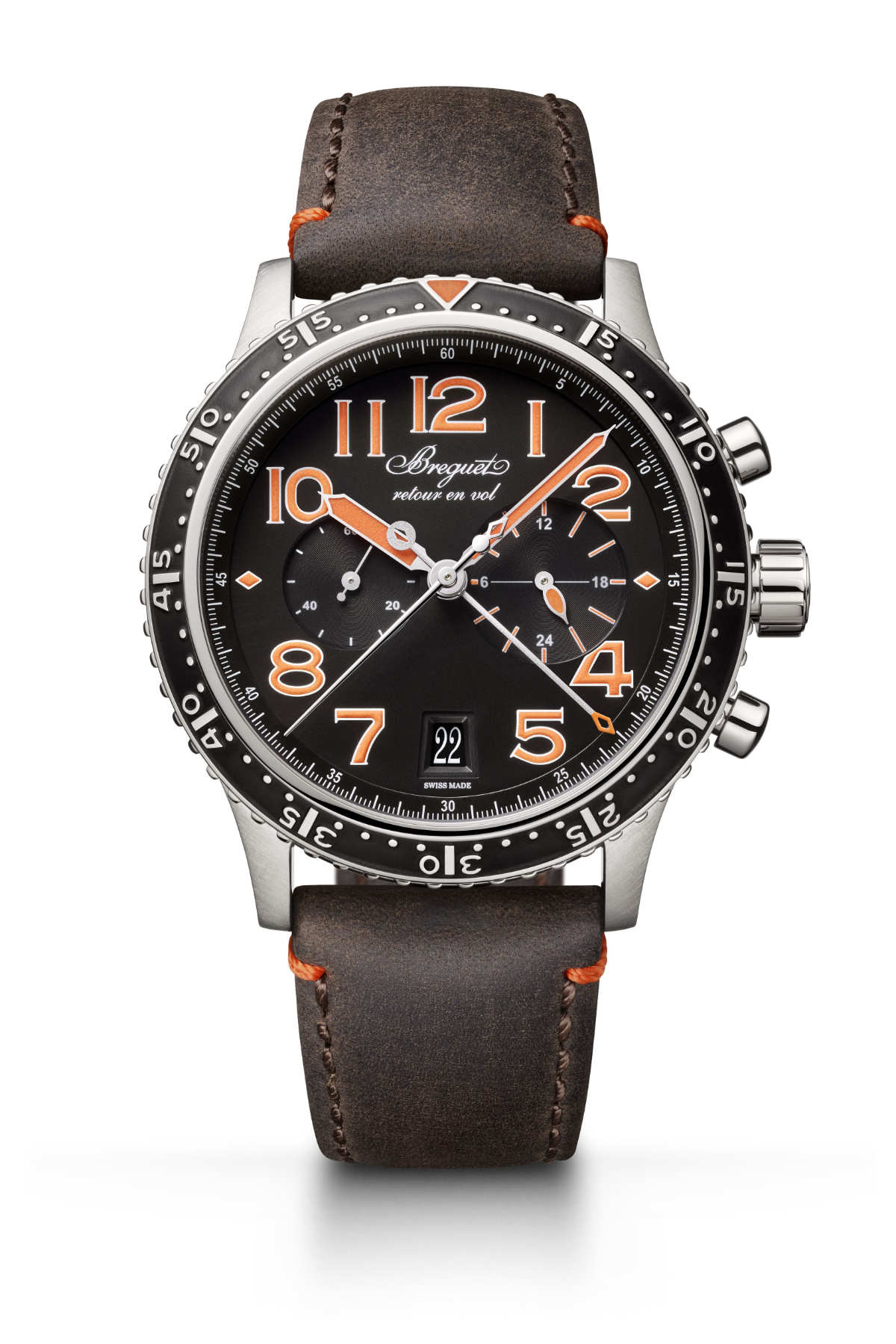 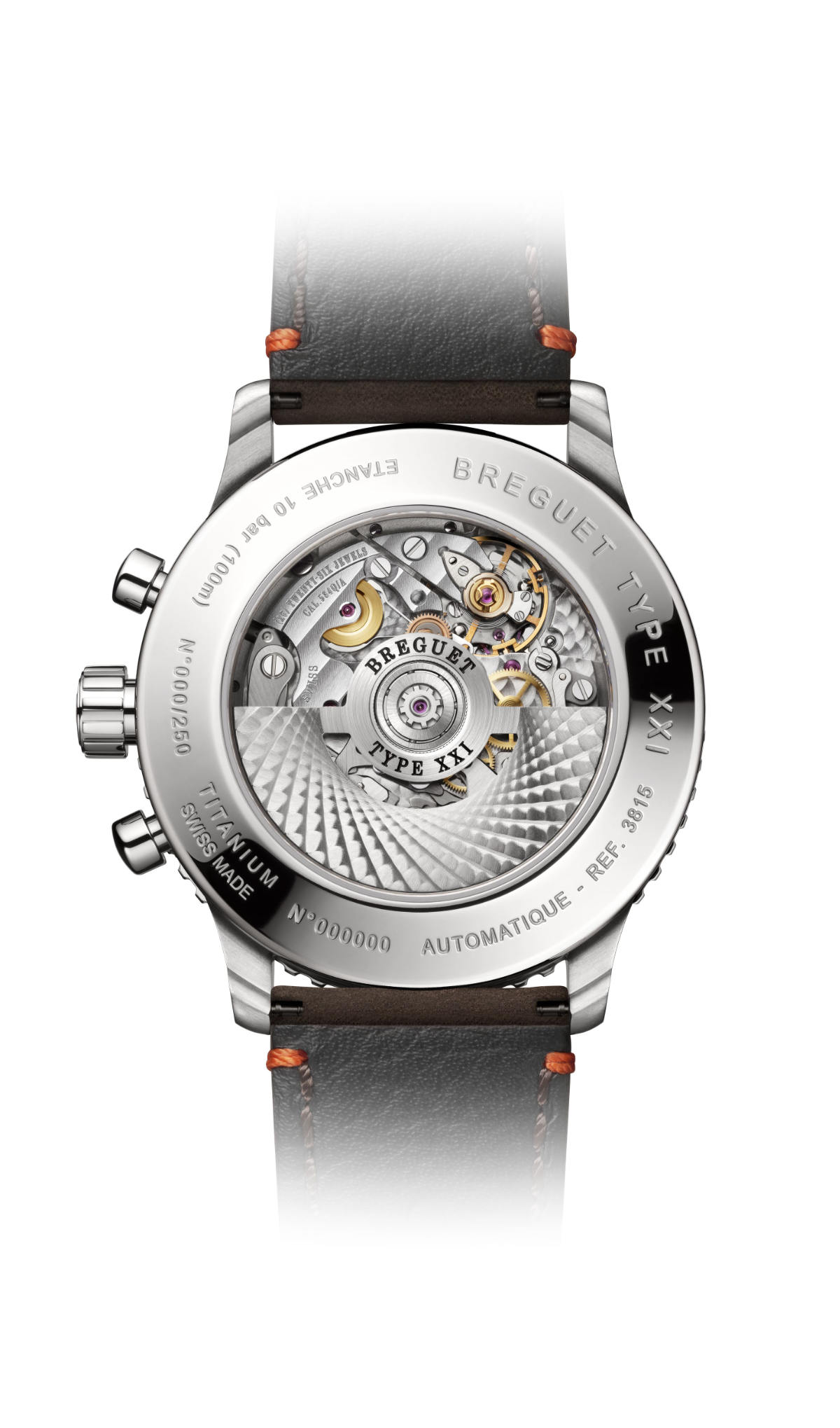