A celebration of the preciousness of the everyday, an expression of the style of life, a piece of now. Realness. The Prada Resort 2020 campaign celebrates the beauty of living, of reality, of today. 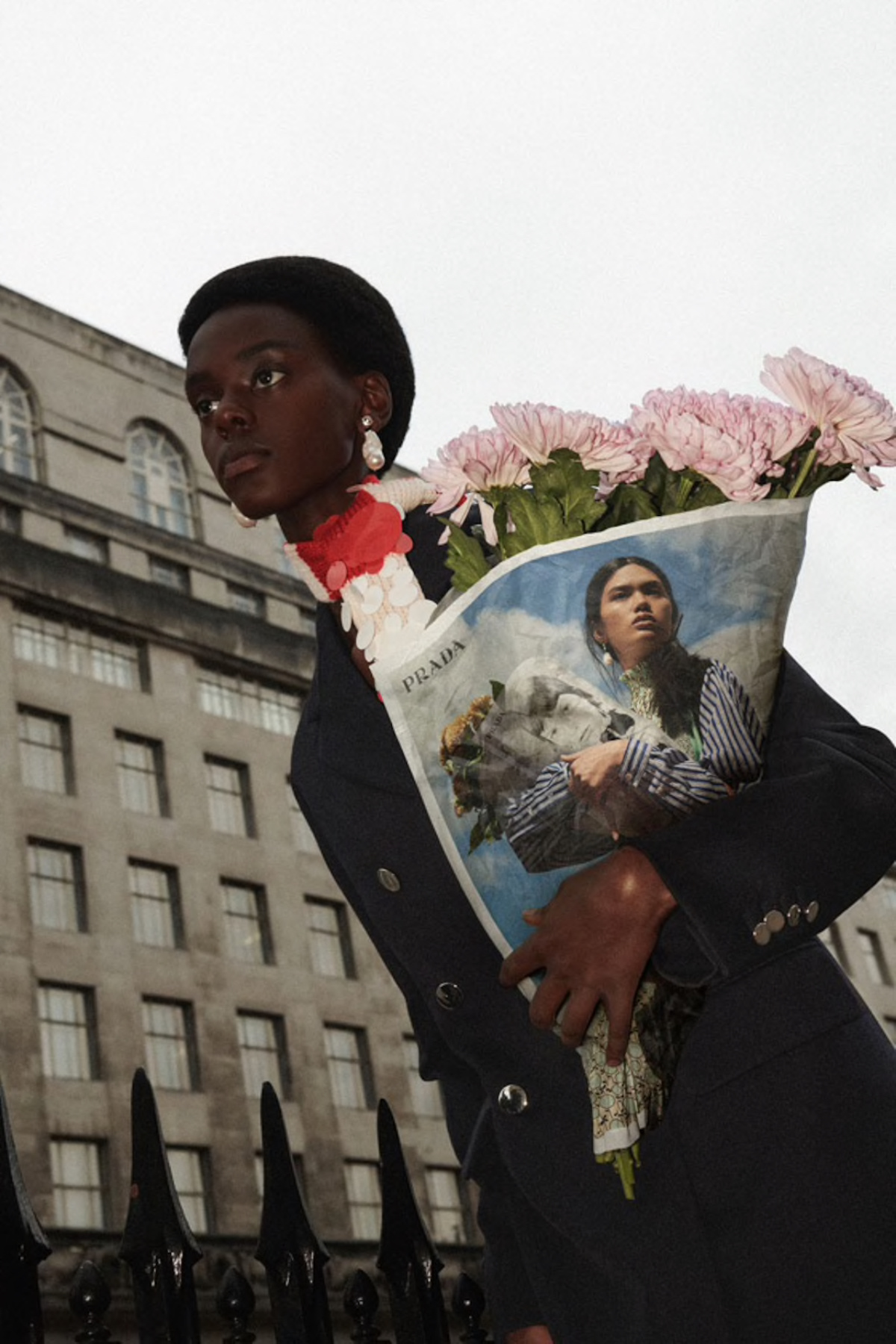 As the Prada Resort collection proposes an alternate viewpoint on classicism - the idea of simplicity as a rebellion, of the extraordinary to be found within the ordinary, the new inside the familiar - so a fresh perspective is found here, a different take on the very concept of fashion advertising. No longer a static, distanced image viewed through the lens of the page or the computer screen, the Prada 2020 Resort campaign is integrated into everyday life, subverting convention by breaking down those barriers. It debuts idiosyncratically, not only on the pages of magazines but as something to be experienced, to be lived. Tactile paper images wrap fragrant bouquets at florists in key cities around the globe – London, Milan, Moscow, New York, Paris, Shanghai, Tokyo - at points unexpected, unknown, unanticipated. Everyday places filled with beauty, romance, poetry and stories. 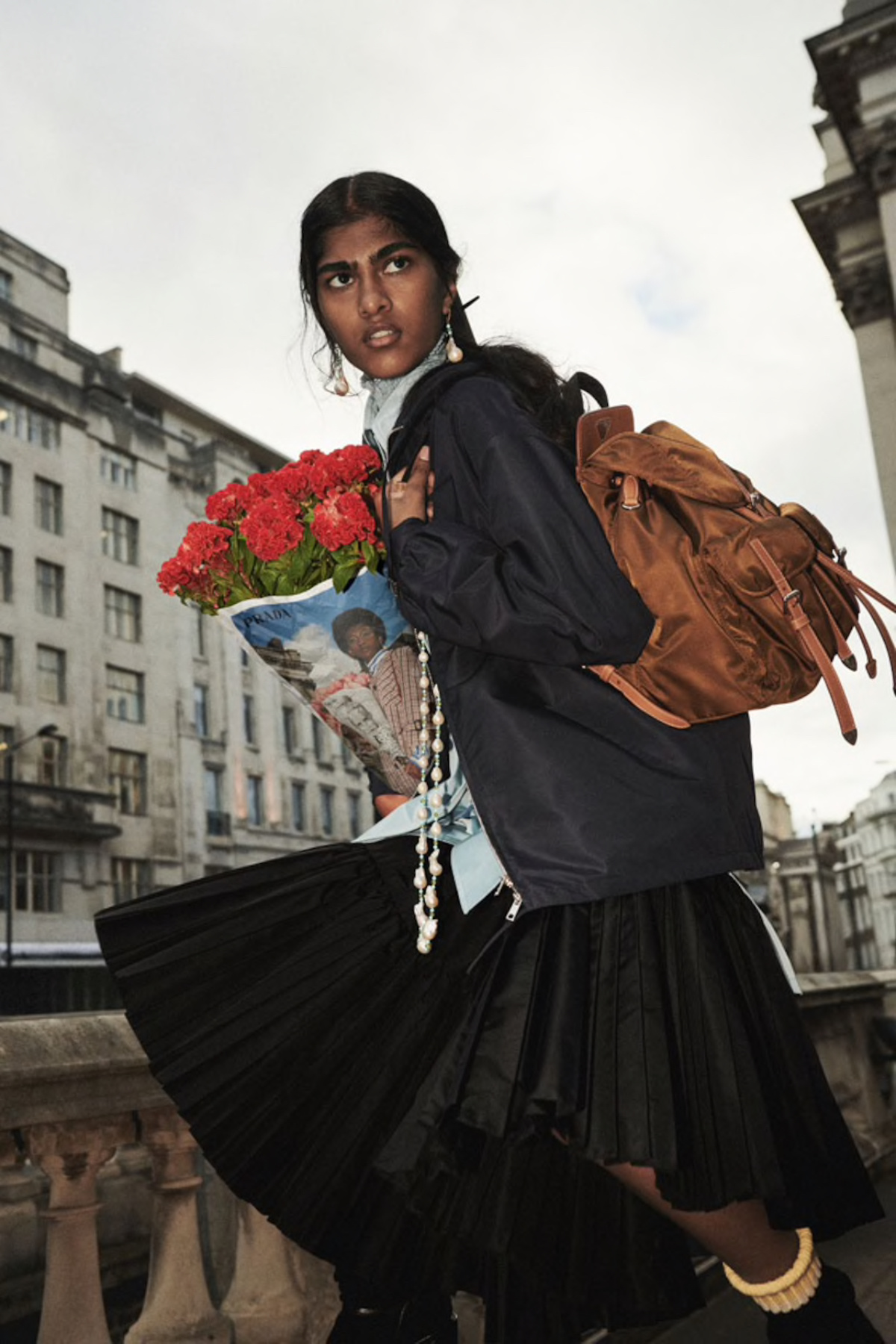 As with flowers passed between loved ones, the Prada Resort 2020 campaign is an exchange, a discourse, an open conversation. There are intimacies to be shared. Across social media, the campaign will literally live, as poetic short films animate these pages, bringing them to another, different life. The images themselves are in conversation, the campaign built on the juxtaposition of two different languages, a reflection of the duality and manifold personae integral to the identity of Prada. 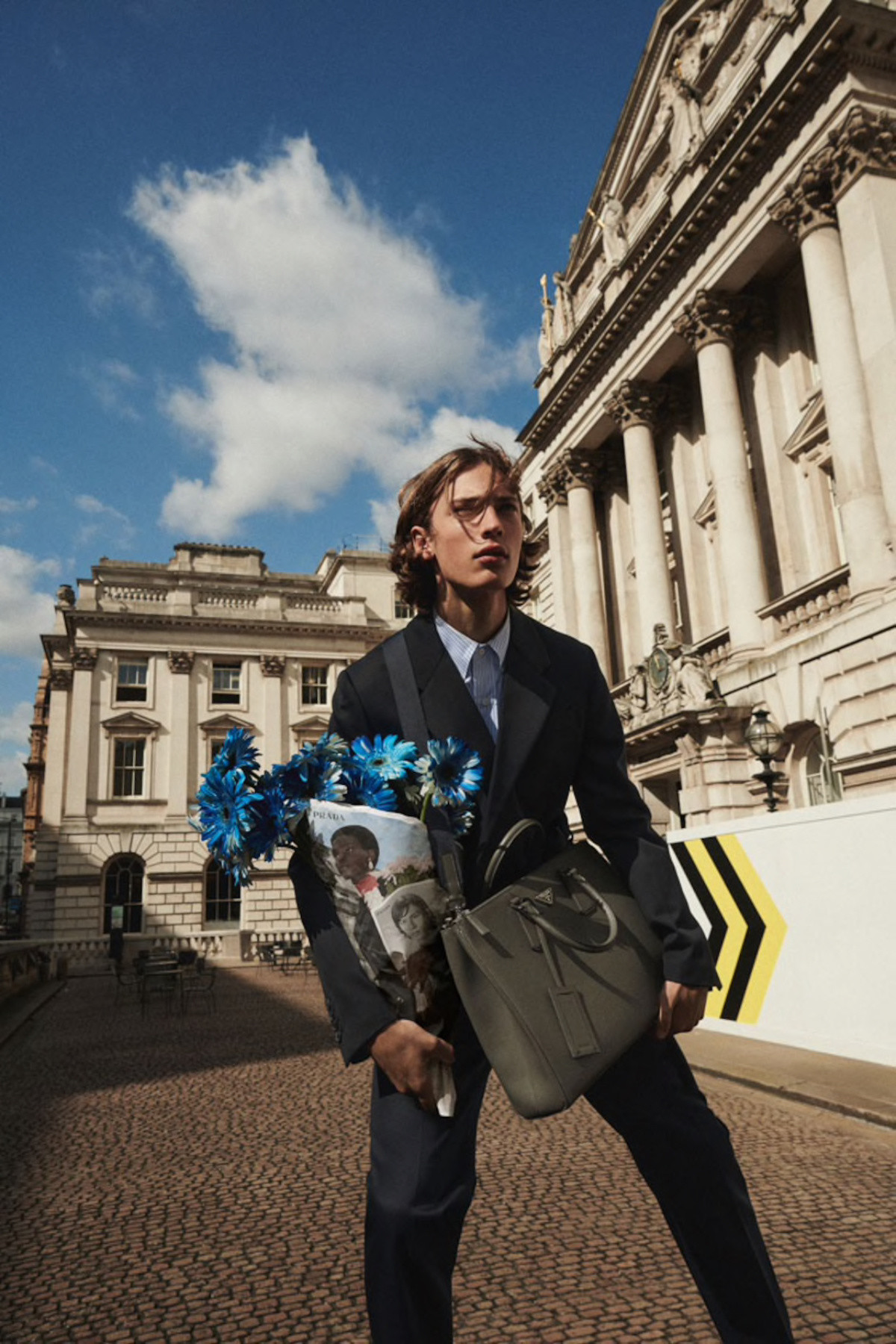 The two photographers selected by Prada to document this collection are noted for their dichotomous yet equally powerful portrayals of personalities - of humanity. New York-based Drew Vickers has drawn international acclaim for composed, calm and elegant portraits that sensitively highlight the quiet and tender human emotion within his subjects. Here, the photographs are as much an expression of the feeling of the collection - a portrait of the fashion - as of the sitters themselves. Prada has chosen to contrast these with the work of Japanese photographer Keizo Kitajima, noted for his real and dynamic street photography from the 1970s through until today. These last capture the campaign models in motion, truly alive, each with a floral bouquet wrapped with campaign photography. In these spontaneous and immediate shots, the figures perform the same gesture the campaign invites the audience to - participating in the everyday. Presented as diptychs, the images echo one another, as well as the world outside of the picture plane. Each pairing shows just two sides, of multiple real lives. 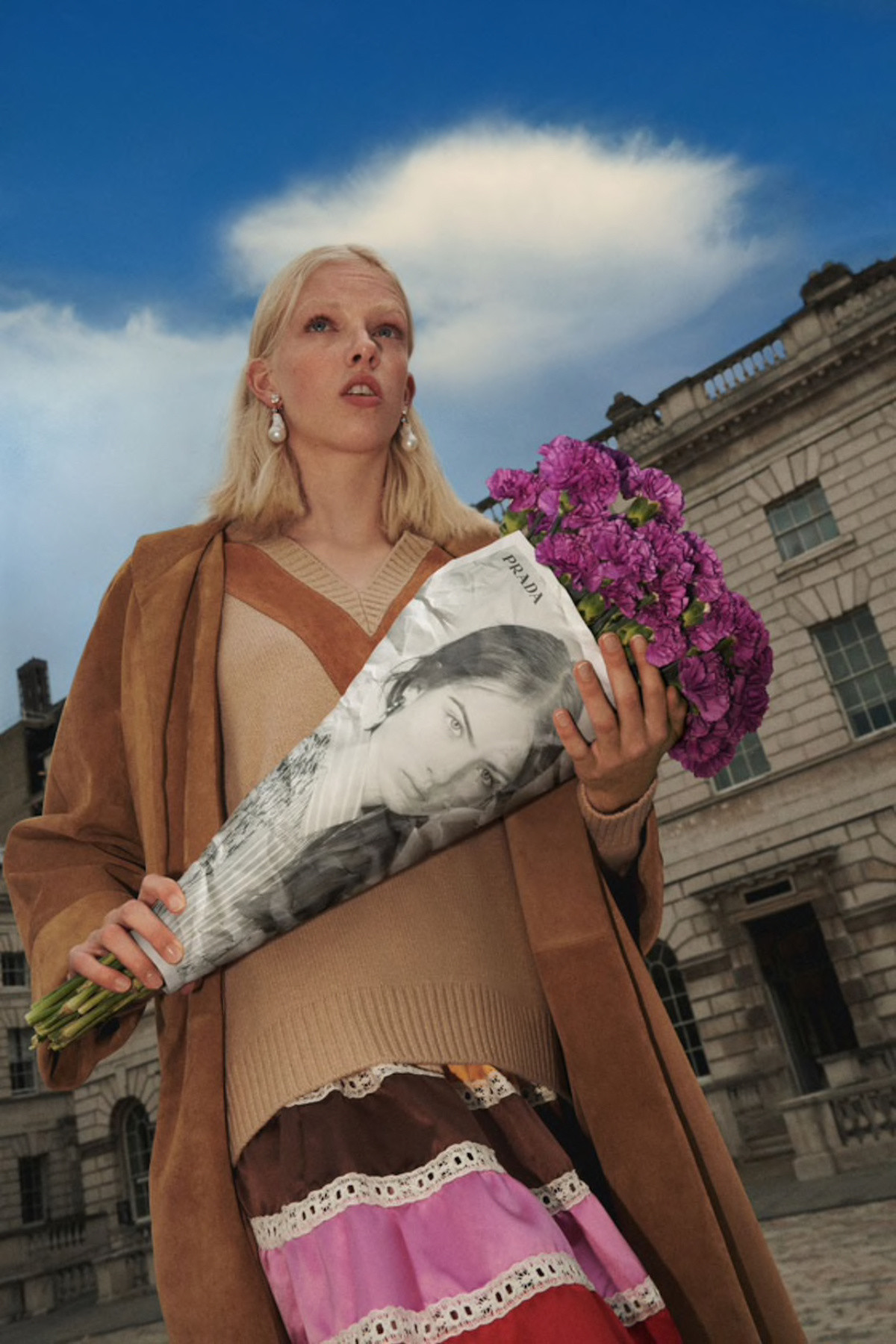 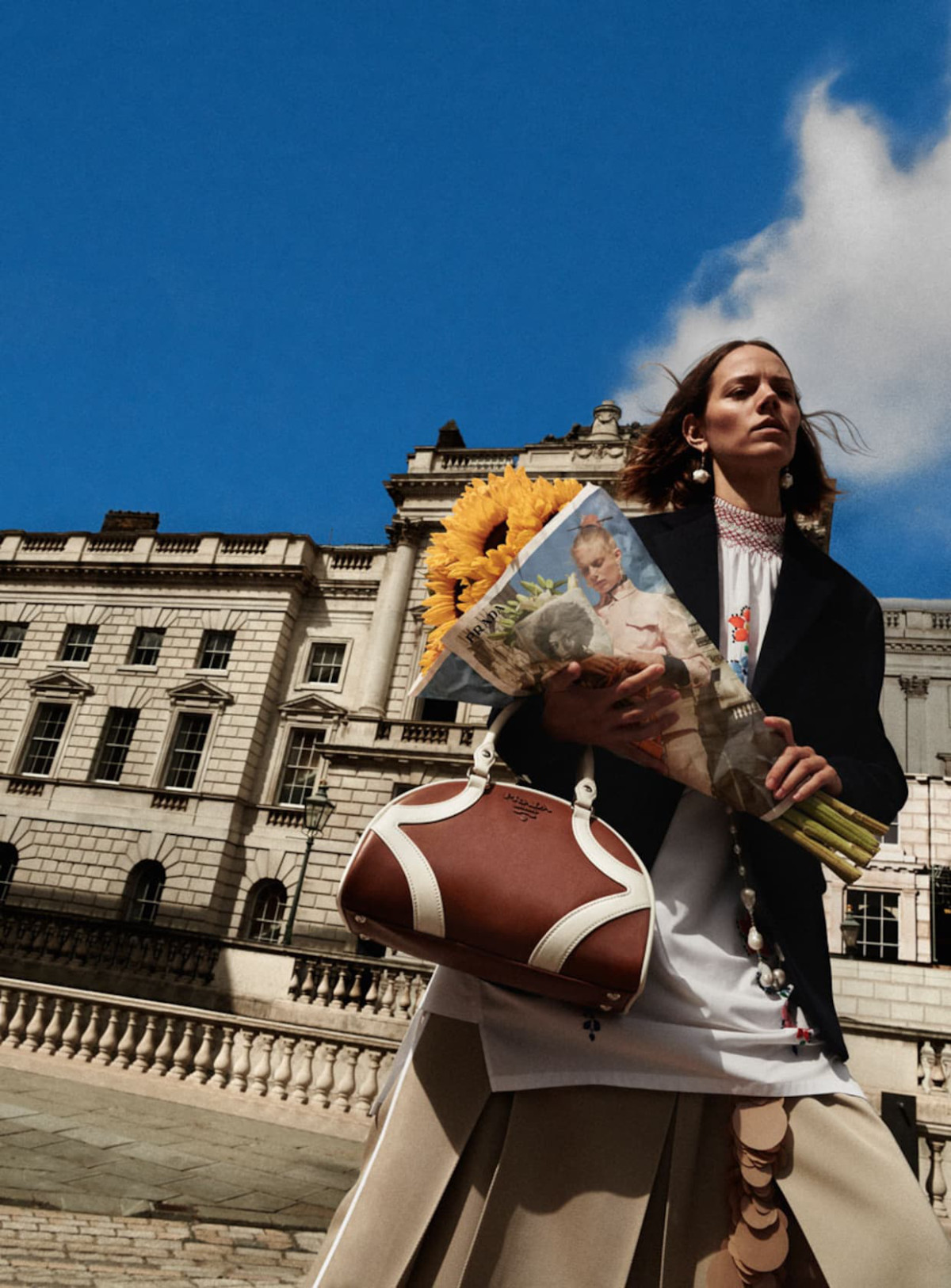 In a twist, the imagery of the Prada Resort 2020 campaign reappears later, once again reframed within the campaign: it wraps flowers as a still-life, a double-take real enough to touch. Is it reality blurring with the fantasy of the fashion image, or is the fashion image documenting reality before it happens? Across this portfolio, the role of photography is subverted, both recording the now and projecting a future the pictures wish to instigate - like a mnemonic of the forthcoming. The unifying element is beauty: an eternal, timeless beauty, idiosyncratically found here in every facet of the everyday.