Dom Pérignon is always a vintage wine and can only be produced from the grapes of a single year. For each vintage, a limited number of bottles are set aside in the cellars, predestined for longer maturation. With this extra time, the inner activity in the bottle increases. The yeast transfers its energy to the wine… a mysterious transfer of life.

After close to 15 years, expansion of energy reaches its peak and Dom Pérignon rises to an apex of essential, radiant vitality in its state of Plénitude. Elevated to new heights, it unfurls across every dimension – wider, deeper, longer, more intense – gifted further with an almost infinitely extended longevity.

Dom Pérignon is patiently elevated to a new summit of expression. We call this elevation Plénitude 2, the second life of Dom Pérignon. 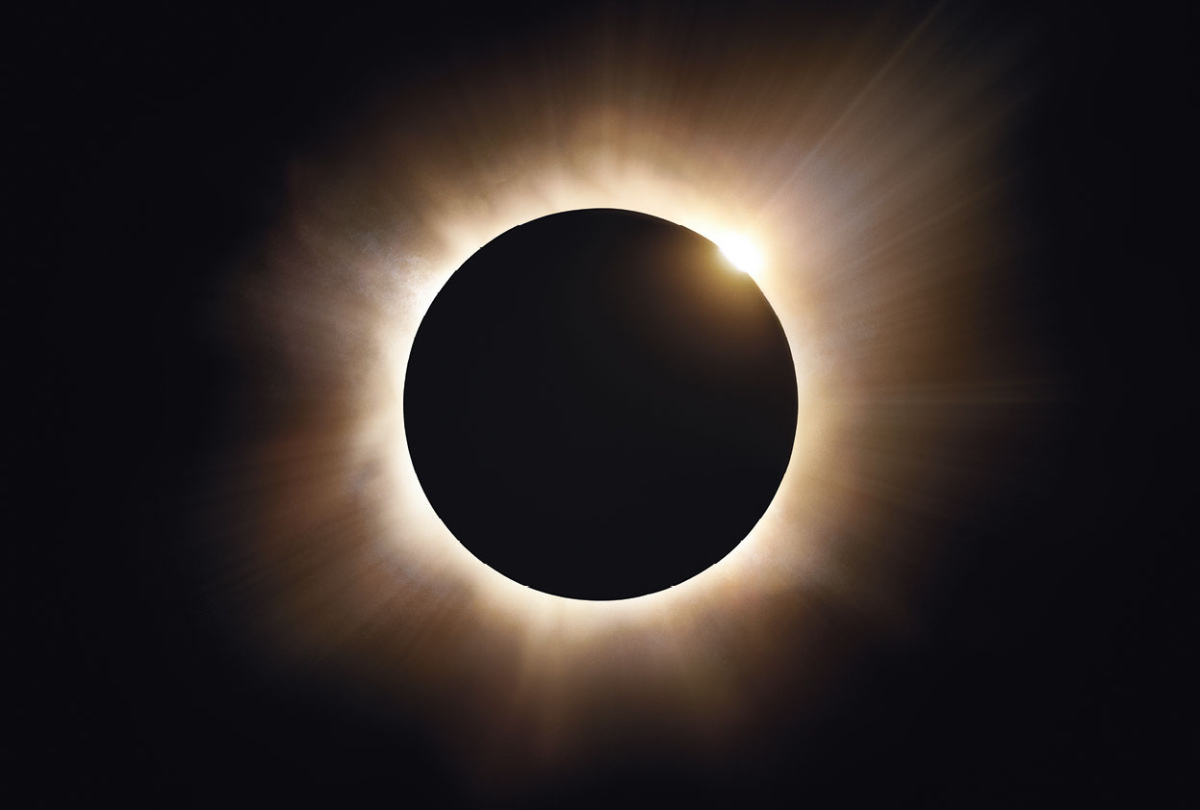 After the syncopated rhythms of 2003 – marked by dramatic frosts and a historic heat wave, constraining grape production by the vines – 2004 appeared evident, a year of renaissance and calm.

The year unfolded in a virtually ideal scenario. Each season segued to the next with ease and fluidity, devoid of disturbances or excess. A rather cool August was followed by a few weeks of dry heat that made the vintage. Drawing on a reserve of energy left by 2003, the vines thrived, expressing themselves to the full with a generous harvest of mature grapes. 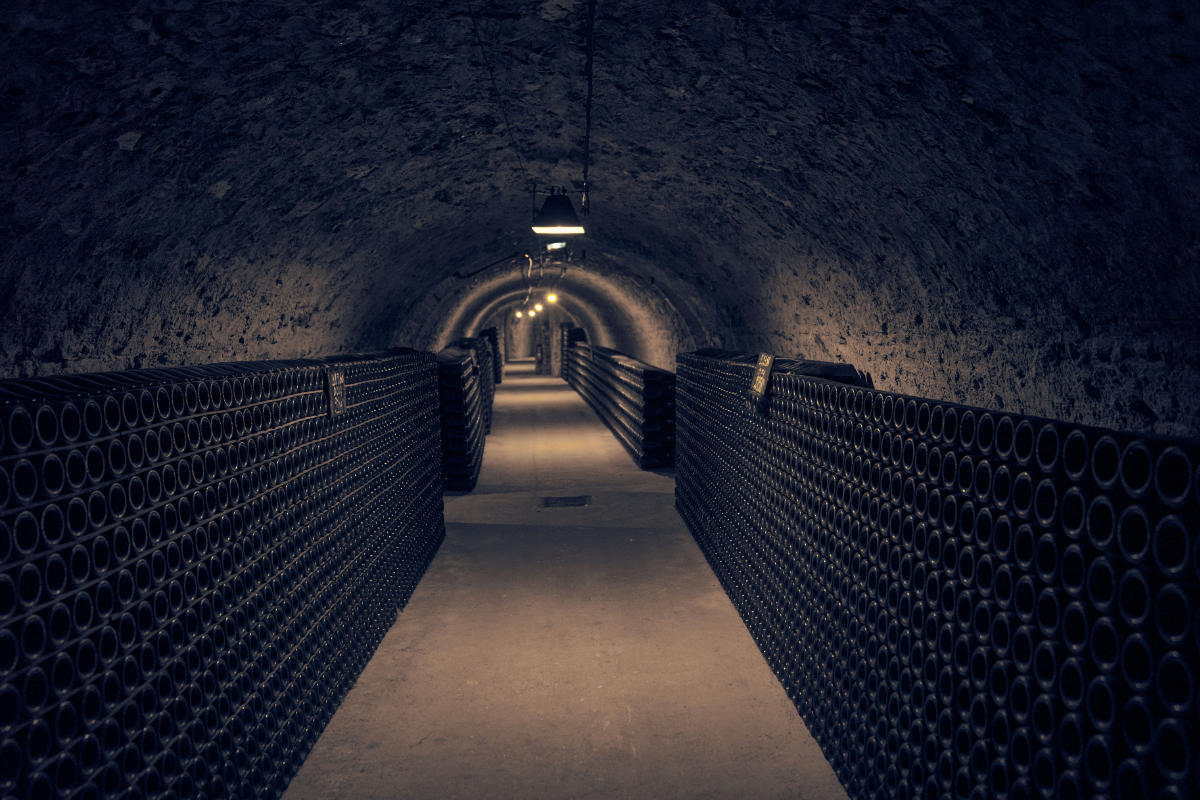 CAPTURE THE SPACE AND LET THE BODY SPRING FORTH

Right from their gestation, the wines of 2004 offered more a sense of volume on the palate than a firm, tangible materiality. The creative challenge with the assemblage was thus to structure this volume, to trace its borders. Choosing certain wines for their structural lines, working with bitter notes, and the play of acidic balance all gradually revealed a tasting space in movement, like a body initiating a dance on a stage.

More than with any other Dom Pérignon vintage, the force of the wine during the assemblage remained in a state of harbored potential, exhibiting simply a suppleness and rich range of movement.

Only long maturation on the lees would enable this transparent solidity to reveal itself. 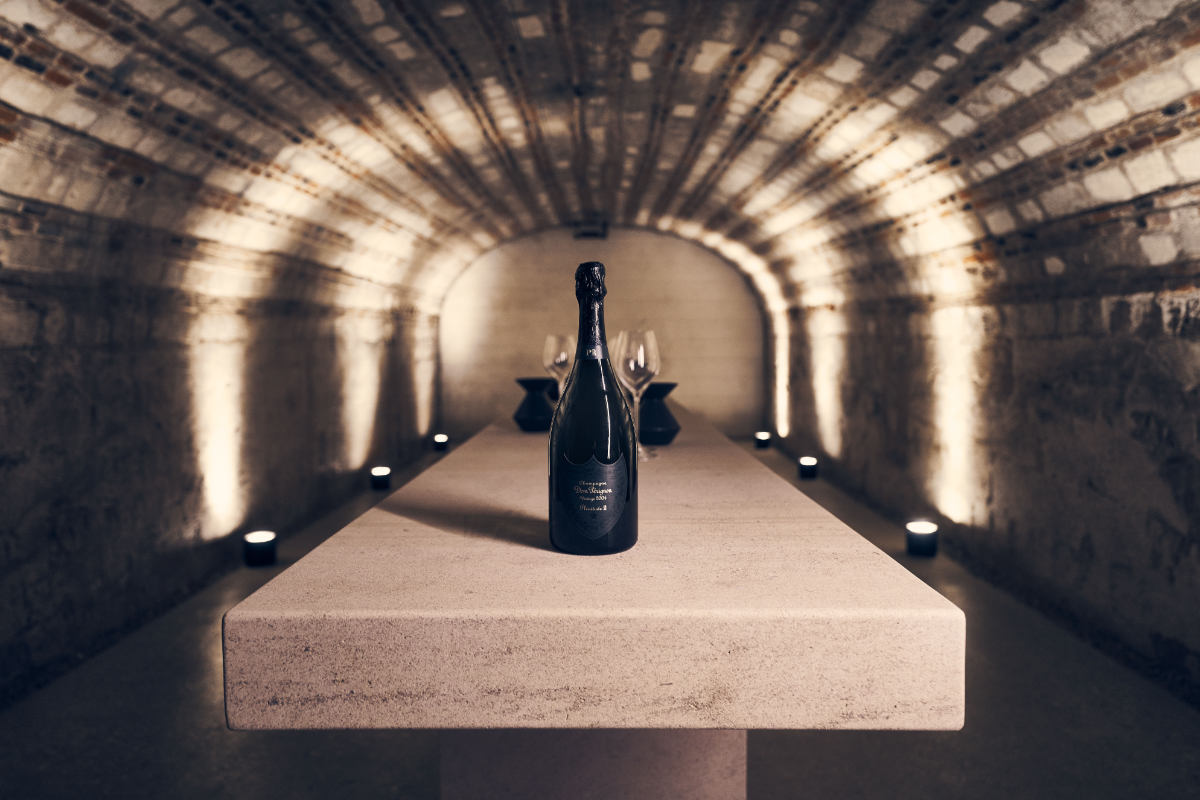 The time for maturation in our cellars is part of an ongoing creative process. Following the first release in 2013, it took 18 years for this maturation to elevate the harmony of the wine in the bottles of Vintage 2004 that remained in our cellars, with no disgorging.

During these 18 years the architecture of the assemblage deployed – embracing, affirmed and precise.

The long, slow maturation firmed up the wine’s body while drawing it out, rounding it and polishing its essence. With this amplified energy, the wine traces the contours of a sphere that lets harmony spring forth on the palate. 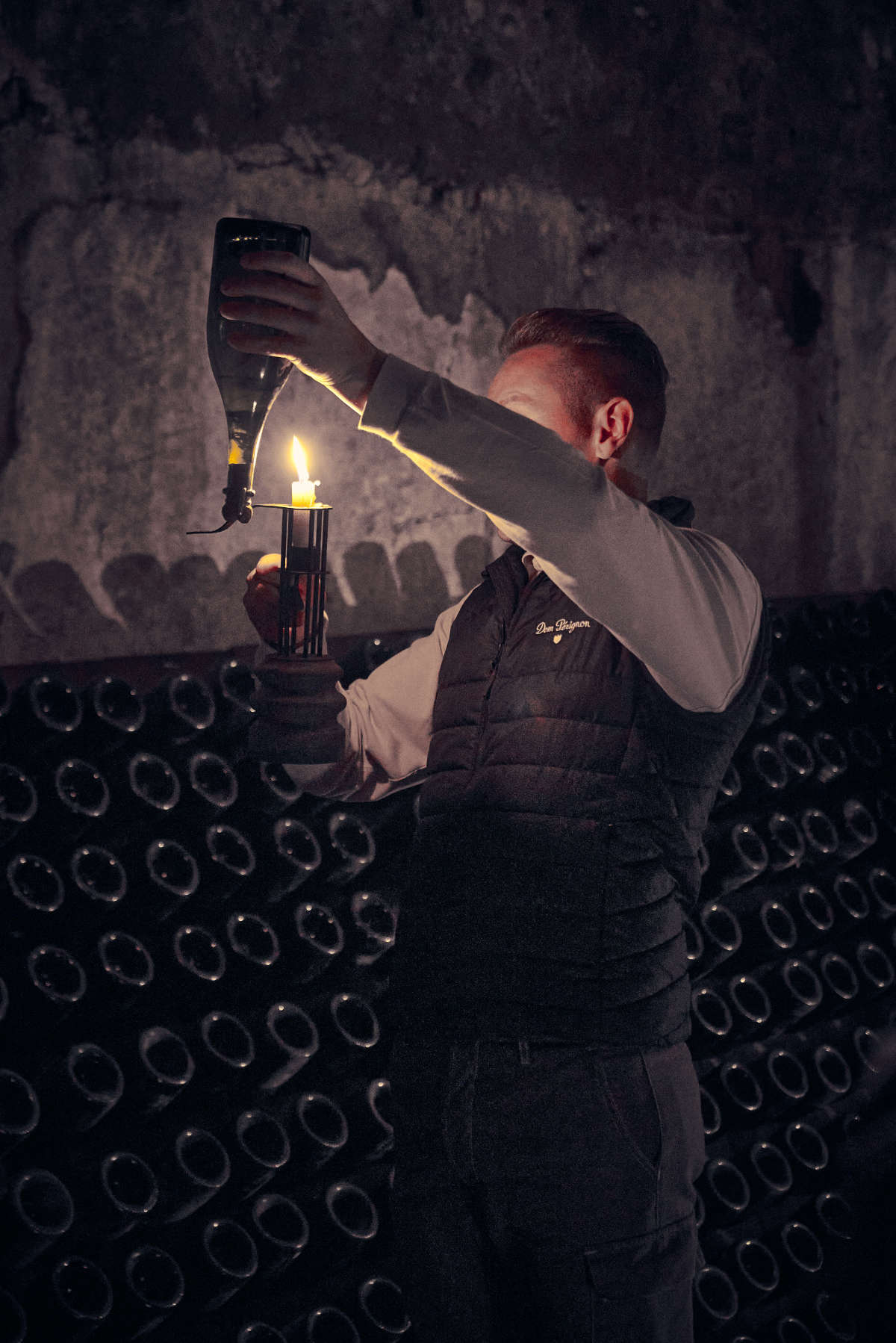 A SENSATION OF JOY

Dance resituates the body at the core of our being, inviting us to explore this pathway to infinity.

Through this quest to express the structure of the wine and its precise, harmonious movement in the elaboration of Vintage 2004, Dom Pérignon fuses body and spirit. The 2004 creation reveals this tension and lets joy spring forth with a soaring sentiment of lightness.

The bouquet of Dom Pérignon Vintage 2004 Plénitude 2 blossoms with a softness both ethereal and persistent. The fruit is now tactile, affirming its presence with vigor and elegance. Still present, the minerality has opened up with elation, reappearing in a wonderfully saline finish punctuated by roasted notes. Light, profound and mastered, Dom Pérignon Vintage 2004 Plénitude 2 celebrates an intense interior joy, both tender and precise. 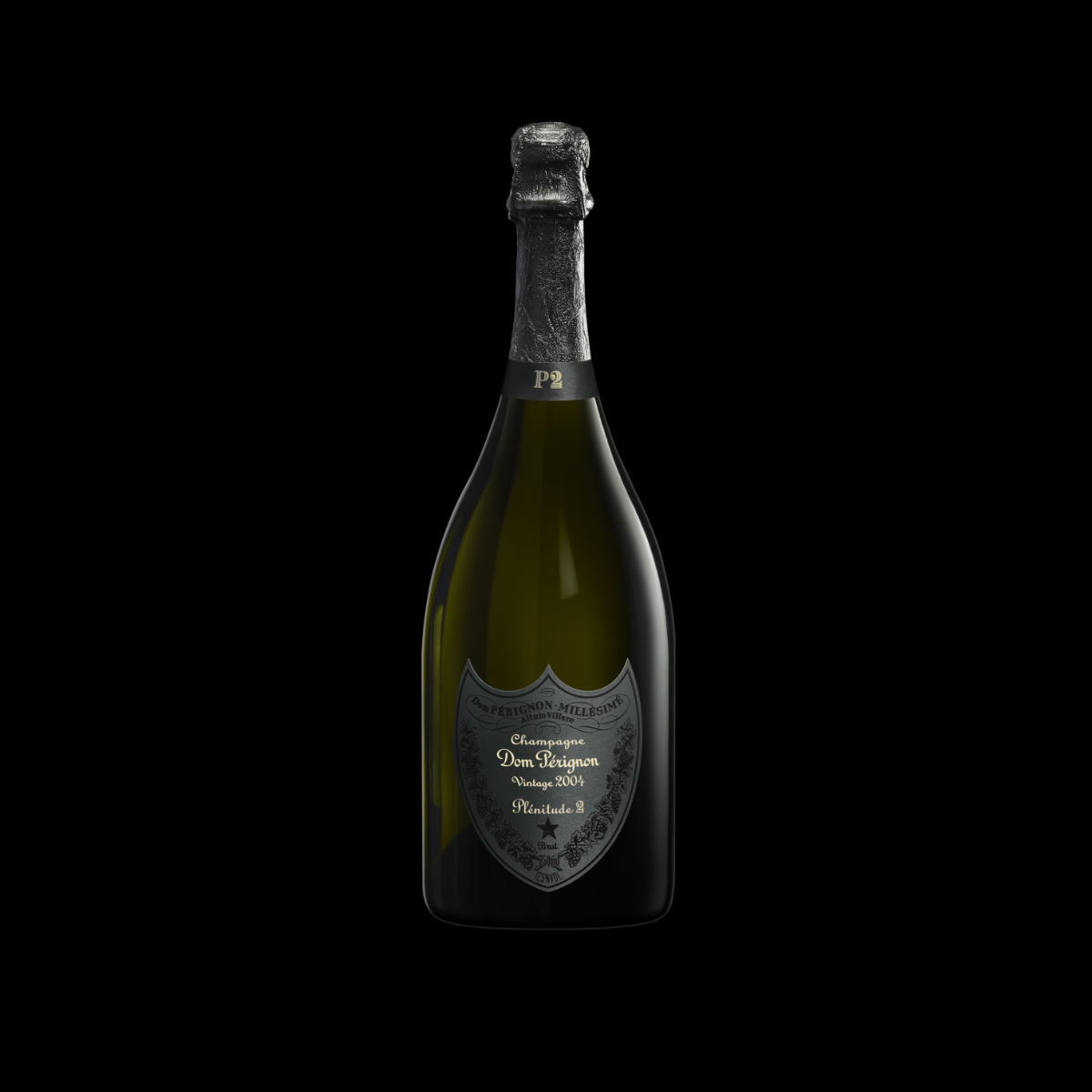 With its remarkable ease and generosity, the 2004 winemaking year stands out in the history of Dom Pérignon.

The year was completely the opposite of 2003, and the vines developed with great regularity and without incident, resulting in substantial yields of large grapes. While the weather was generally anything but extreme – even though August was a bit cool – the dry heat of the final weeks really shaped the vintage. The harvest began on September 24th, providing grapes that were both in excellent health and superbly ripe.

The 2004 fruit remains discreet, yet more clearly defined in this second life of the Vintage. Citrusy notes of pink grapefruit and blood oranges gently cede to figs. The additional time on the lees elevates the minerality of the vintage with the sublime maturity that is Dom Pérignon’s signature. Cocoa, mocha, roasted nuts, brioche and honey.

The wine balances on the edge with immediacy and surprise, evolving between tension and weightlessness. It has an extreme, tactile precision, deep and sculptural. The sensations come together in a persistent and elegant finish, underlined by sappy, licorice notes. 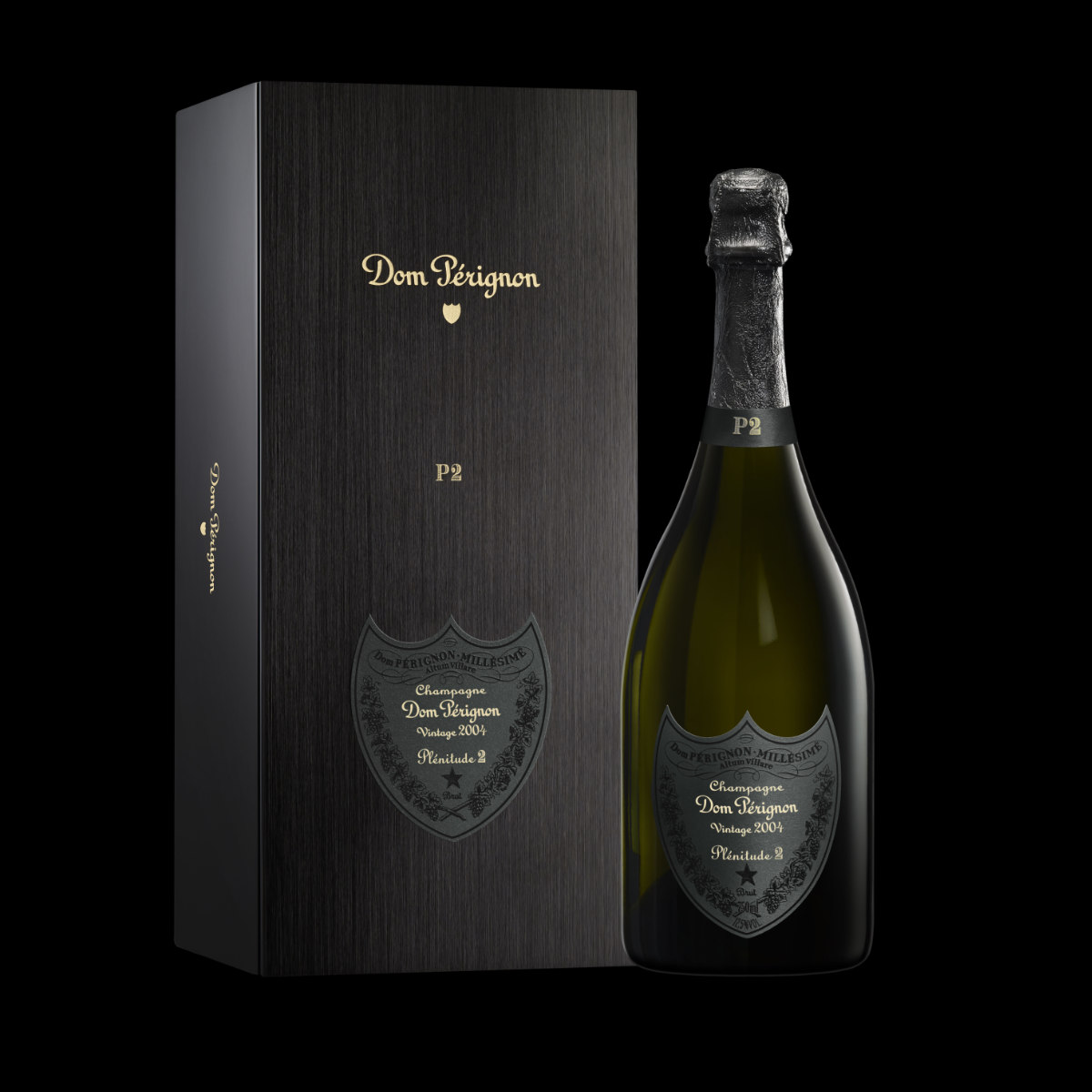