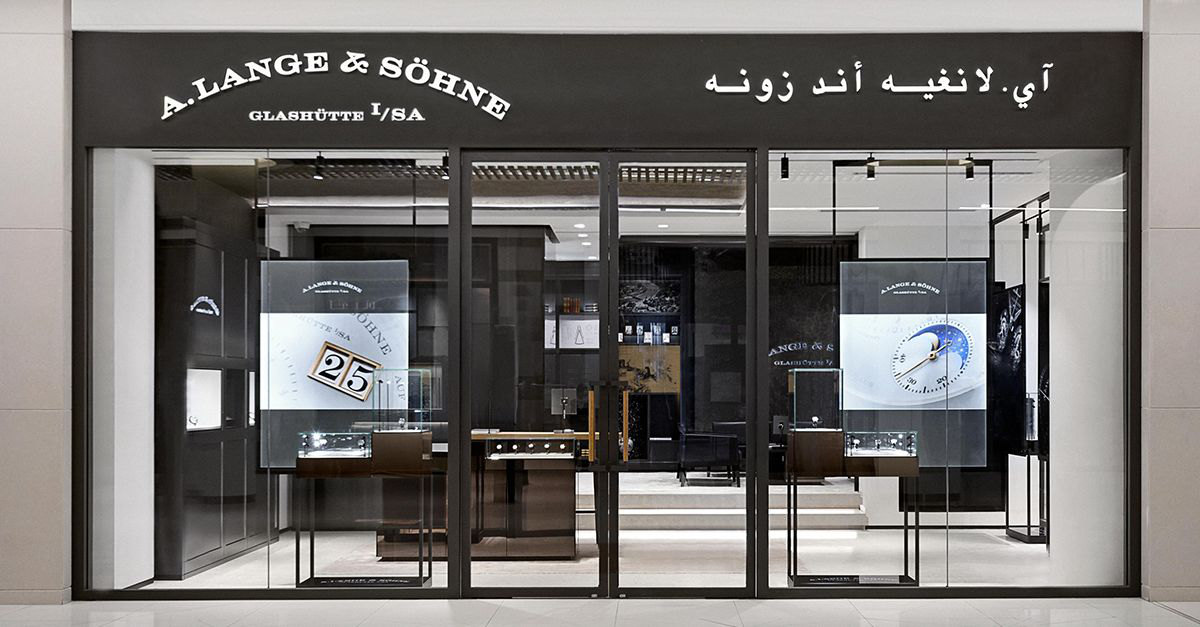 2020 was a special year for German luxury watchmaker A. Lange & Söhne. 175 years ago, Dresden watchmaker F. A. Lange set out to build the world’s best watches in the rural town of Glashütte. Restarted in 1990 by his great-grandson Walter Lange, the brand has once again be-come a key player in international fine watchmaking and has a presence in about 60 countries around the world. A new boutique located on the ground floor of the Mode Al Faisaliah in the business district of Riyadh marks a major step in the company’s retail strategy in the Middle East. The shop will be operated in cooperation with Attar United, one of the most renowned watch retailers in Saudi Arabia. 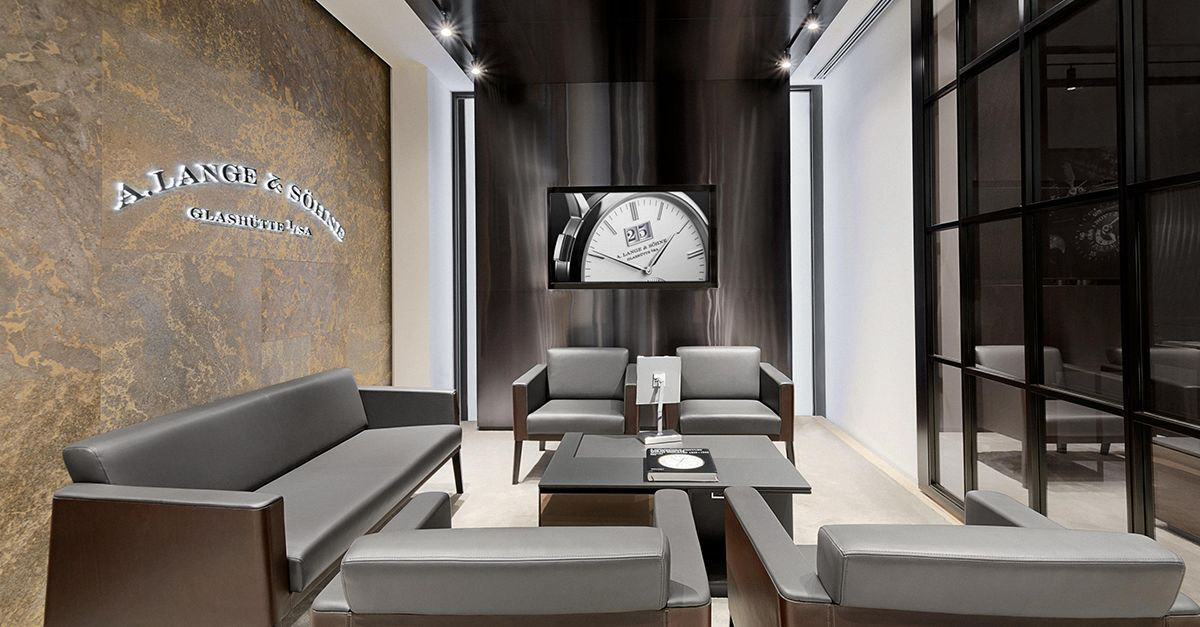 With an area of over 85 square metres, A. Lange & Söhne Riyadh boutique provides ideal pre-requisites for the watchmaker’s new interior architecture concept characterised by openness, clarity, and eloquence. Authentic materials and elaborate surface treatments pay tribute to the type of craftsmanship celebrated by Lange. The Experience Library, an oversized type case which aims to bring customers on a journey into the world of A. Lange & Söhne, presents numerous exhibits which tell the story of the manufactory and its craftsmanship using lovingly designed objects. A large glass storefront exposes the showroom, inspiring visitors to enter the boutique. 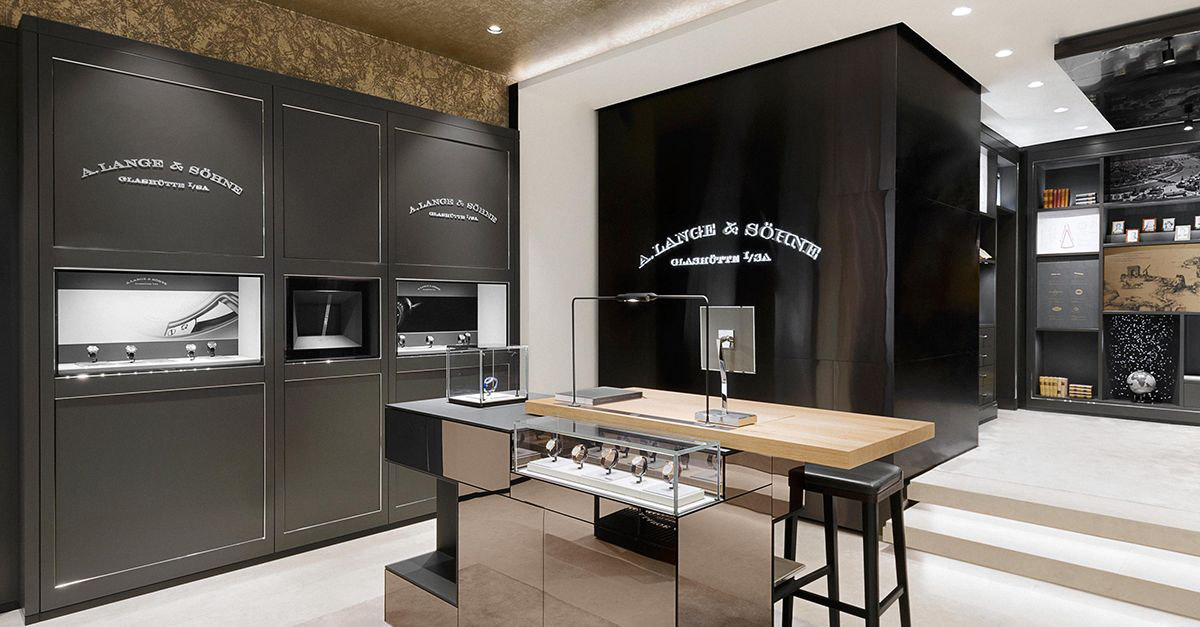 Jean Bitar, A. Lange Söhne Middle East, Africa and India Brand Director, highlighted the importance of the new presence in Riyadh: “The number of knowledgeable watch enthusiasts and collectors in Saudi Arabia is continuously growing, as is the demand for our timepieces. We are especially pleased to have Attar United as a partner who shares our dedication to customer experience and our ambition to never stand still.” 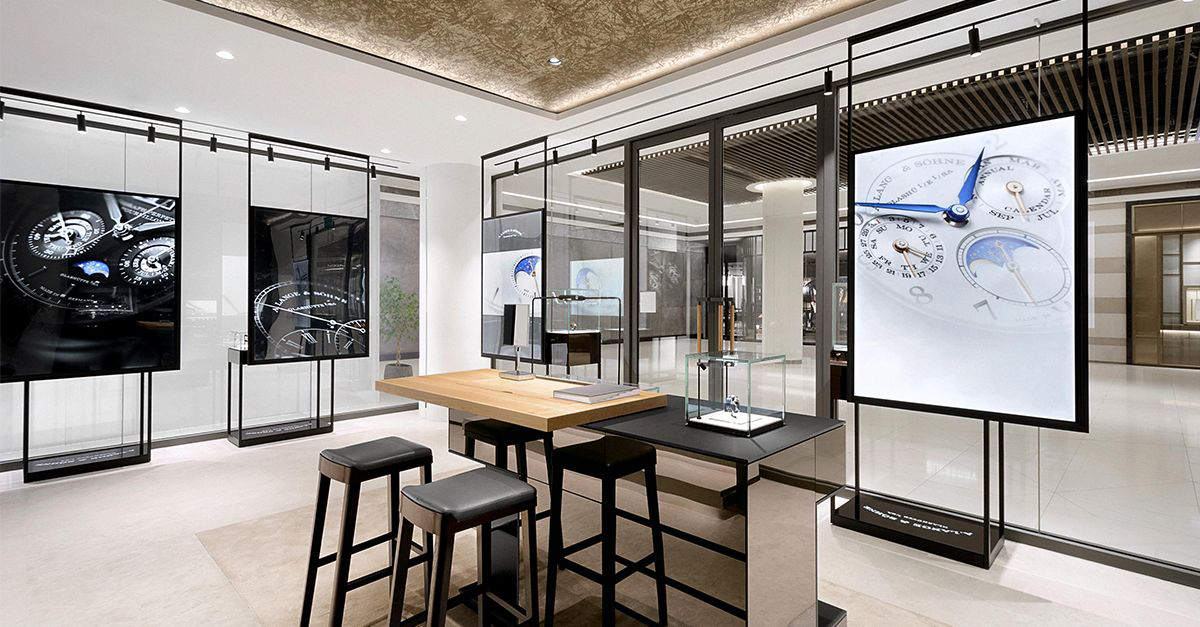 Mohammed Saddik Attar, Attar United Company’s CEO, declared: “I consider the opening of the country’s first A. Lange & Söhne boutique a memorable and very special occasion. It is a testimony of this prestigious brand’s appeal among watch connoisseurs in Riyadh. This partnership reflects the serious and long-term commitment of both Lange and Attar United towards the goal to successfully expand the brand in Saudi Arabia”.

Dresden watchmaker Ferdinand Adolph Lange laid the cornerstone of Saxony's precision watchmaking industry when he established his manufactory in 1845. His precious pocket watches remain highly coveted among collectors all over the world. The company was expropriated after World War II, and the name A. Lange & Söhne nearly vanished. In 1990, Ferdinand Adolph Lange’s great-grandson Walter Lange had the courage to relaunch the brand. Today, Lange crafts only a few thousand wristwatches per year, predominantly in gold or platinum. They are endowed exclusively with proprietary movements that are lavishly decorated by hand and assembled twice. With 66 manufacture calibres developed since 1990, A. Lange & Söhne has secured a top-tier position in the world of watchmaking. Brand icons such as the LANGE 1 with the first outsize date in a regularly produced wristwatch, and the ZEITWERK with its precisely jumping numerals display, rank among the company's greatest successes. Exceptional complications such as the ZEITWERK MINUTE REPEATER, the TRIPLE SPLIT, and the so far most complicated model, the GRAND COMPLICATION presented in 2013 in a six-watch limited edition, reflect the manufactory's determination to achieve ever new pinnacles in its tradition-steeped horological artistry. Launched in 2019, the sporty-elegant ODYSSEUS marks the beginning of a new chapter for A. Lange & Söhne.