Extreme E is back on track for another exciting season! For the first race in the electric rally championship’s sophomore season, of which Zenith is proudly resuming its role of Official Timekeeper and Founding Partner, Saudi Arabia was once again chosen as the venue for the “Desert X Prix”. But instead of returning to last year’s historical AlUla region, Extreme E chose to hold the first major motorsport event in the emerging city of NEOM, which is being modelled as a template for future sustainable developments. A unique topography of coastline, desert and mountainous terrain provided the perfect opener for what’s shaping up to be a thrilling season for the world’s fast electric rally racing championship.

Zenith CEO Julien Tornare shared “I’m thrilled to be in NEOM with Extreme E for the start of the second season. You can feel the energy and excitement in the air from all teams and drivers who set the bar very high for the first race of the 2022 championship. This year, we wanted to pay tribute to Extreme E’s philosophy and concrete actions towards sustainability, so we’re proud to unveil the DEFY Extreme E Desert X Prix featuring a strap made with recycled rubber from tyres used in its races! This special edition is the first in a series of five, and we can’t wait to share with you the rest throughout this year’s Extreme E races.”

The Desert X Prix was the perfect occasion to unveil the first in a series of special DEFY Extreme editions, inspired by and commemorating each of the five vastly different X Prix off-road circuits. Taking on the deep yellow colours of the desert electric rally race, the DEFY Extreme E Desert X Prix is crafted in light yet durable carbon fibre and titanium. The limited edition of 20 pieces is delivered in a suitably sturdy waterproof and crushproof watch case built to withstand the harsh conditions of the rally, incorporating various upcycled elements from the side-lines of the first season’s races. The case’s lid coating is made from E-grip recycled tires, while the plate covering is made from parts of an Extreme E racing tarpaulin. As the ultimate Extreme E memorabilia, the DEFY Extreme E is delivered with a rubber strap containing sustainable materials from recycled Continental CrossContact tyres that were used in the first season races. Limited to just 20 pieces, the DEFY Extreme E Desert X Prix edition is available exclusively at Zenith physical and online boutiques. 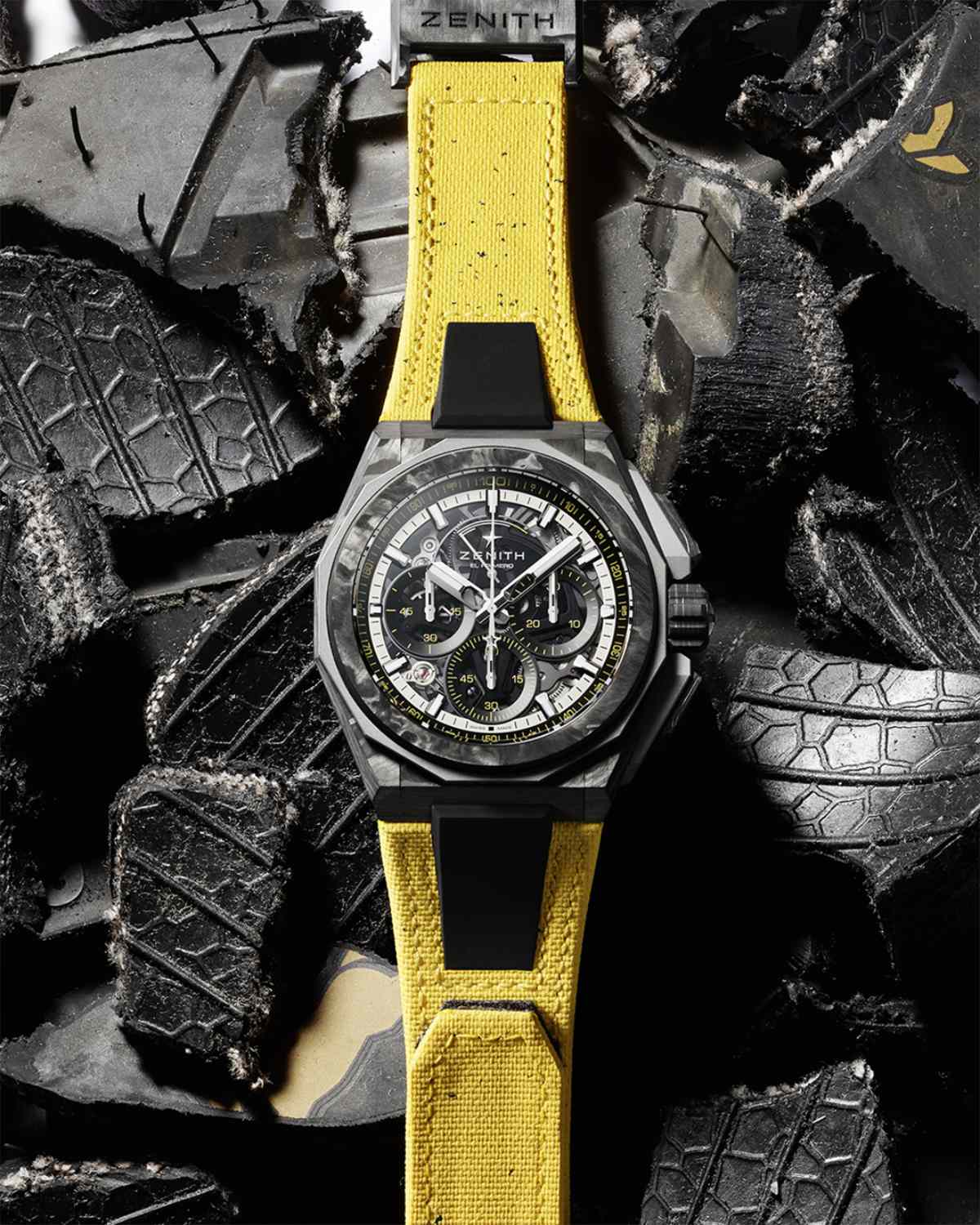 Zenith is maintaining its tradition of giving out a Moment In Time award at the end of each race, singling out one driver for his or her extraordinary performance or incredible feat. For the Desert X Prix, winning team Rosberg X Racing’s Johan Kristoffersson took the prize for his jaw-dropping accomplishment in the final race. Not only did he finish in first place, but he did so havng started 14 seconds behind the leader and taking on some brave manoeuvres in a nail-biting hunt down which went right to the wire. At one point he was driving on only two wheels while attempting to overtake another vehicle. For his spectacular performance, Johan was awarded a DEFY Skyline watch. 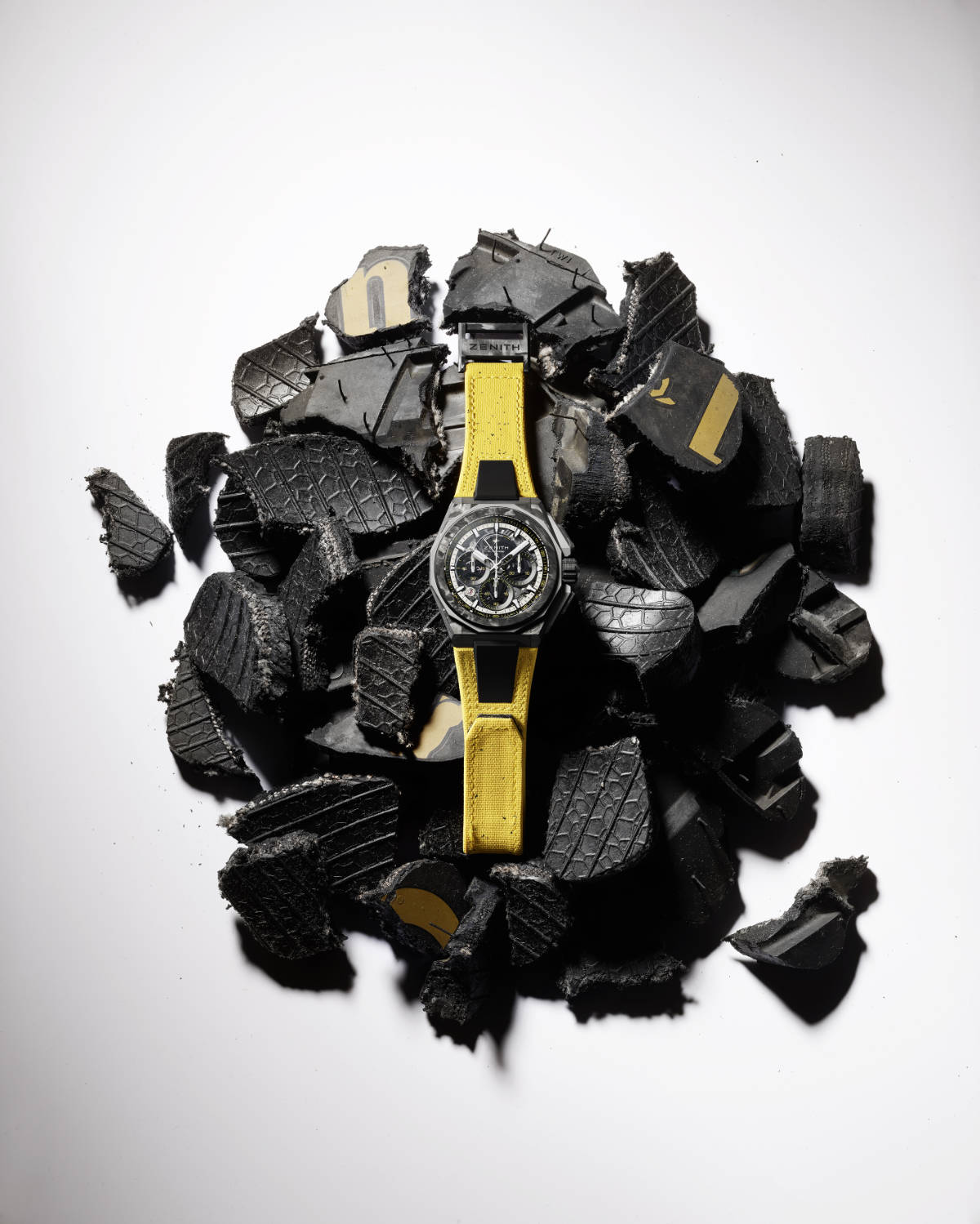 "I am super proud to receive the Zenith Moment in Time Award. Very rarely do I get a rush from driving a racing car, but this was the biggest adrenaline rush that I’ve had for many years. I wasn’t sure how much I could push due to the dust and damage, but I came closer and closer and found some new lines that I didn’t think were drivable. Then I made a really risky move, driving up blind and breaking more speed than I could have imagined, but came out first. An incredible moment for me,” stated Johan Kristoffersson. 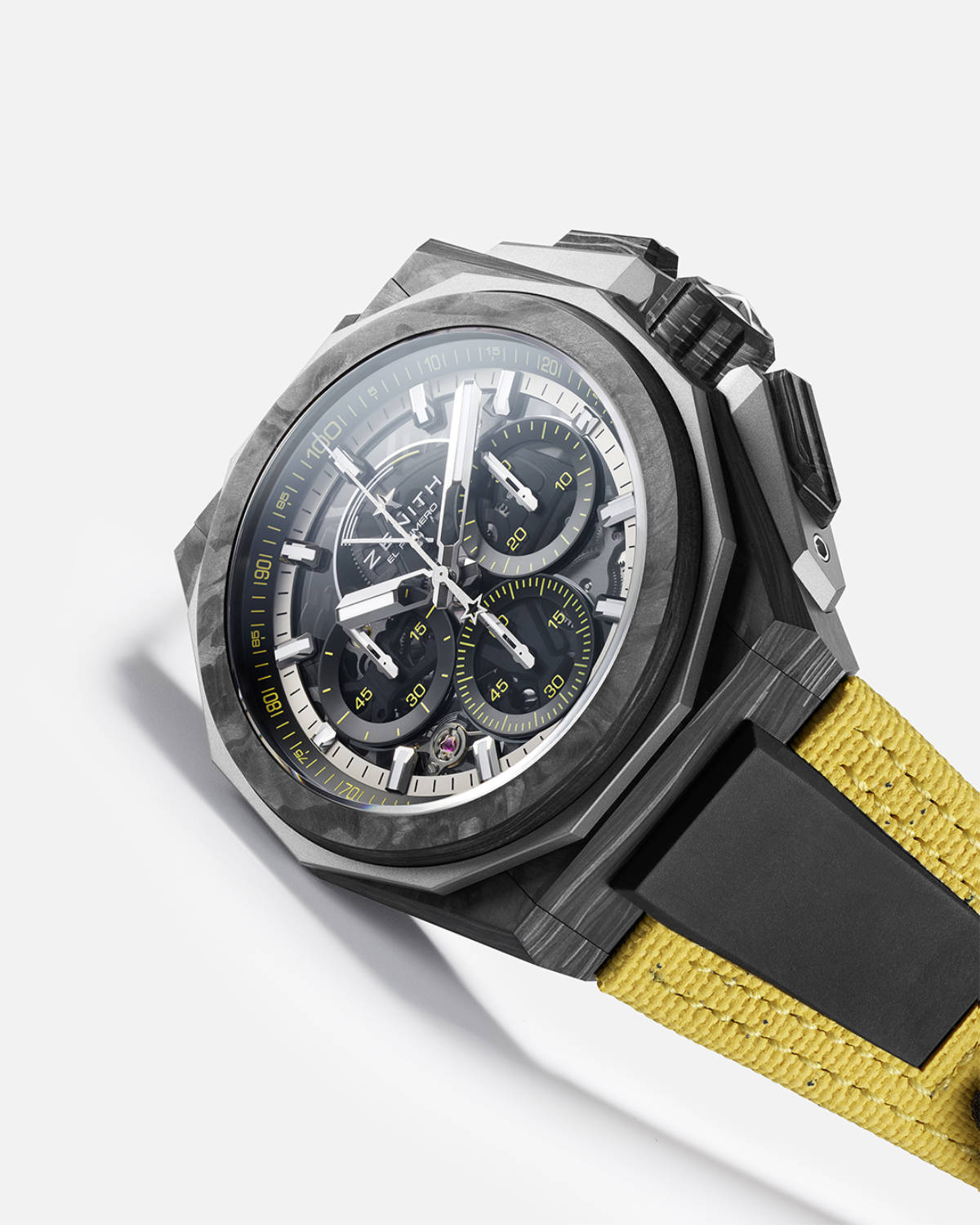 The Extreme E Legacy Programme is central to the championship’s mission of racing for a purpose. Led by its scientific board comprised of world-renowned experts, the Legacy Programme had already begun working with the Saudi Ba’a Foundation after the 2021 Desert X Prix race to help preserve the endangered Green turtle and critically endangered Hawksbill turtle in Ras Baridi, close to where the series raced in its inaugural season. It is doubling down this year through increased education and deeper involvement with locally operating companies and government bodies.

Zenith exists to inspire individuals to pursue their dreams and make them come true – against all odds. Since its establishment in 1865, Zenith became the first watch manufacture in the modern sense of the term, and its watches have accompanied extraordinary figures that dreamt big and strived to achieve the impossible – from Louis Bl riot’s history-making flight across the English Channel to Felix Baumgartner’s record-setting stratospheric free-fall jump. Zenith is also highlighting visionary and trailblazing women – past and present – by celebrating their accomplishments and creating in 2020 its first-ever collection dedicated entirely to them, Defy Midnight. 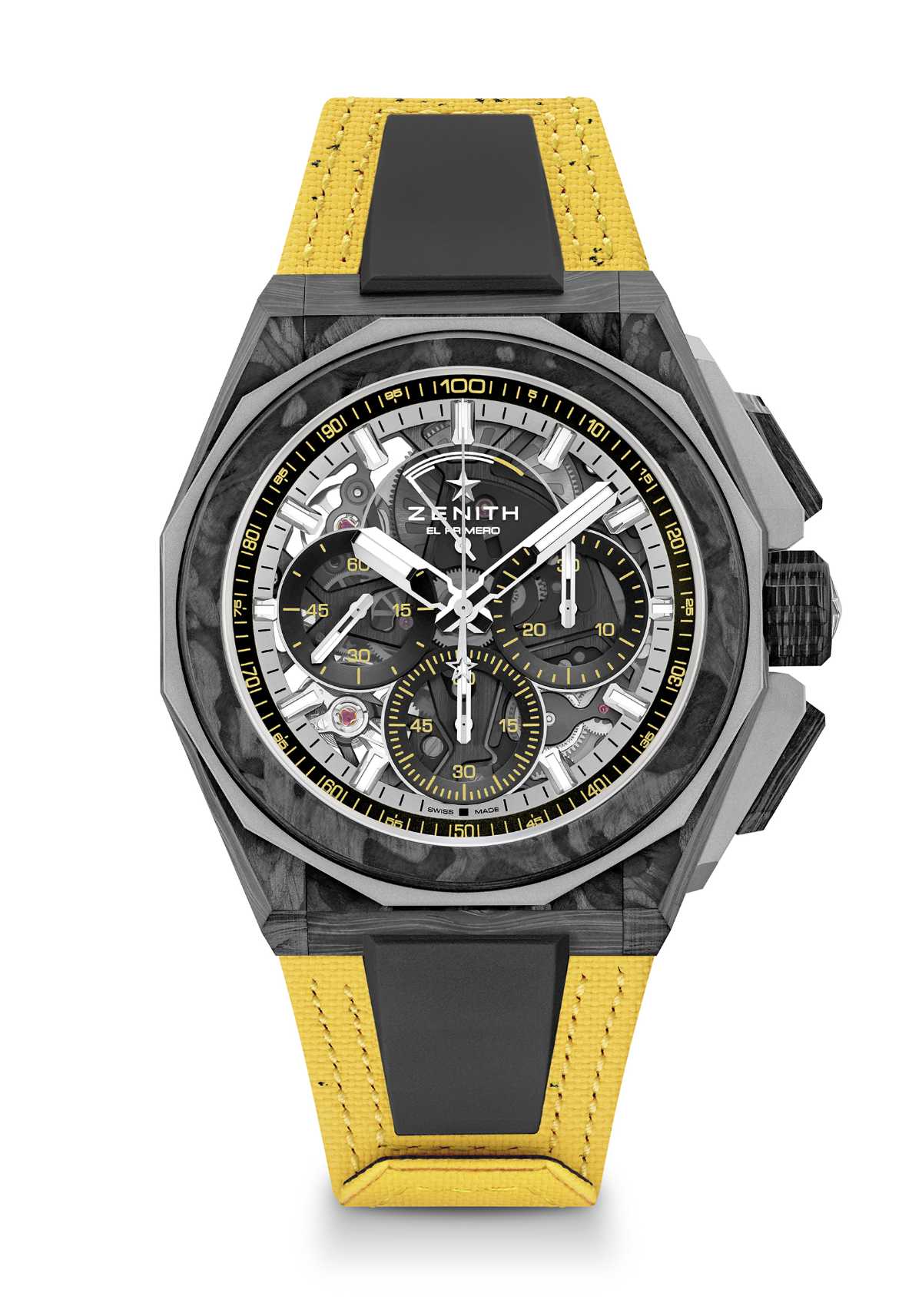 Functions: 1/100th of a second chronograph functions. Chronograph power-reserve indication at 12 o'clock. Hours and minutes in the centre. Small seconds at 9 o'clock, Central chronograph hand that makes one turn each second, 30-minute counter at 3 o'clock, 60-second counter at 6 o'clock