Unveiling the latest Gucci eyewear collection, a new set of images and video take the viewer on a dreamlike car ride alongside Billie Eilish, an artist whose embrace of authenticity and self-expression speaks to the core values of the House. Considered by many to be the voice of her generation, the award-winning singer-songwriter dares viewers to join her on a suspenseful trip through a series of bold portraits that reflects her distinctive style within the new campaign.

In a nod to the atmosphere of the film noir genre, the campaign for the second release of Gucci’s 2022 eyewear collection features a visual approach distinguished by unbalanced compositions, a rich palette, and contrasted lighting effects. The narrative explores the idea of automobiles as symbolic extensions of those who drive them, revealing their intentions, motivations, and personality. 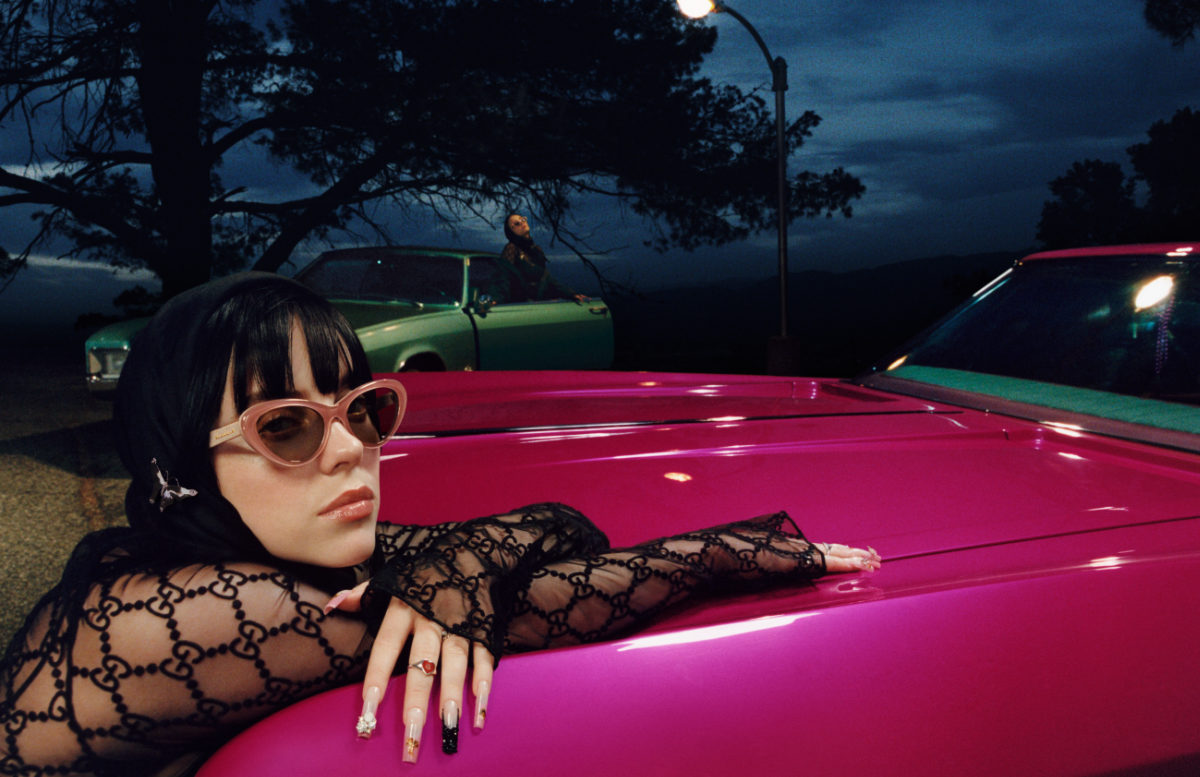 Blending retro allure and modern sophistication, the new eyewear collection is enveloped in the campaign’s mysterious mood. In the first visual, Billie Eilish wears caravan sunglasses in black acetate enriched with gold-toned Gucci script logo. The artist is also captured sporting a cat-eye design in pink and an ‘80s-inspired oversized sun mask elevated by the Gucci script logo on the temples. 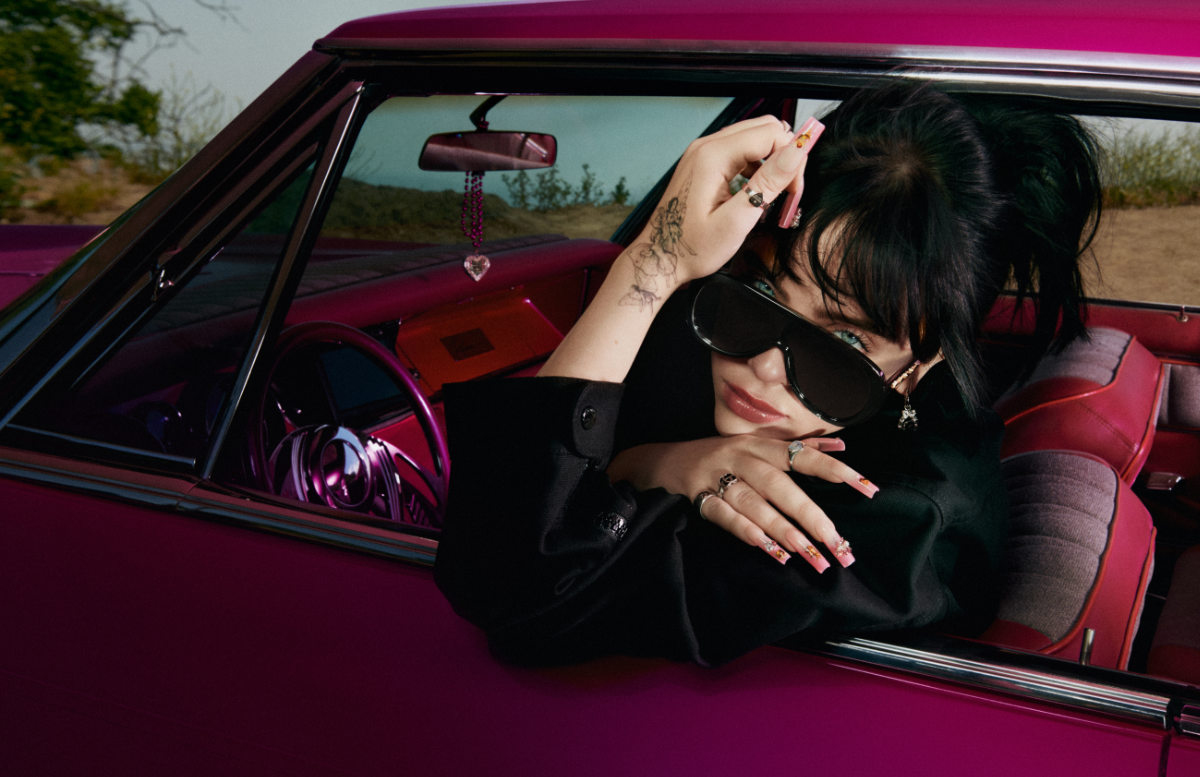 Reintepreting the House’s timeless aesthetic, the eyewear styles perfectly reflect the alluring and cinematic mood of the campaign, becoming part of an intriguing plot ready to be unraveled by the viewer.