A. Lange & Söhne is supporting the Dresden State Art Collections’ special exhibition “The key to life. 500 years of mechanical amusement” as part of a partnership dating back to 2006. As part of the exhibition, a wide range of historic automatons, instruments, watches, and mechanical theatres will go on show to the public for the first time ever. Its objective to highlight the development of precision mechanics over the past five centuries from the perspective of technology as well as art history is particularly close to A. Lange & Söhne’s heart. After all, these rare and artful gems are brought to life by the same mathematical and physical principles as the manufactory’s masterpieces. The exhibition takes place in the Kunsthalle in Dresden’s Lipsiusbau from 3 June to 25 September 2022. 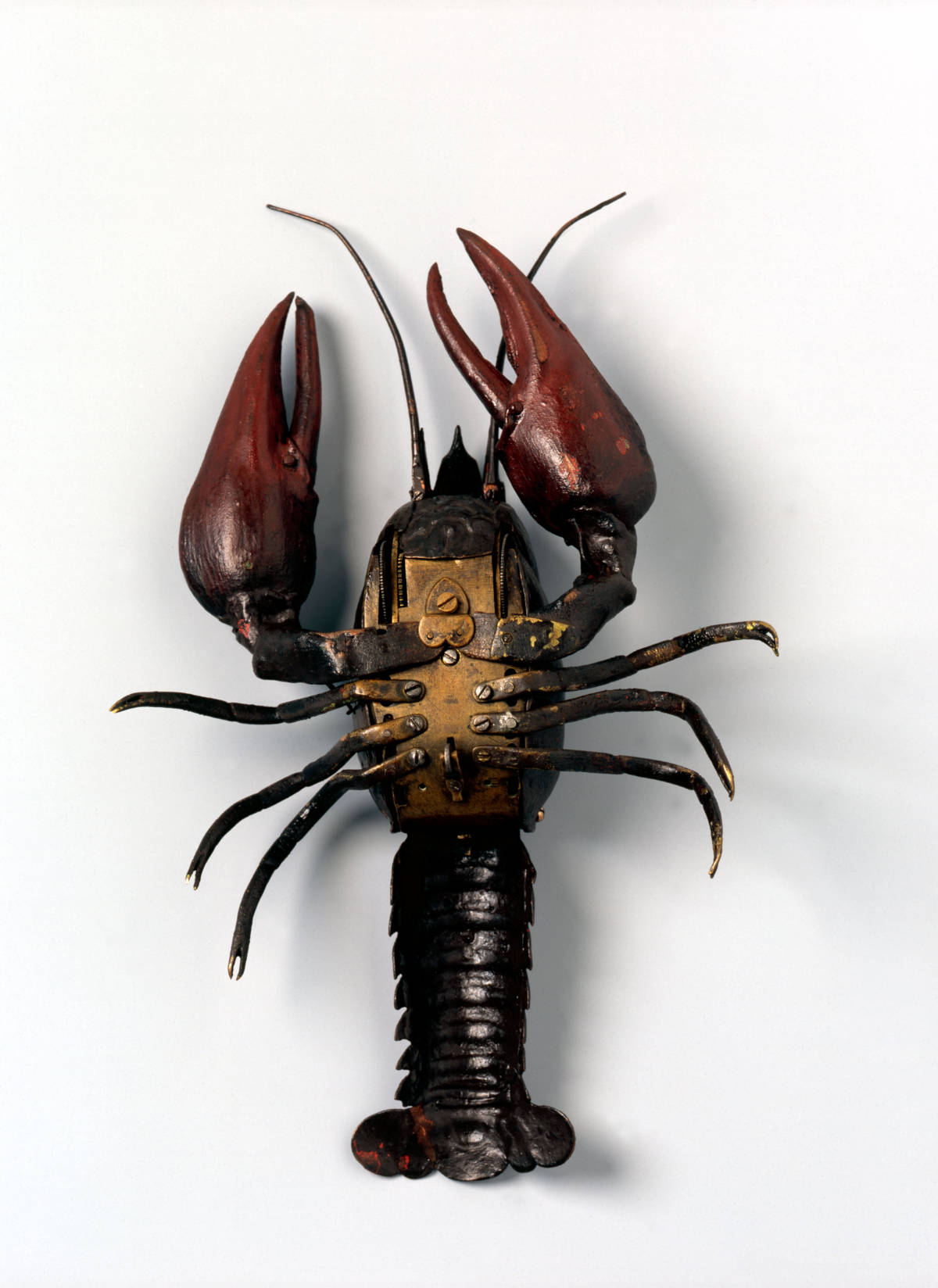 “Krebs” (Crab) by Hans Schlottheim from the late 16th century

A crab rattling its claws from 1590, the automaton “Verkehrte Welt” (Topsy-Turvy World) featuring a drum mechanism, dating from the same period, and a grandfather clock with a musical mechanism by the famed Dresden watchmaking dynasty Kaufmann from 1774: “The key to life. 500 years of mechanical amusement” offers a thrilling glimpse of a mainspring-driven world and invites the visitor to take a journey back in time. Held by the Royal Cabinet of Mathematical and Physical Instruments in partnership with the Museum for Saxon Folk Art, the exhibition showcases a unique collection of incredibly rare historical automatons, androids, and robots. Most of these imaginative rarities from the 16th to 18th centuries came from aristocratic sources, many from the Dresdner Kunstkammer, as at that time, this refined form of entertainment was reserved exclusively for nobility. It is a testament to the genius of their creators that these sophisticated objects, powered by extremely complex mechanisms, are still capable of functioning today, wowing visitors with their precision technology, craftsmanship, movements, and melodies. 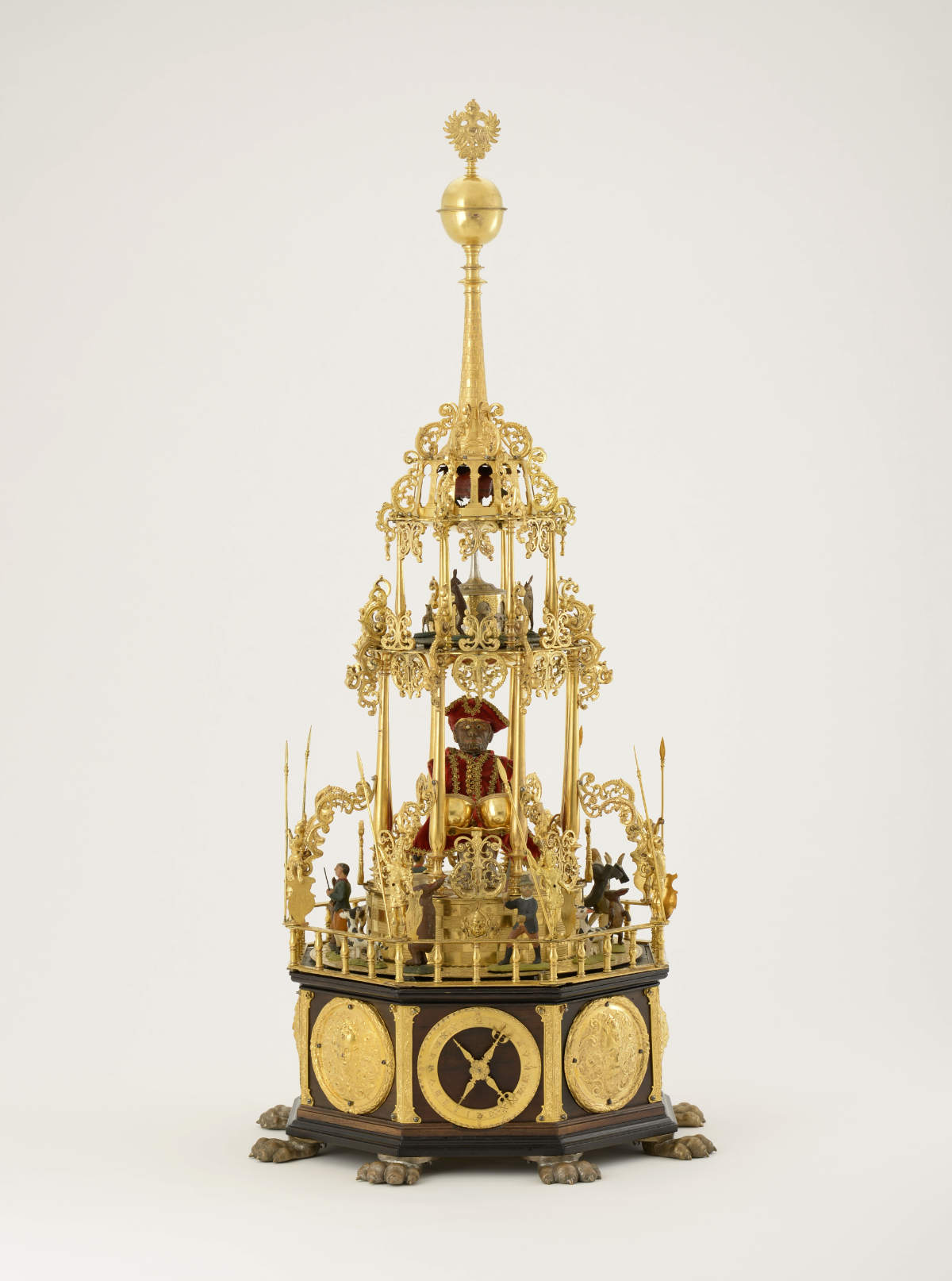 The exhibition also includes many pieces which were accessible to a wider audience in their time, such as the 19th-century mechanical theatres and 20th-century jukeboxes and change machines. Maria from Fritz Lang’s iconic 1927 silent film “Metropolis”, the first robot of film history, is also on display. Few works shaped the image of the man-machine and its societal significance more than this expressionistic science fiction film from Fritz Lang, which was the first film added to the UNESCO Memory of the World list. 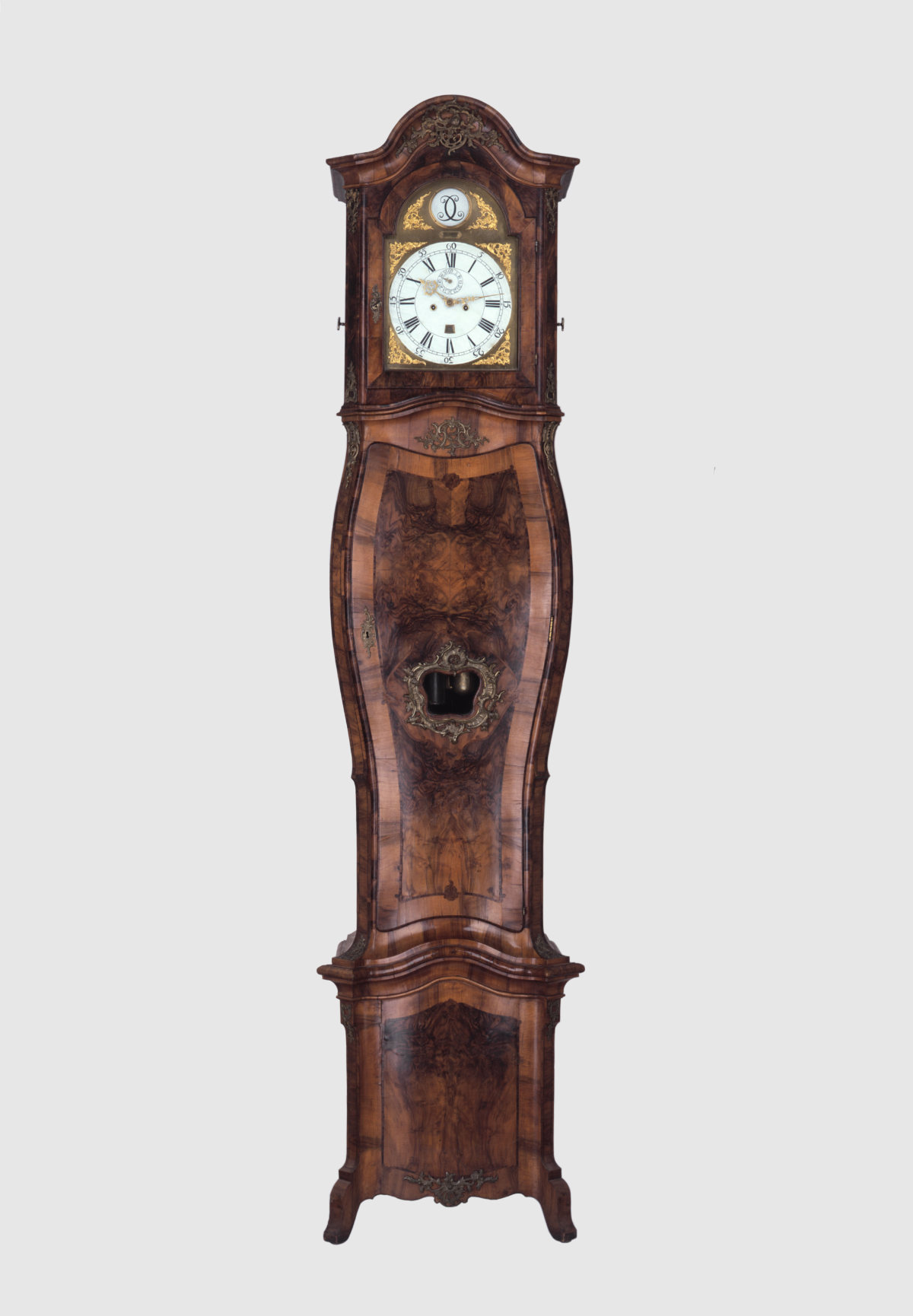 Like the tragic heroine of Lang’s epic, every exhibit reflects the state-of-the-art technology and zeitgeist of its time. With a unique thematic scope, “The key to life” tells the story and chronology of a craft that combines technical sophistication with art. The exhibition spans the arc of history to the present day, in which the fascination with precision mechanics, irrevocably linked with Saxon history, persisted throughout. 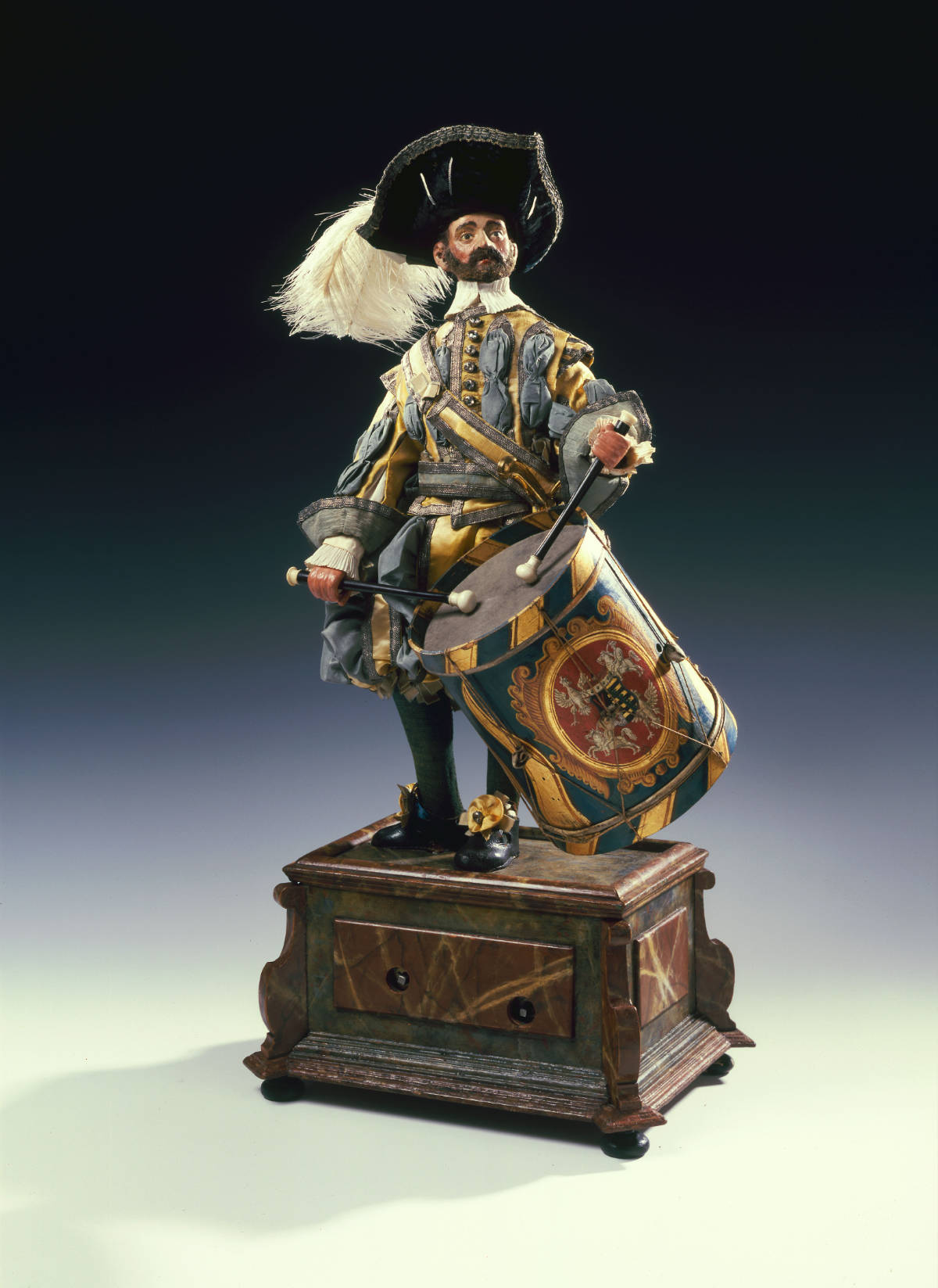 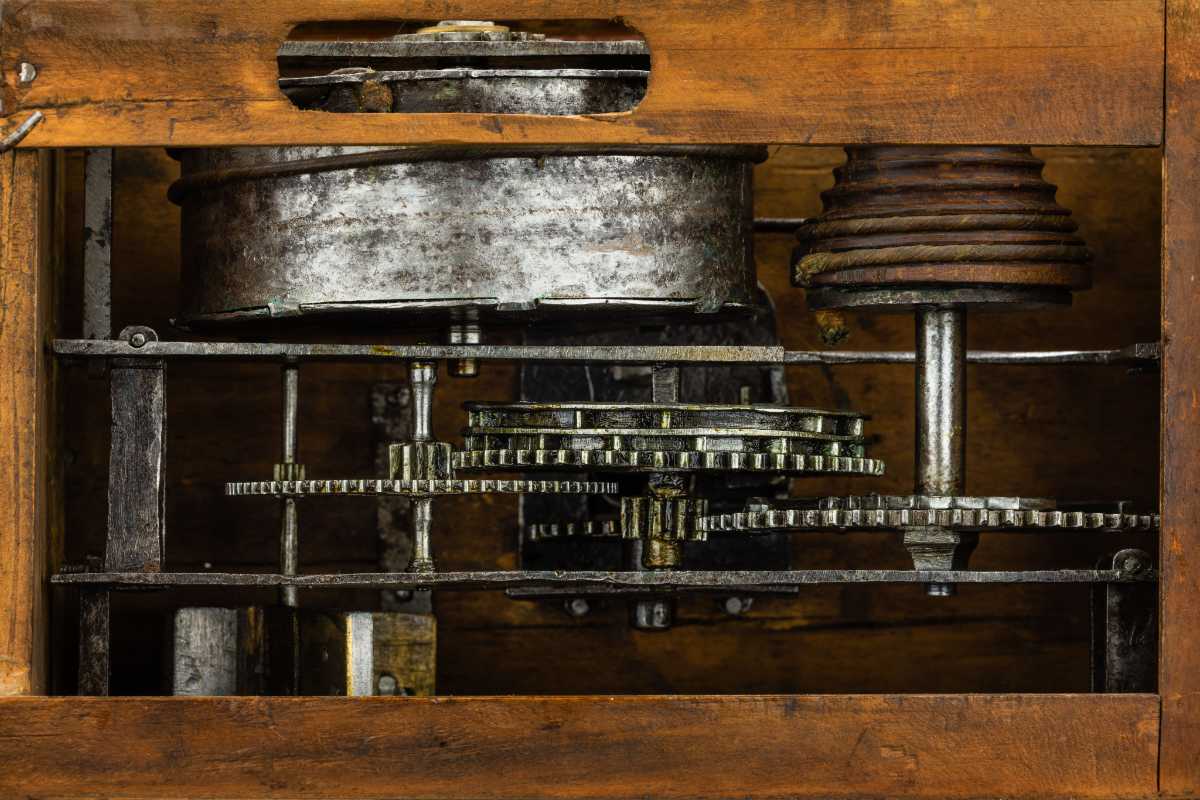 Lange CEO Wilhelm Schmid agrees: “‘The Key to Life’ reveals that the roots of Saxon precision watchmaking also include extraordinary automatons, toys and instruments as well as grandfather, wall and tower clocks. These astonishing designs have stood the test of time and still function today.” After all, these objects, mostly driven by a mainspring and wound by keys, operate with nothing else but a watch movement. “They are the same physical and mechanical principles that are used today in modern wristwatches, which we carefully produce by hand at A. Lange & Söhne.” For the manufactory, their commitment is an acknowledgement of these shared roots. “Our common aim is to illustrate technical and scientific connections and showcase the importance of timekeeping and European artisanal craftsmanship,” says Wilhelm Schmid.

Dresden watchmaker Ferdinand Adolph Lange laid the cornerstone of Saxony’s precision watchmaking industry when he established his manufactory in 1845. His precious pocket watches remain highly coveted among collectors all over the world. The company was expropriated after the Second World War, and the name A. Lange & Söhne nearly vanished. But in 1990, Walter Lange, Ferdinand Adolph Lange’s great-grandson, ventured to start over again. Today, Lange crafts only a few thousand wristwatches, mainly in gold or platinum, per year. They are endowed exclusively with proprietary movements that are lavishly decorated and twice assembled by hand. With 69 manufacture calibres developed since 1990, A. Lange & Söhne has secured a top-tier position among the world’s finest watch brands. Its greatest successes include brand icons such as the LANGE 1, the first regularly produced wristwatch with an outsize date, and the ZEITWERK, with its precisely jumping numerals. Extraordinary complications such as the ZEITWERK MINUTE REPEATER, the TRIPLE SPLIT and the so far most complicated model, the GRAND COMPLICATION, introduced in 2013 in a limited edition of six, represent what the manufactory always strives for: to drive the traditional art of watchmaking to ever-new heights. The sporty yet elegant ODYSSEUS, introduced in 2019, marked the start of a new chapter for A. Lange & Söhne.