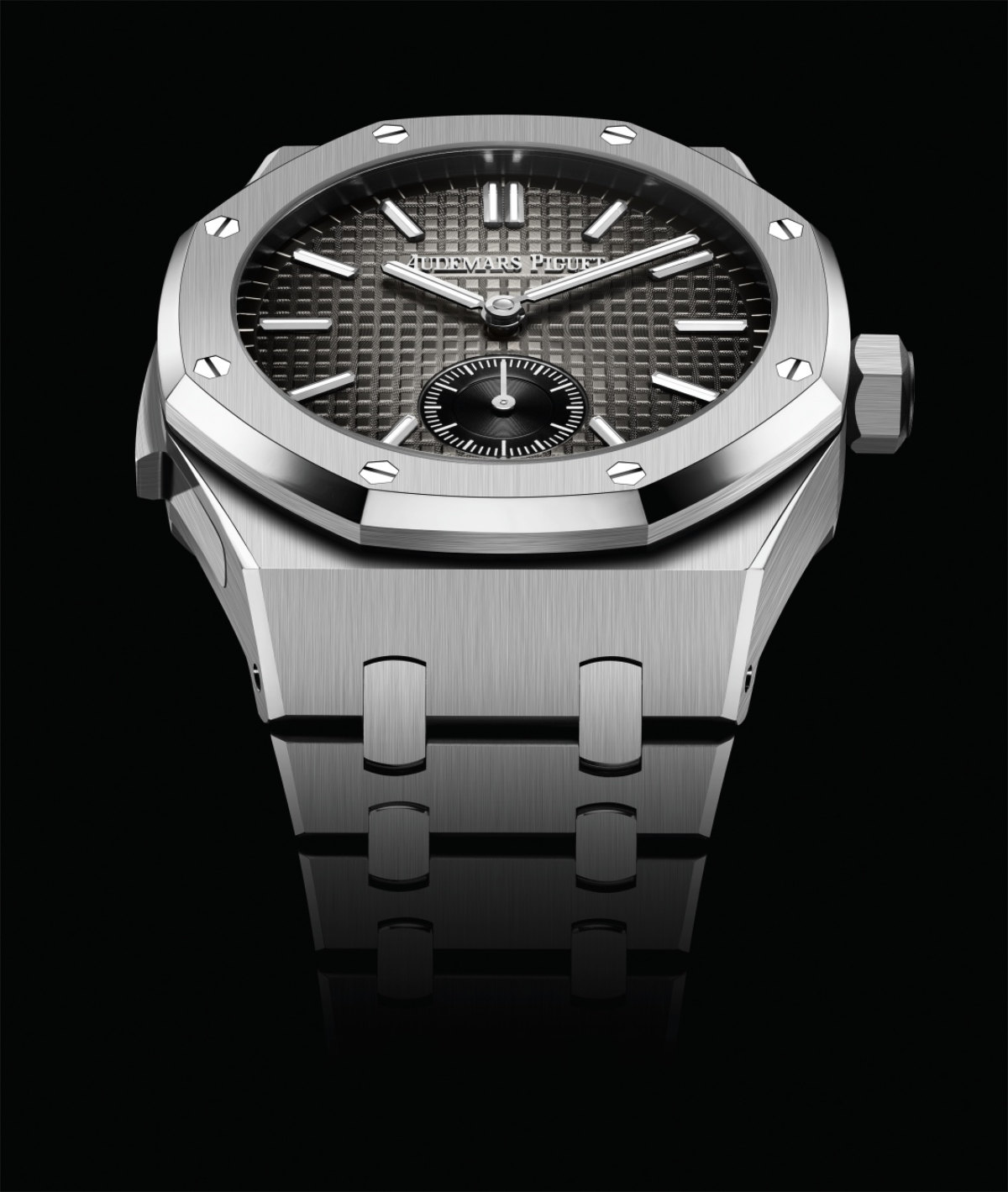 Swiss Haute Horlogerie manufacturer Audemars Piguet is happy to unveil a new version of its Royal Oak Minute Repeater Supersonnerie in titanium. This complicated limited production watch is equipped with the ground-breaking in-house hand-wound Calibre 2953 which is protected by three patents. The timepiece is adorned with a refined and highly stylised guilloché dial in smoked grey hues to complement the titanium case. Paying tribute to older chiming timepieces while utilising advanced technology, this watch will appeal to lovers of remarkable acoustic performances. 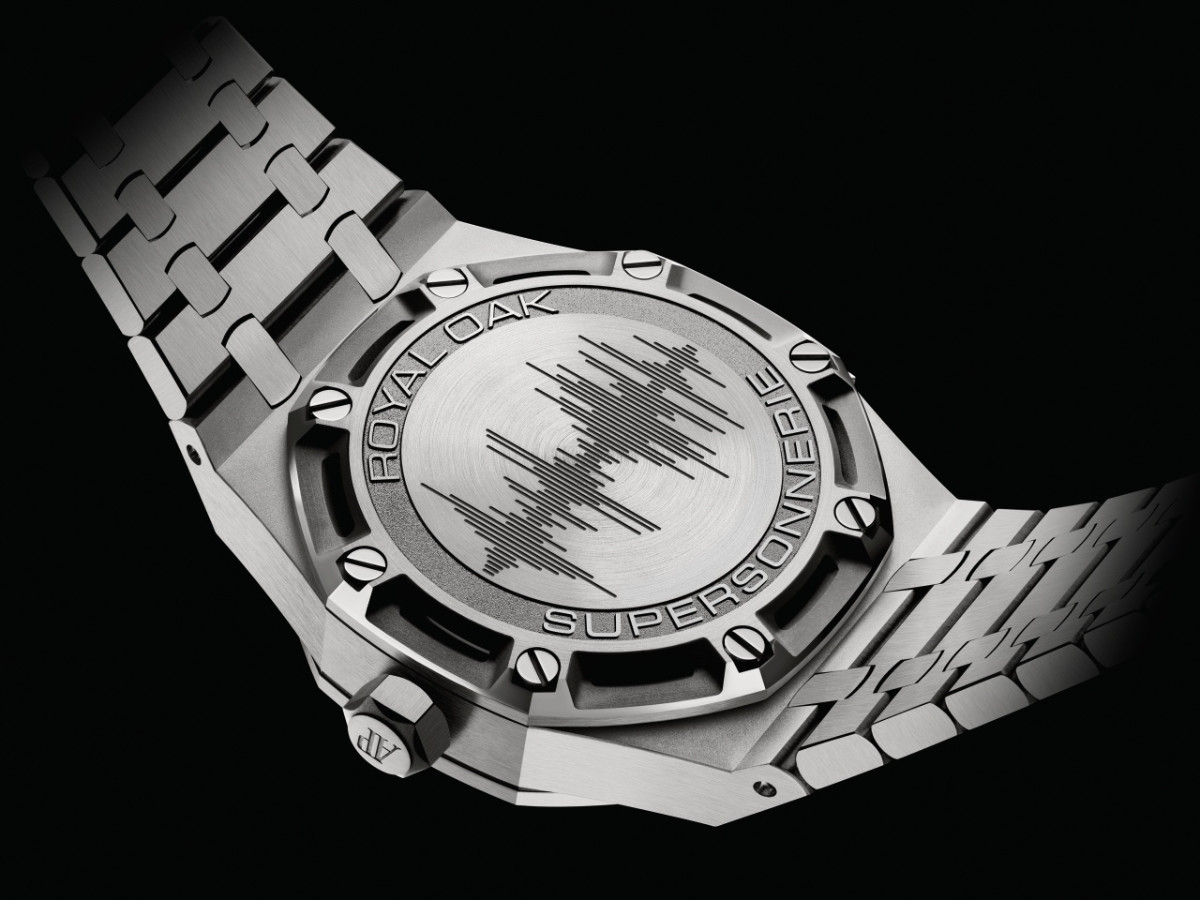 The titanium case and bracelet of the Royal Oak Minute Repeater Supersonnerie are enhanced by an elegant smoked grey dial contrasted with 18-carat white gold hour-markers and hands. © Courtesy of Audemars Piguet

Developed by Audemars Piguet and launched in 2016 in the Royal Oak Concept collection, the Supersonnerie mechanism endows this new minute repeater model with the volume and resonance usually associated with pocket watches. This patented technology results from 8 years of research in collaboration with EPFL, the Swiss Federal Institute of Technology in Lausanne. Inspired by the sonic power of older minute repeater watches as well as by the harmony of musical instruments, a dedicated community of watchmakers, technicians, academics and musicians reviewed the case construction to produce a new chiming technology.

The exceptional acoustic performance, sound quality and harmonic tone are granted by the patented gongs, case construction and striking regulator developed at the time. The gongs are not attached to the mainplate, but to a new device acting as soundboard, which improves sound transmission and boosts sound amplification. The redesigned striking regulator – the device that sets the pace of the hours, quarters and minutes chiming sequence – has been revised and now incorporates an innovative, more flexible anchor system which absorbs shocks and eliminates unwanted noise.

Furthermore, an astute mechanical modification of the chiming sequence has mitigated the quarter-hour pause between the chiming of the minutes and the hours, when the watch does not strike the quarter hours. Last but not least, a security function prevents the wearer from activating the hand-setting function while the minute repeater mechanism is striking.

This technology equips the Manufacture’s latest hand-wound minute repeater movement, Calibre 2953. With its 362 components, it attests to Audemars Piguet’s uncompromising spirit with its blend of advanced technology and refined, traditional finishing. 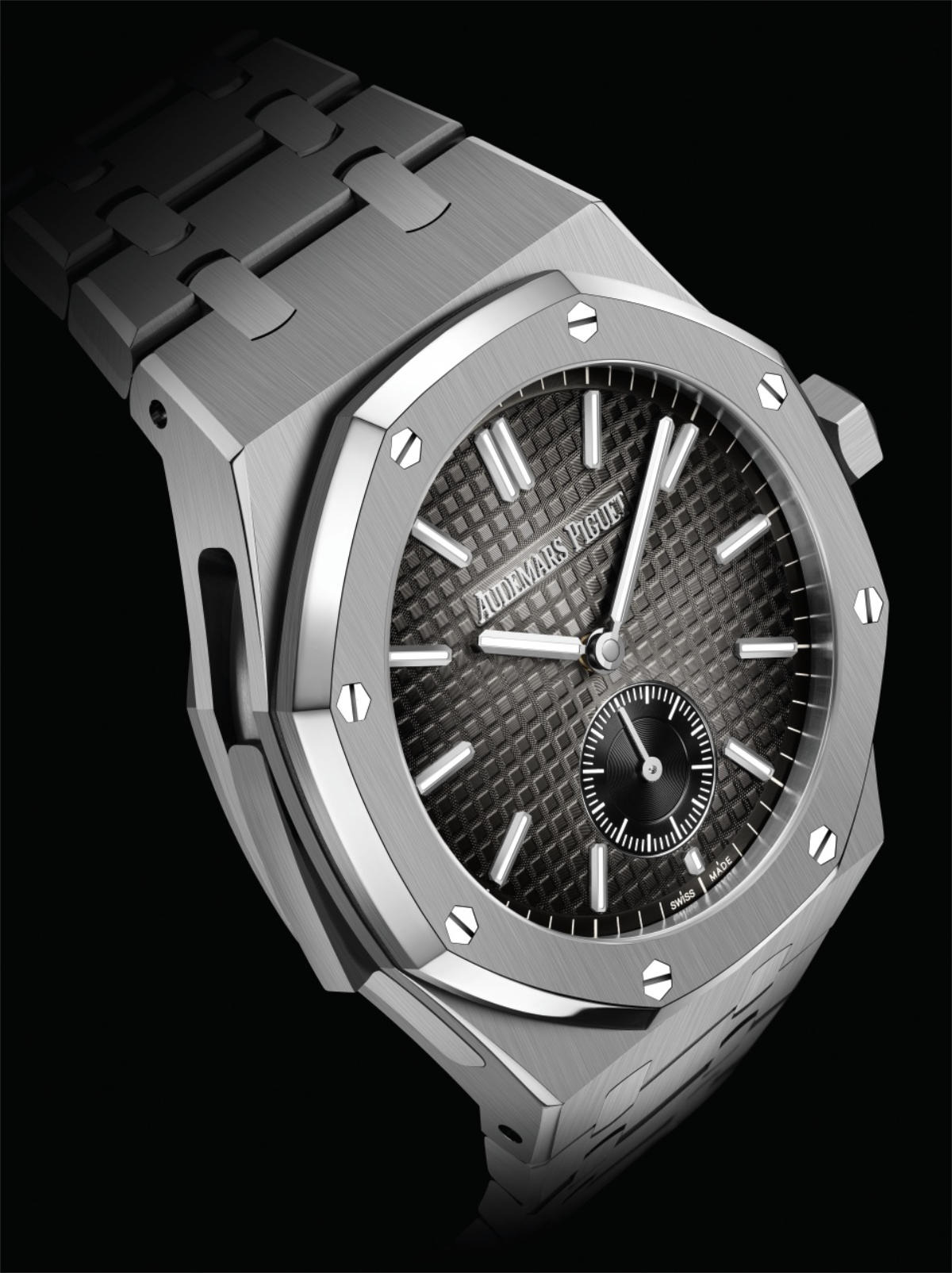 This 42 mm Royal Oak Minute Repeater Supersonnerie encompasses a titanium case and bracelet both meticulously finished with an alternation of satin-brushing and polishing. Furthering the piece’s monochromatic aesthetic, the smoked grey “Grande Tapisserie” dial subtly progresses into dark hues towards the dial’s extremity, nearly reaching pure black at the edges. It is complemented with white gold applied hour-markers and Royal Oak hands with luminescent coating for optimum legibility. The black small seconds counter at 6 o’clock echoes the inner bezel, while its snailed finishing contrasts with the Tapisserie motif. The titanium caseback is engraved with the “Royal Oak Supersonnerie” indication and a soundwave motif.

A CONTEMPORARY TRIBUTE TO THE PAST

Since its establishment in 1875, Audemars Piguet has specialised in chiming mechanisms and crafted complex Grande Sonnerie, Petite Sonnerie and Minute Repeater mechanisms ever since. Records show that more than half of the 1625 watches produced between 1882 and 1892 included a chiming mechanism. This achievement can be attributed to the remarkable skills of the craftspeople working for the Manufacture across dozens of workshops in the Vallée de Joux.

While the production of chiming pocket watches never stopped at Audemars Piguet, the creation of chiming wristwatches was very rare throughout most of the 20th century. Between 1892 and 1957, the Manufacture created 35 minute repeater wristwatches. By the 1960s, chiming mechanisms were exclusively featured in pocket watches. Chiming wristwatches made their come back at Audemars Piguet in the 1990s, following the revival of other classic complications in the aftermath of the quartz crisis.

Today, Audemars Piguet continues to push the limits of watchmaking with its interweaving of ancestral savoir-faire, state-of-the-art technology and uncompromising design as represented by the new Royal Oak Minute Repeater Supersonnerie.

“Born in Le Brassus, raised around the world.” 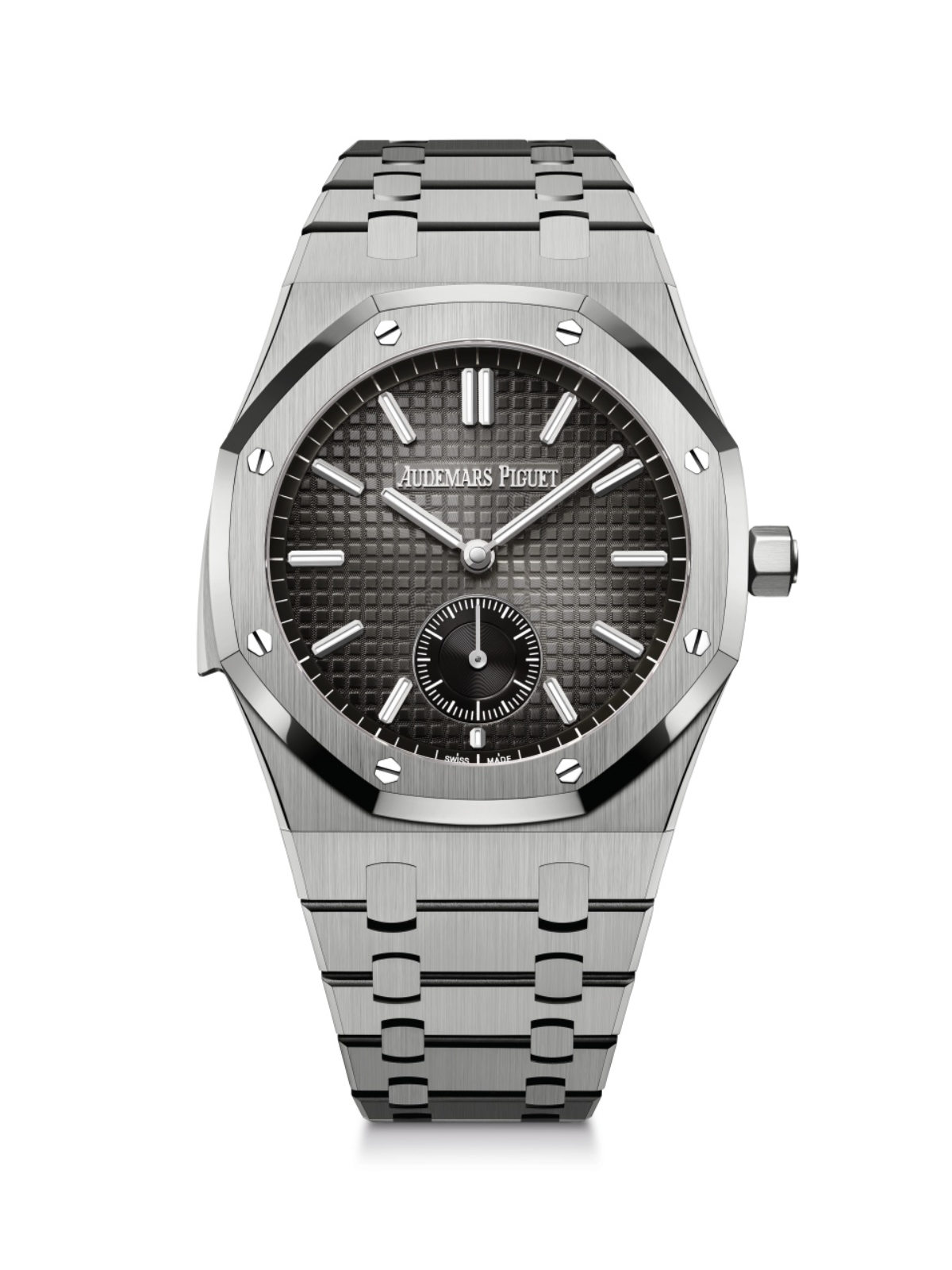 Audemars Piguet is the oldest fine watchmaking manufacturer still in the hands of its founding families (Audemars and Piguet). Based in Le Brassus since 1875, the company has nurtured generations of talented craftspeople who have continuously developed new skills and techniques, broadening their savoir-faire to set rule-breaking trends. In the Vallée de Joux, at the heart of the Swiss Jura, Audemars Piguet has created numerous masterpieces, testament to the Manufacture’s ancestral savoir-faire and forward-thinking spirit. Sharing its passion and savoir-faire with watch enthusiasts worldwide through the language of emotions, Audemars Piguet has established enriching exchanges among fields of creative practices and fostered an inspired community. Born in Le Brassus, raised around the world. — www.audemarspiguet.com