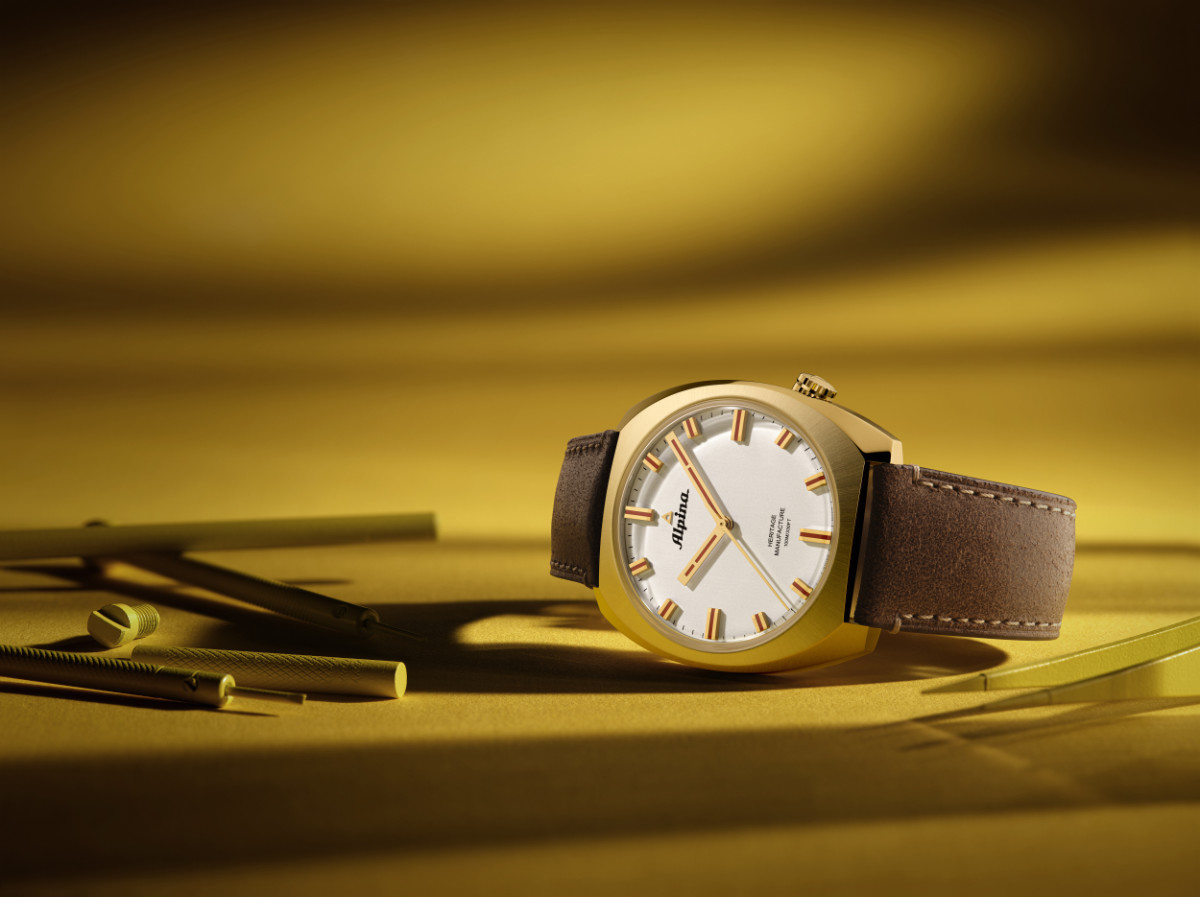 Founded in 1883, Alpina is a forward-looking manufacture, that occasionally allows itself a foray into its heritage. With almost 140 years of innovative collections and as many models that have made a mark in their time, its legacy has become a source of inspiration, turning up some little-known gems.

Once again, Alpina sets itself apart from the vintage trend aimed at creating an exact reproduction of a bygone watch. The brand prefers to focus on one of its rarest features, one called the "bumper movement". This is not a watch, a design or a dial, but a type of calibre. 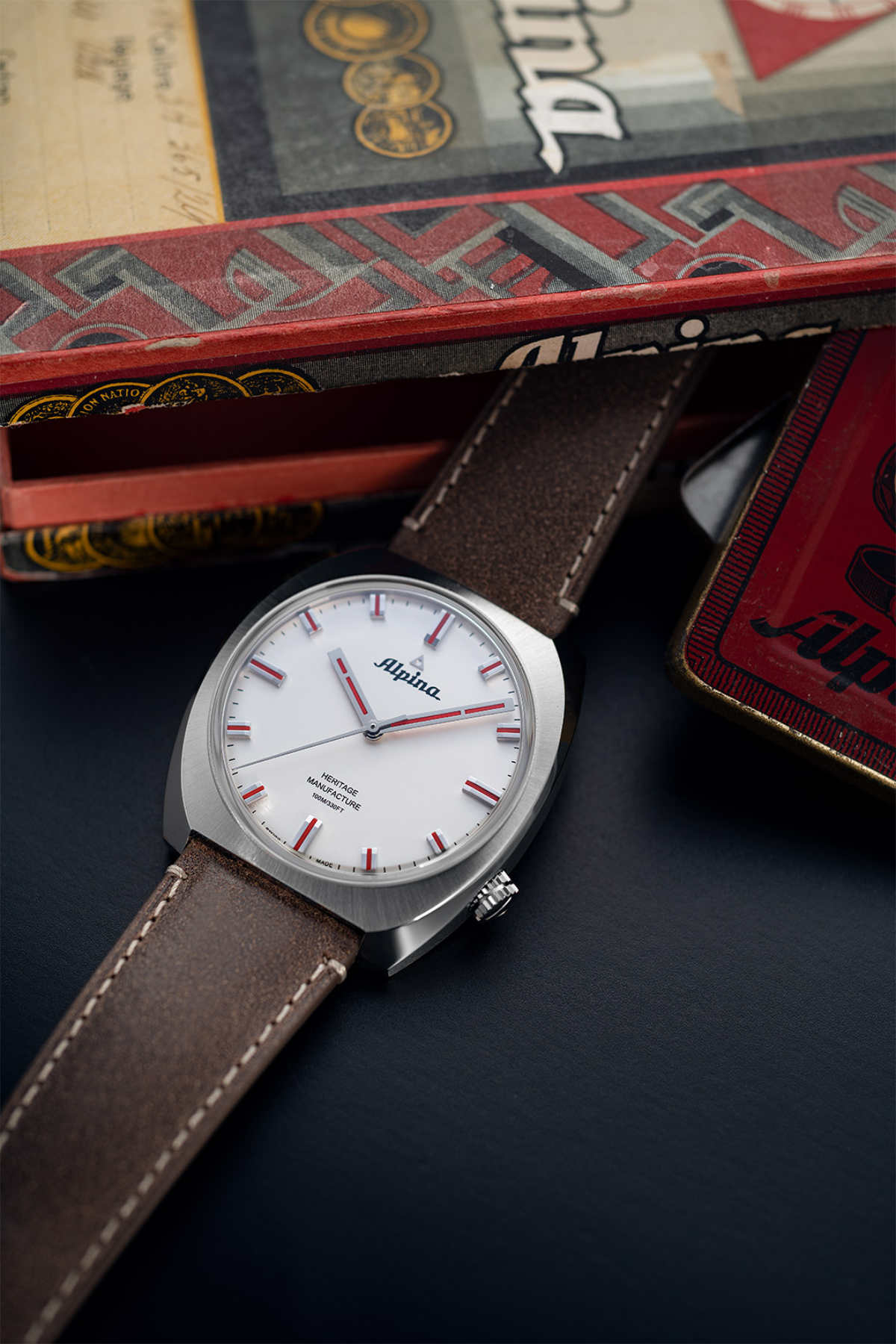 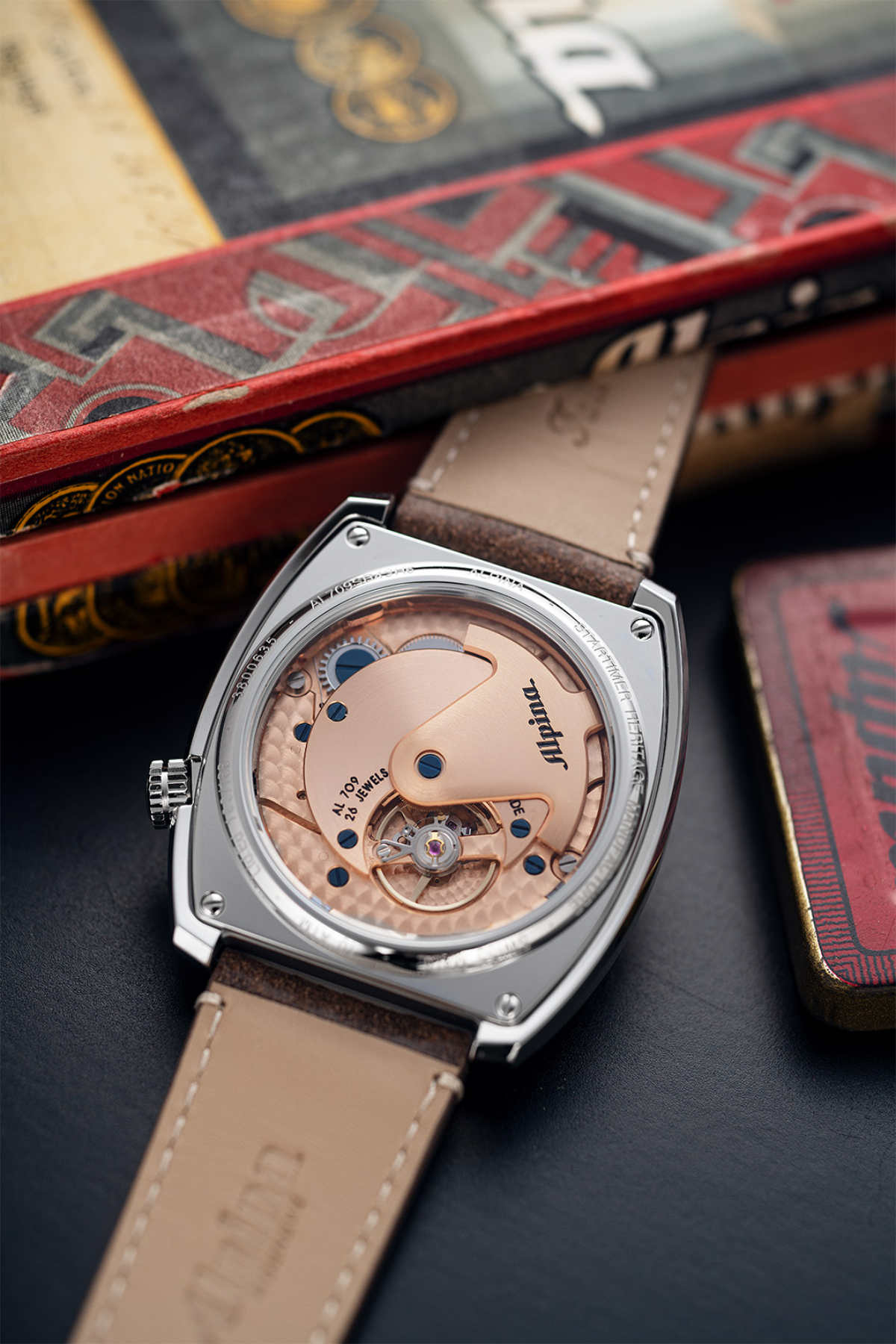 The little-known story of the "bumper"

The "bumper movement" was used by Alpina in the 50s. Today, it is extremely rare – if not virtually impossible – to find. It is a movement with an oscillating weight that instead of turning 360° like a contemporary rotor, turns 120°.

On both sides of its course, a small spring serves to send the mass back in the opposite direction and facilitate the winding of the movement. The concept was simple and effective but gradually phased out in favour of the 360° rotor, becoming a rare movement sought-after by collectors. 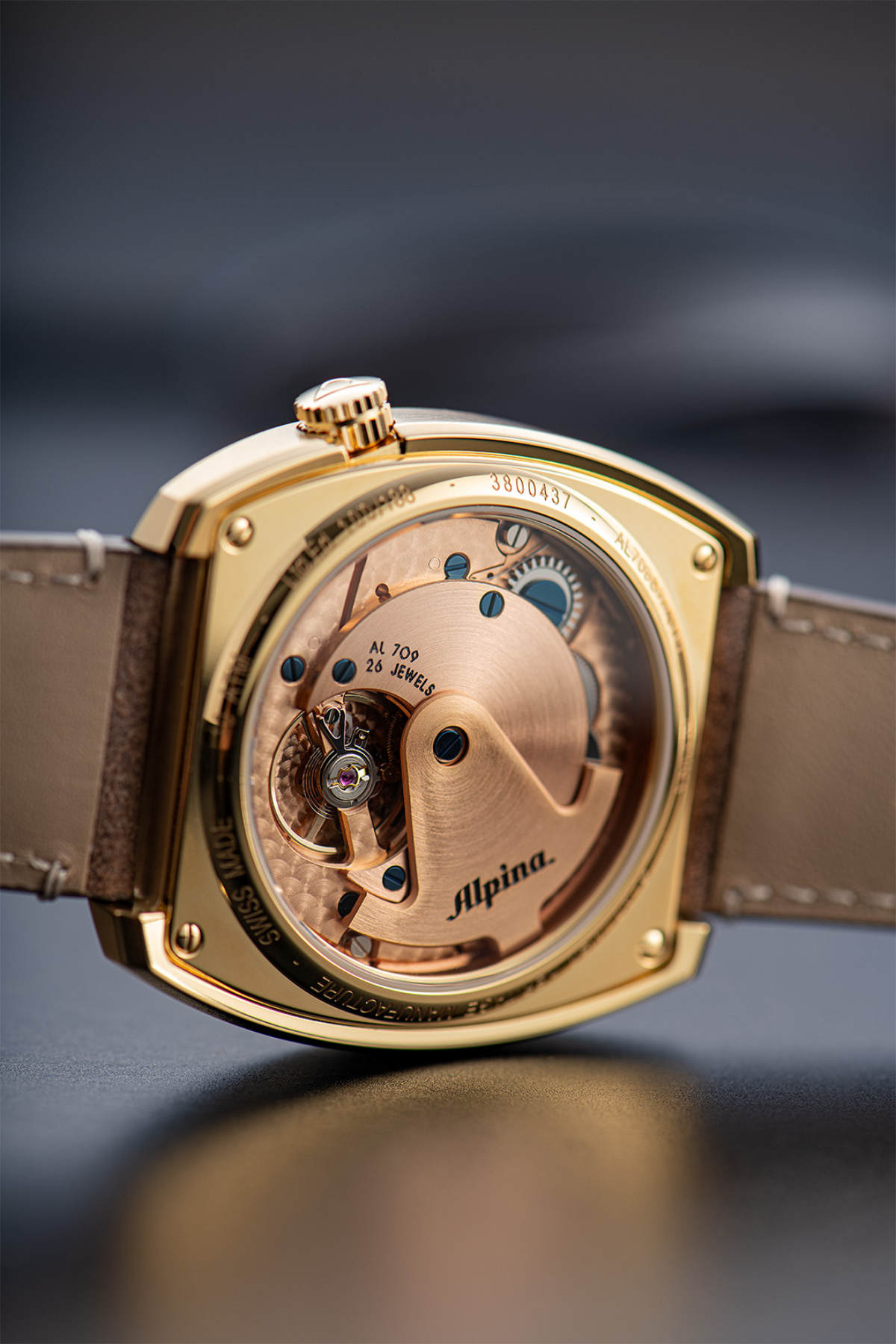 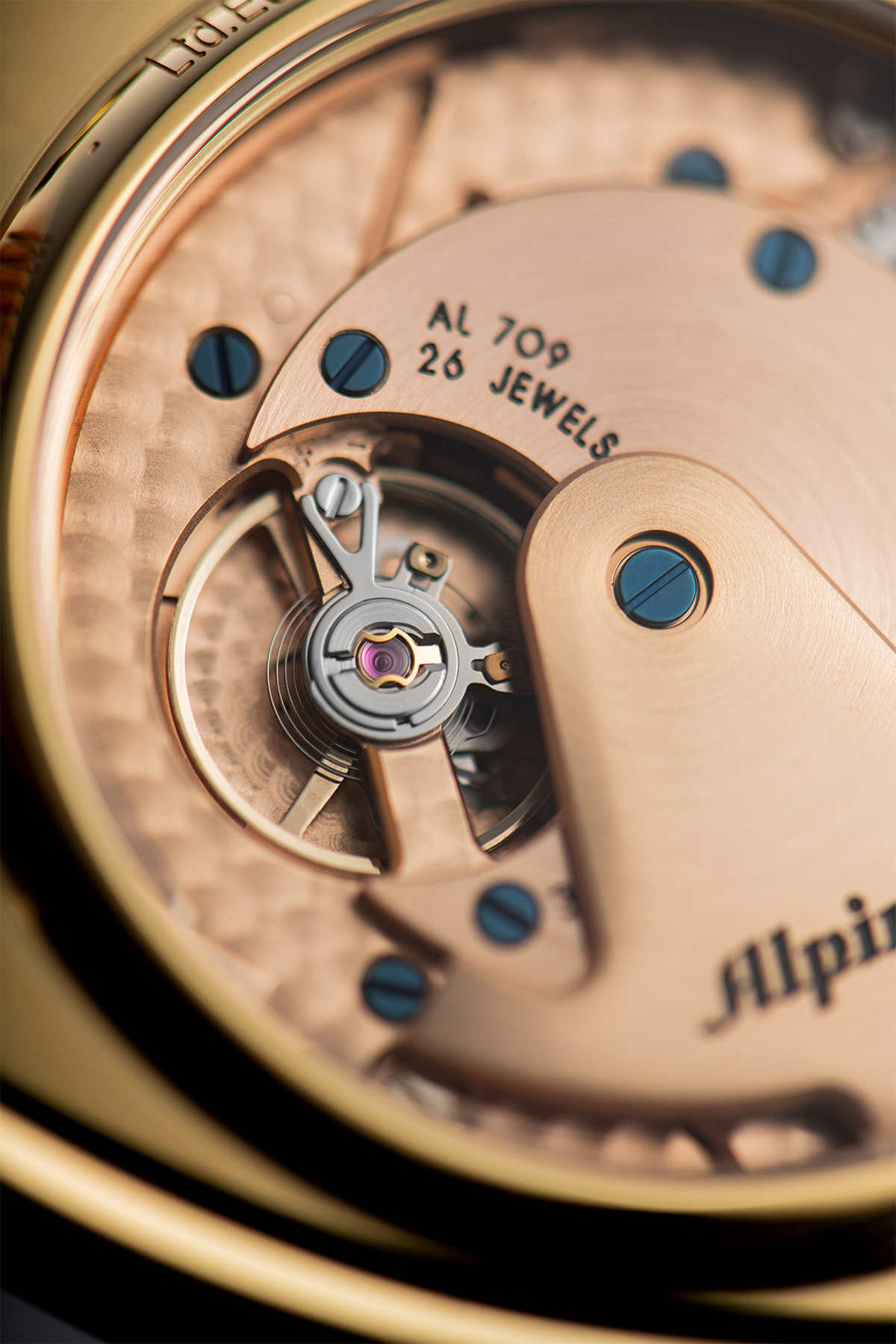 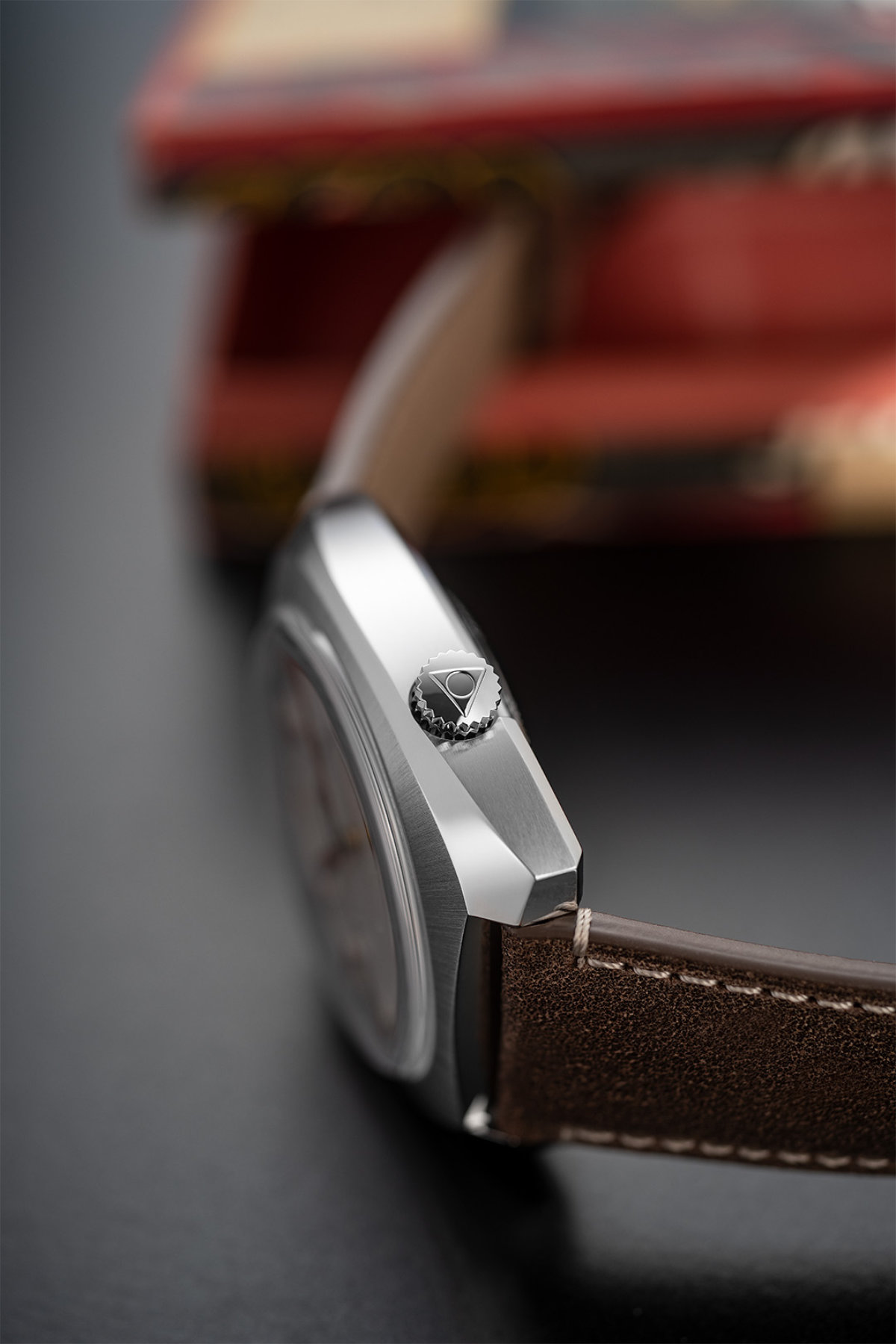 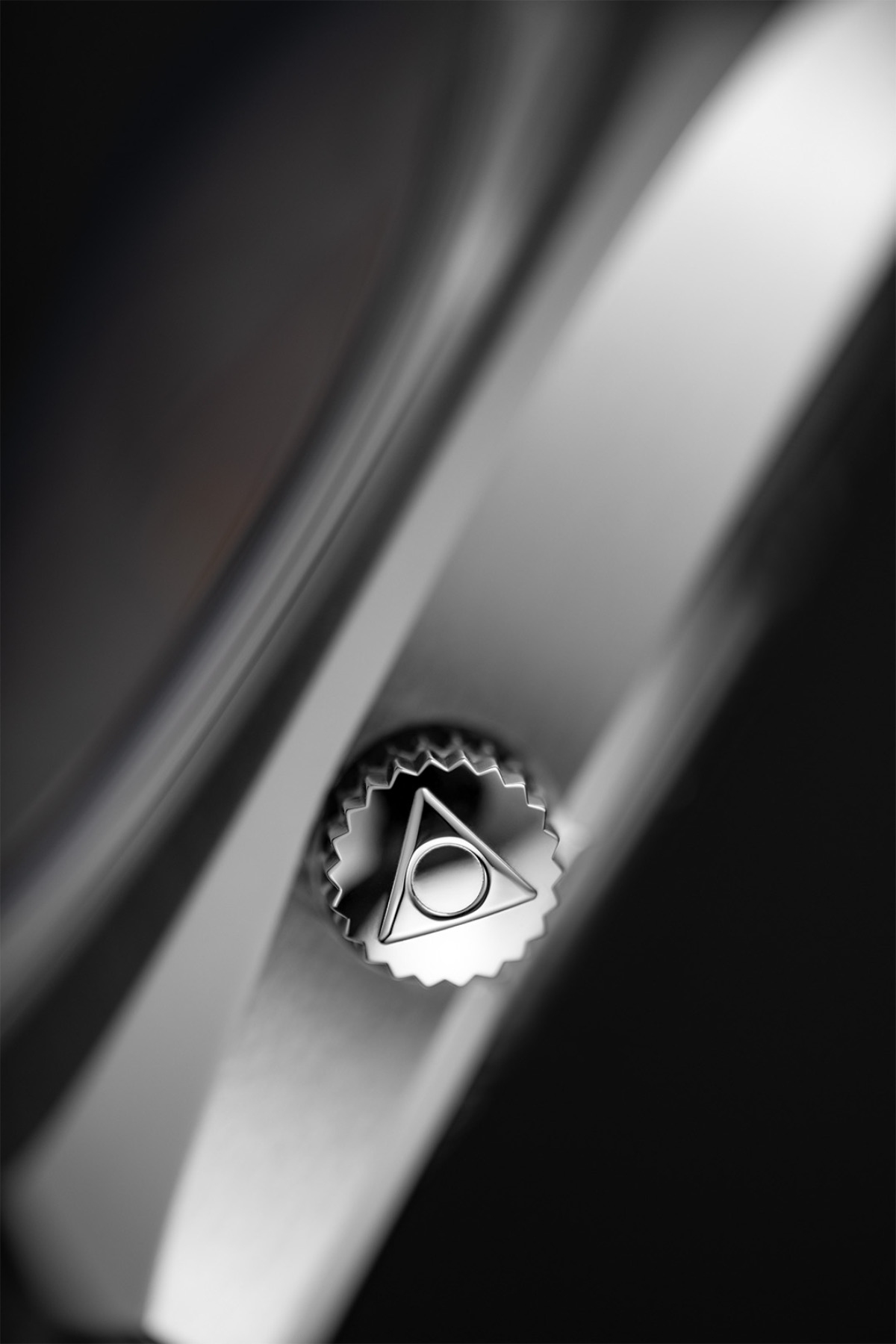 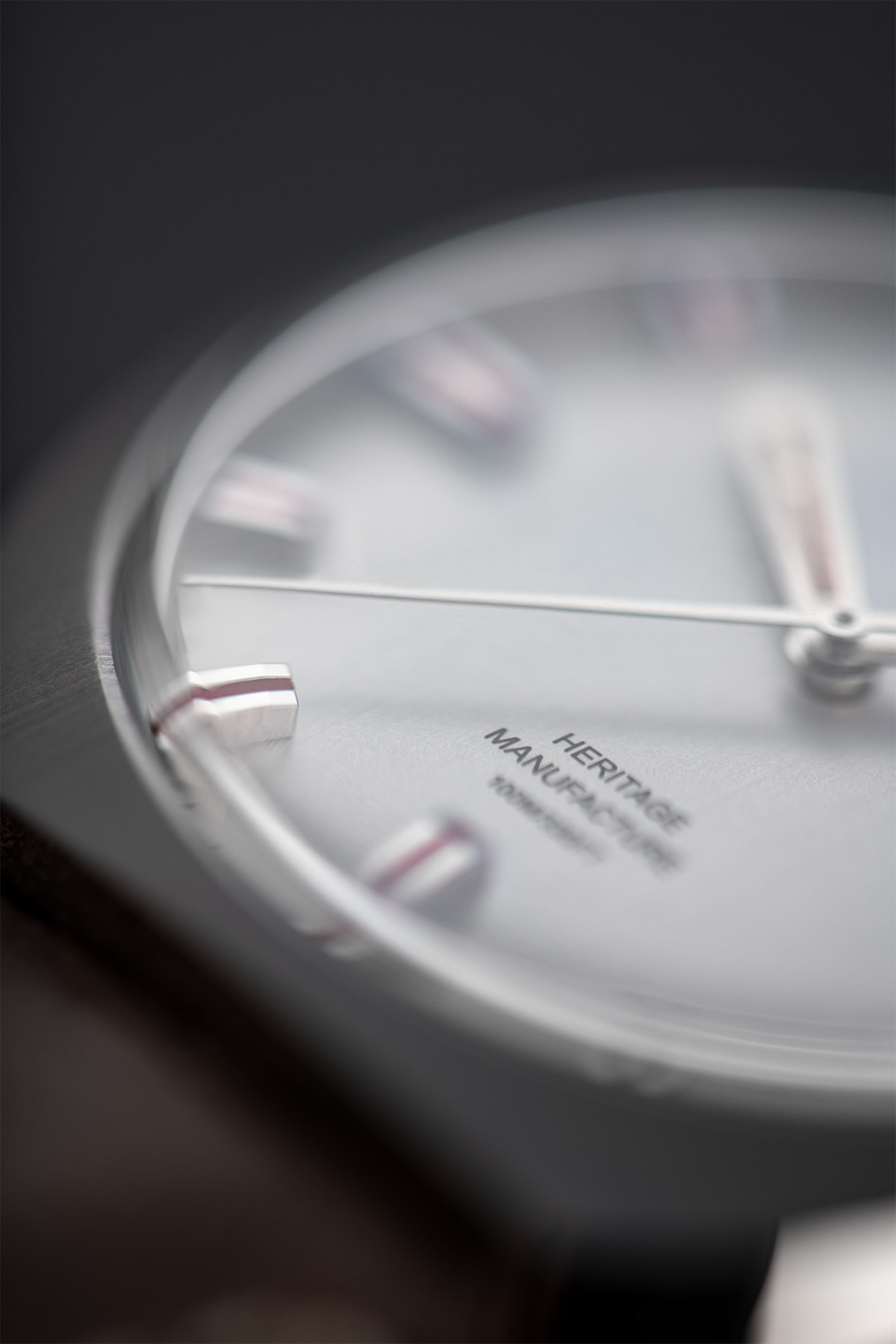 Now, Alpina has drawn inspiration from this unusual winding in developing its sixth Manufacture movement. It beats within the new Startimer Pilot Heritage Manufacture, a prestigious piece, aimed at fans of Swiss Made watches. Known as the AL-709, the movement is a contemporary, accurate and robust creation that incorporates the hallmarks of its predecessor, the "bumper". This is because Alpina has designed its key component, the rotor, in the style of that from the Fifties. The oscillating weight from the Startimer Pilot Heritage Manufacture and that of the vintage "bumper” are related, sharing the same geometry and the same inspiration, but for two details: the vintage version rotates 120°, while the new one rotates 330°. Secondly, the traditionally shaped springs originally used have been replaced by a blade for greater rotation. The AL-709 calibre can also be admired in all its glory through the open case back. 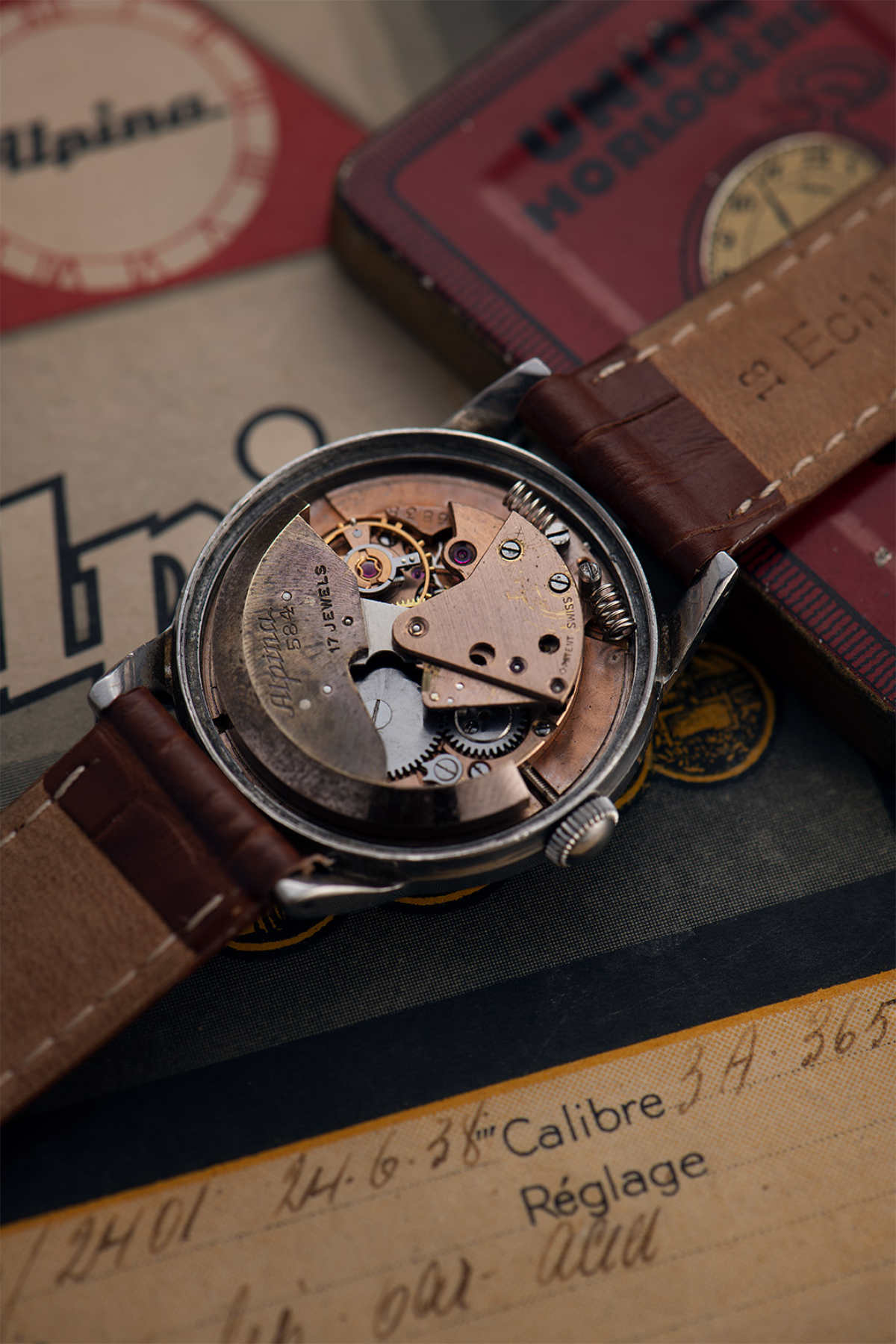 The advent of a new Startimer Pilot Heritage

To celebrate its new movement, Alpina has selected the cushion-shaped case from its Startimer Pilot Heritage collection. It is the perfect combination of a circle in a square with delicately rounded edges, emphasised by a case middle that alternates between polished and satin-brushed surfaces.

The AL-709 calibre hugs each contour, as a mark of respect for watchmaking tradition. Previously, the calibre and the case had to have exactly the same profile (in the tradition of so-called "form" movements). The beating heart of the watch becomes one with the delicate cushion that follows the contour of the wrist. To complete the vintage look, Alpina has given the Startimer Pilot Heritage Manufacture a dial with an iconic design harking back to the pilots watches also created by the brand in the 50s. 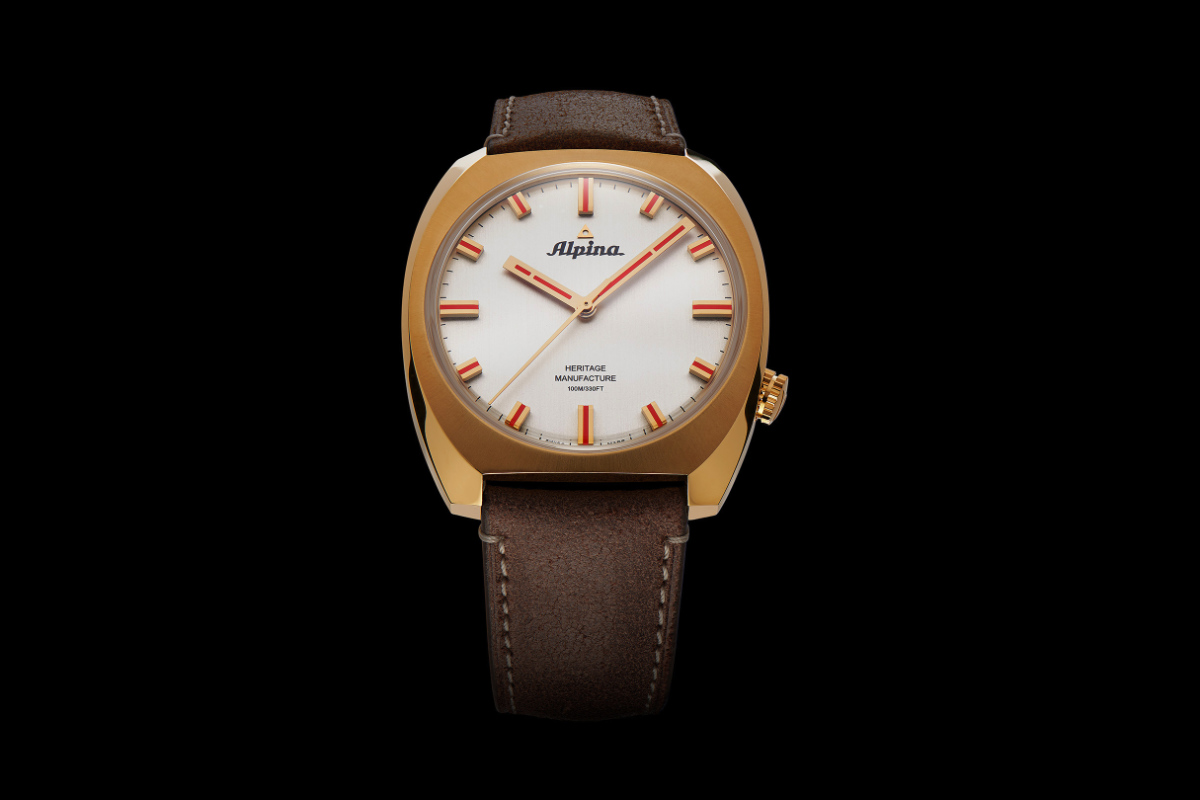 Two versions of the Startimer Pilot Heritage Manufacture are coming out to honour the modern renaissance of the "bumper". Collectors will be pleased to know that each is limited to just 188 pieces.

Sharing the same dimensions (42 mm), they come in a yellow gold-plated and a steel version. Three matching hands are enhanced by a central red line for a sporty feel. To maintain the flow of the case, the crown has been placed at 4 o’clock, in the vanishing line of the caseband. With a power reserve of 38 hours, both are worn on a brown calfskin strap with off-white topstitching. 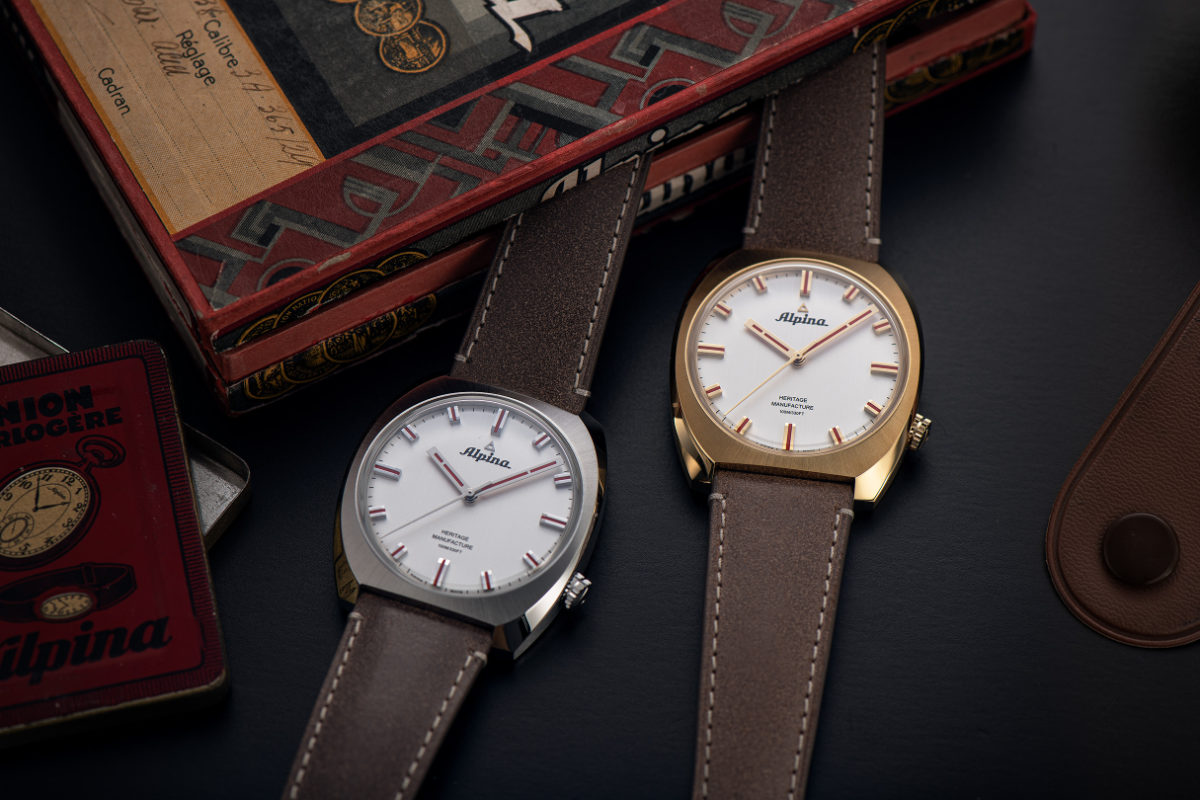 ABOUT ALPINA, SWISS MANUFACTURER OF ALPINE SPORTS WATCHES SINCE 1883

Founded in 1883 and famous for its iconic red triangle, Alpina is a Swiss watch manufacturer based in Geneva. The brand set out to design luxury sports watches offering exceptional accuracy and reliability in the most challenging sporting environments, like the Alps. A true pioneer of the watchmaking industry, Alpina has been the source of numerous patents and innovative calibres over the past 138 years. At the beginning of the 20th century, Alpina became the official supplier of watches to military pilots, before revolutionising the concept of sports watches in 1938 with the legendary Alpina 4.

True to its long tradition of innovation, Alpina launched the first Swiss made Horological Smartwatch in 2015, creating a new segment in the luxury Swiss sports watch market. In 2020, the brand introduced the AlpinerX Alive, a new generation of connected watches equipped with a heart rate monitor and GPS, among other things. Also committed to protecting the planet, Alpina created the Seastrong Diver Gyre Automatic range using recycled plastic from the oceans. In 2021, the brand is doubling down on its promise to get involved with organisations fighting to protect the environment. Joined together by the unifying principle We Shape the Change – the environmental equivalent of Reach Your Summit – Alpina will undertake a variety of measures aimed at drawing public attention to current environmental issues.

Inspired by the Alps from the very beginning, Alpina has always been heavily involved in outdoor activities and mountain sports. The brand has established strong partnerships demonstrating its commitment to this world, as well as a team of 'Alpinists', including athletes and friends of the brand working in the most challenging environments. 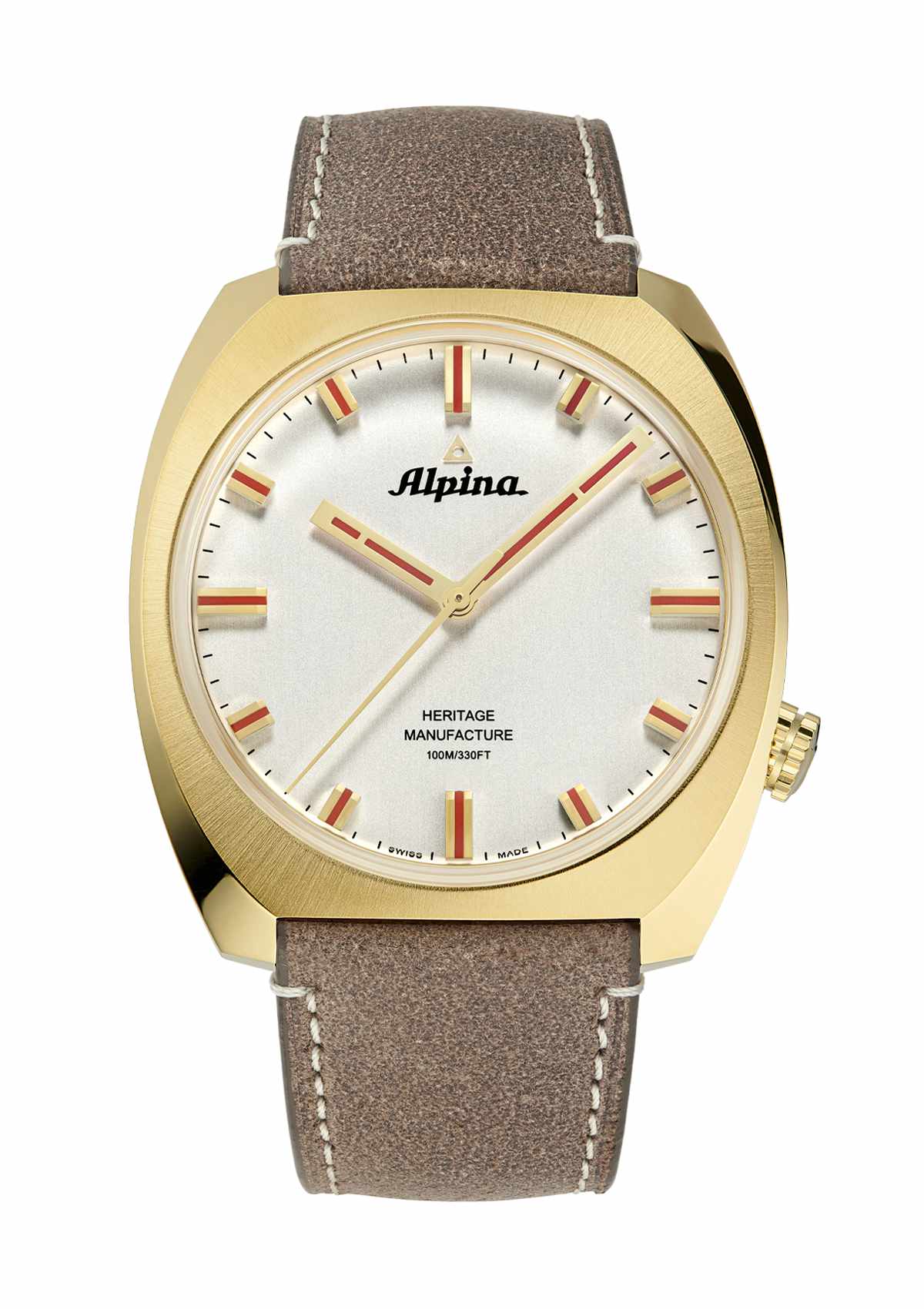 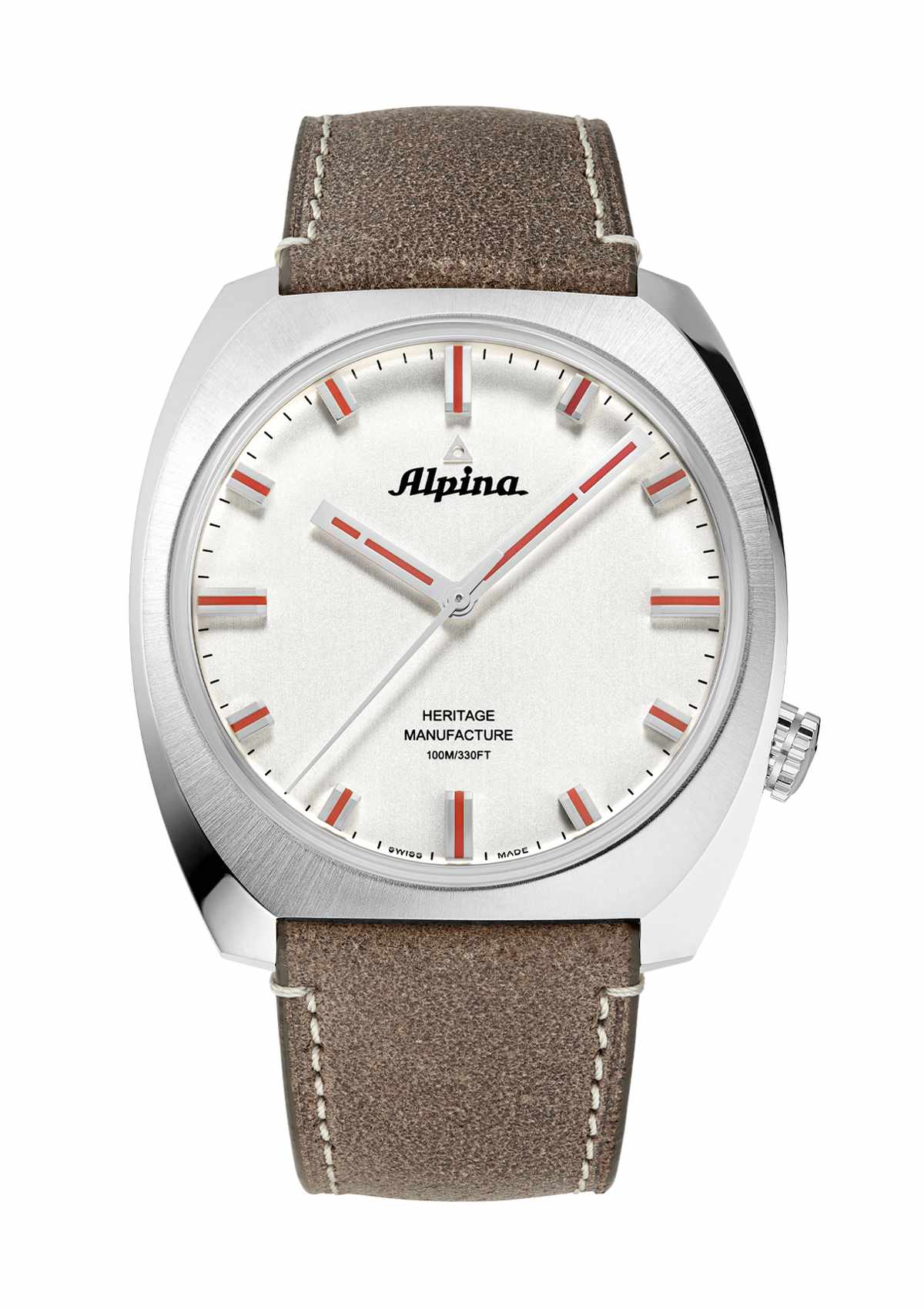 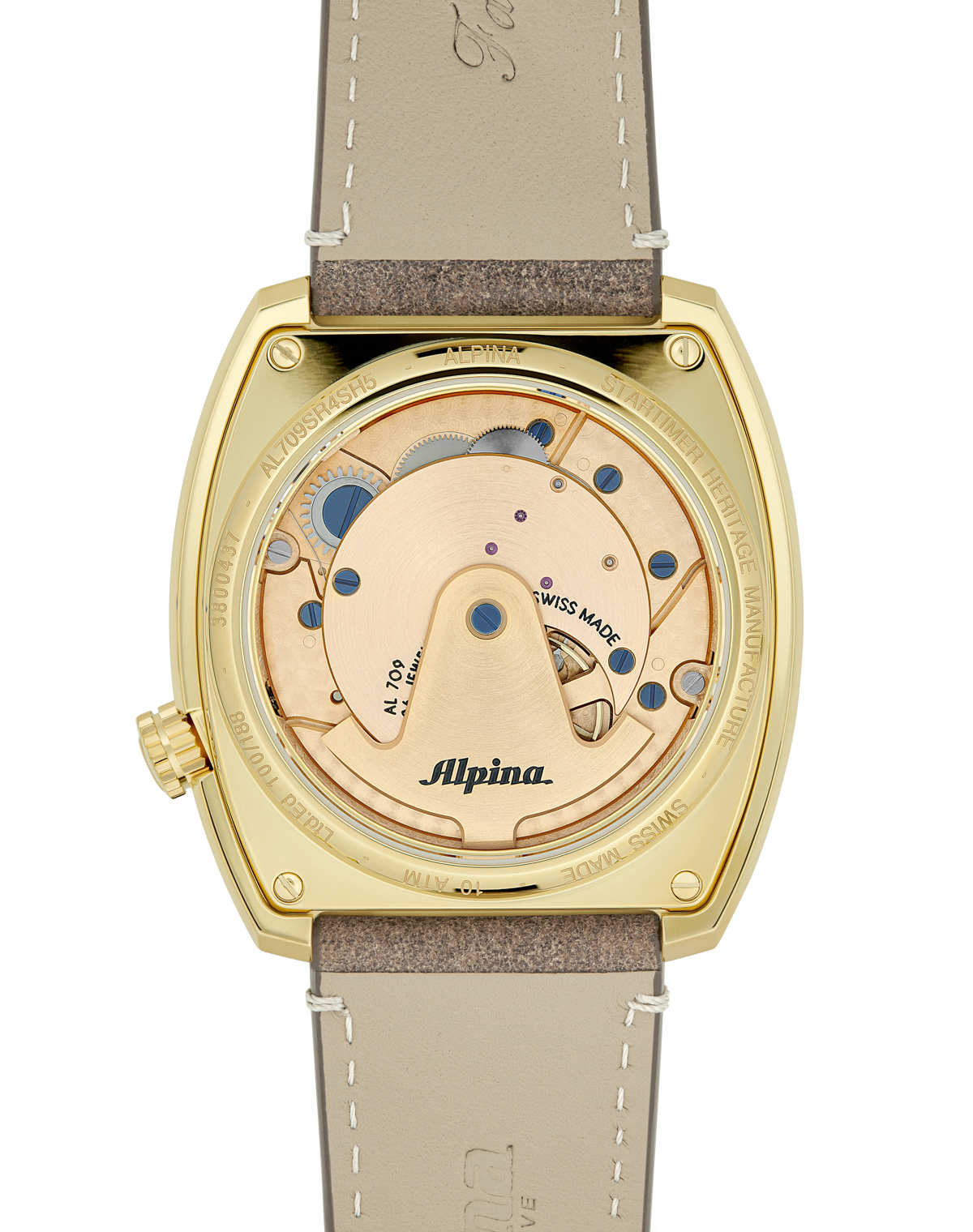 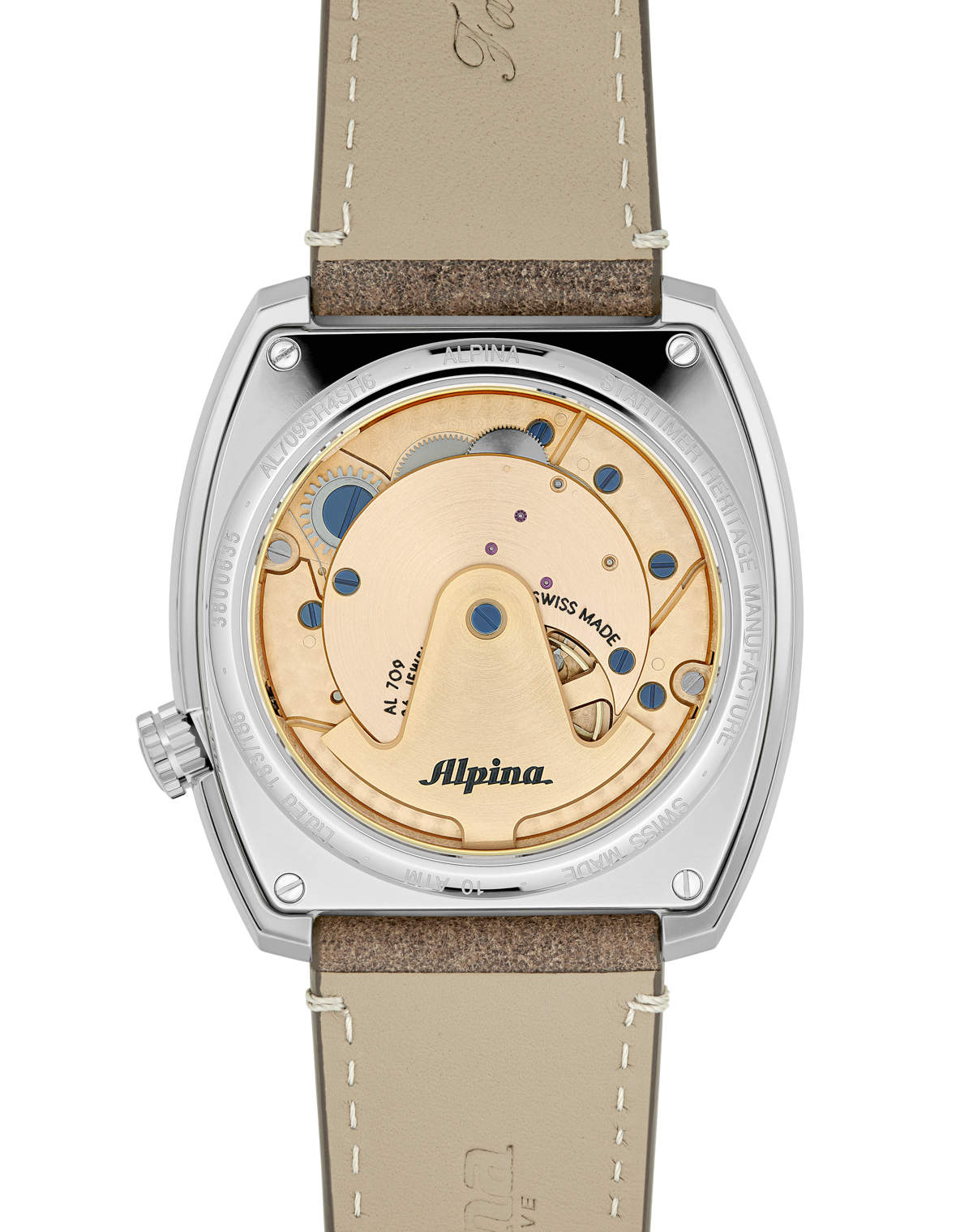