Maison ZILLI is broadening its offering with a new line: ZILLI SPORT, available instore and online by Spring 2020. To celebrate the new chapter of its history, ZILLI SPORT begins with a capsule collection, result of a meeting with the French international football player, Youri Djorkaeff.

“I’m really happy with this working relationship with Youri Djorkaeff, a great player, one that I have always admired. We are starting a new chapter, with the challenges that it brings. Our house was built on its ability to push the boundaries in terms of style and production. The collaboration Youri Djorkaeff by ZILLI SPORT is a wonderful illustration of this.” Laurent Schimel, Chief Executive. 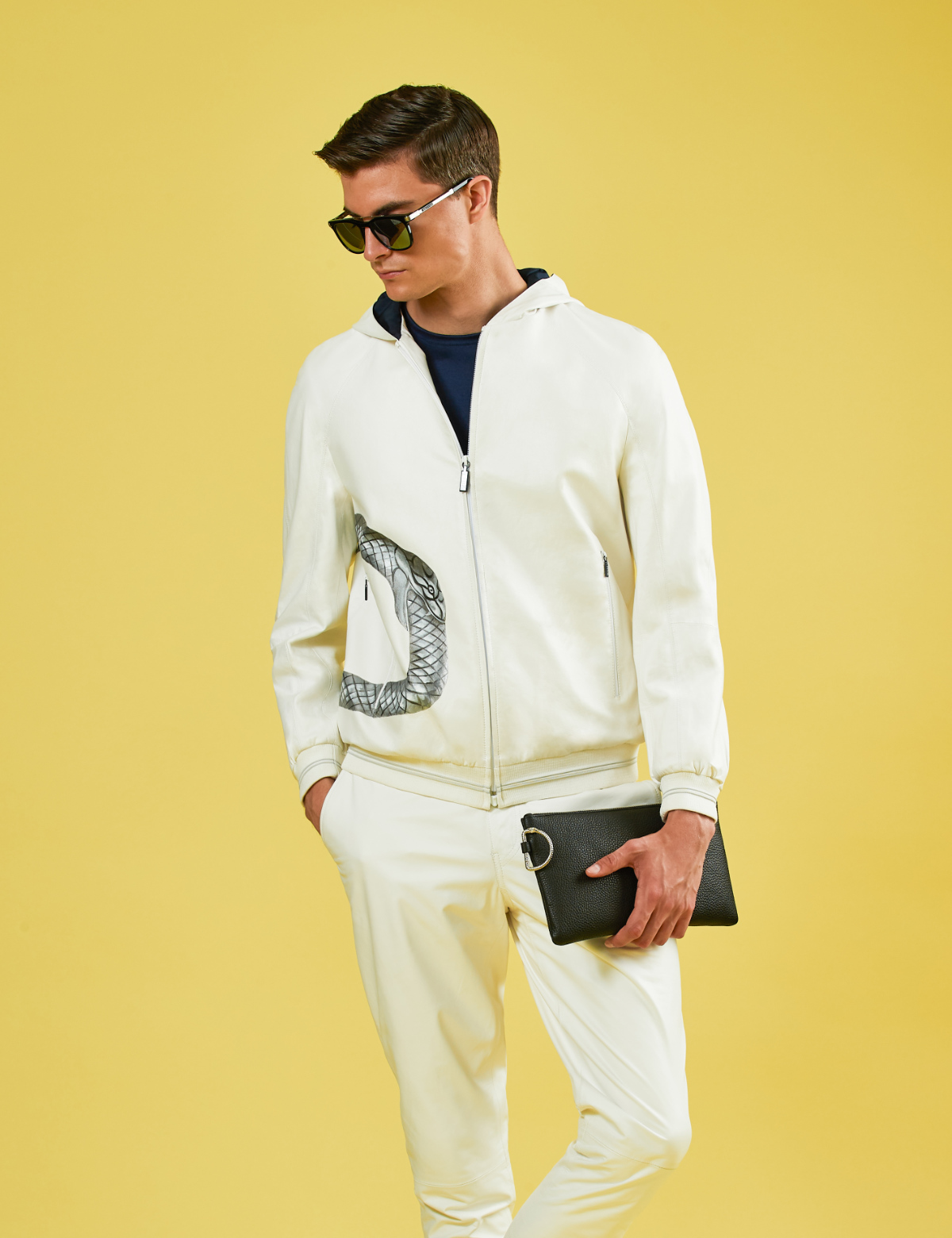 Built on the shared values of excellence, family and Lyon, the Youri Djorkaeff by ZILLI SPORT collection is something of a blank canvas given to the footballer. Things were very clear from the outset: between the man nicknamed the “Snake” and a Maison known for its exotic hides, the serpent has found a home. It glides onto the thirty pieces in the capsule, in the form of an Ouroboros in metal with silver finishing. The symbol of the eternal return, this ancestral figure of a snake biting its tail signs, more or less literally, buttons, belt buckles, linings and keyrings. Moreover, snake leather - the ZILLI Snake – is one of the major fabric used in the collection, mixed with cotton/silk, calf suede, lambskin.

“The idea was to create my ideal 24-hour wardrobe. This means from the shoes to the cap, from the gym to the office, with pieces and colours, especially blue and grey that correspond to me. It is technical and highly skilled at the same time, with lots of work on the materials and the cuts. The collection is modern and forward-looking, something that is very important to me.” Youri Djorkaeff. 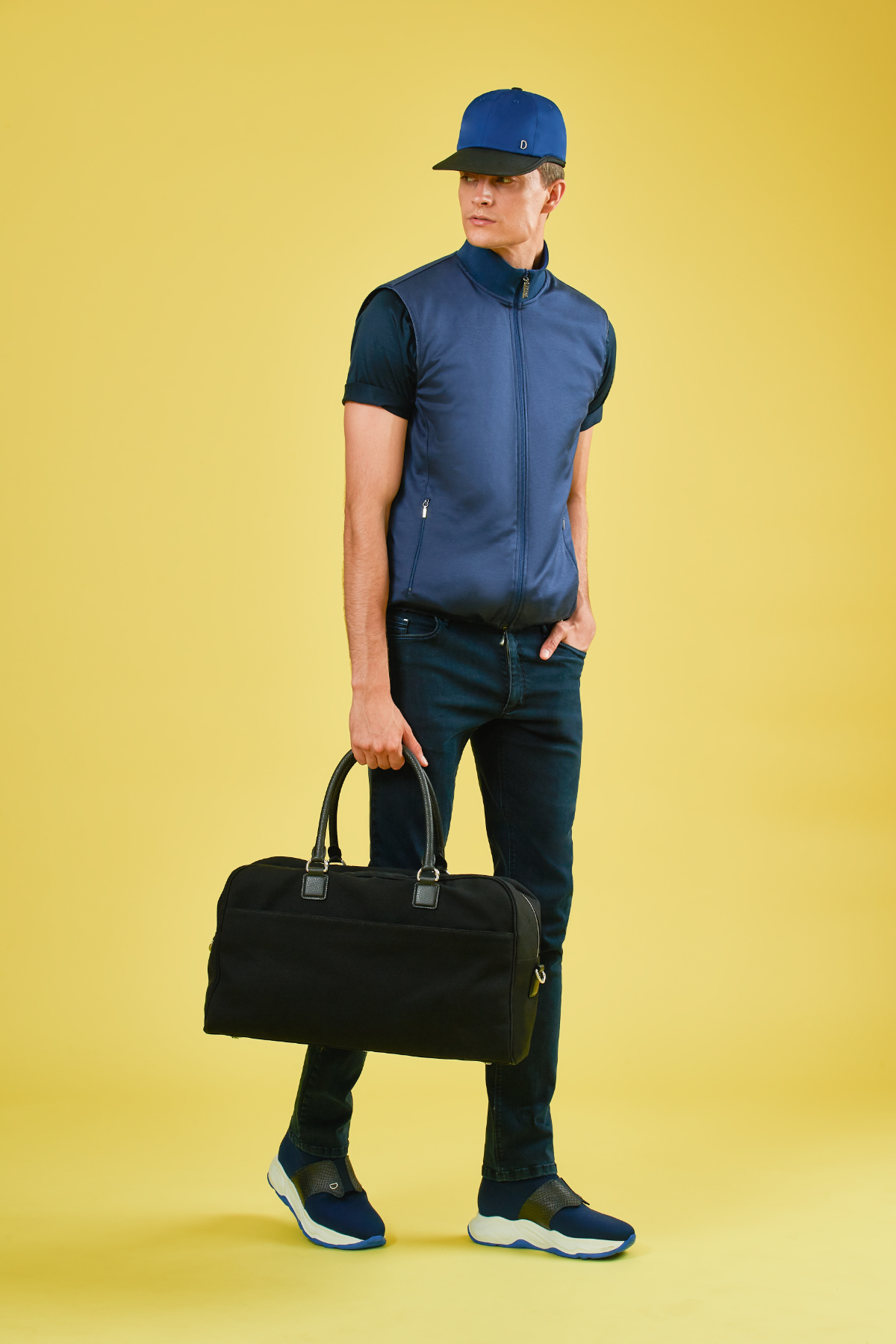 Reflecting the philosophy of the Maison, Youri Djorkaeff by ZILLI SPORT evokes a stylistic expression that associates styles, taking nothing away from the luxury of the materials and the craftsmanship in the production. Revisited, the emblematic jacket in red lambskin is fitted with a hand-painted pattern, in a nod to the jersey number that the player wore on the field.

Essential, sweatpants are presented in three versions, one in cotton and silk and two in hides. The first in white feather-weight lambskin with a silver stripe, the second in blue ZILLI Snake. The anthracite cotton and silk sweatshirt is structured with a contrasting pearl grey collar, underlined by ultramarine stitching. The zipped navy blue hooded sweatshirt with the Ouroboros serpent on the pocket. Cut in 100% silk, the Ouroboros print long-sleeved t-shirt is definitely urban, as are the straight-cut wool and silk trousers or the jeans with midnight blue serpent detail. A detail that is also found on high-rise sneakers with oversized white soles. 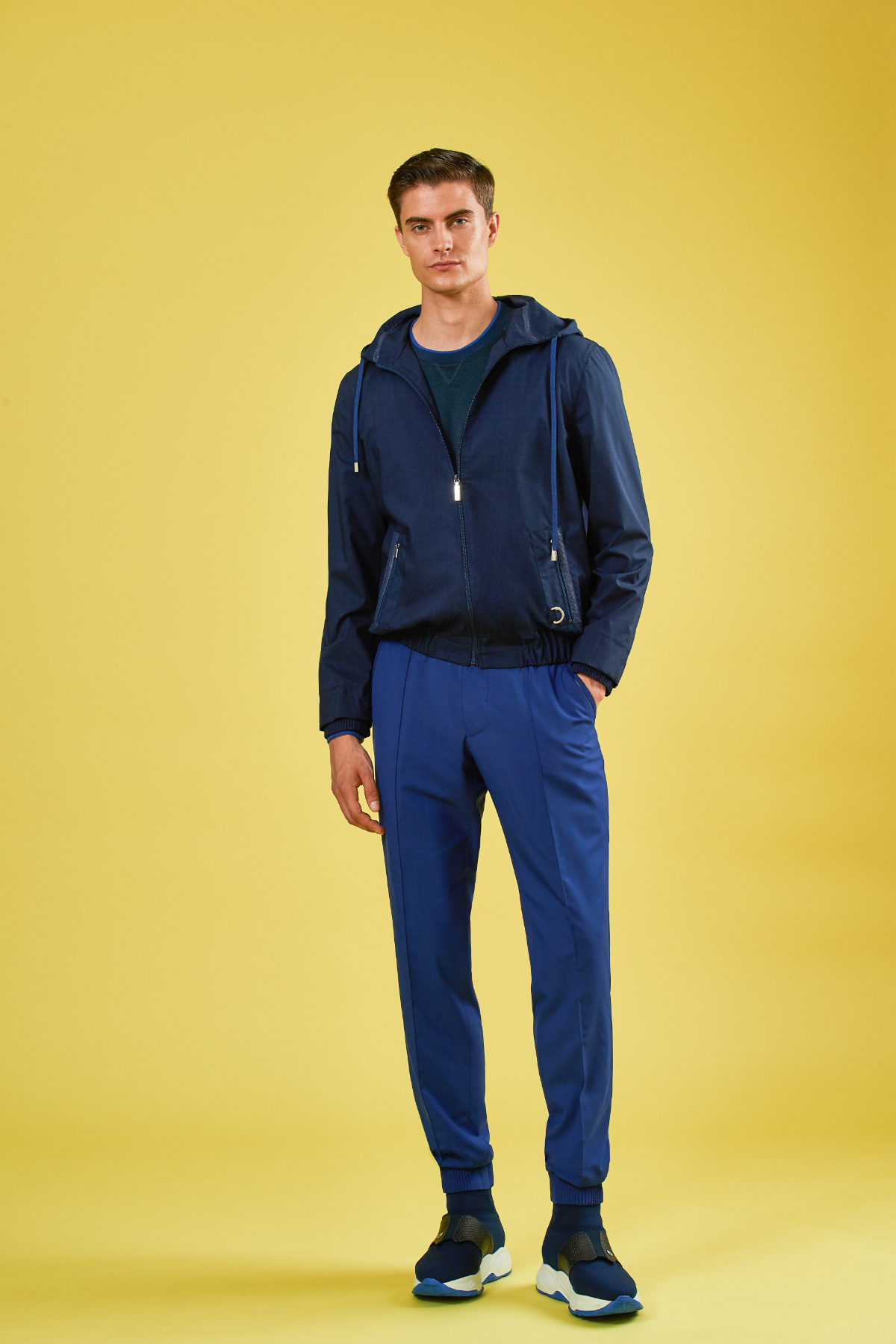 His name comes from Boris Pasternak’s hero, Dr Youri Jivago, and his father is none other than “Tchouki”, a French international footballer.

Brought up in the world of football, the young Djorkaeff was not even sixteen when he captained his team in Division 2. A player for RC Strasbourg, he signed his first professional contract at the age of 19, made his debut with the French team when he was playing for AS Monaco, won the Cup winners Cup with PSG and the World Cup in 1998, when he was with Inter Milan.

After Kaiserslautern and Bolton Wanderers, he crossed the Atlantic to end his career with the New York Metro Stars, where he won his 5th national championship, following France, Italy, Germany and England. Nicknamed the “Snake”, he is one of the few midfielders to be crowned best goal scorer in the French championship. Youri Djorkaeff hung his football cleats in 2007 and has since, dedicated himself to charity work. In September 2019, he has been appointed CEAO of the FIFA Foundation and of the FIFA Legends Club. 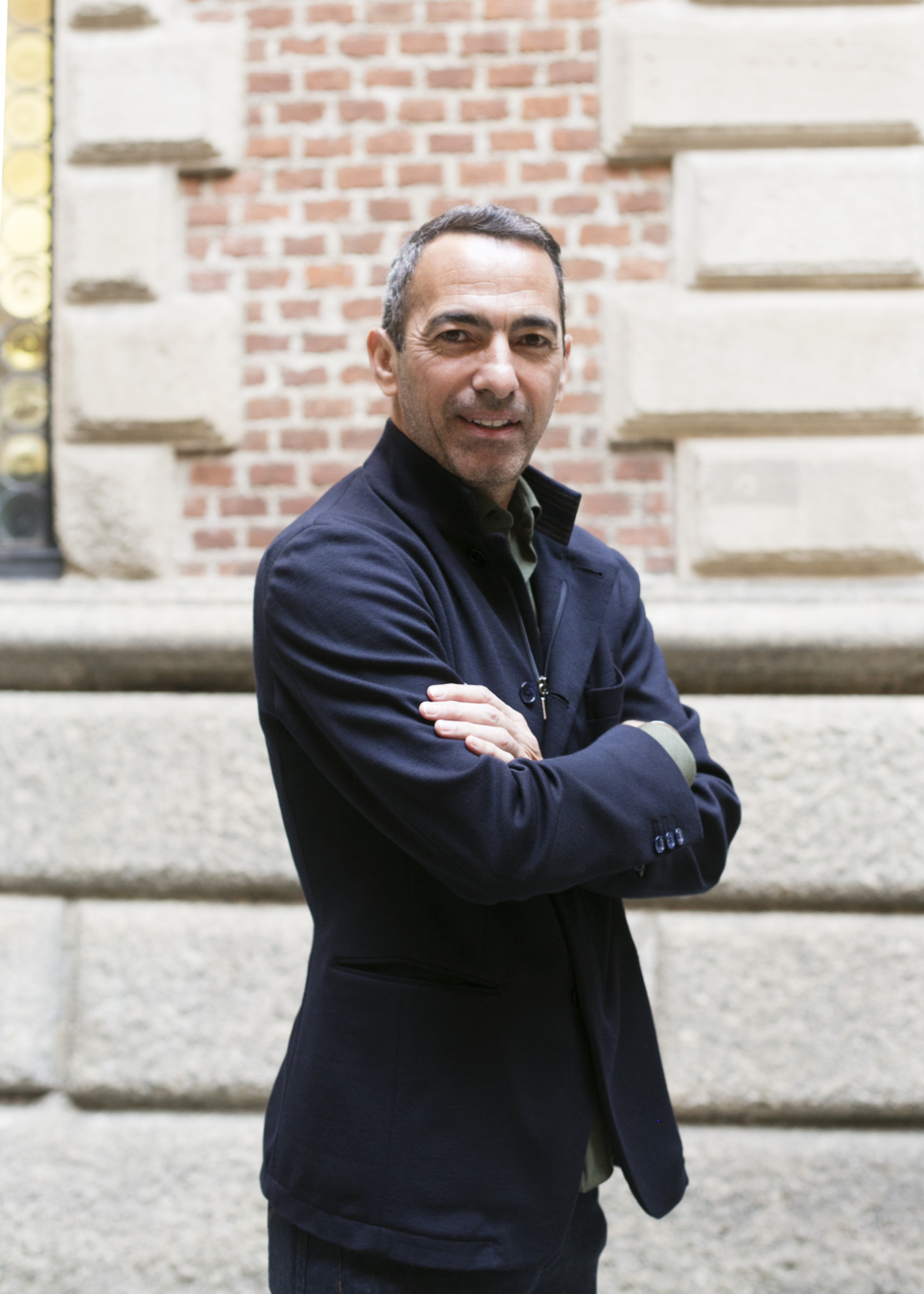 Founded in 1965 in Lyon by its President Alain Schimel, Maison ZILLI launched Luxury sportswear including the now iconic leather jackets. Sublimed by craftsmen in the Lyon workshops, rare hides and exceptional fabrics give rise to unique creations. Over the years ZILLI has developed a complete Luxury menswear wardrobe, from shirts to leather goods, belts, knitwear, jeans, shoes, suits, and eyewear. Strengthened by its international development, today ZILLI has 64 stores around the world and remains an independent family business, awarded the Living Heritage Company label since 2010.