Tiffany & Co. today announced the debut of Atlas X—a bolder, more modern update to the iconic Atlas™ collection. Inspired by the Roman numerals on the iconic clock at the Tiffany Fifth Avenue flagship store and evolving the original Atlas™ designs that launched in 1995, the Atlas X collection is about making your mark in time. Powerful angles, clean lines and statement silhouettes are united with graphic simplicity. Crafted from 18k gold, sterling silver and pavé diamonds, the Roman numeral motif is a constant reminder to take time into your own hands and treasure what matters most. 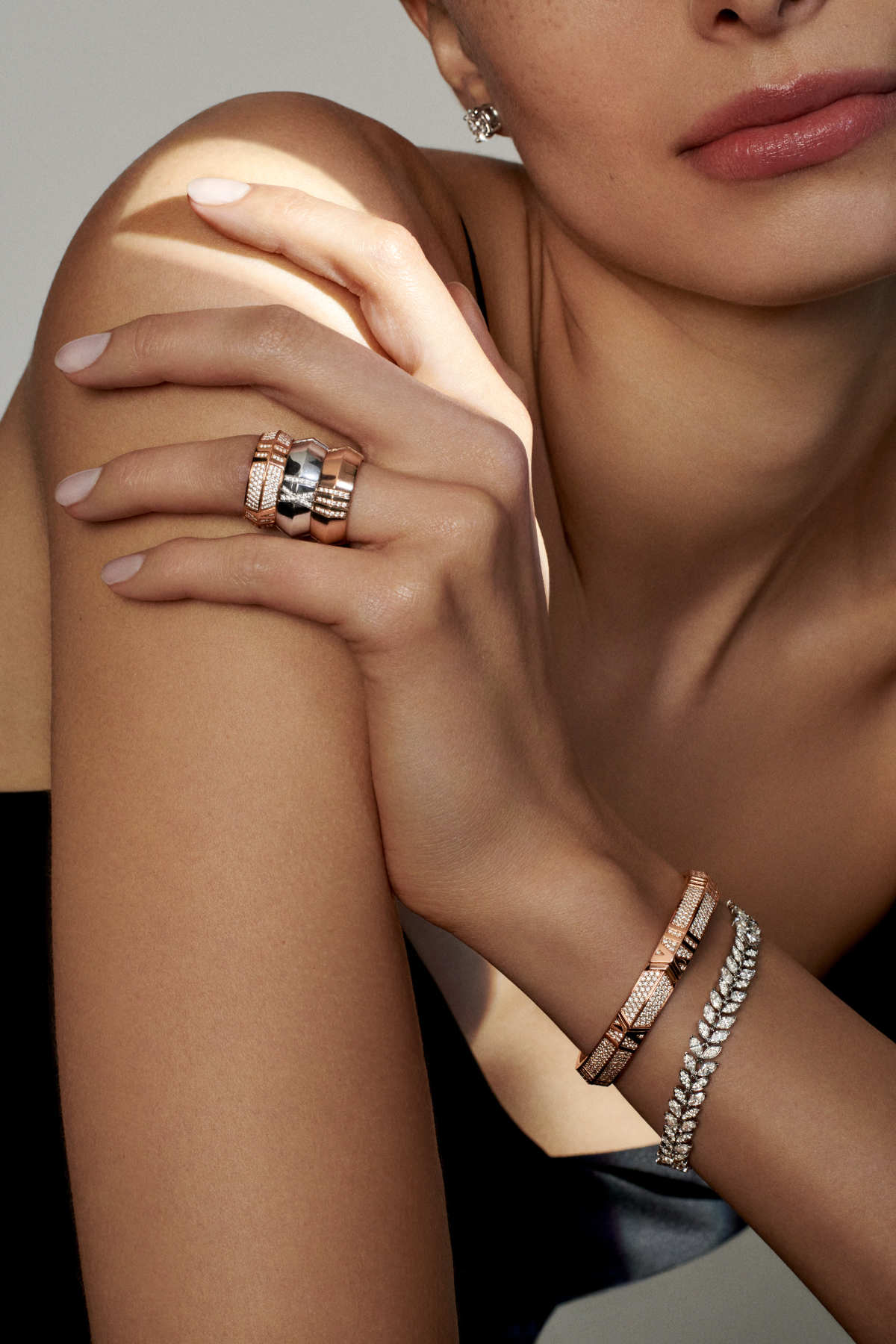 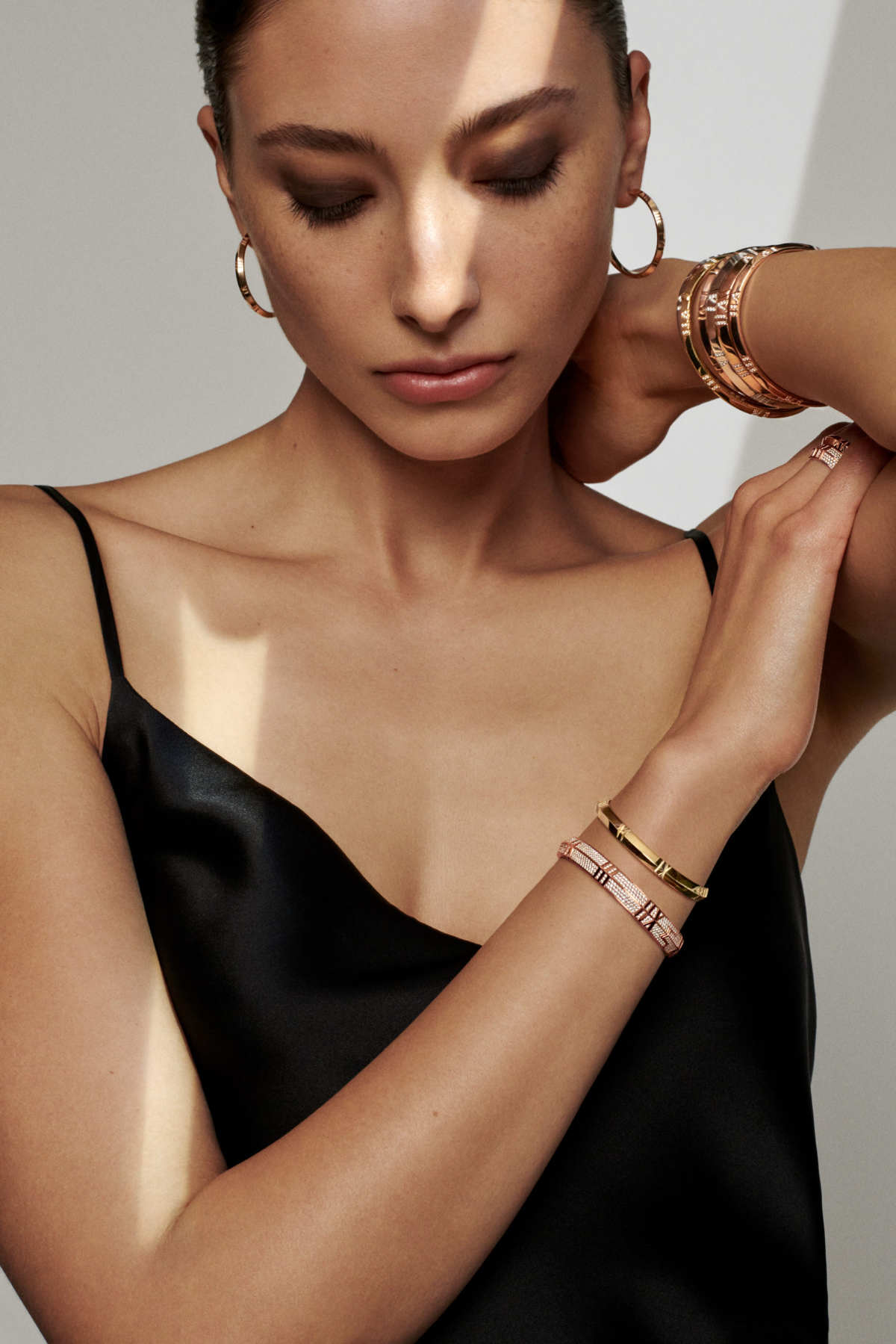 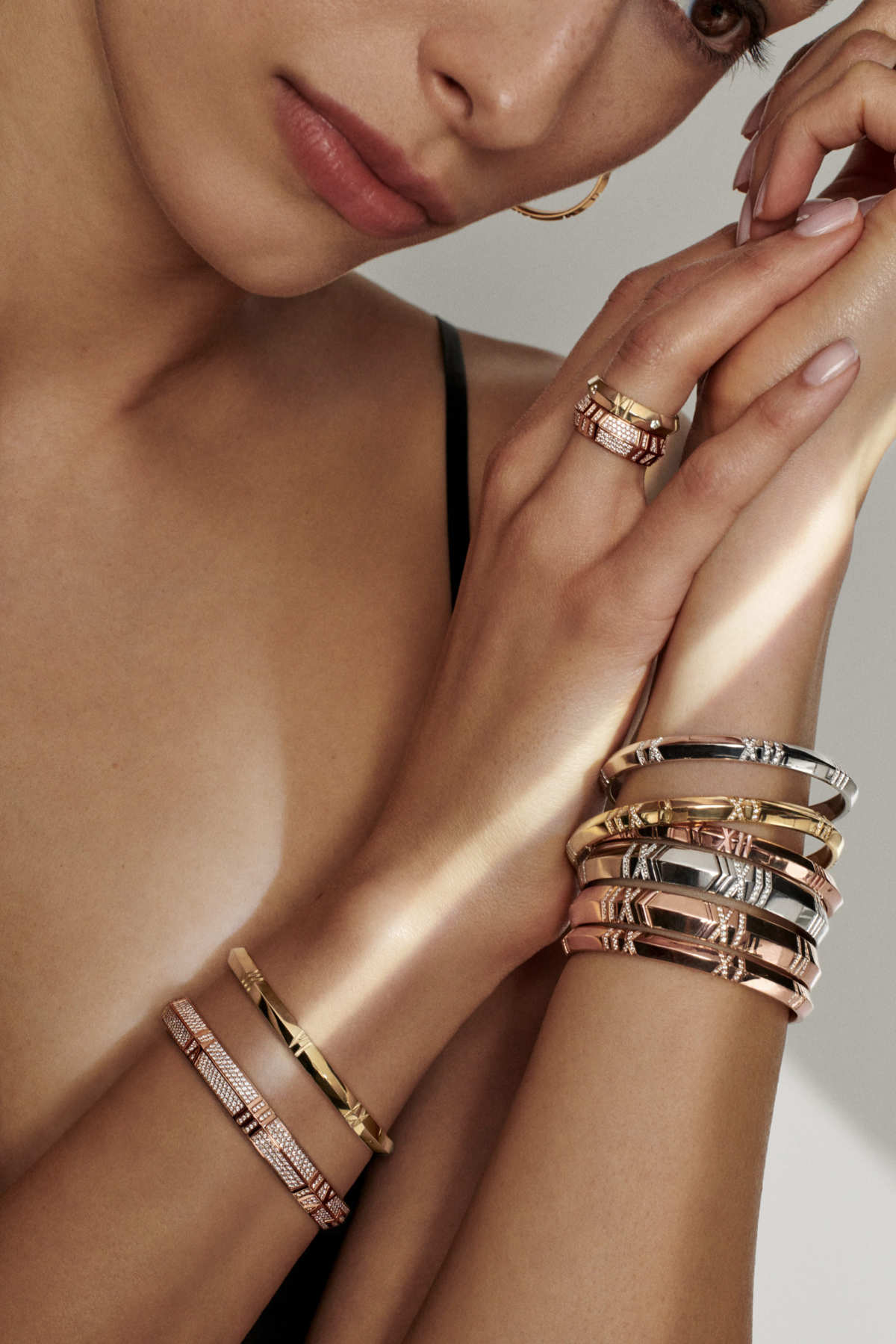 There are three different motifs within Atlas X: Closed, X and Open. In the Closed and Open styles, knife edge profiles—a code of Tiffany’s since the introduction of the Tiffany® Setting engagement ring in 1886— are pushed to a magnified scale for a bold, visual impact. Incised Roman numerals create sharp reflections and shadows that emphasize strong silhouettes. The X styles feature crisscrossing elements that reinforce the collection ethos in a modern way on earrings, pendants and more. 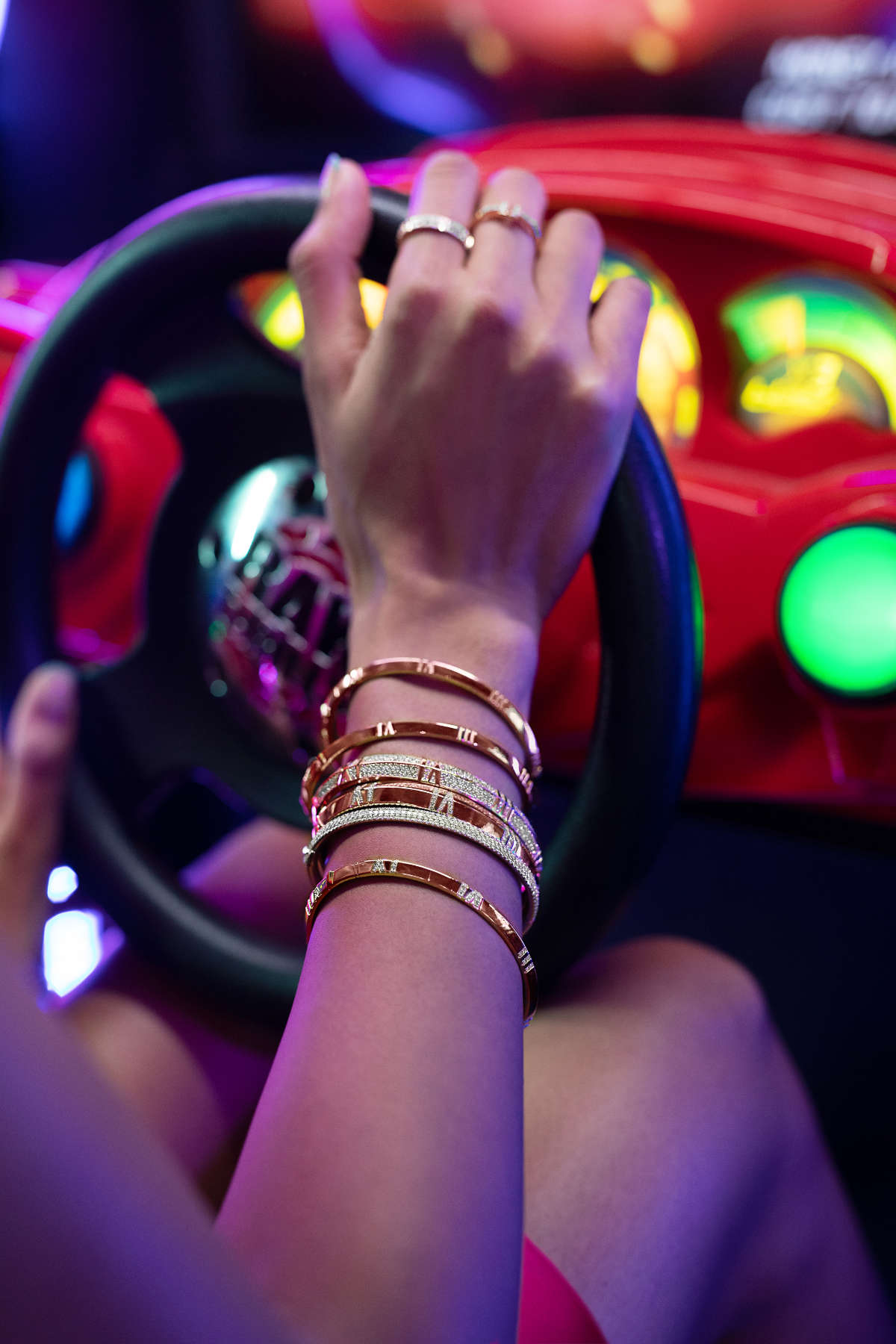 Within the range of Closed, Open and X styles, there are designs with diamond accents that sparkle with intense radiance. The Atlas X wide bangle and ring feature pavé diamonds that are set in a honeycomb pattern that maximizes the appearance of the stones and limits the presence of metal between them. Juxtaposing closed and open forms in a myriad of textures, robust angles and modern proportions, Atlas X offers numerous combinations for stacking, mixing and matching, and endless options for style versatility. 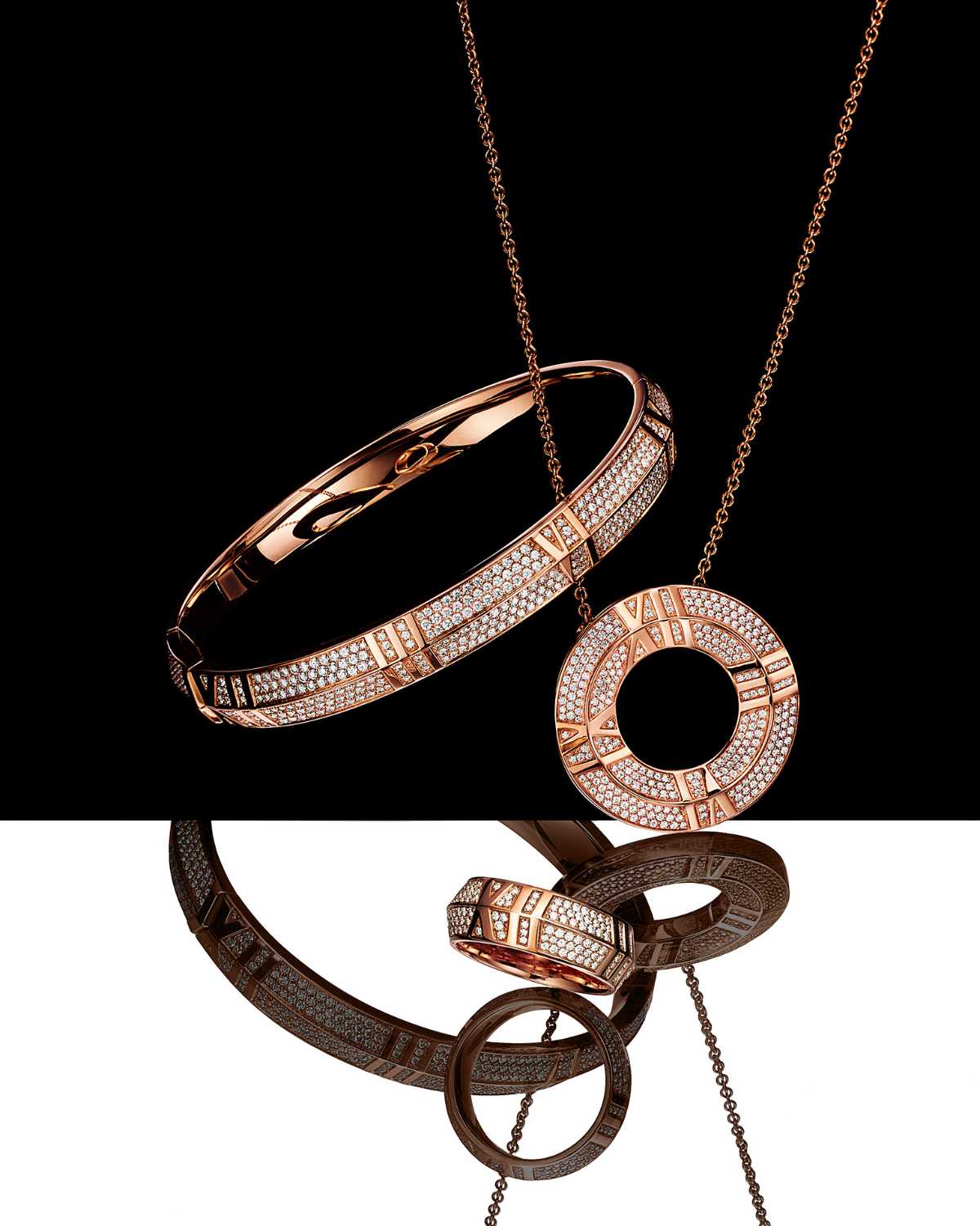 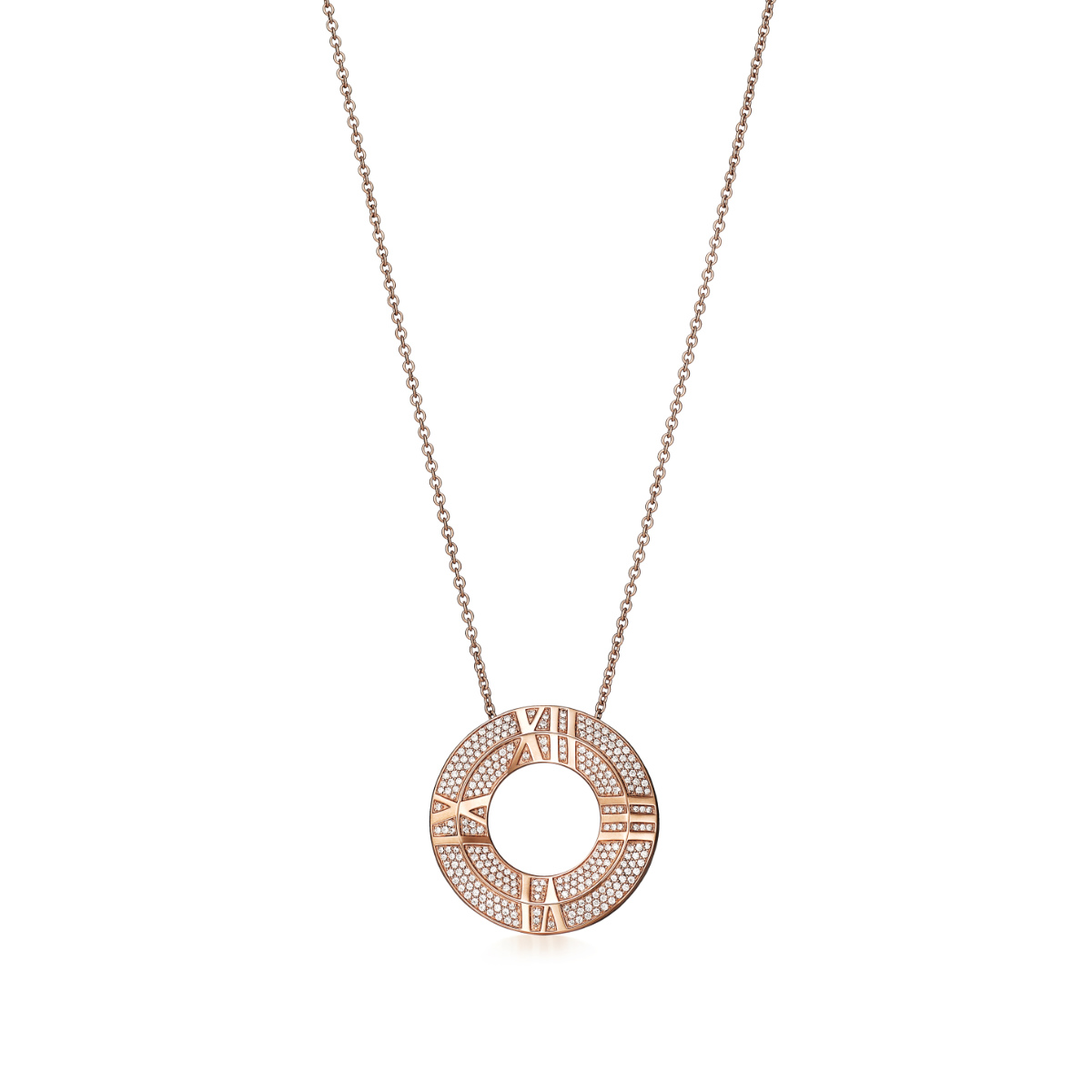 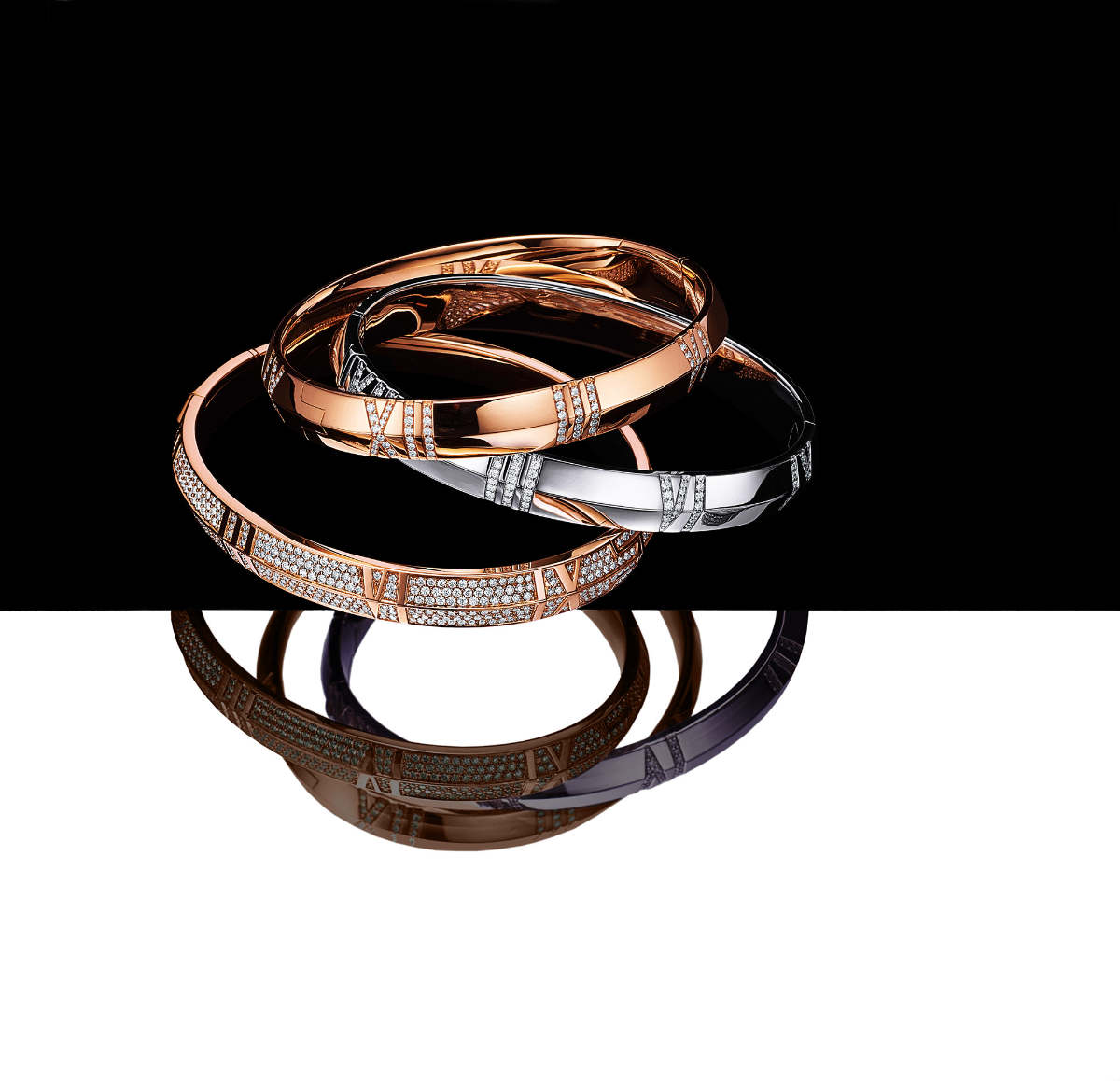 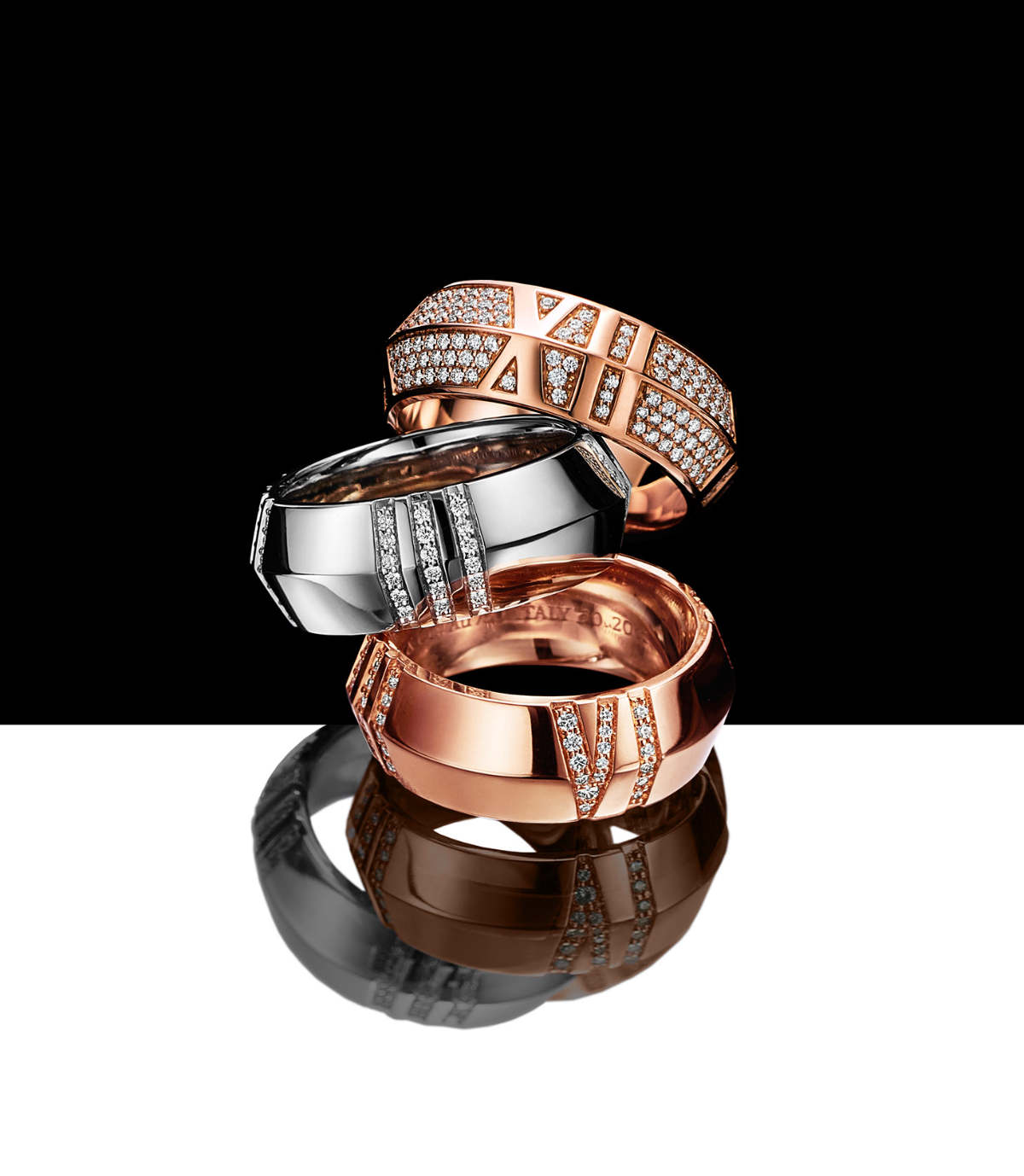 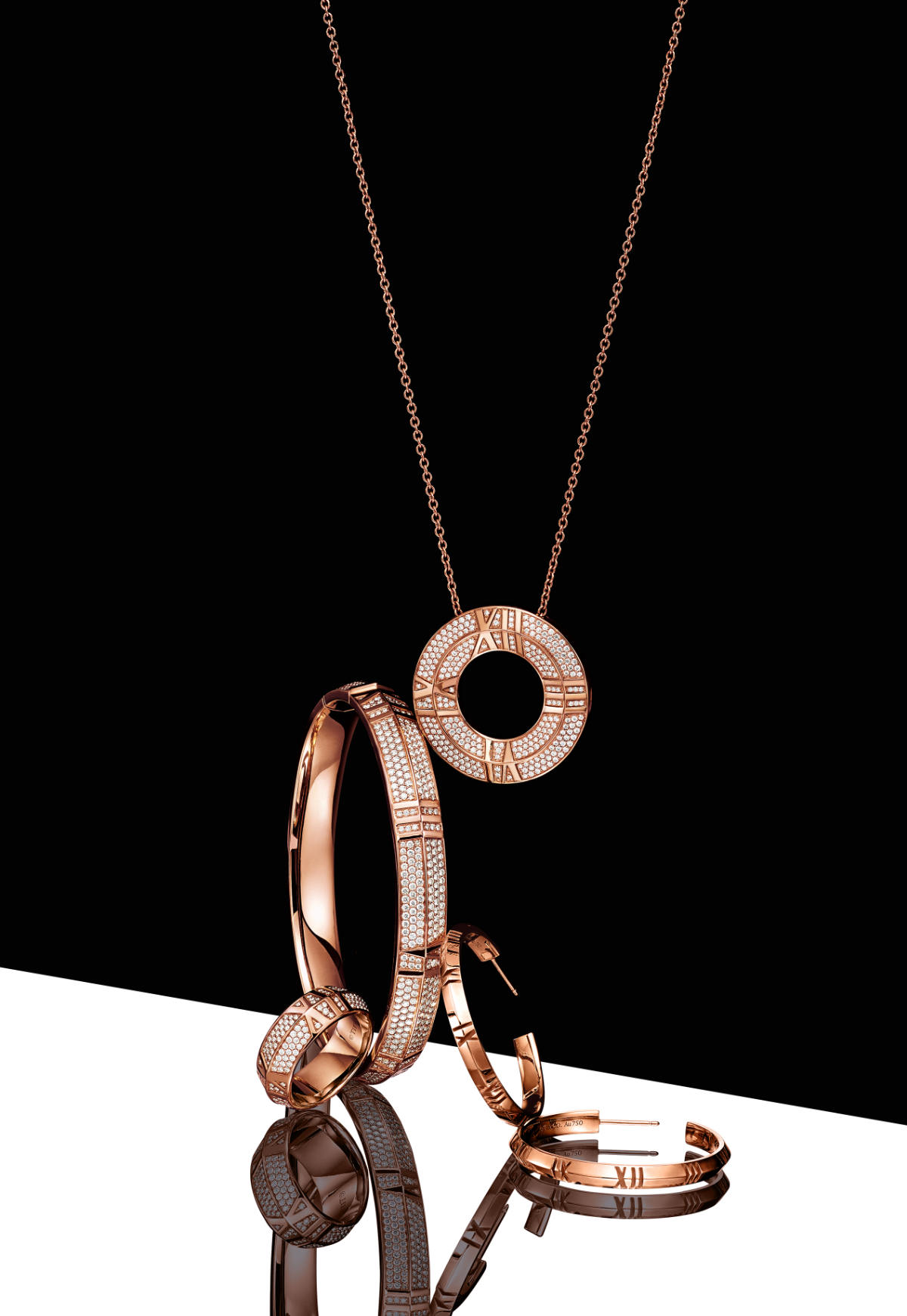