Expected to be its most expensive piece ever, Tiffany will unveil the diamond necklace in 2022 when the doors of its transformed Fifth Avenue flagship store reopen.

Tiffany & Co. announced today that it will reimagine an archival Tiffany high jewelry necklace from 1939. The original aquamarine design has been modernized with an extraordinary oval diamond of over 80 carats, the largest diamond ever offered by Tiffany and eclipsed only by the Tiffany Diamond, which famously is not for sale.

The diamond necklace will be unveiled in celebration of the momentous 2022 reopening of the transformed Tiffany Fifth Avenue flagship store, making history once again, just as the original necklace did nearly a century ago when it debuted at the World’s Fair in Queens, New York.

“What better way to mark the opening of our transformed Tiffany flagship store in 2022 than to reimagine this incredible necklace from the 1939 World’s Fair, one of our most celebrated pieces when we opened our doors on 57th Street and Fifth Avenue for the first time,” said Victoria Reynolds, Tiffany & Co. Chief Gemologist. “The new necklace perfectly reflects our brand heritage as a New York luxury jeweler, whose founder was known as the ‘King of Diamonds.’”

The breathtaking center stone—an over-80-carat, D color, internally flawless oval diamond—is not only very rare, it is a symbol of Tiffany’s industry-first approach to diamond traceability. Responsibly sourced in Botswana, Africa, the diamond will be set by Tiffany artisans in New York City.

The original necklace’s sizable aquamarine and exceptional diamond forms entranced the millions who came to admire the international spectacle. With its forward-looking theme, “Dawn of a New Day,” the 1939 World’s Fair promised a glimpse into “the World of Tomorrow.” The fair’s intention was to inspire, in its over 44 million visitors, the dream of a better and more effervescent tomorrow. Tiffany’s masterpiece did just that—setting the stage for the opening of its iconic flagship store on 57th Street and Fifth Avenue the following year, in 1940—foreshadowing what will be a similarly historic moment for the brand in 2022.

Tiffany has acquired many rare and remarkable gemstones for its jewelry designs in its 183-year history, including the legendary Tiffany Diamond, one of the world’s largest and finest fancy yellow diamonds, as well as the Hooker Emerald, now exhibited at the Smithsonian and the Mazarin Diamonds, purchased by Tiffany at the auction of the French Crown Jewels. 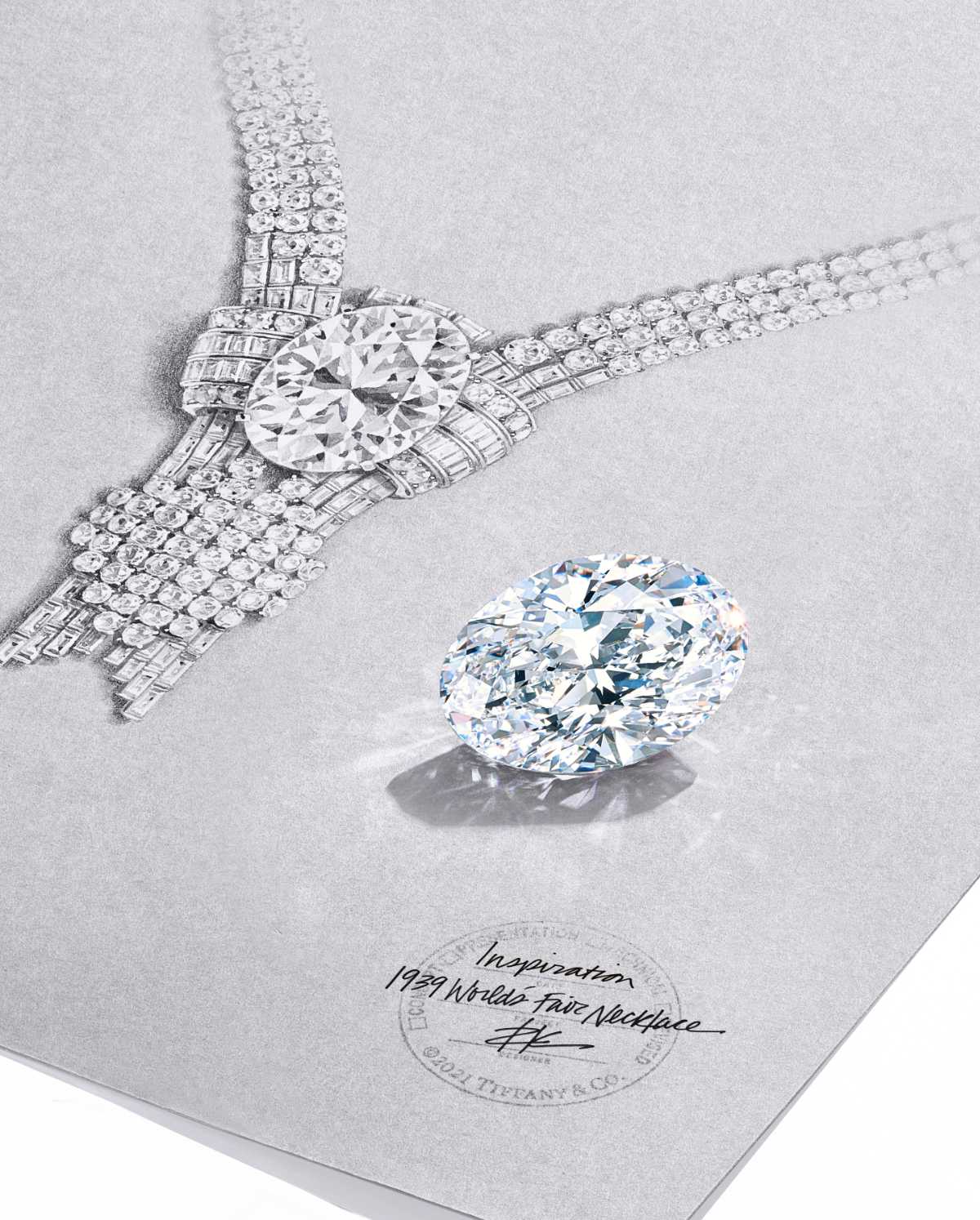 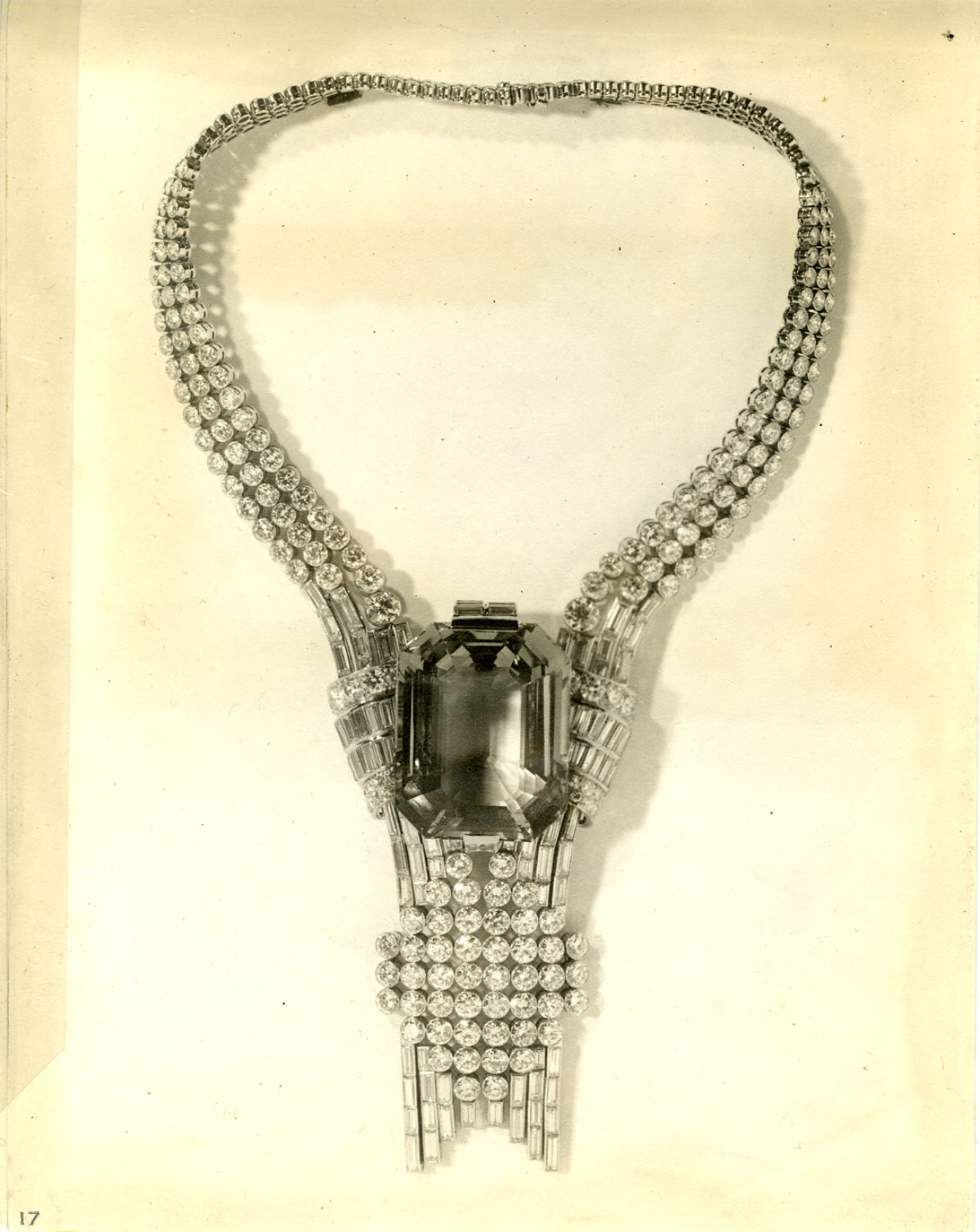 Photograph of the aquamarine and diamond necklace from the 1939 World’s Fair_Tiffany & Co. Archives